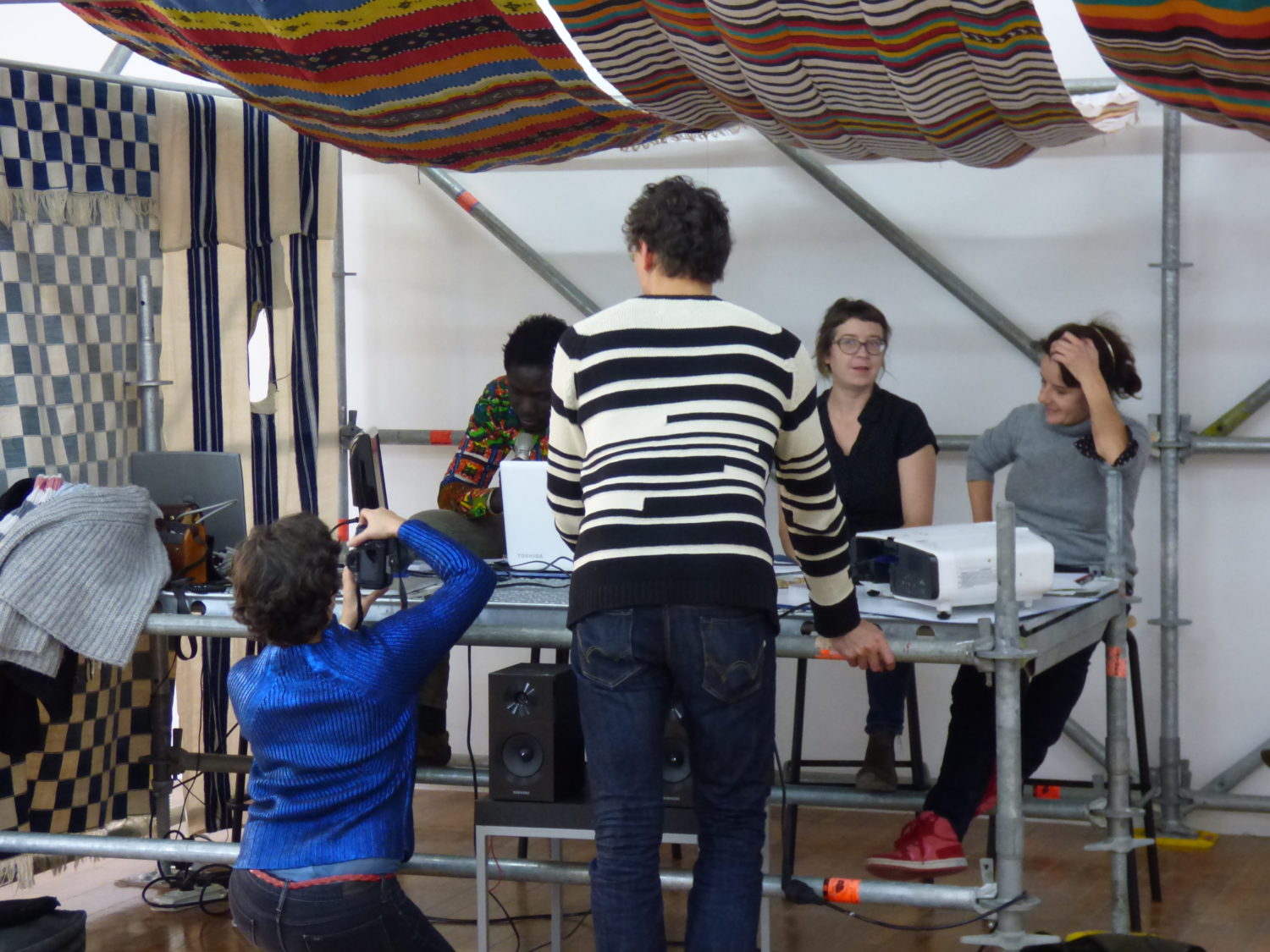 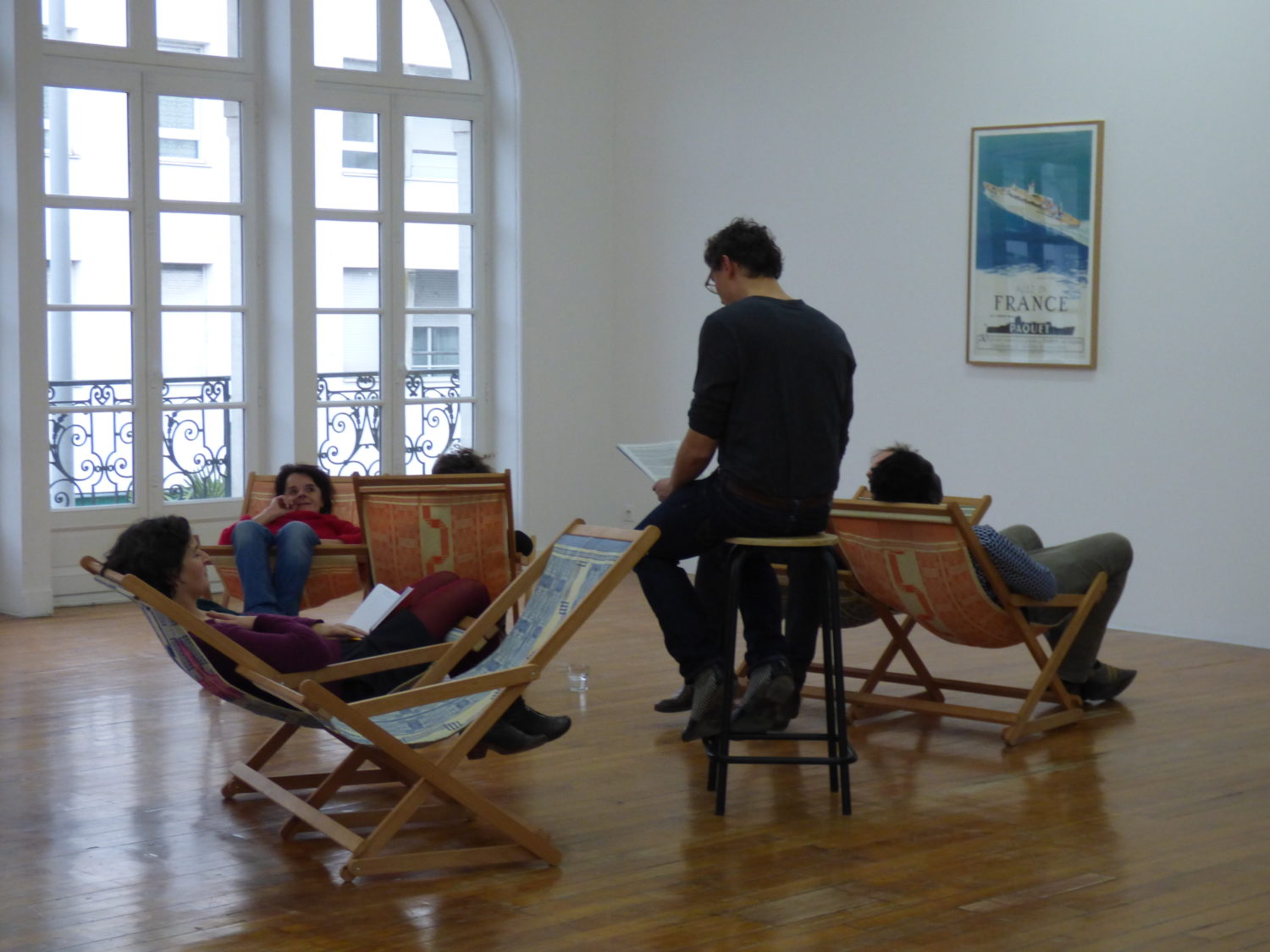 On the first floor of the Grand Café, Patrick Bernier & Olive Martin present a research space dedicated to the writing of a film about the liner Ancerville, which left the Saint Nazaire shipyards in 1962 to link Marseille and Dakar. Setting up their workshop in a tent, they pushed their investigations into the romantic history of this ship to trace a singular history of globalization.

To accompany them in their investigations, the duo invites the collective Ruser l’image to look back at 1973, the year in which the liner was handed over to the People’s Republic of China; the release of Djibril Diop Mambety’s film “Touki Bouki”, in which Ancerville appears; and the death in detention in Gorée of Omar Blondin Diop, a figure of Senegalese student revolutionary activism.

Ruser l’image is a variable geometry research collective dedicated to multidisciplinary works and reflections that aim to challenge cultural, racial and social stereotypes and clichés.

Emmanuelle Chérel, art historian and Lotte Arndt, researcher in cultural studies, will be present at this event, as will their guests Khouma Mamadou Gueye, filmmaker, Marie-Pierre Groud, filmmaker, and Vincent Meessen, artist.

Thursday, December 15 at 8:30pm
Showing of the film “Touki Bouki” by Djibril Diop Mambety
Preceded by a debate in the presence of the collective Ruser l’image and Khouma Mamadou Gueye and Vincent Meessen
Jacques Tati Cinema
In Dakar, where he came to sell his herd, a shepherd meets a student. Both dream of going to Paris and all means are good for them to get the money for the trip. After many adventures, they find themselves on the deck of a departing boat. But Mory finally refused to leave, understanding that this dream was only a decoy.