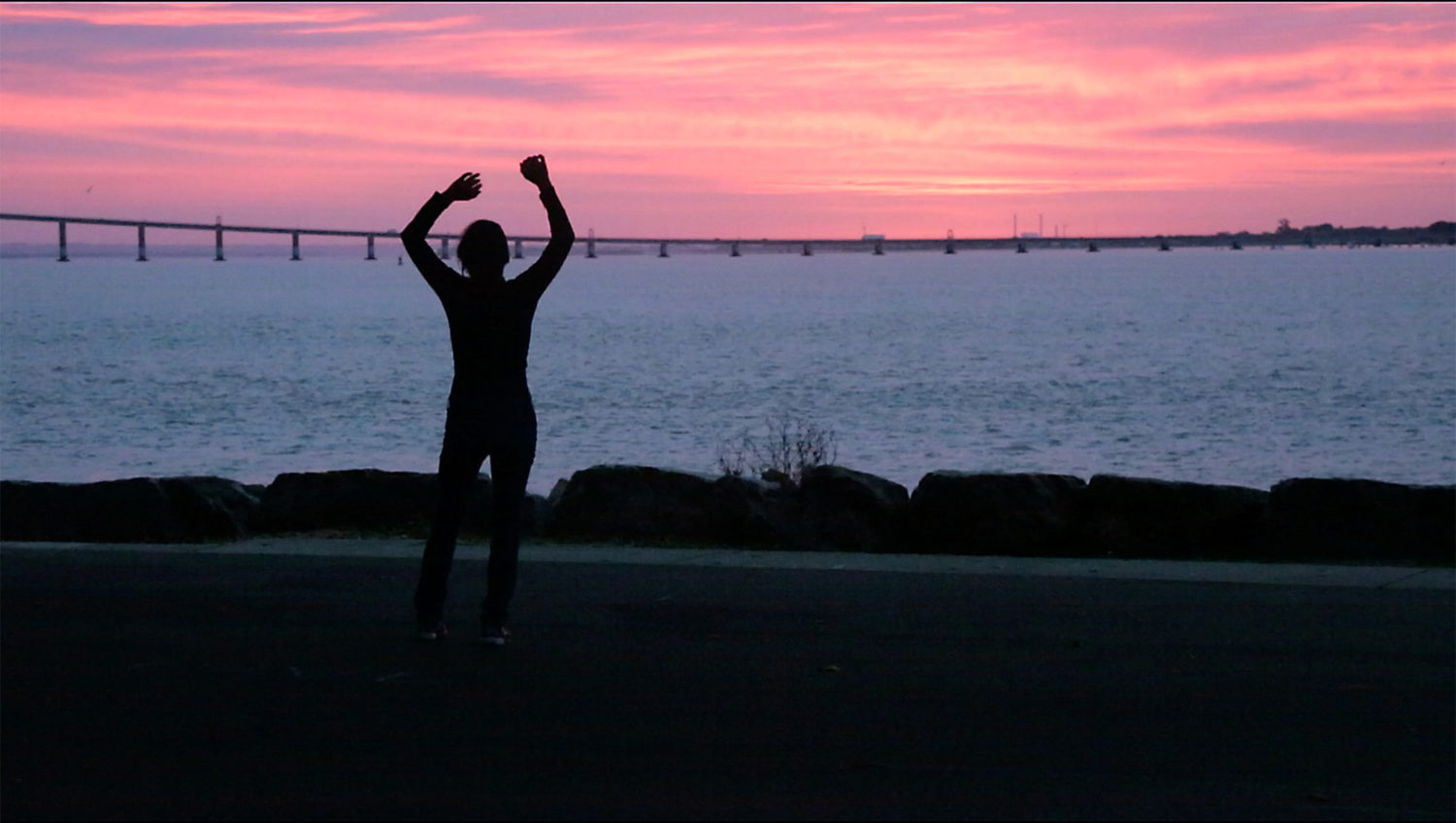 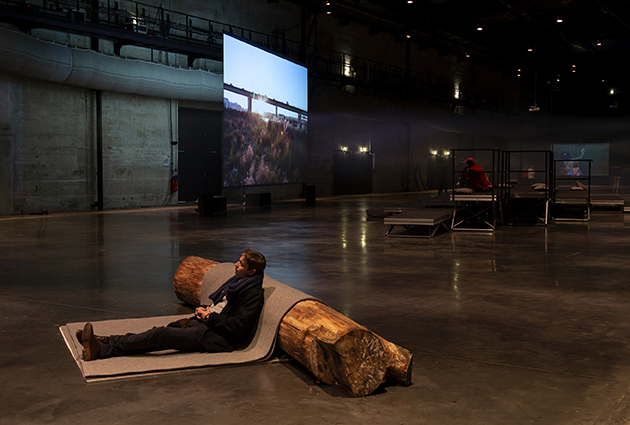 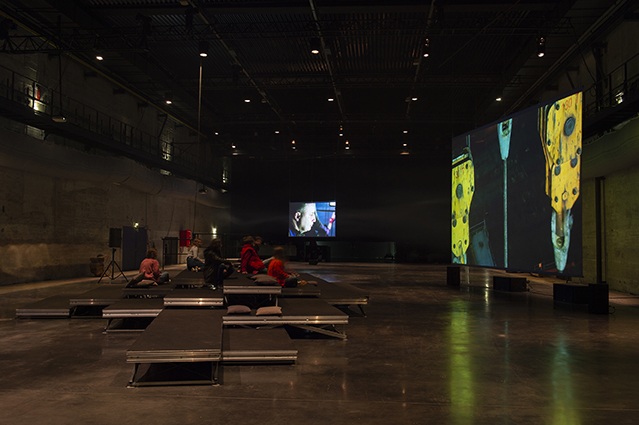 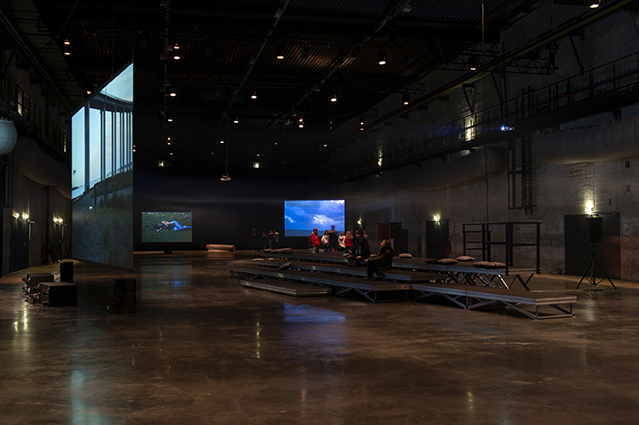 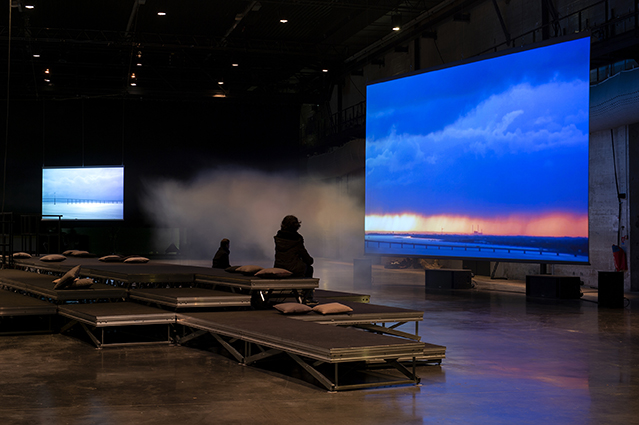 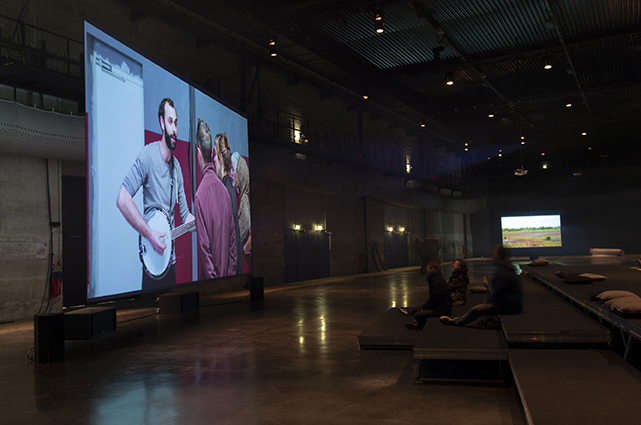 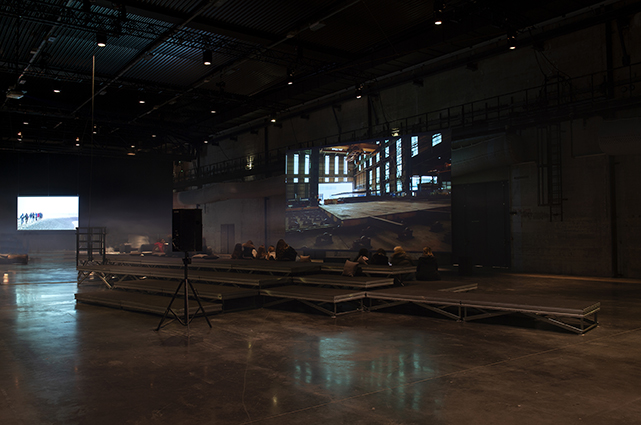 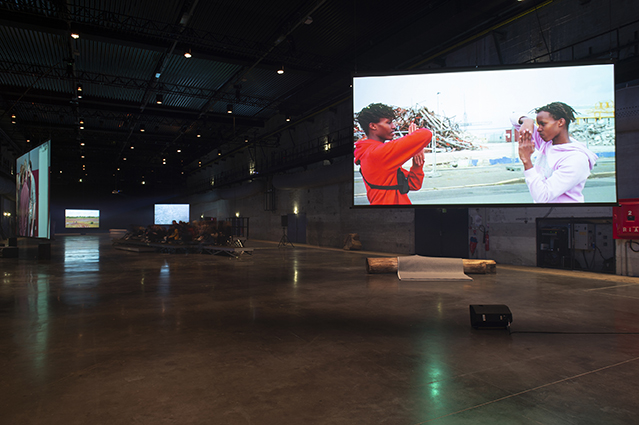 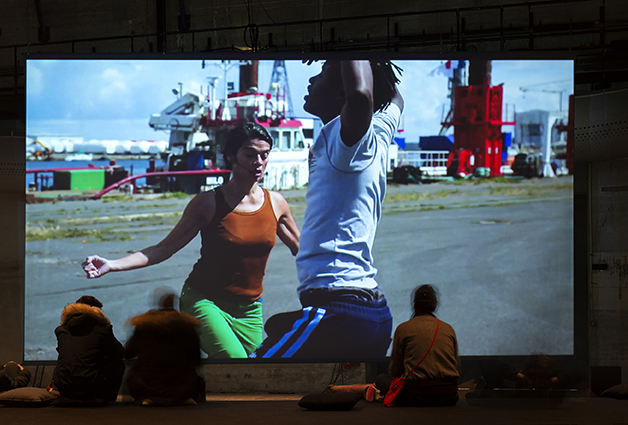 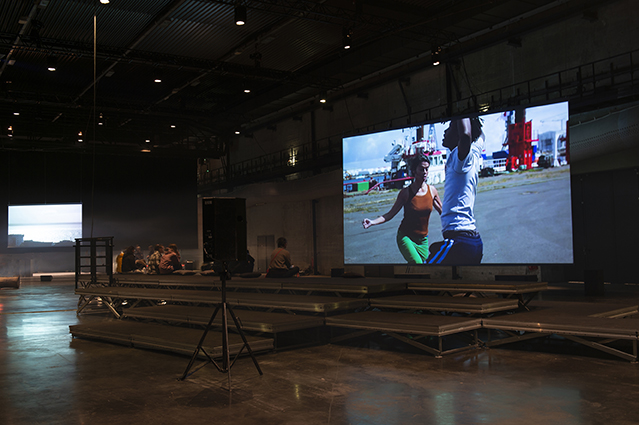 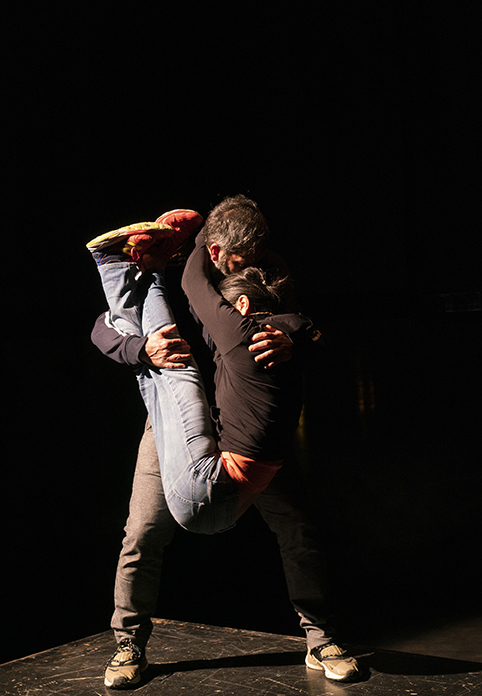 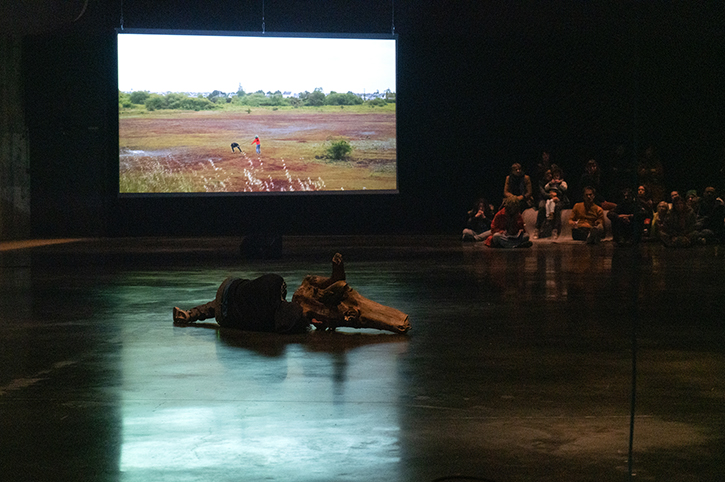 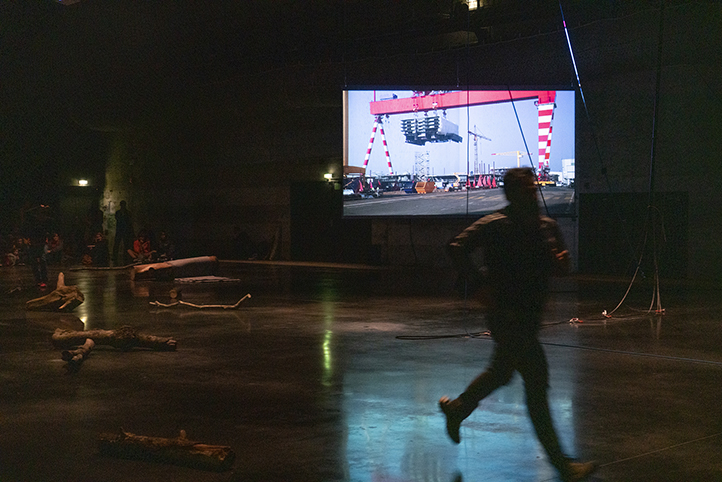 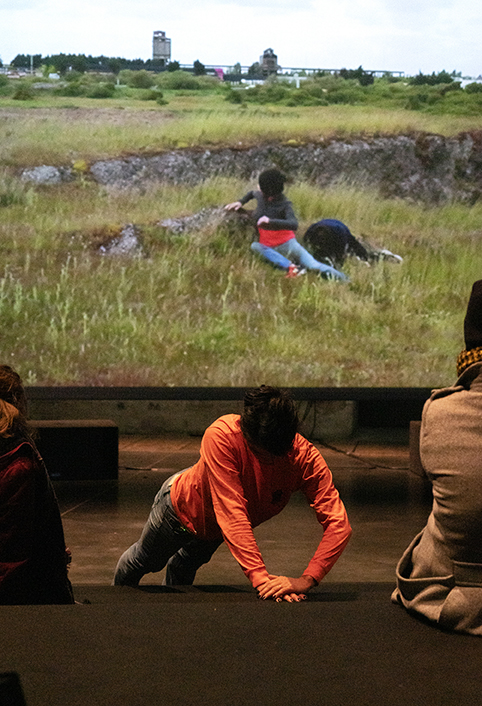 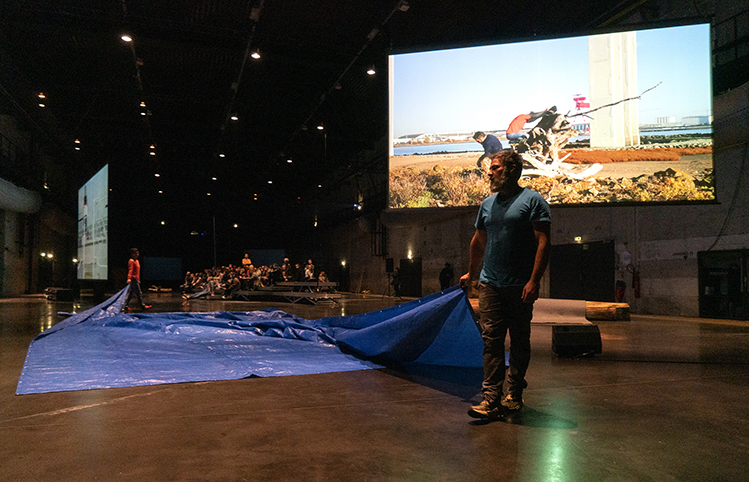 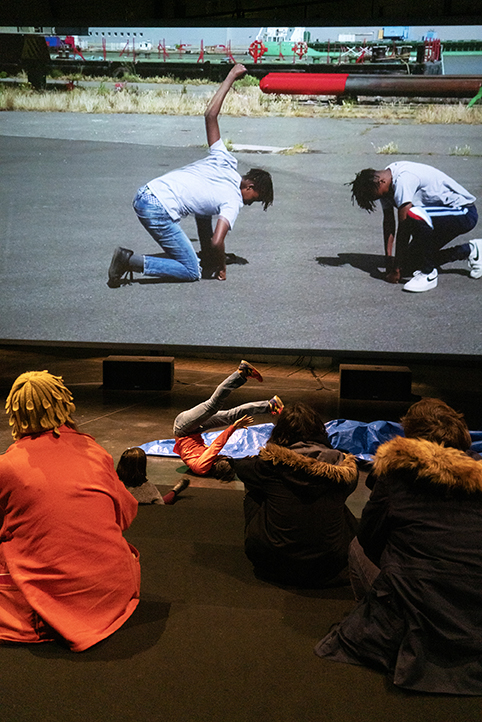 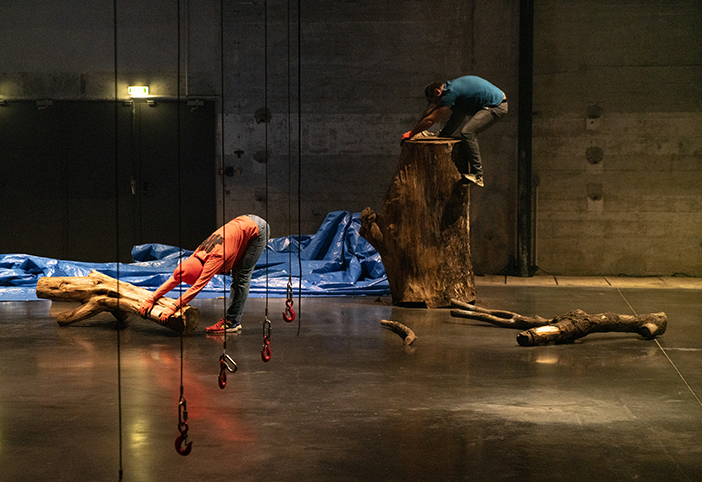 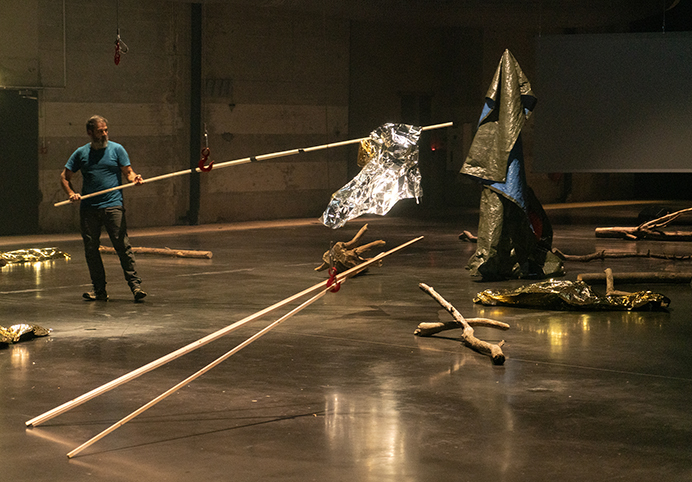 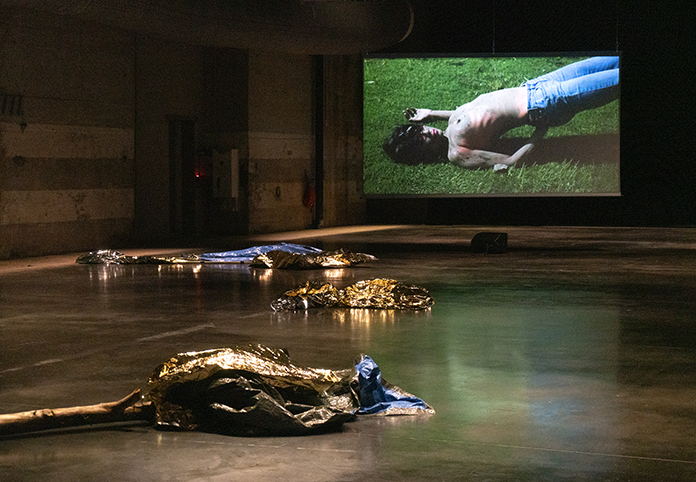 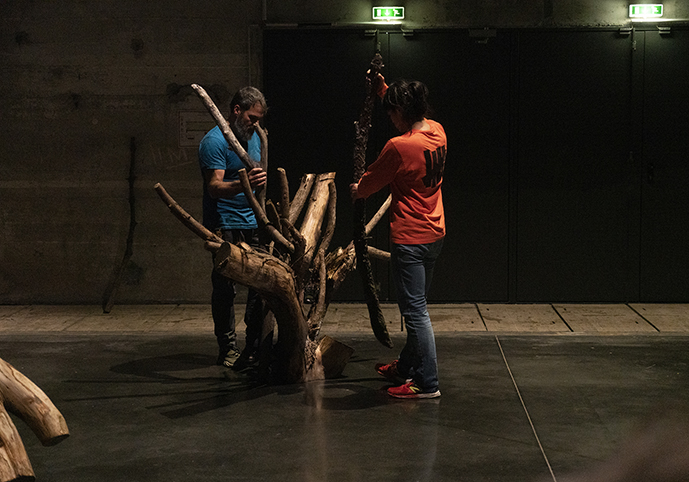 Emmanuelle Huynh and Jocelyn Cottencin’s 2017 New York-related project A Taxi Driver, an Architect and the High Line laid the foundations of a cycle of work that examines urban areas and the history and present states of sites through gesture and movement. Emmanuelle Huynh and Jocelyn Cottencin come from different disciplines, dance and performance for the first, visual art and graphic design for the second, but in their collaboration the recurring questions that span their respective work find a space for expansion and experimentation. They are interested in territories, contexts, bodies and stories, but not in a documentary sense. It is, instead, about wanting to create oppositions between images that treat reality as a fictional framework, so as to bring out the artistic, social and political questions they feel are important to address right now.

We’ve Come Too Far to Forget Who We Are is not a descriptive portrait of Saint-Nazaire the town, but a polysemous account circumscribed by this very singular area. Saint-Nazaire is a town with a strong history, built upon a particularly powerful collective and group dynamic. A paradoxical town where the rhythm of industry is regulated by the forces of nature: where the estuary, tides, and the wind impose their laws on the departure of cruise liners that are more imposing than buildings; where the town’s former German submarine base is regenerated as a music venue, art space, viewing platform and wild gardens; a town where communities from Europe and elsewhere come together, and which was once a gateway to and from America.

We’ve Come Too Far to Forget Who We Are is made from the confrontation between this organic rhythm and the representation of labour and production in contemporary society – images of groups engaged in shared movements – and also with singular figures who inhabit and imagine their town through their body and their history. Gesture and movement become vectors in the production of ephemeral memory in environments, within which there is always the possibility that utopian figures could emerge.

Emmanuelle Huynh
Born in 1963.
Lives at Rennes and works all over the world.