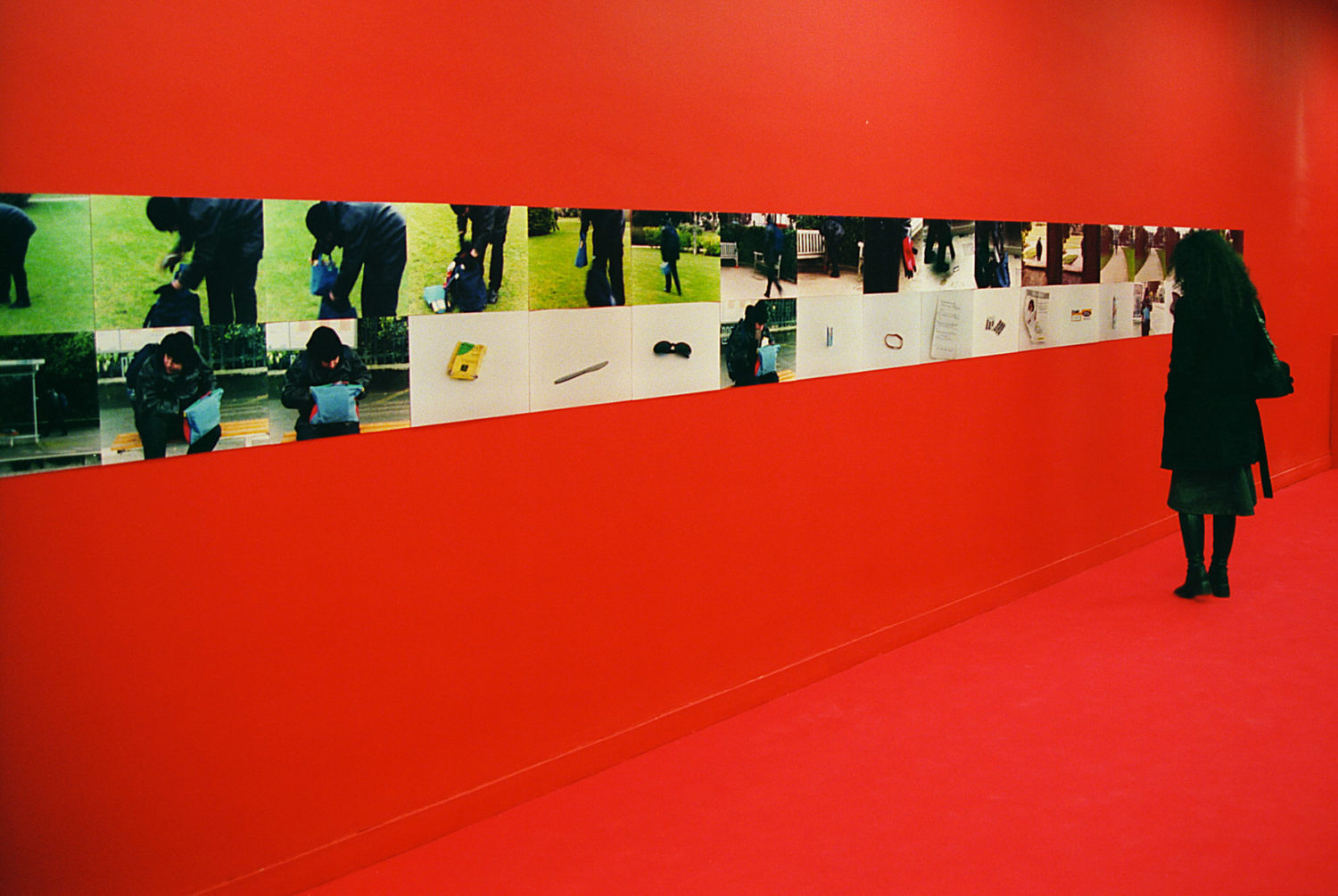 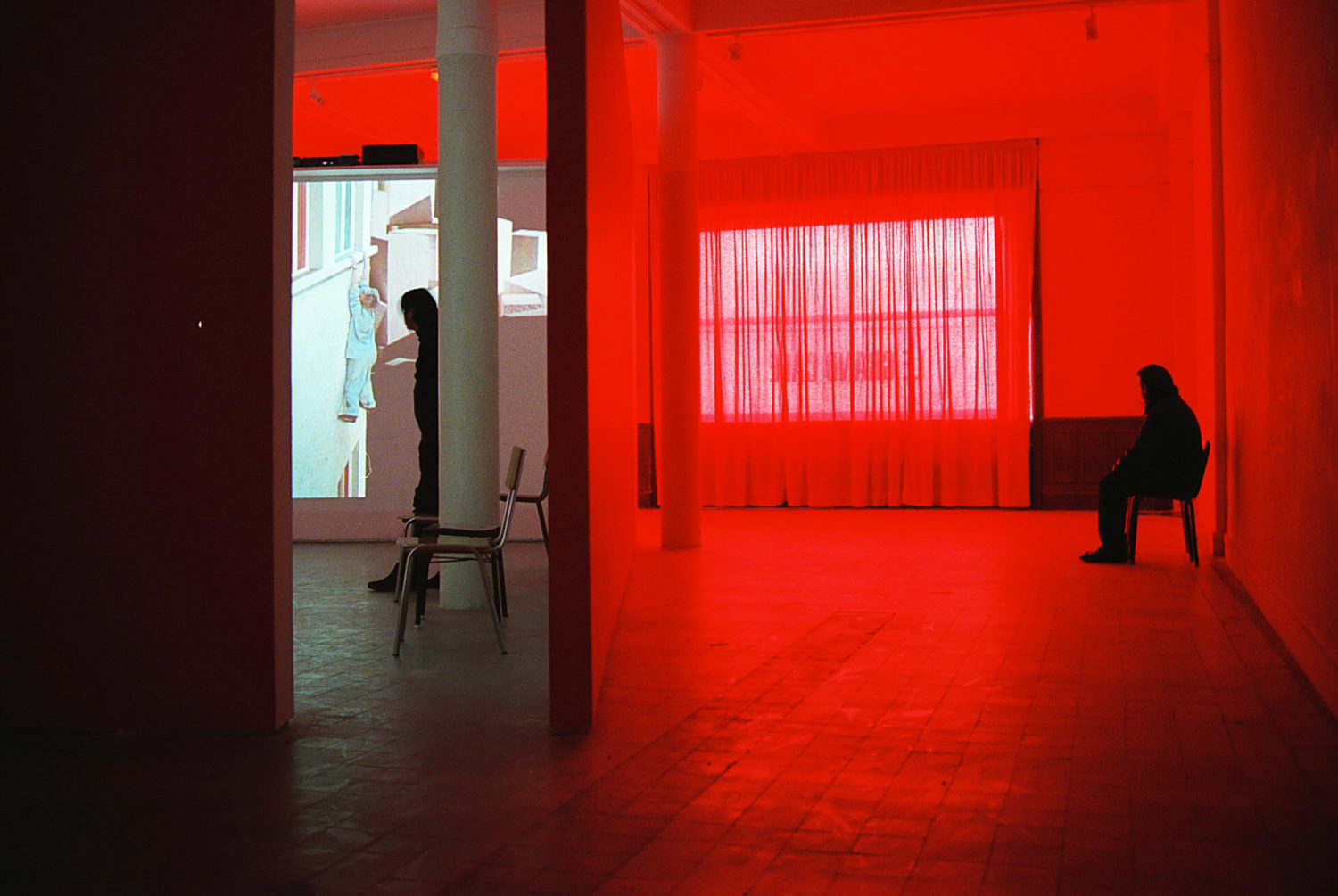 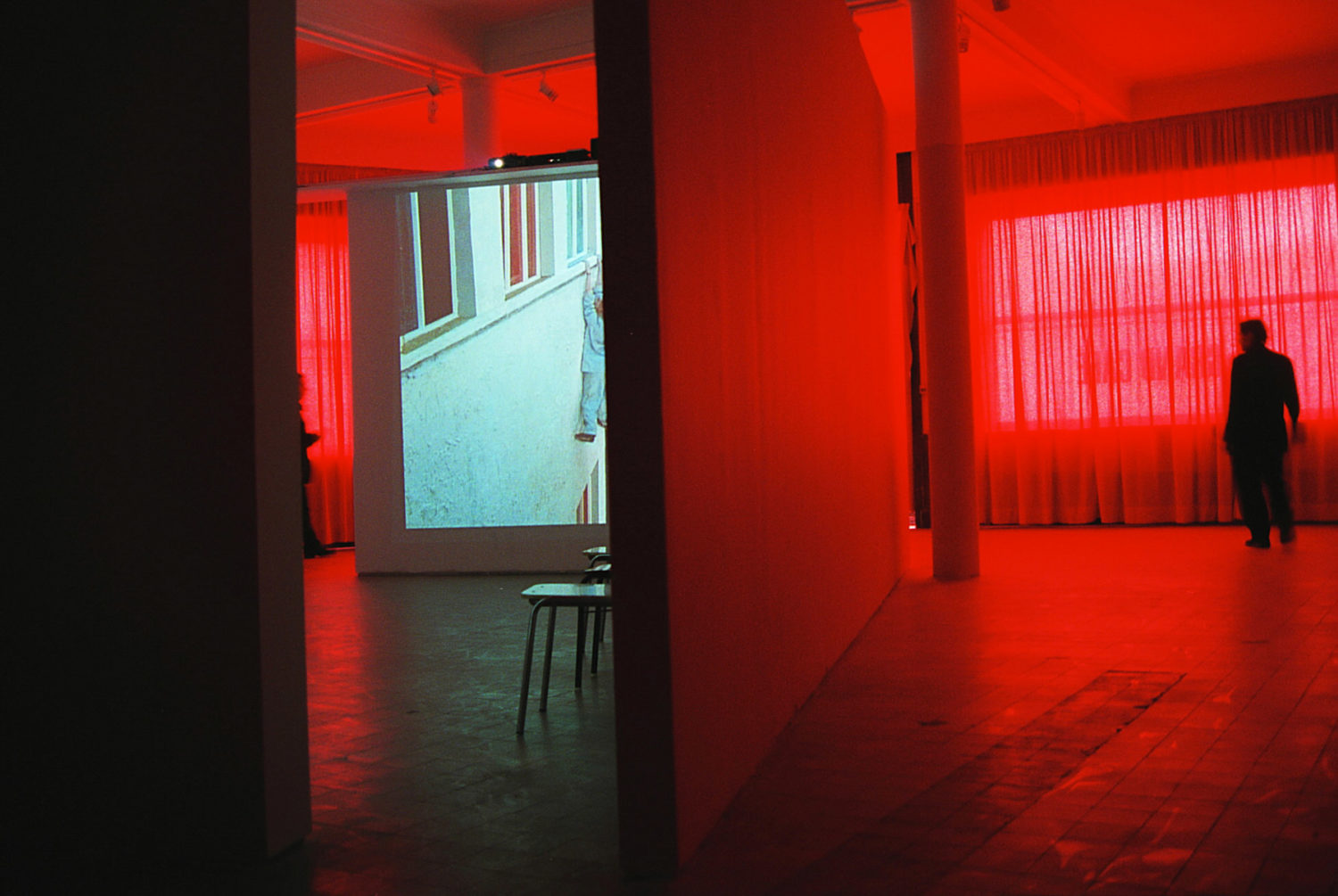 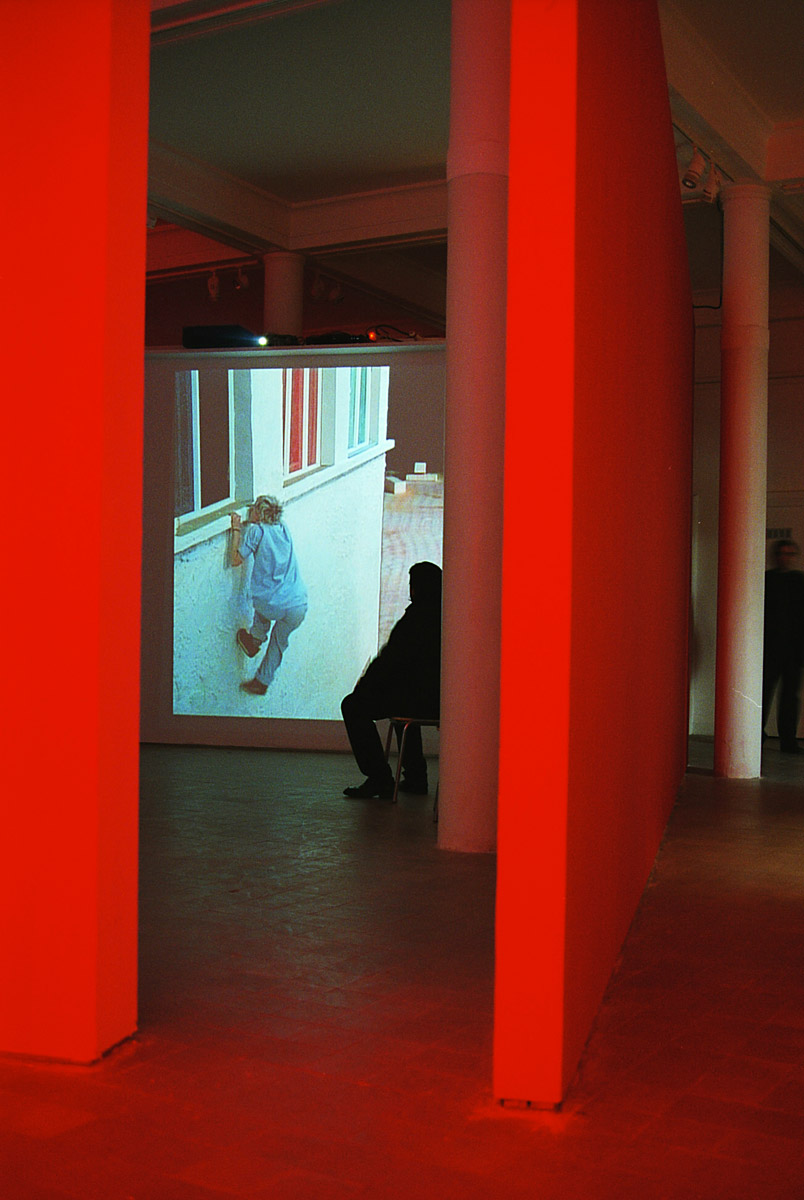 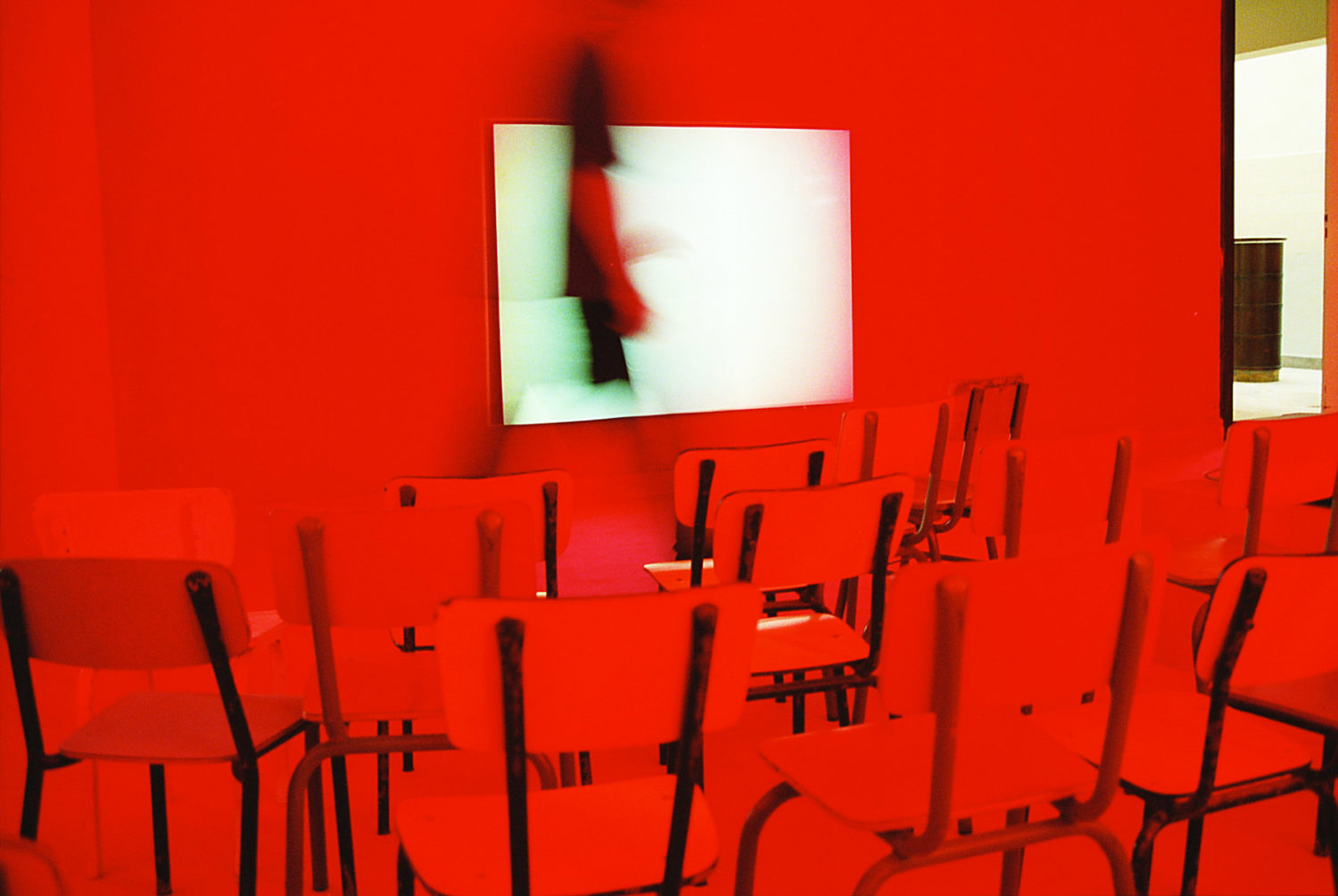 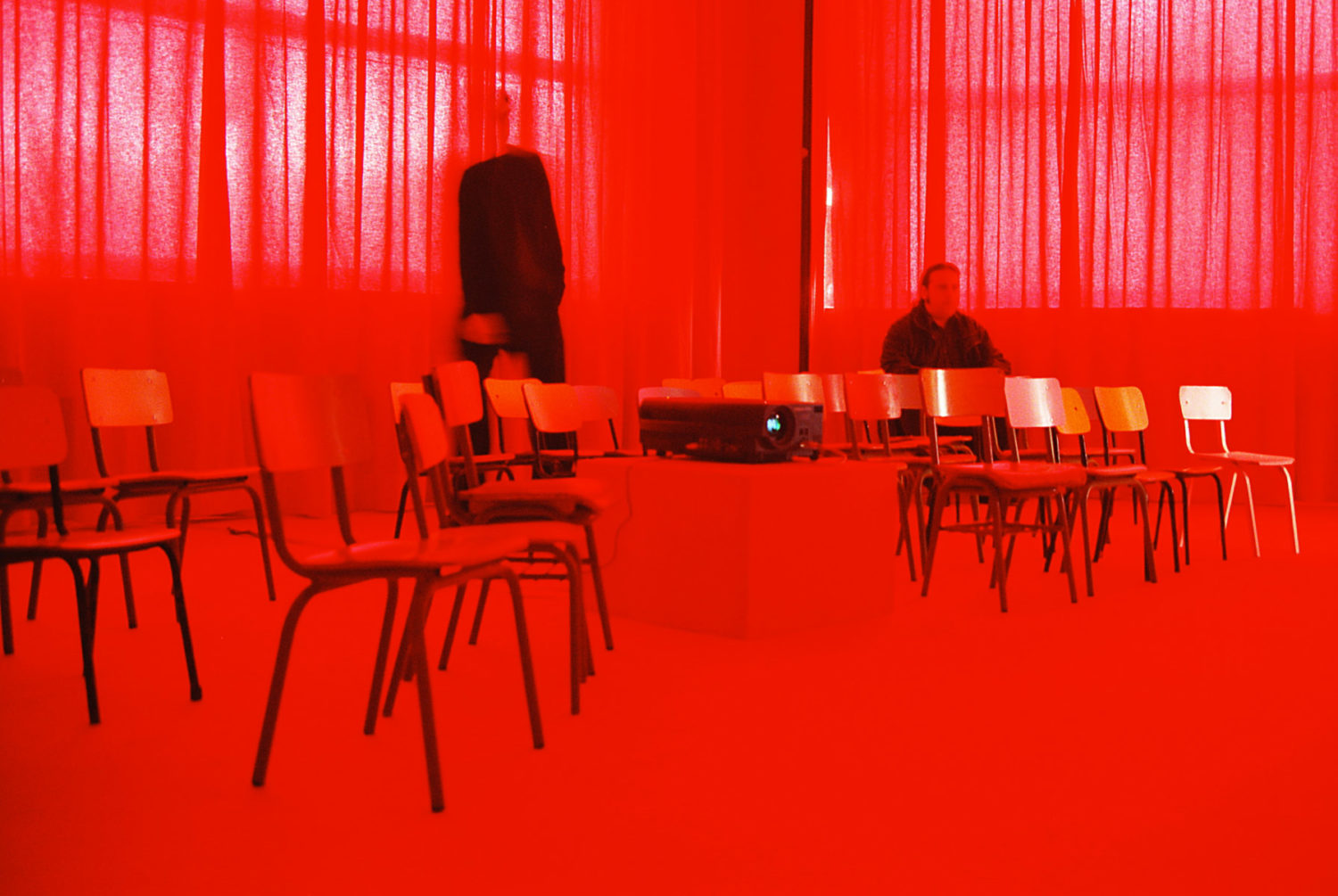 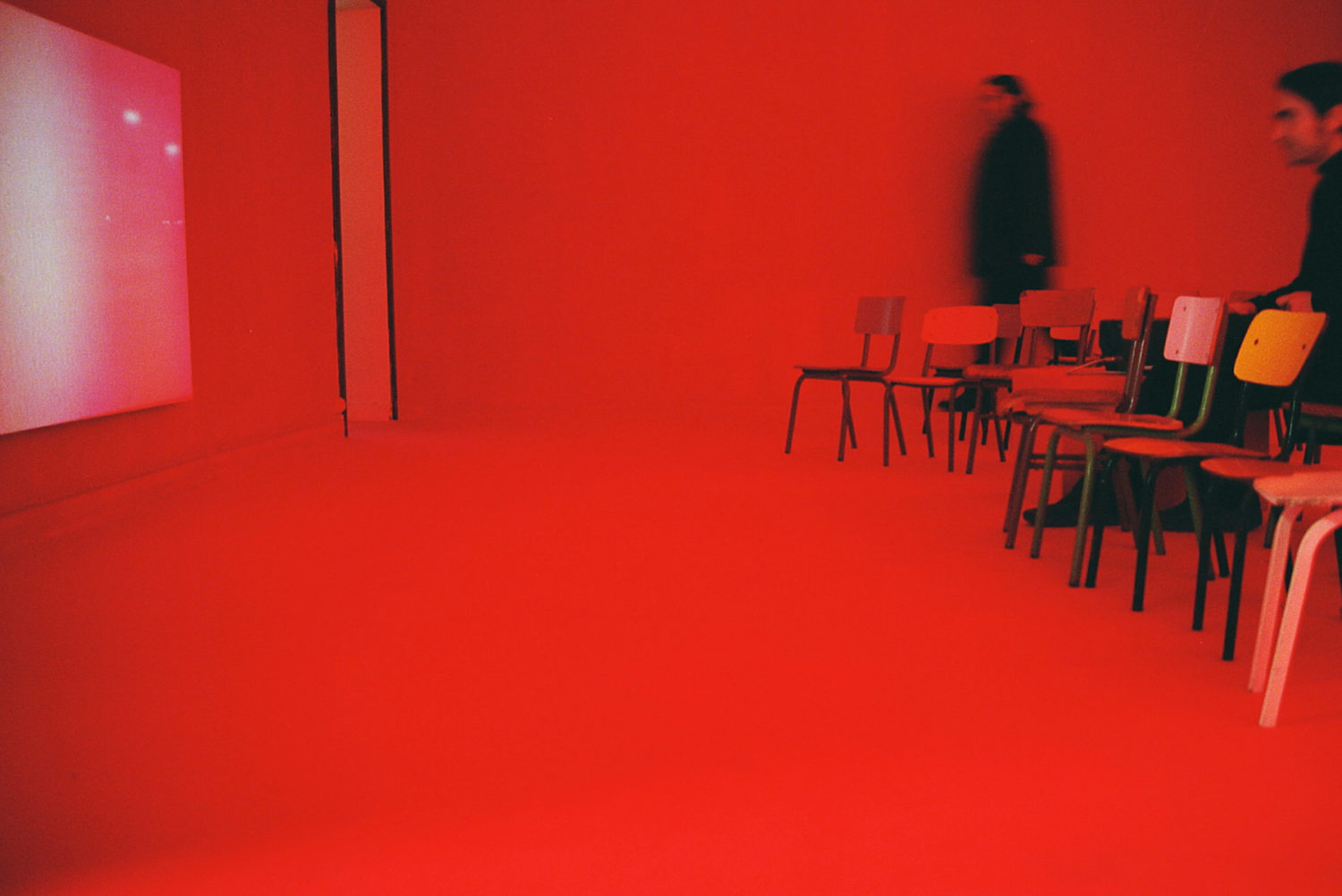 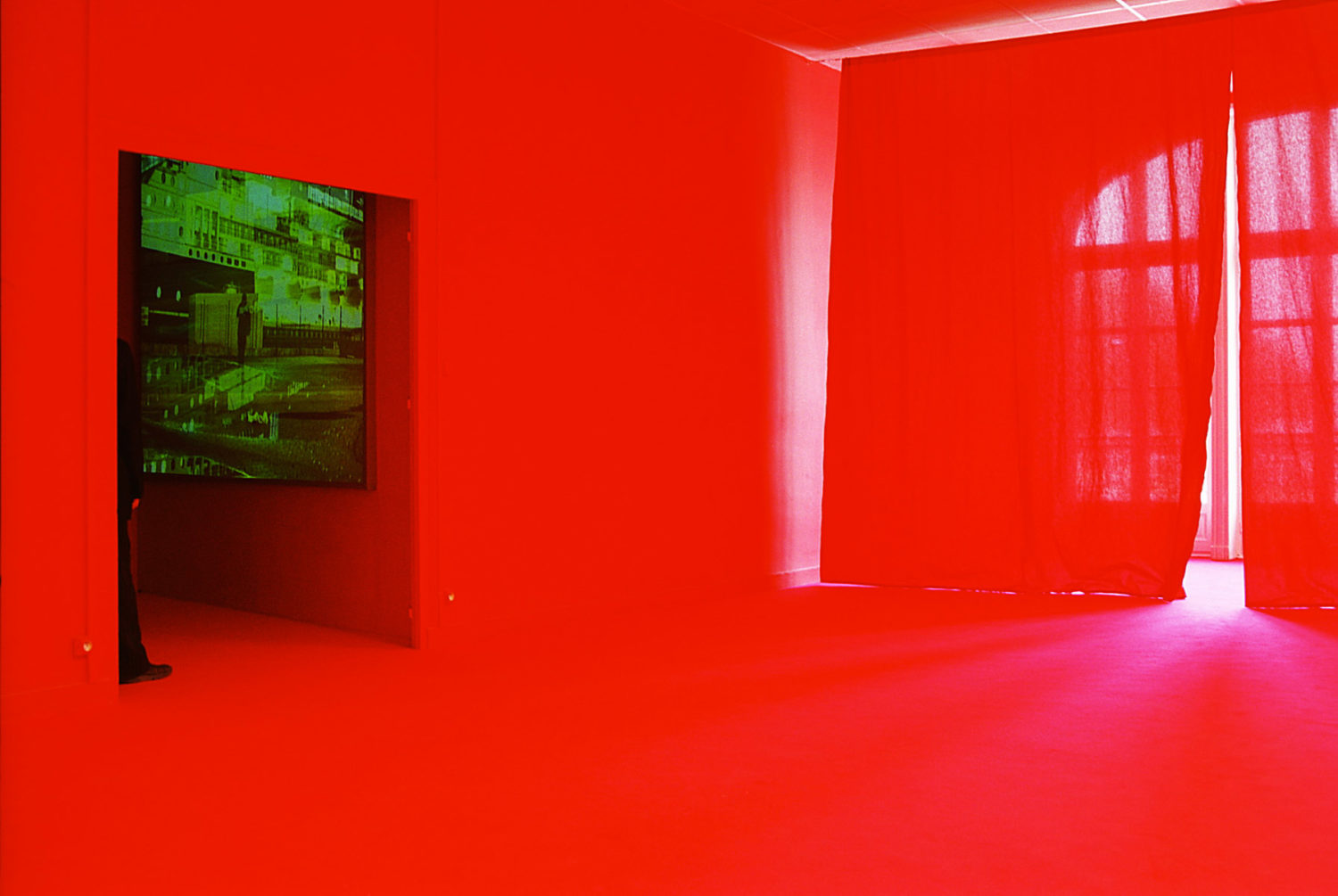 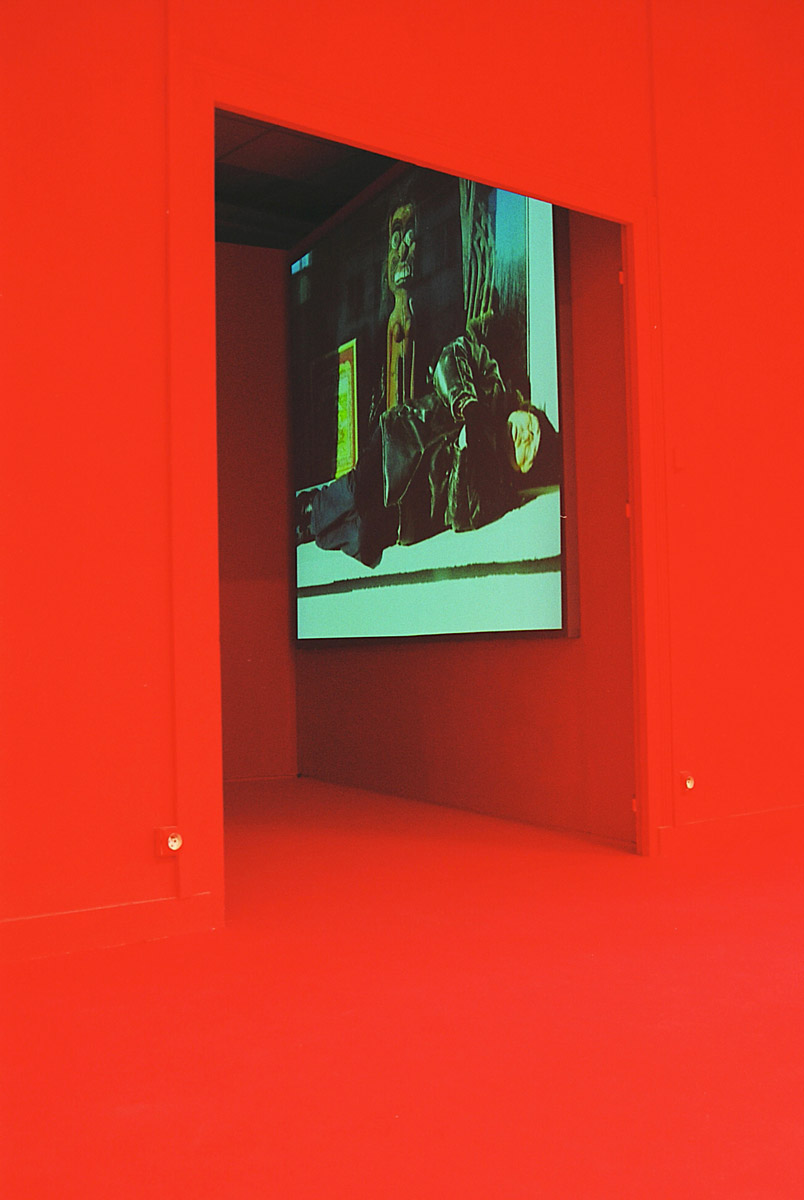 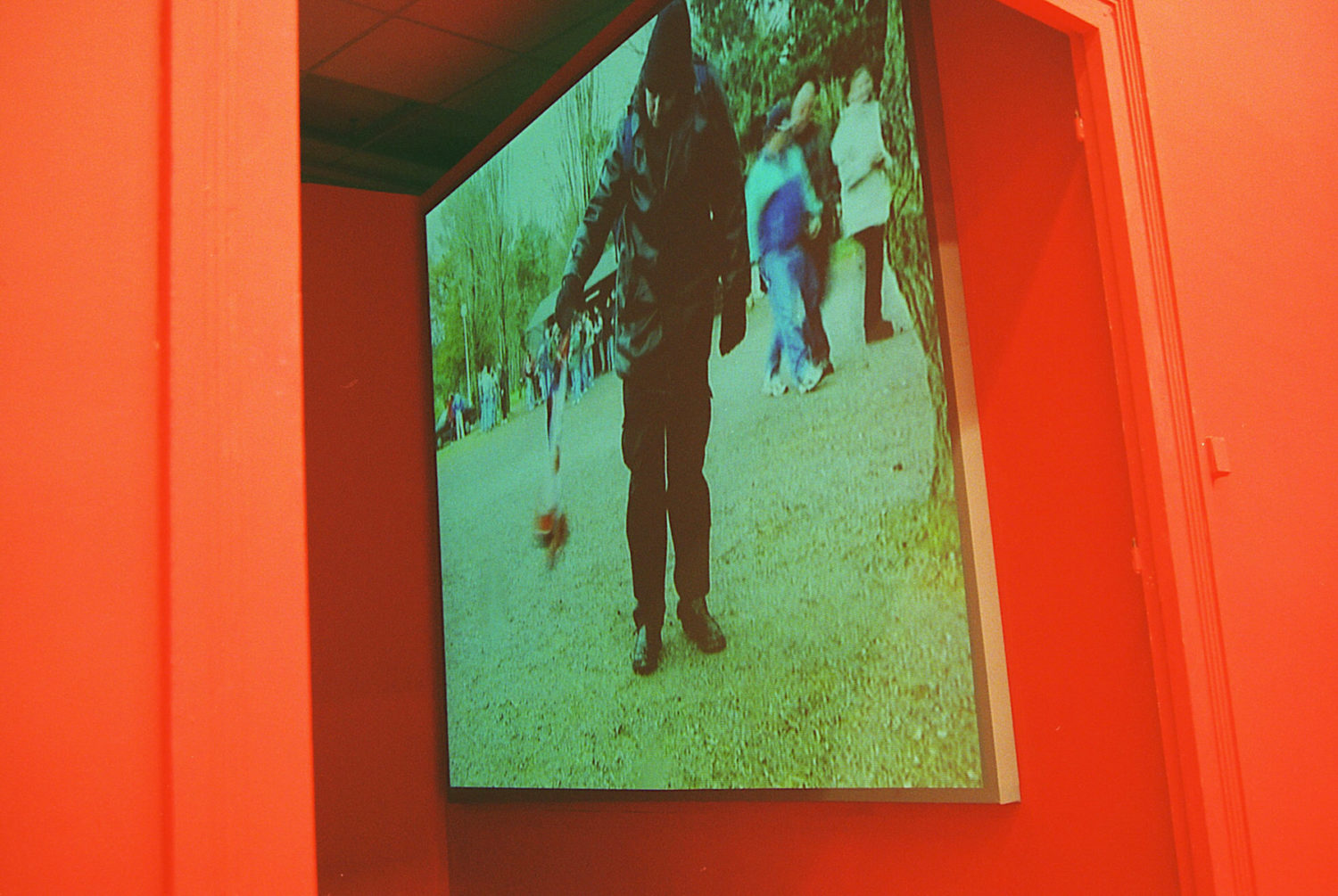 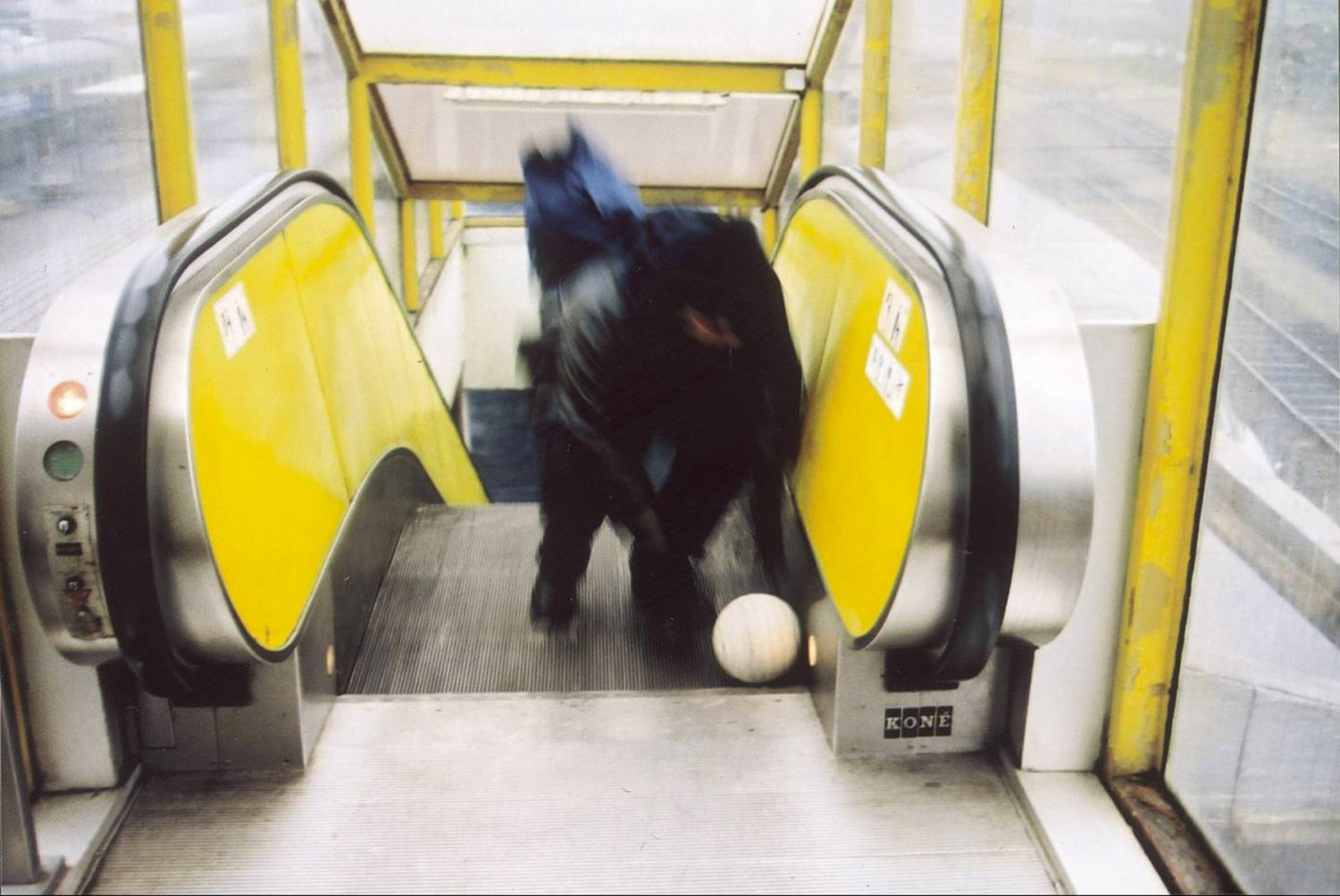 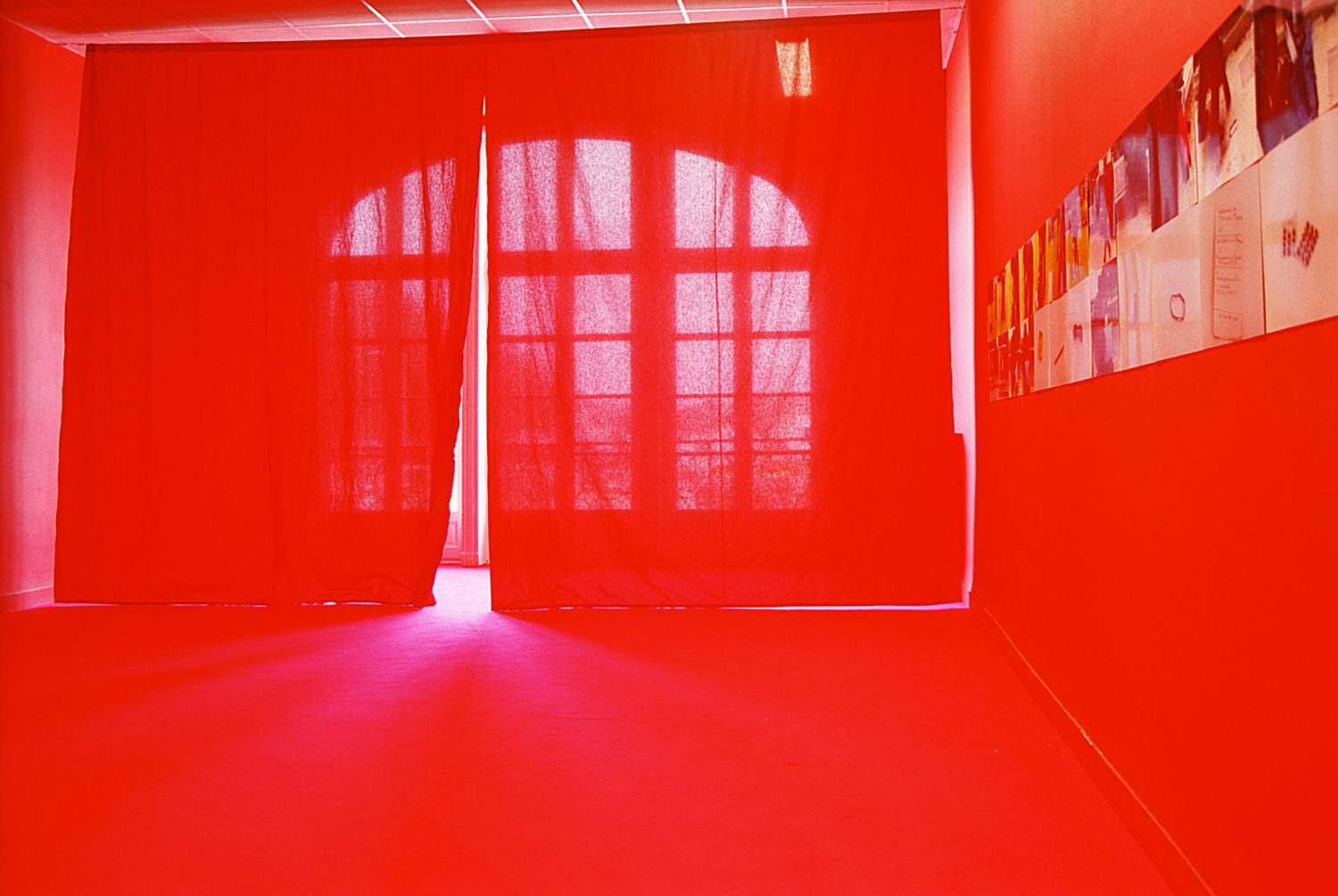 Jordi Colomer, an architect by training, is a sculptor. Following a body of work dedicated to making fake objects in the 1980s, in the 1990s he decided to set the scene for these objects and make them into theatre. From then on, the videos that he produces deploy in a same single camera movement the symbolic spatiality of a story and of a décor. Characters evolve in an artificial space, largely fake, where the dramaturgy finds itself crystallised in objects of transference. This way of staging the real is supported by the construction of a dispositive to present the videos which, in turn, puts the spectator on stage, organises her movements, and designates her in her double condition as actor and spectator. The use of video allows Jordi Colomer to fully inscribe sculpture in the field of visual art. For him, it is very much a matter of stretching sculpture to the dimensions of video and not the inverse, as is often the case with other sculptors. Video stands, then, as the means to prolong his investigation into the conception of a “sculpture dilated in time”.

The exhibition at Le Grand Café in Saint-Nazaire shows the most recent developments of this activity, notably showing previously unseen photographic work.

The exhibition extends the exploration of representations relating to space undertaken by Jordi Colomer, in particular through references to the history of cinema and of literature.

Born in 1962 in Barcelona where he lives and works.