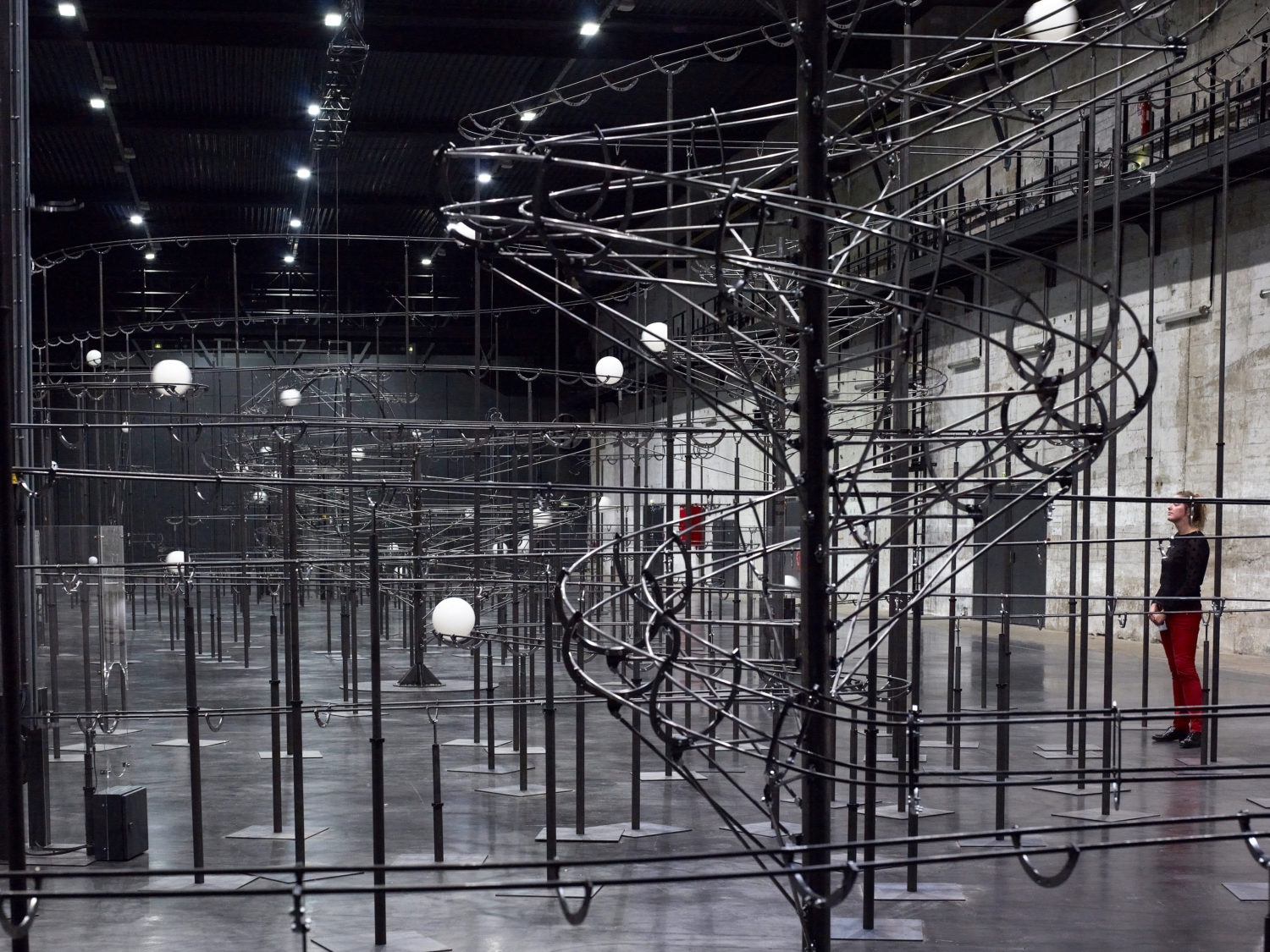 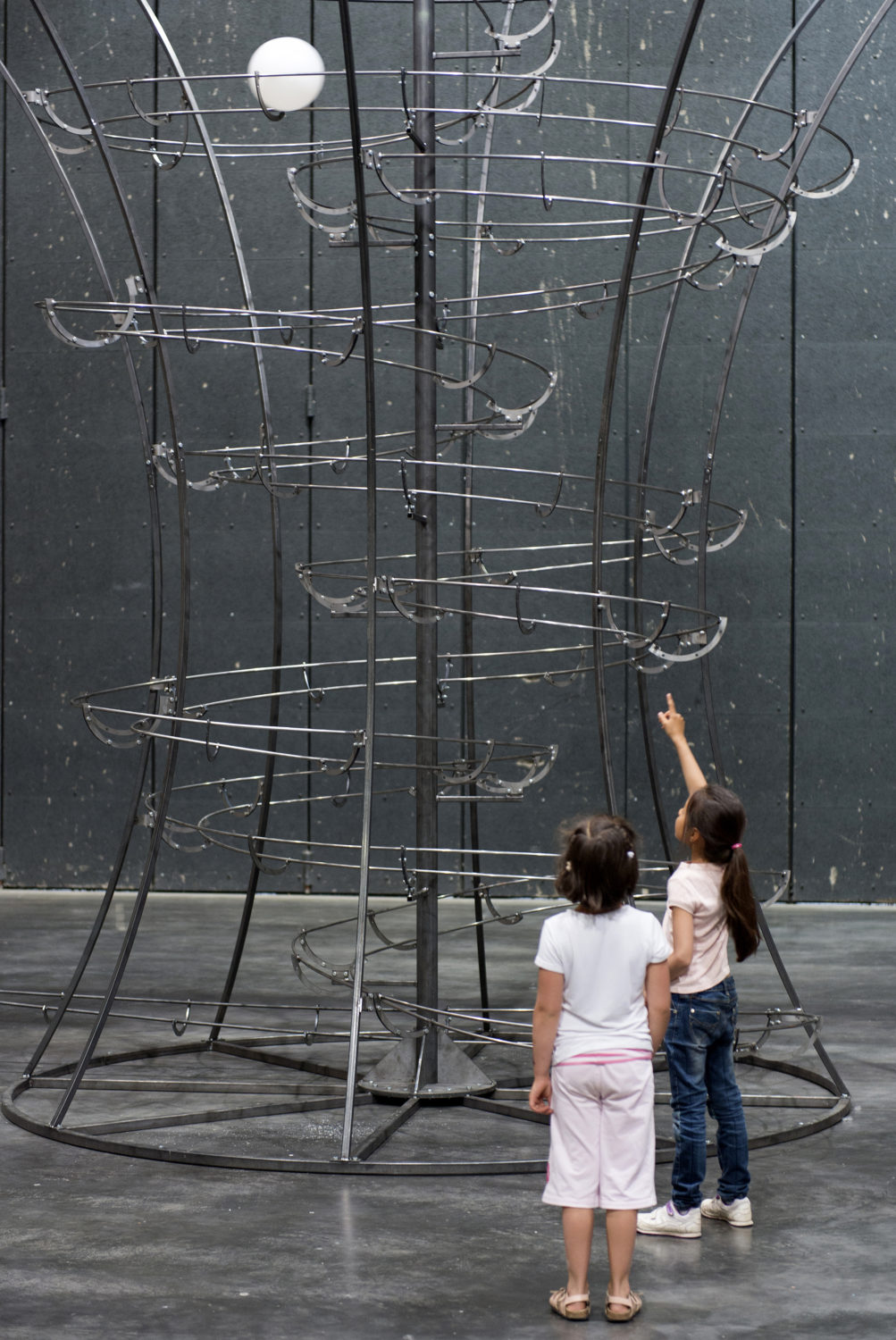 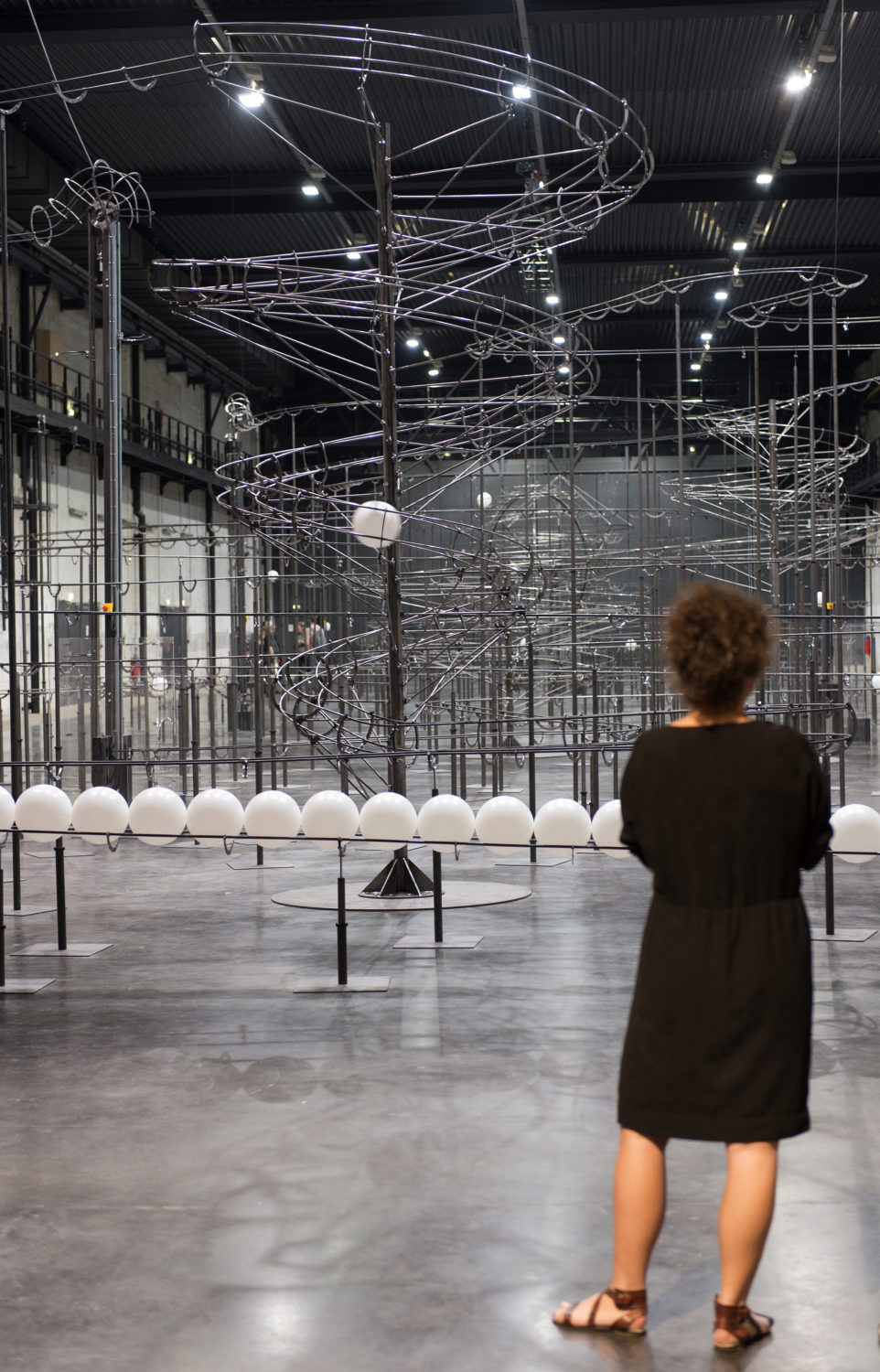 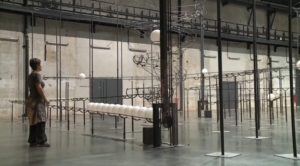 The notion of play, central to Jeppe Hein’s work, exposes the ambiguity in his approach: is the playful tone of the artist’s sculptures and installations not adopted in order to better destabilise the spectator?

At first glance, they seem to connect with the major themes of kinetic art: movement and shared space, the visual event and the spectacular, action and reaction. Jeppe Hein’s practice also shares in the heritage of minimalism, remaining loyal to certain recurrent forms (spheres, cubes, labyrinths) and materials (steel, mirror, water). He makes considerable use of motion sensors, appreciating the discreet magic of their technology.

According to whether the public is absent or present, the artist’s installations activate, or, on the contrary, vanish: the jet from a sculpture-fountain stops flowing when a spectator approaches, inciting them to move to the centre of the work. The wall of water is then immediately revived, enclosing the surprised member of the public (Space in Action/Action in Space, 2002).

We are sometimes presented with a more perilous experience: a steel ball that begins to move, knocking down everything in its path the moment a visitor enters the exhibition space (360° Presence, 2002) and coming to rest if he leaves.

As expressed by Jeppe Hein, the participative dimension is opposed to demagogy: he doesn’t flatter his public. Clearly he is placing the visitor at the centre of an interactive triggering that may often be joyous or mysterious, but he never allows the illusion of a greater association with the artistic act.

As far as a purely recreational reception of the work is concerned, Jeppe Hein treats this with mistrust. If his installations indubitably give pleasure, they also engage in a demanding dialogue with the history of art and architecture.

For the LiFE’s monumental space, the artist has imagined a new version of the installation Distance. An immense circuit, conceived as a graphic composition, is extended across a forest of fine metal pillars. Arabesques, spirals and nodal interconnections support a track for a hundred or so white balls, razing the ground or very high up in the air. An infrared sensor detecting the arrival of each visitor triggers the propulsion of a ball, which then journeys through the vast visual and sonic landscape.

As an incitation to explore the space, the construction draws on different sources: a primitive industrial imaginary resurfaces, from the machines of Fritz Lang’s Metropolis to Tinguely’s assemblages. We also sense the fairground universe of roller coasters and pinball, but Calder’s circus as well.

Beyond these reference points telling of the emotion procured by machines and their marvellous mechanisms, Distance plays with space (stretched and supple, folded and unfolding) and the duration of a trajectory, accelerating to high speed at certain points on the circuit, then slowing, almost to a halt. A circuit in equilibrium and in suspension, and an invitation to contemplation.