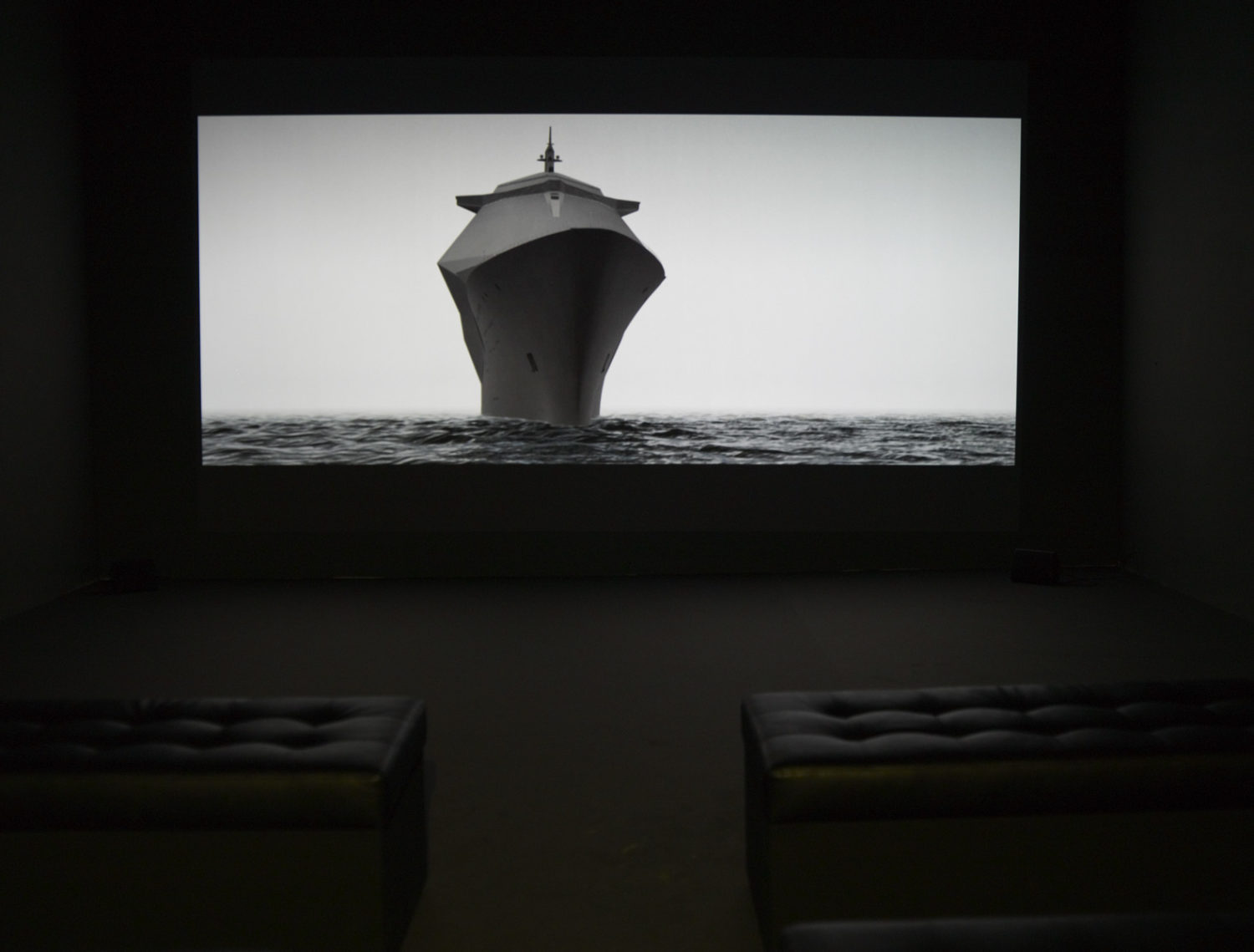 In 2009, during a short stay in the French coastal city of Saint-Nazaire, Hans Op de Beeck became inspired by both the unique and remarkable historical development of the city and by the harbour, particularly the shipyard, which constructs megalomaniac cruise ships. The construction of the cruise ships, including the Queen Mary 2, then the largest cruise ship ever, is accompanied by problems caused by the economic reality of short-term work contracts. The complex network of subcontractors and migrant workers has often led to serious conflicts with small businesses and workers, who are often paid too little, too late, or not at all, and have to contend with harsh terms of employment or work in difficult conditions. Given the current worldwide economic slump, there is little certainty of continuing demand for such luxury ships and so the long-term guarantee of work is never secure.

Hans Op de Beeck saw the Queen Mary 2, the ultimate cruise ship, as a fitting metaphor for the modern luxury leisure market, which may be viewed as symptomatic of prevailing Western attitudes to the concepts of free time, work and consumption.

The exhibition is conceived as a small, dark museum, in a reference to the sometimes mysterious collections in traditional, old museums, with classic display cabinets, a film projection and freestanding spatial (re-)constructions relating a coherent story about a historical subject. Op de Beeck’s presentation does indeed allude to a didactic display, but it is not one: the artist avoids any form of textual explanation and completely omits anecdotal aspects from his works, so as to keep the presentation evocative and allow for a wide range of interpretations.

In concrete terms, the exhibition features a short film with no words, projected in a darkened room (in which the viewer pays a virtual visit to the cruise liner at night) and a fairly extensive section consisting of display cabinets made of glass and wood containing sculptural objects (including a large model of the cruise liner), artefacts (such as custom made tableware) and items of clothing (such as the captain’s uniform). The exhibition will also feature a display of two-dimensional works (watercolours, plans, designs), presenting images associated with the story of the latest “biggest cruise liner in the world”.

Although the design of the “Sea of Tranquillity” satisfies the highest technological standards and is fashioned on hip, lounge-style architectural and interior trends (and is therefore far removed from the usual pseudo-art-deco chic of most cruise liners today), the appearance of this deceitful museum will create the impression that we are dealing with a mythic tale of days gone by.

At odds with the form of the presentation is the very urgent, current, but also universal content that the artist examines. By not giving the three-dimensional work in the exhibition any concrete interpretation and by leaving his film without words, Op de Beeck sends the viewer wandering through a collection of nameless images, objects and impressions in a strange, fictitious museum that is dedicated to an equally fictitious “legend”.