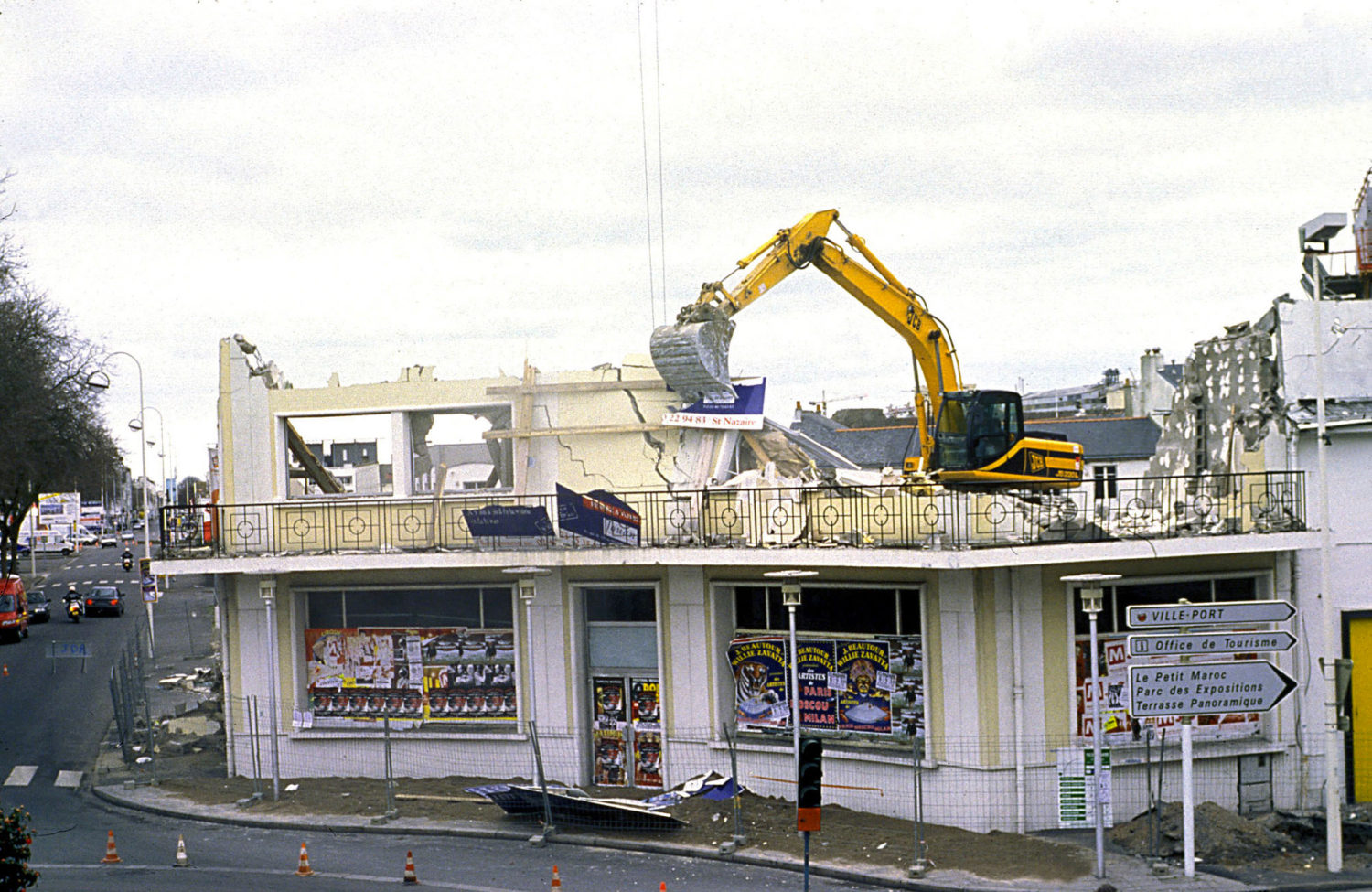 Lara Almarcegui was in residence at Saint-Nazaire in August 2002 and from 15 September to 15 October 2002. Lara Almarcegui’s residency project consisted in looking at the various urban development transformations of which the town of Saint-Nazaire was the scene at that time. Considering the town as a permanent construction site, she was especially engaged in researching the town’s anticipated building demolitions and notably the site immediately opposite le Grand Café. The inhabitants were able to be invited to attend its demolition; in this way the artist highlighted the spectacular character taken on by the mutations of the town.

At the same time, Lara Almarcegui’s work often consists in researching the traces of areas of freedom and individual action within the town. In Saint-Nazaire, she was interested by forms of auto-construction such as those practised by Les Castors, a community group born at the time of the reconstruction. The subject of Les Castors allowed the artist to link the history of the town and its urbanisation with its present, to consider the place of the individual within the collective.