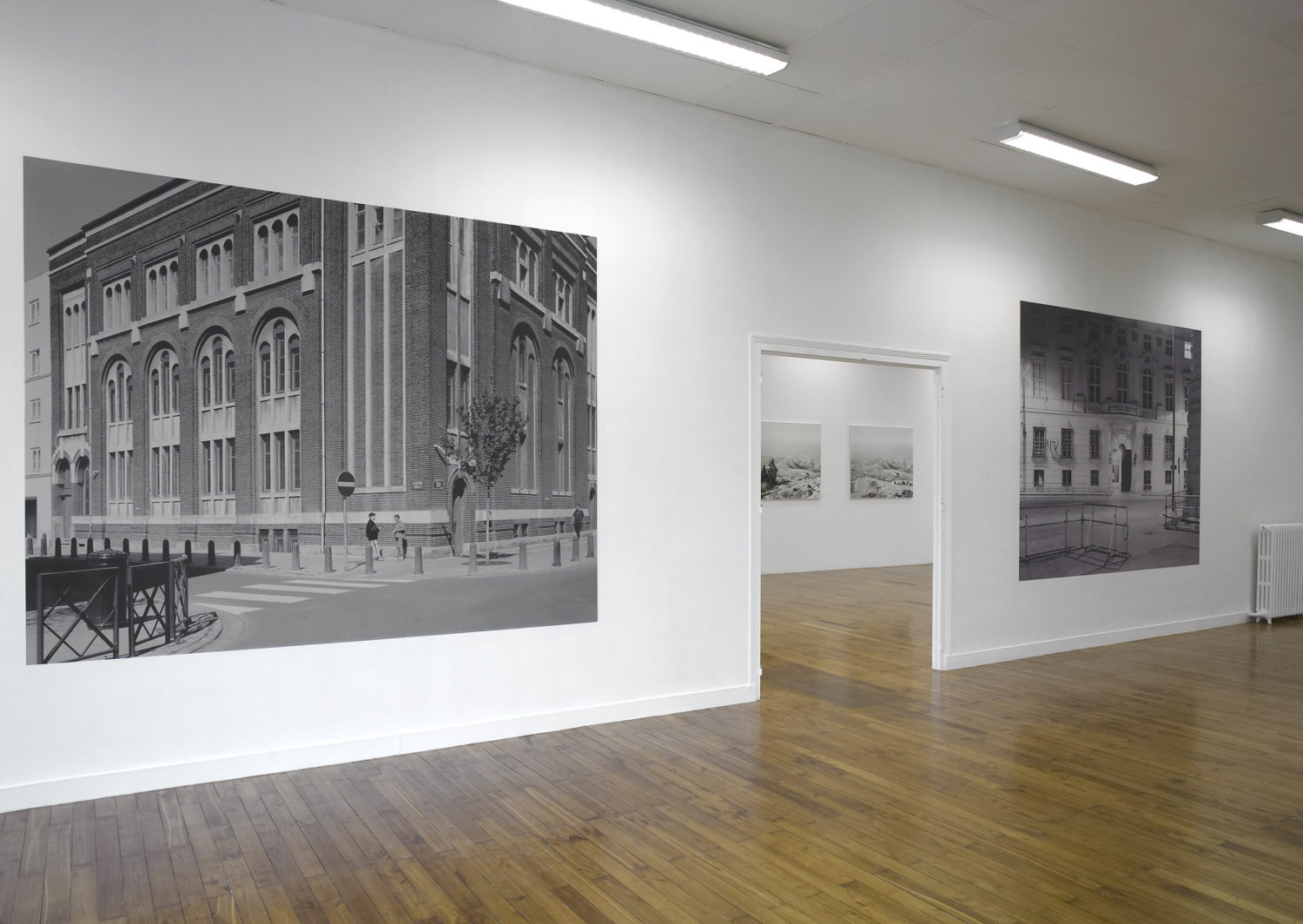 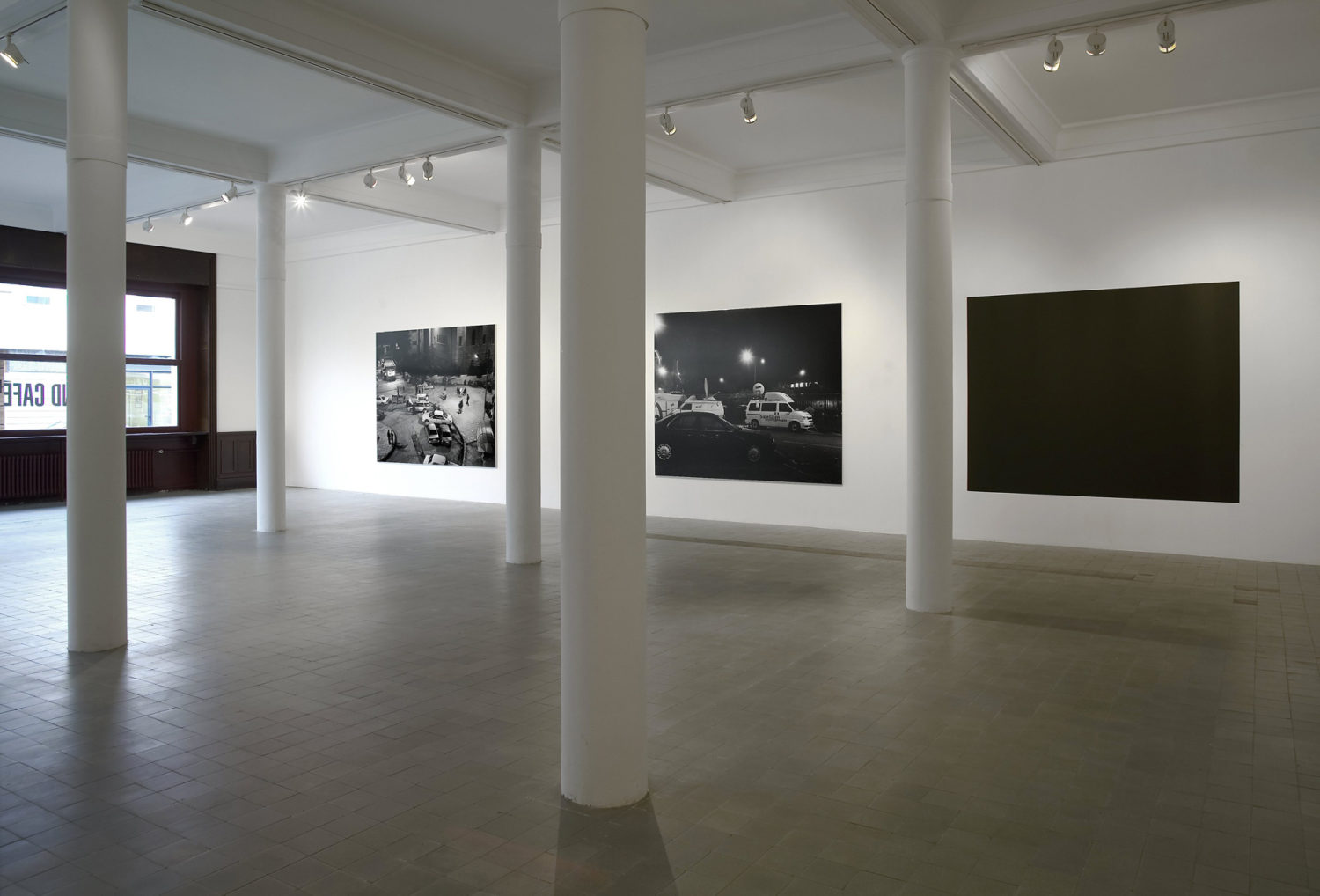 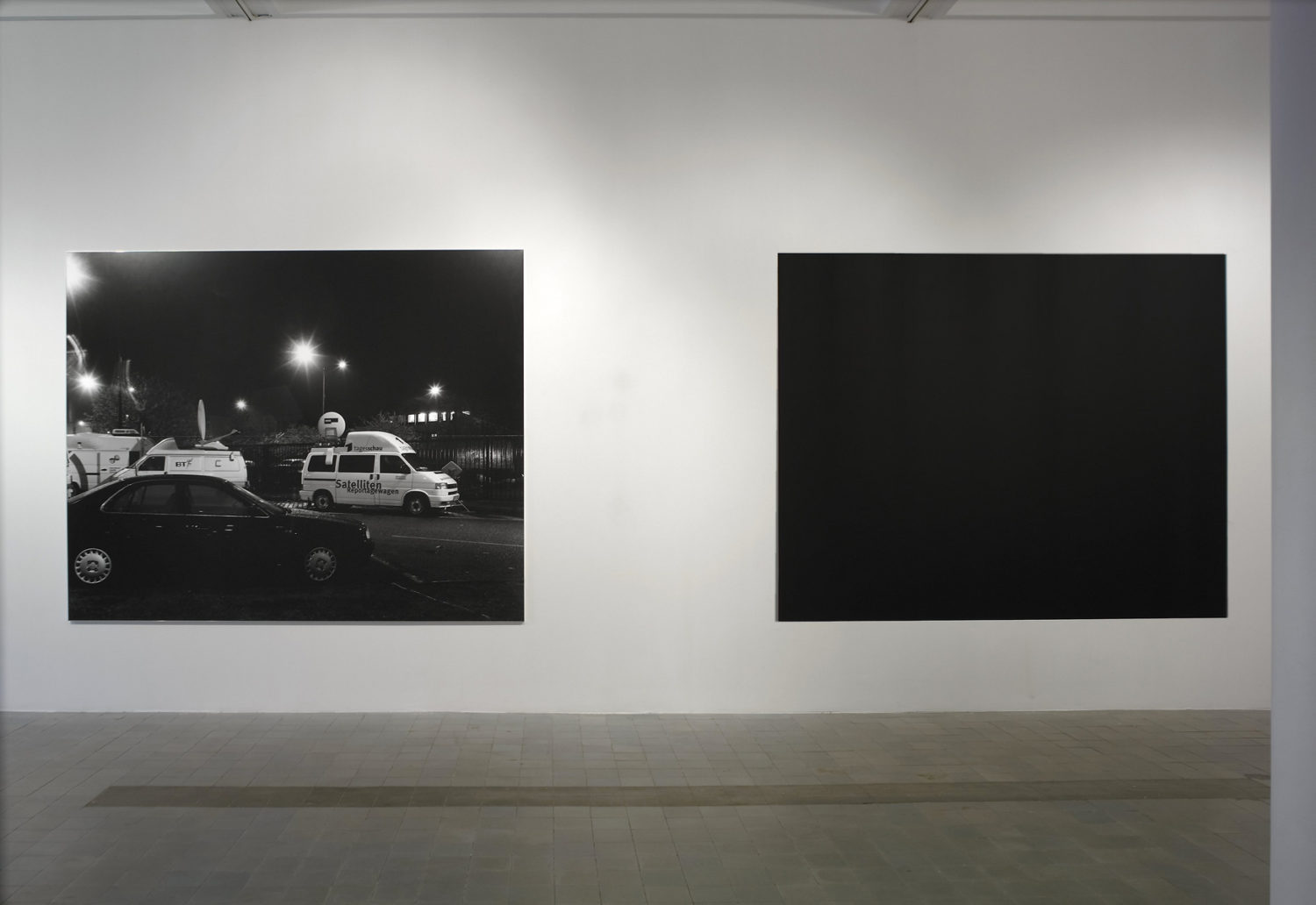 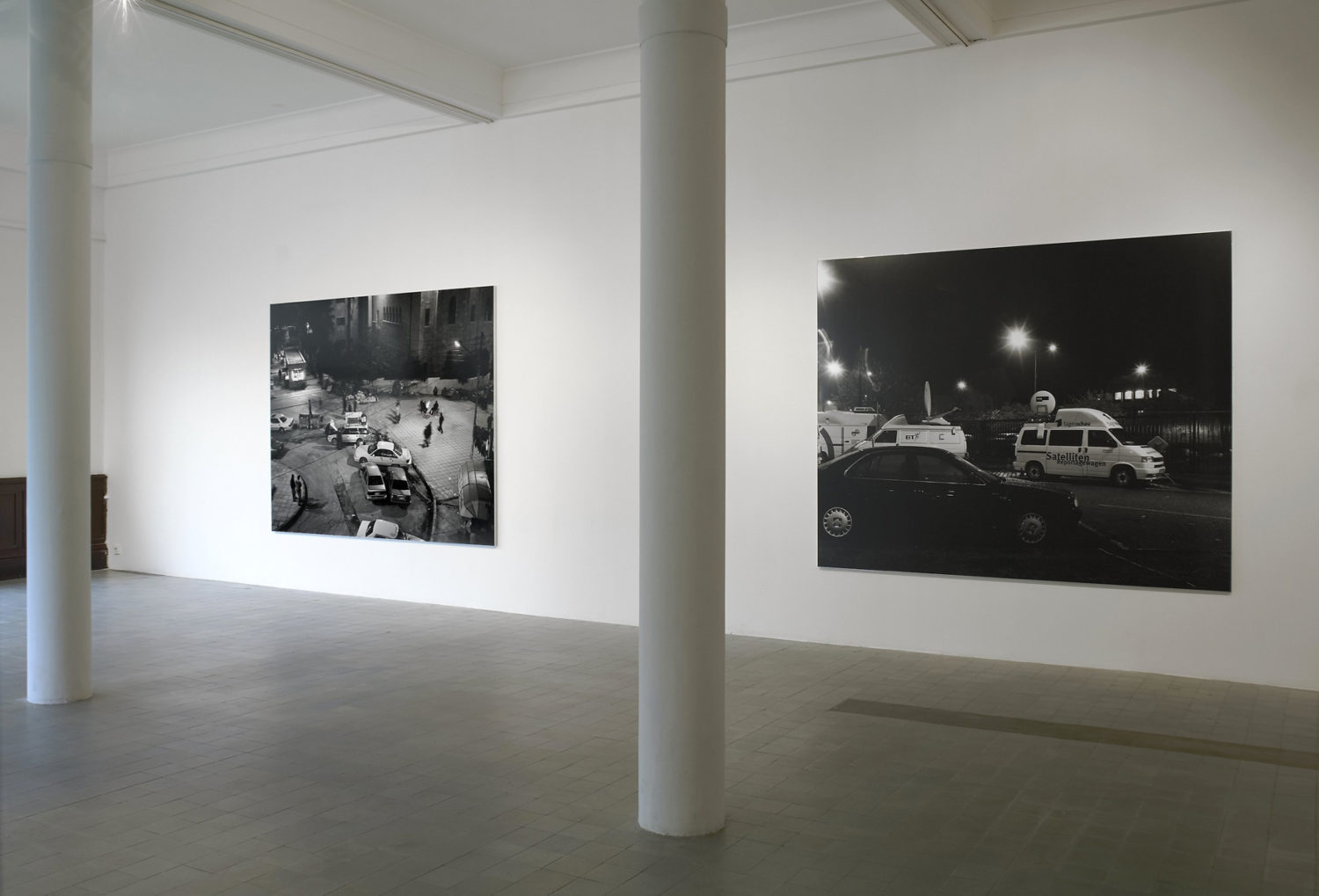 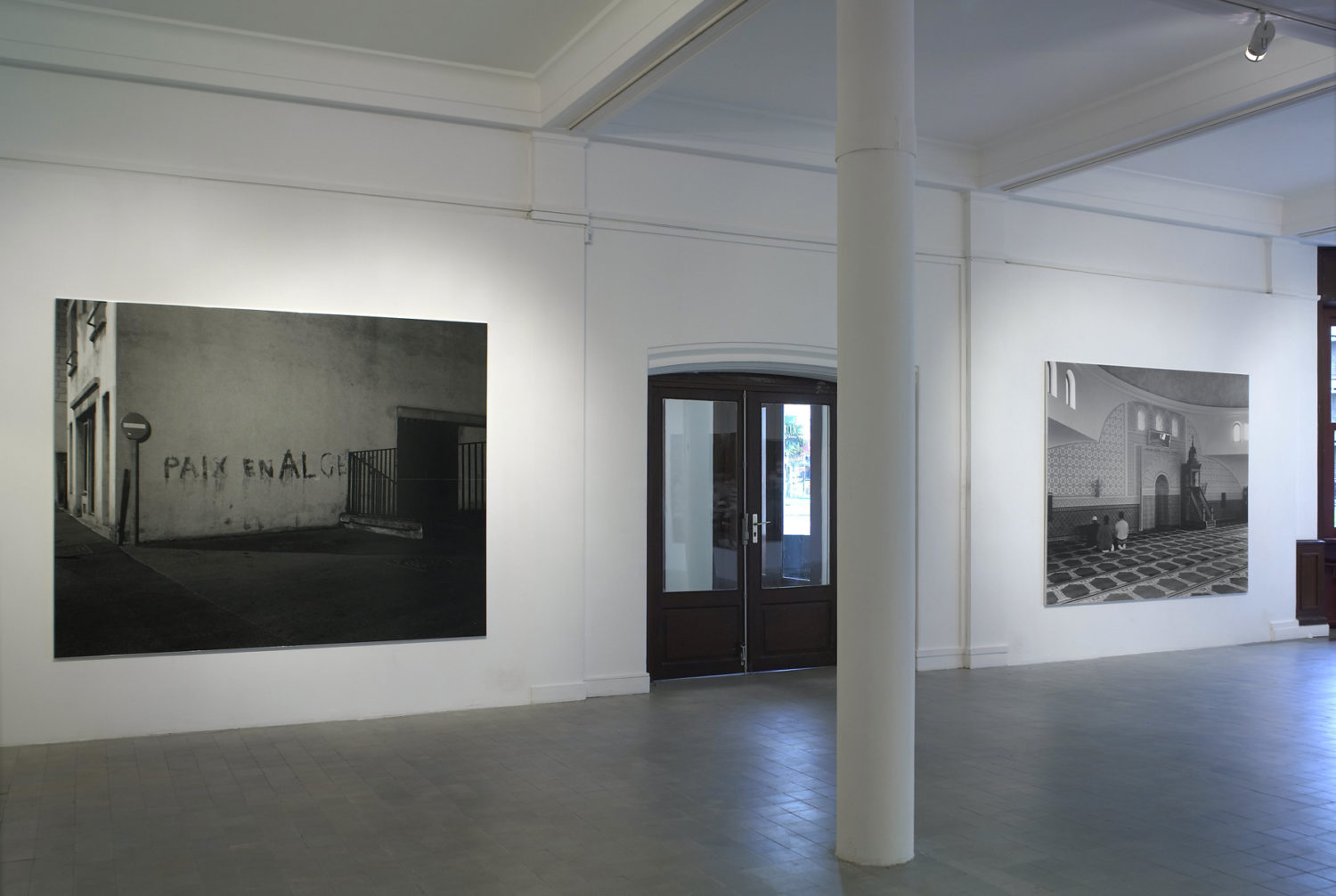 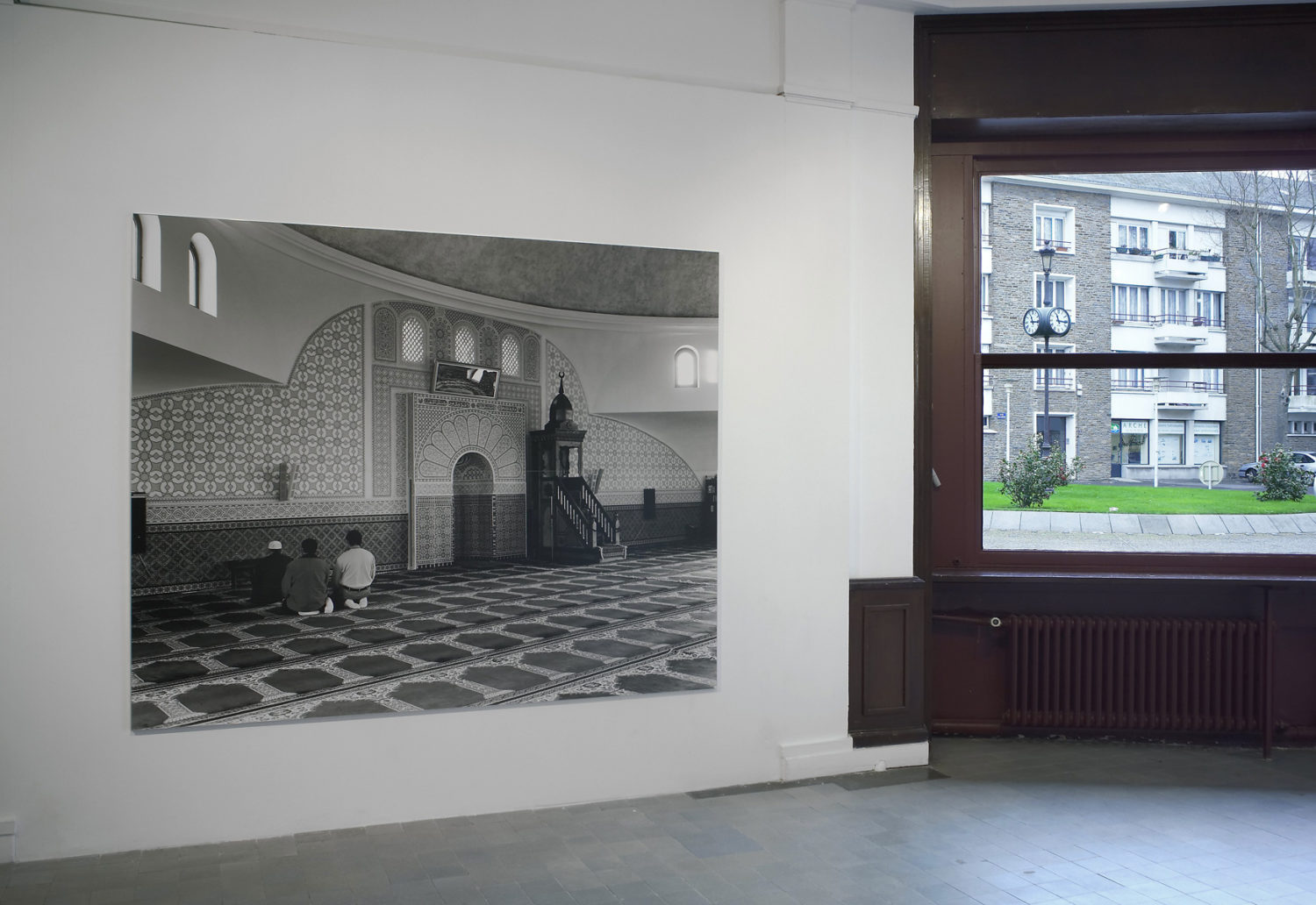 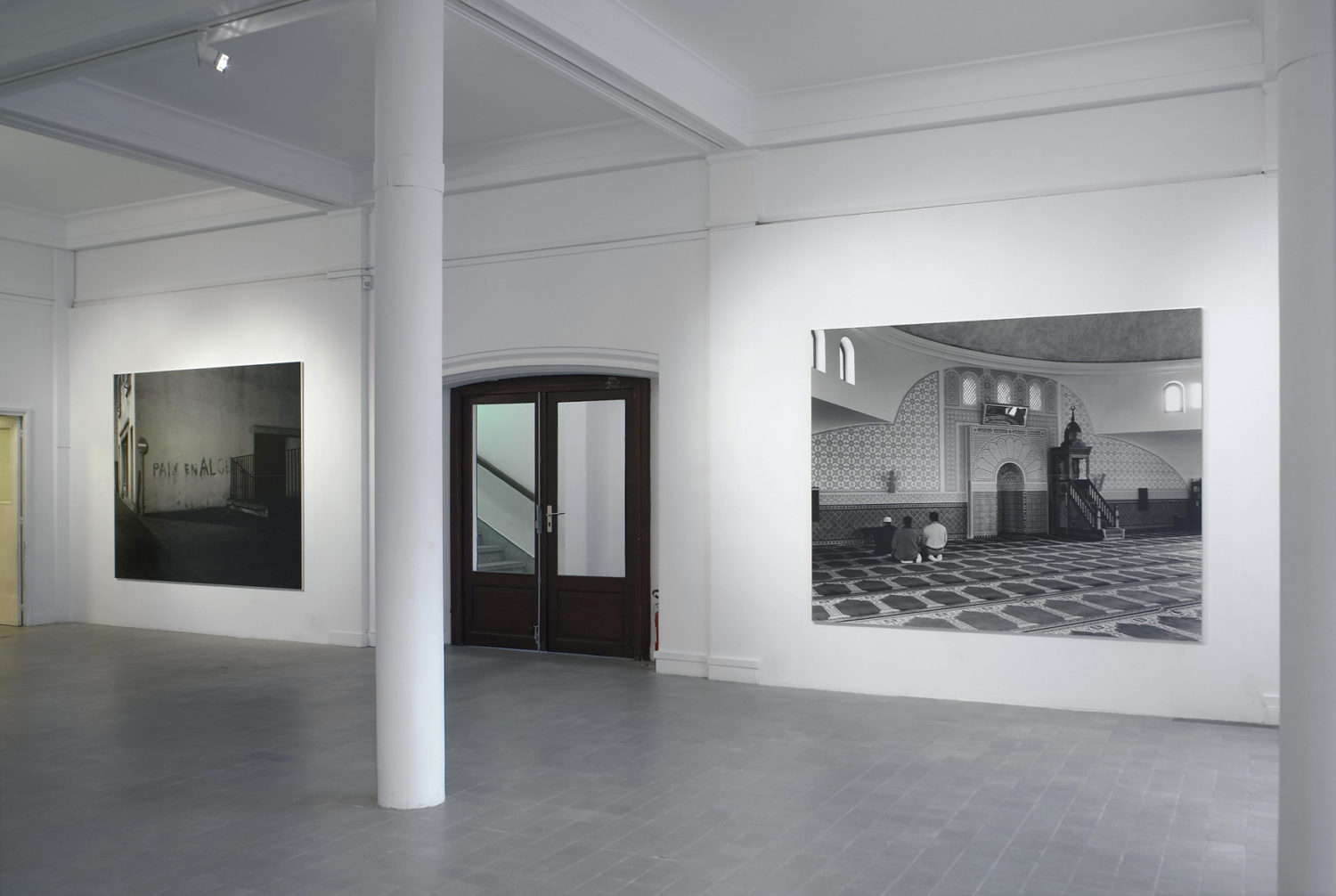 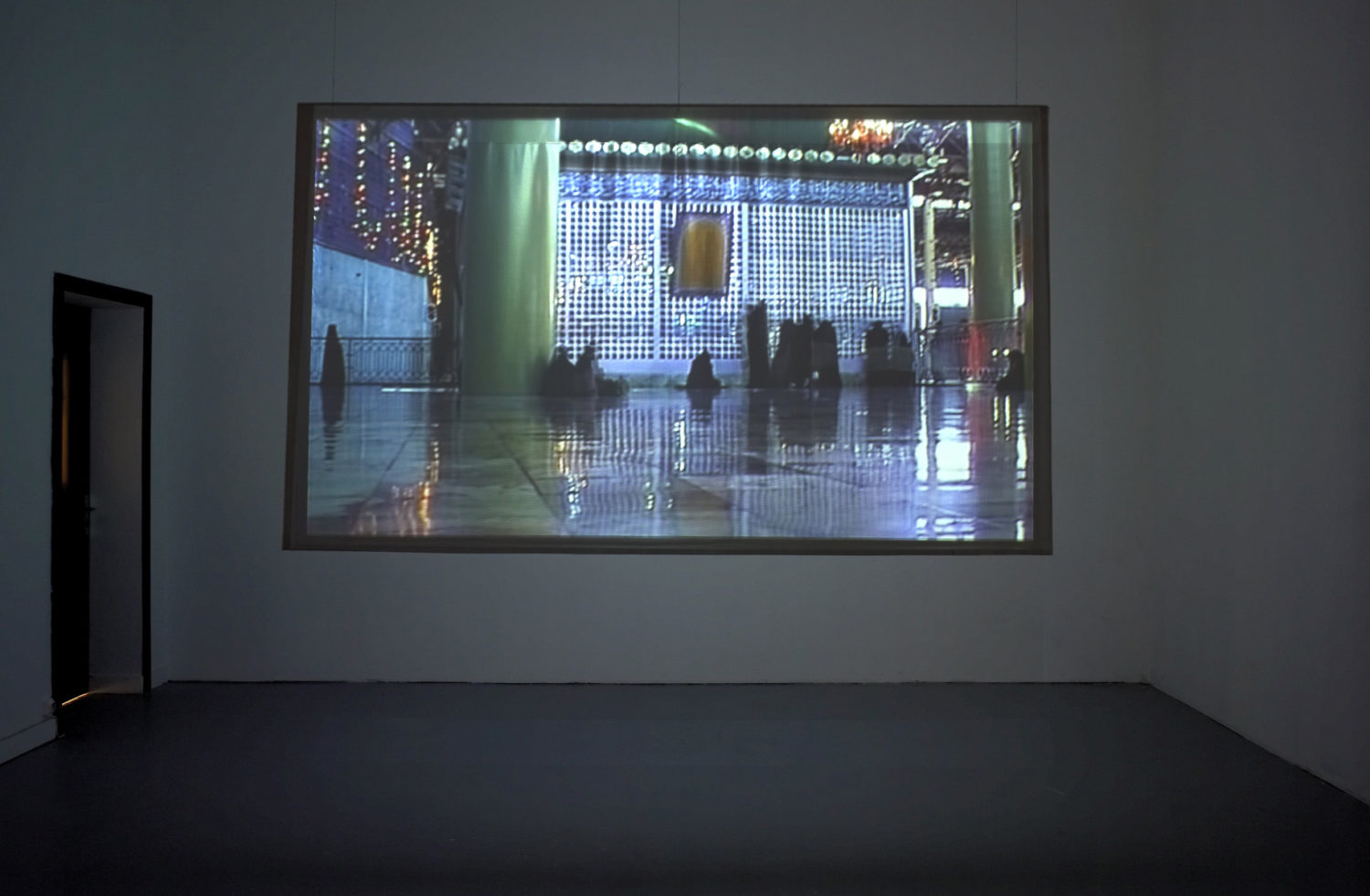 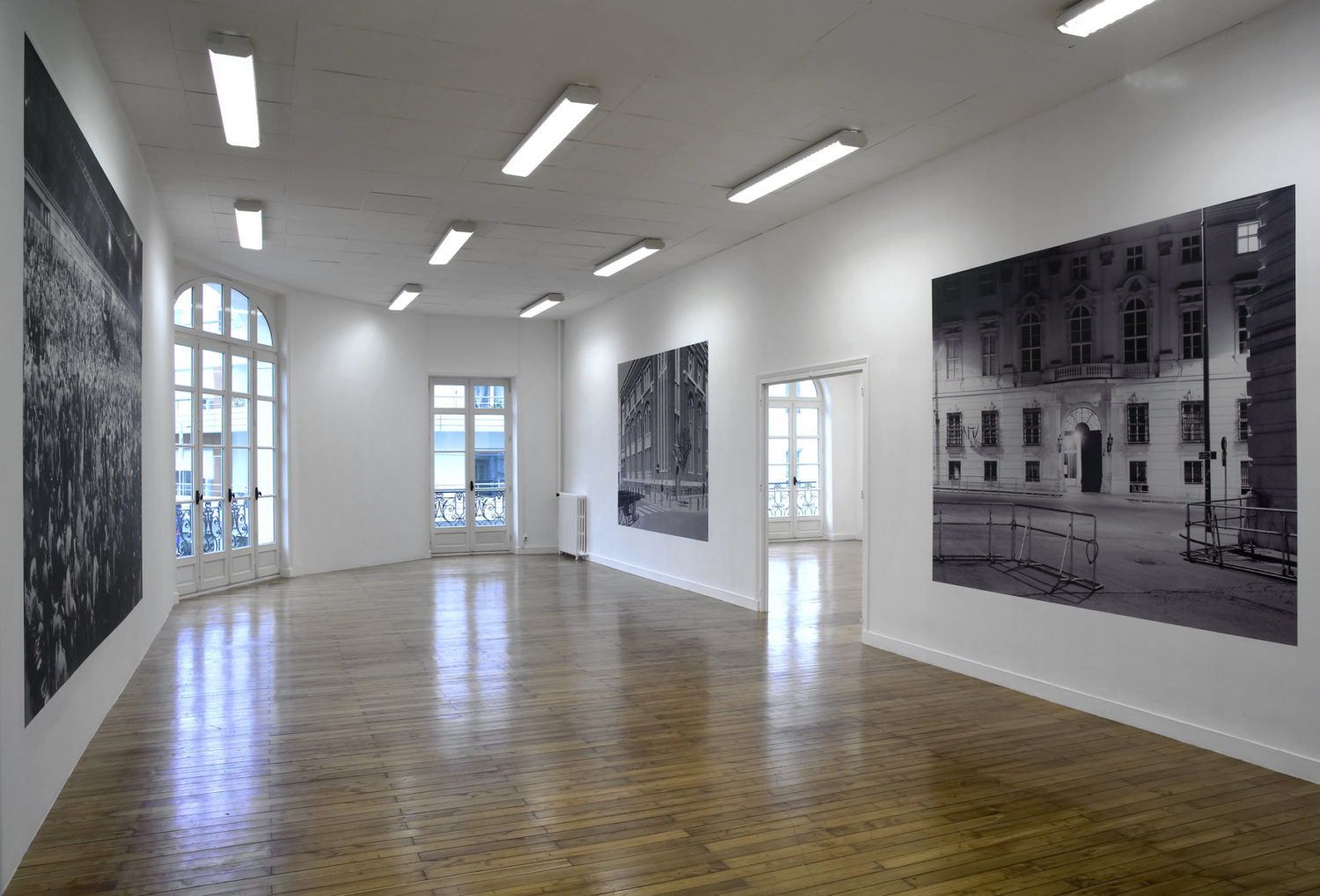 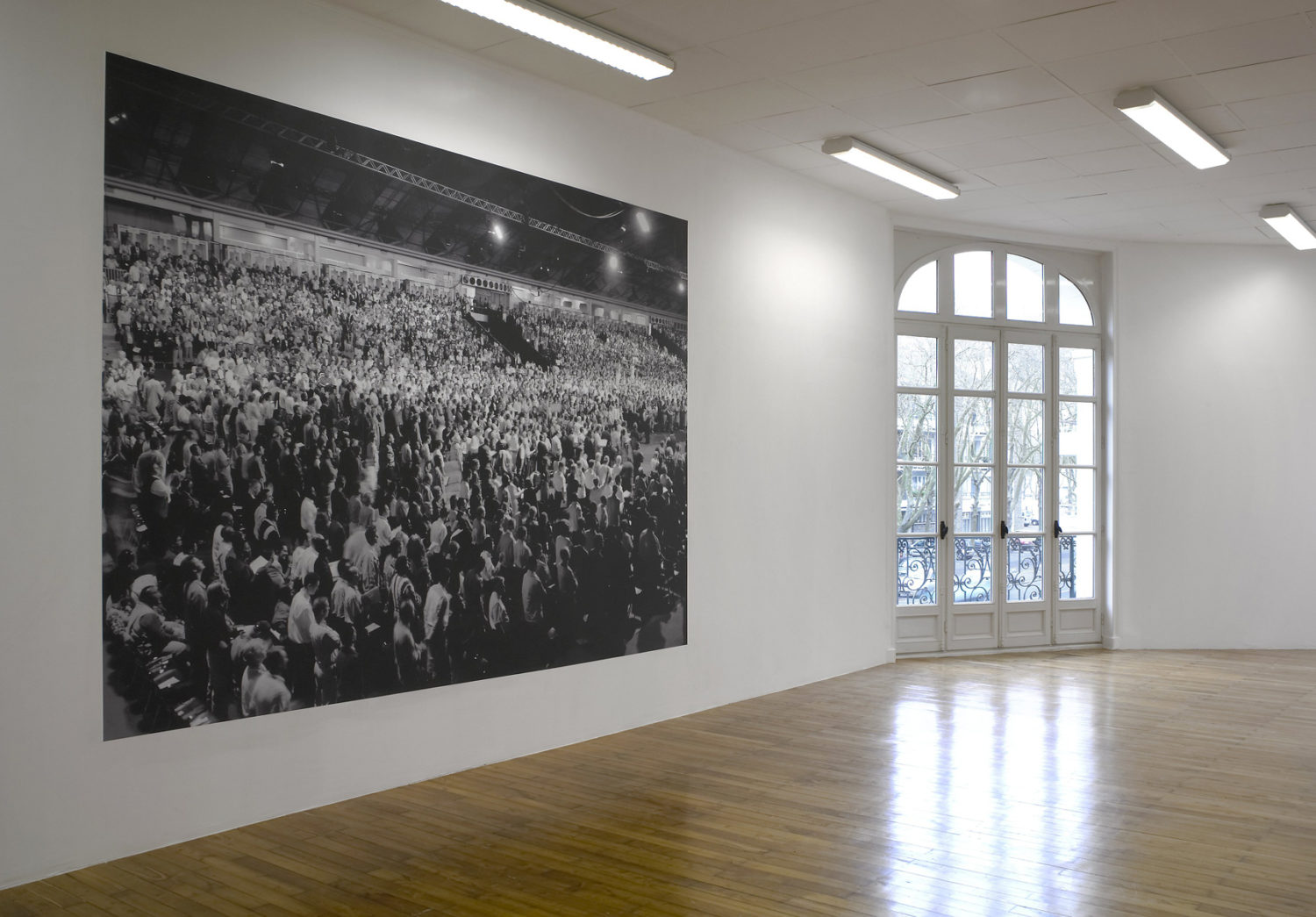 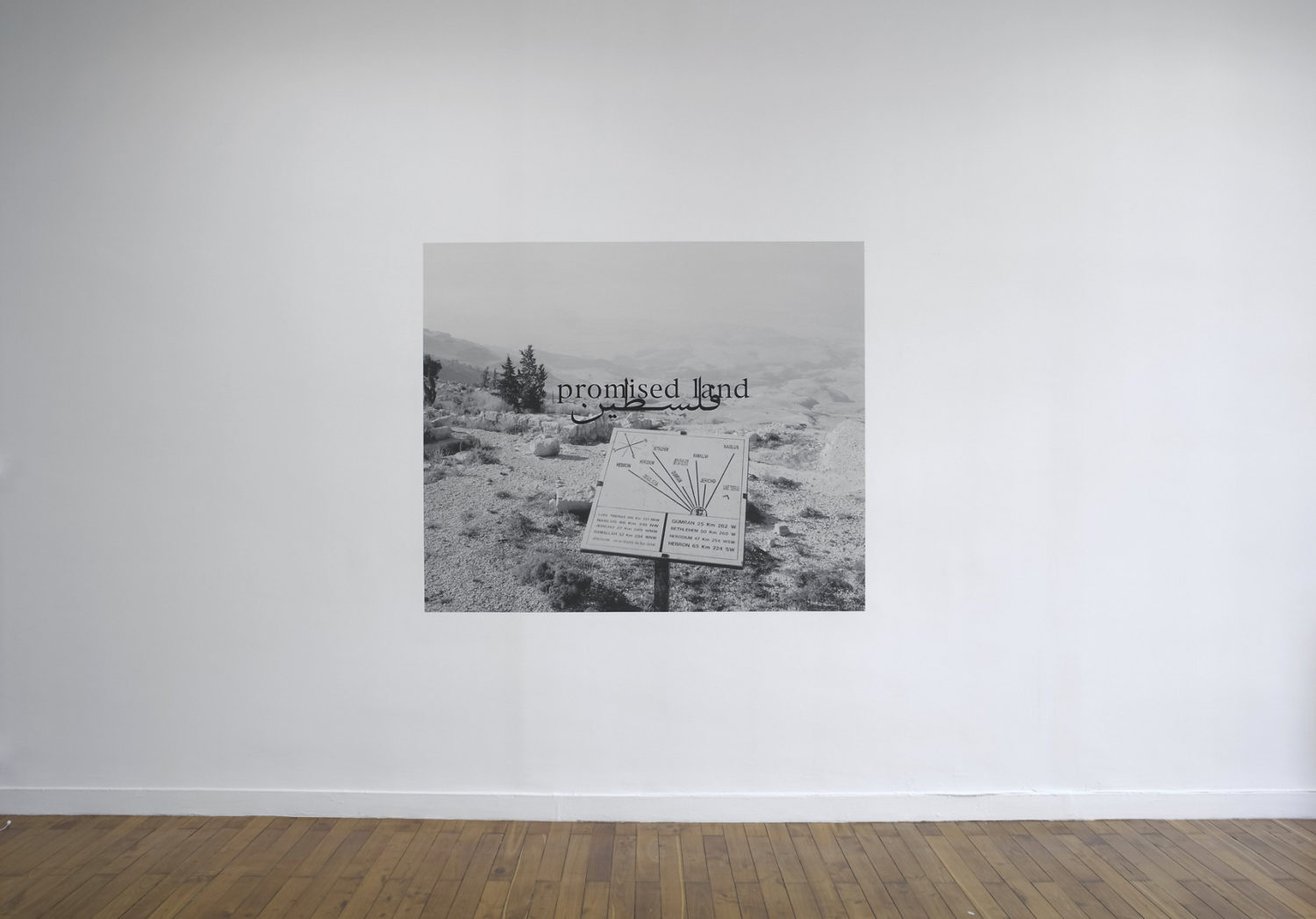 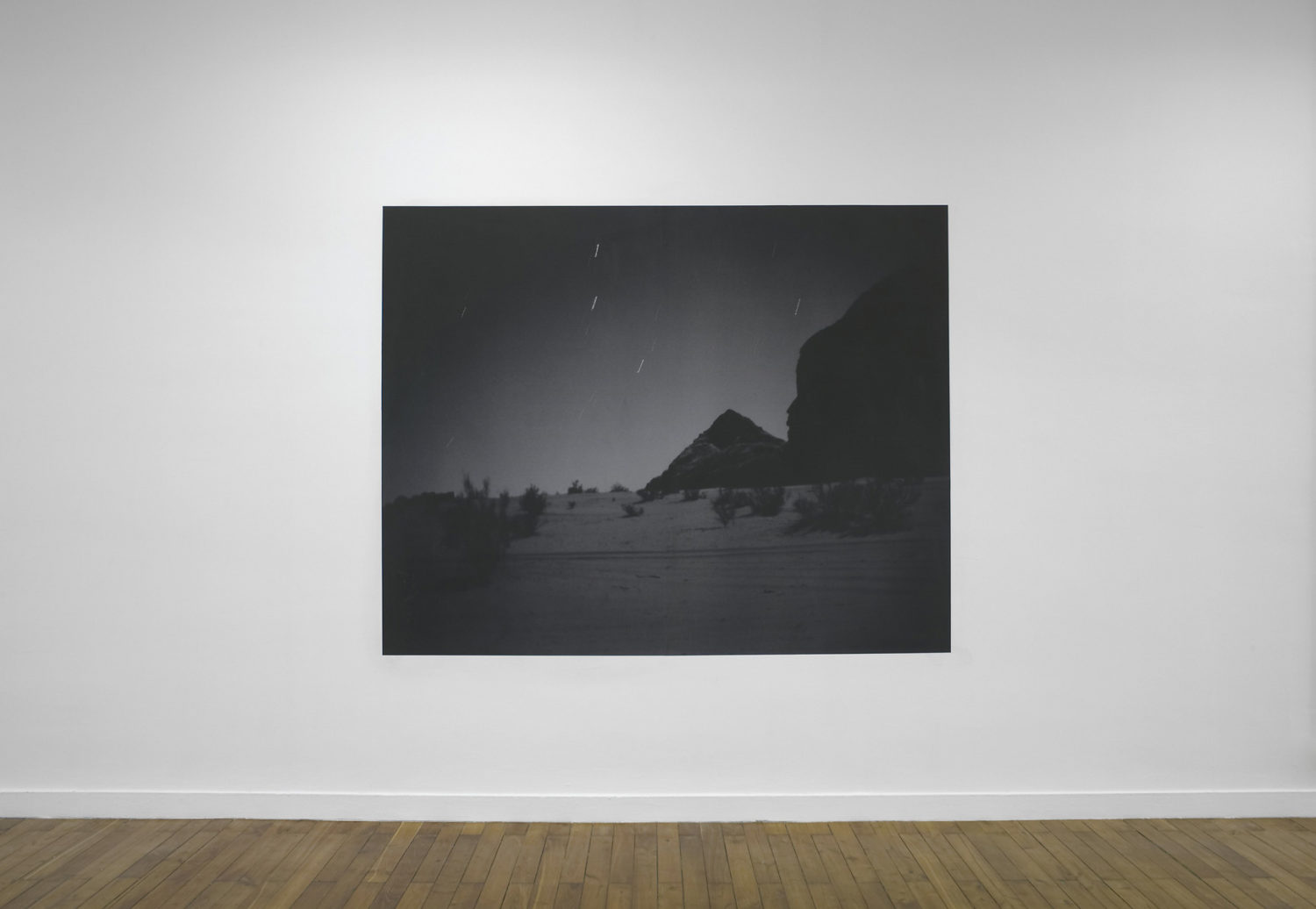 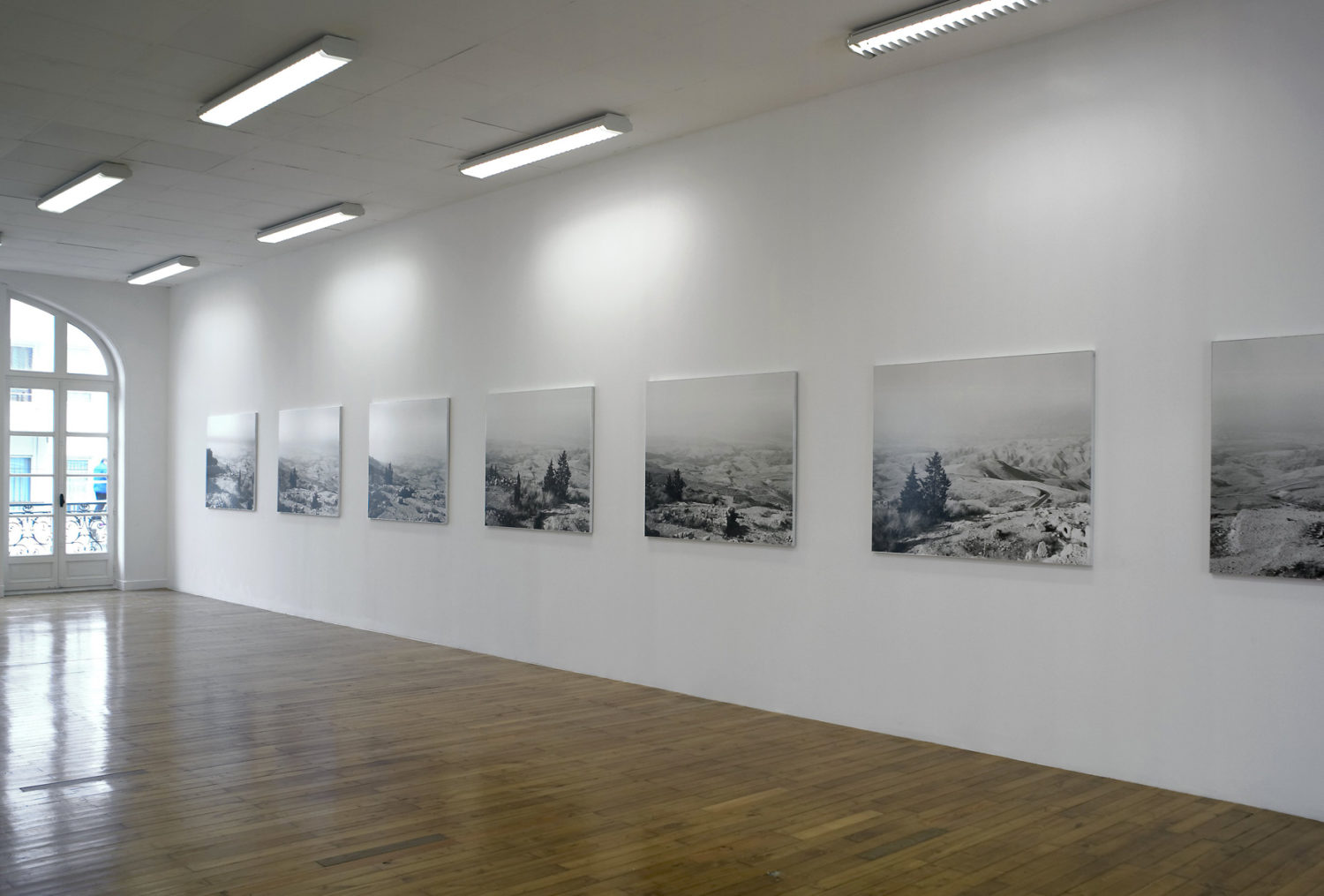 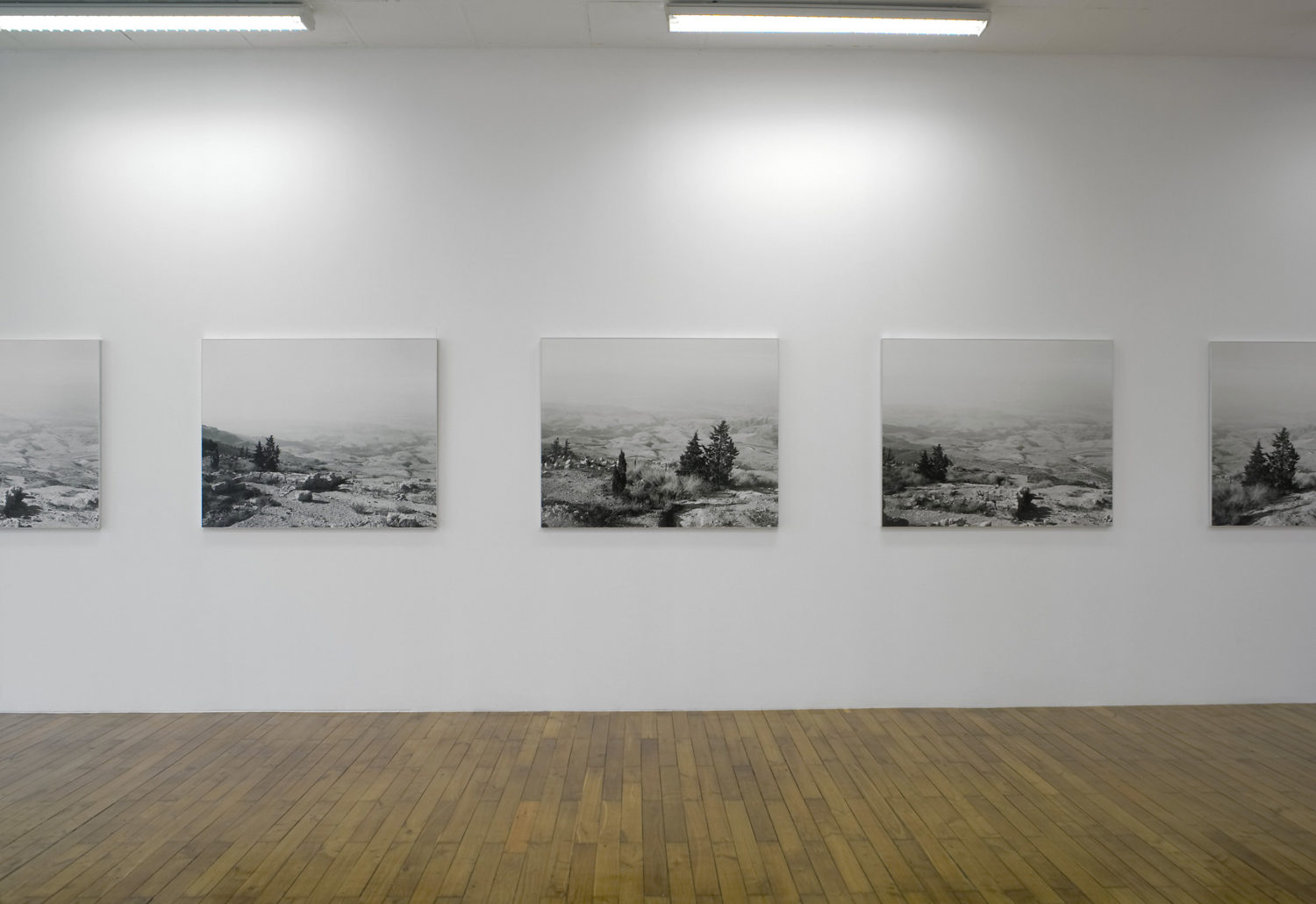 Although she has been using film since 1995, Lidwien van de Ven (Netherlands) is above all a photographer. Since 1985 she has been developing a meditation on the meaning of the image. After having notably photographed buildings that bear witness to major historical changes, such as the Reichstag or the Berlin Olympic stadium, she has now turned to the themes of politics and religion and their re-creation in images by the press.

Above all, she asks questions about the unseen in events covered by the media.She therefore travels the world and frequently occupies the same sites of investigation as journalists, where she explores questions of representation, of the mechanics of image perception, of what is visible or invisible. However, the images that she makes do not obey the rules of photojournalism (the search for the spectacular, the immediate perception of that which is represented …). Hand printed in large format black and white, her images often record that which is outside the frame of news stories, keeping to the margins of events and engaging the viewer in a slow motion reading.

The Grand Café exhibition shows recent images made in the Middle East and in Europe, which relate to contemporary politics and religion. Whether presented as &ldquo;paintings&rdquo; or as urban billboard posters, Lidwien van de Ven’s images do not strictly-speaking suggest a counter-report. They carefully investigate the frontier between reality and representation, image and language, news and contemporary history, while leaving whole the enigma of the visible.

Born in 1963 in Hulst (Netherlands).
Lives and works in Rotterdam.
The artist is represented by the Gallery Paul Andriesse.