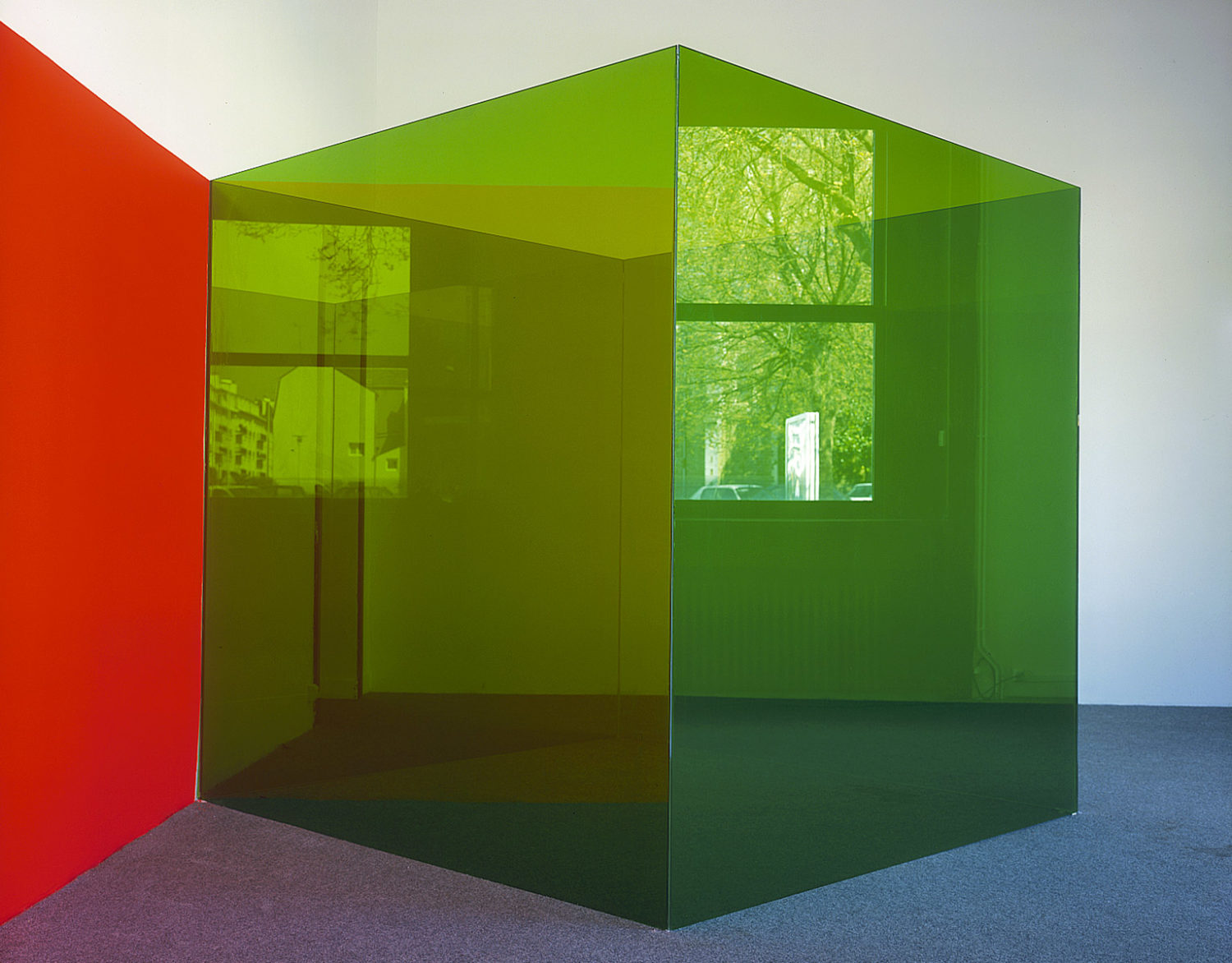 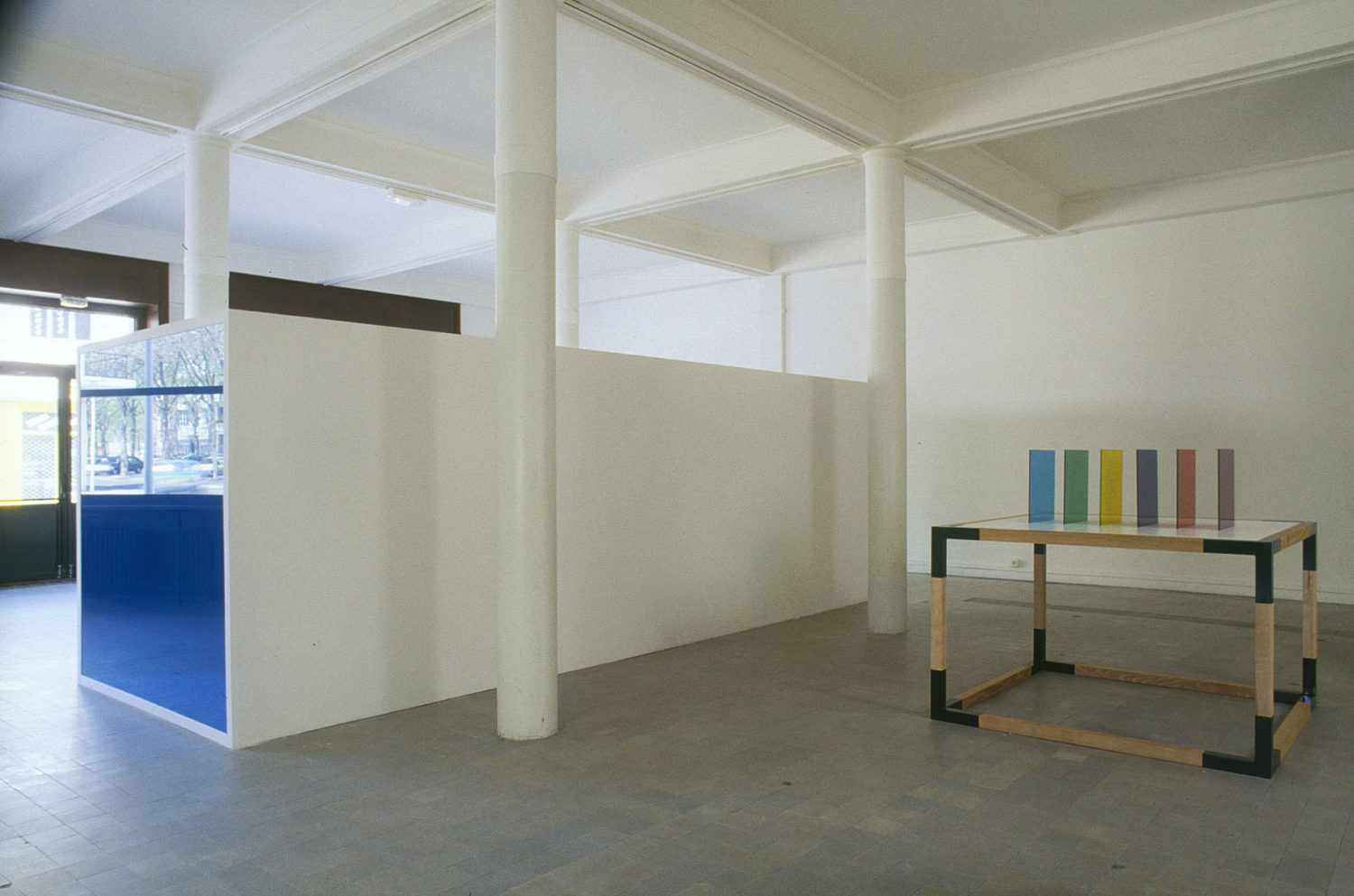 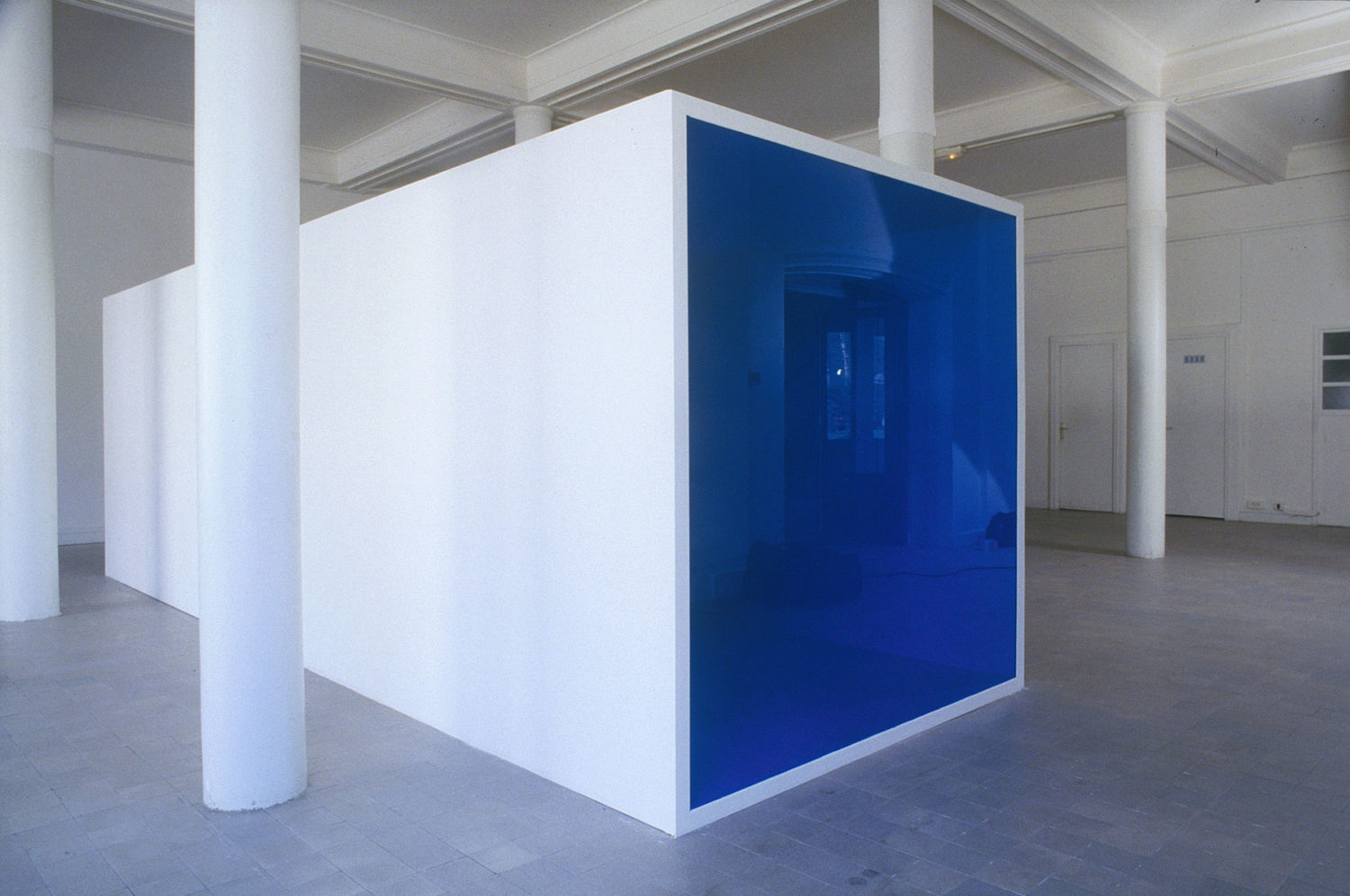 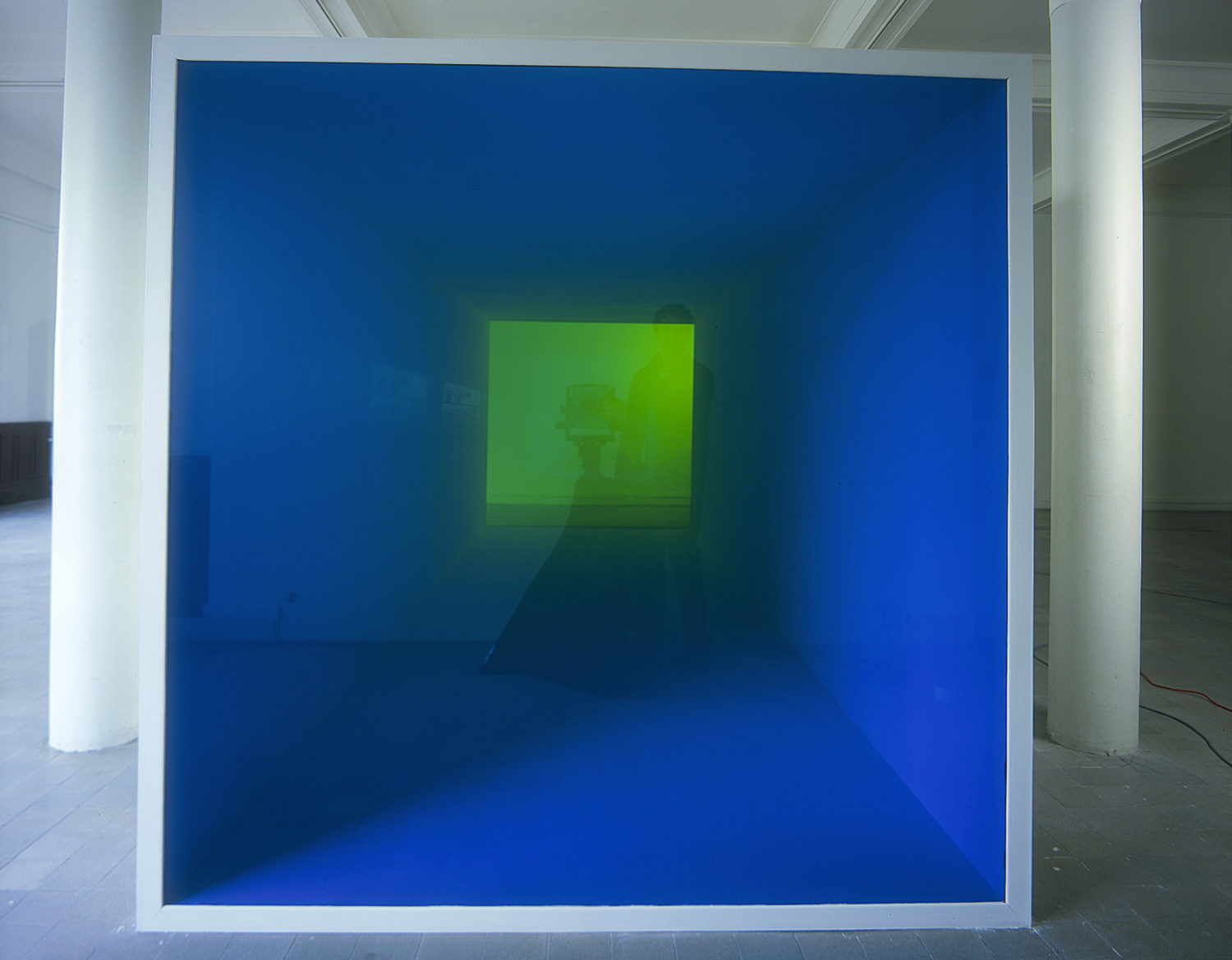 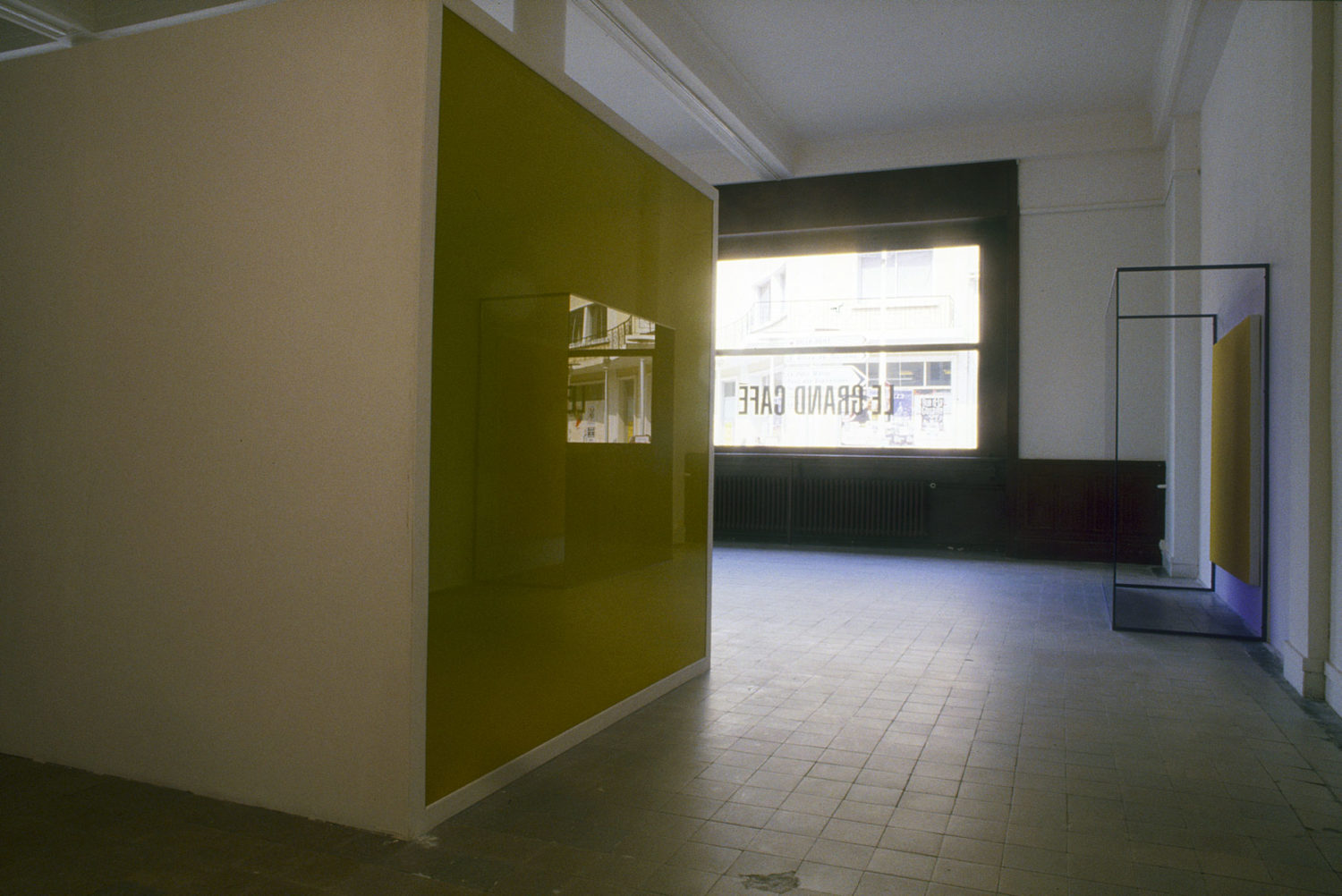 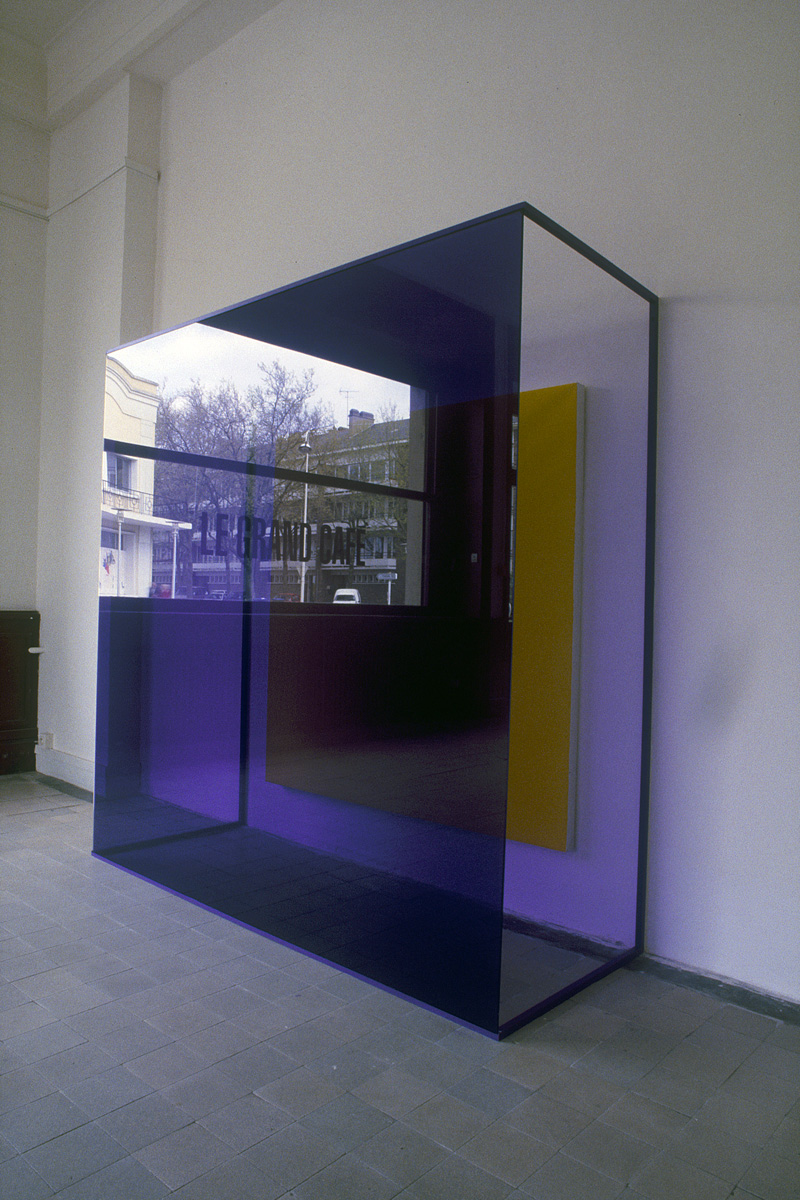 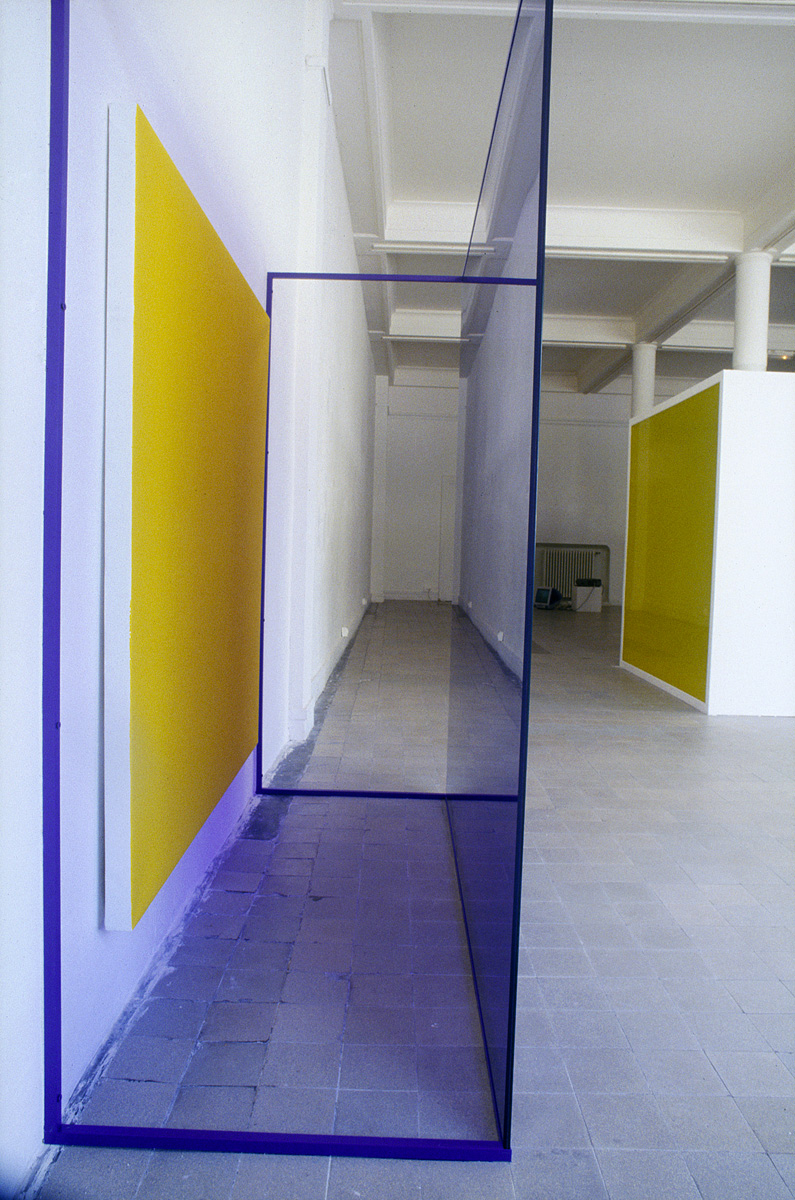 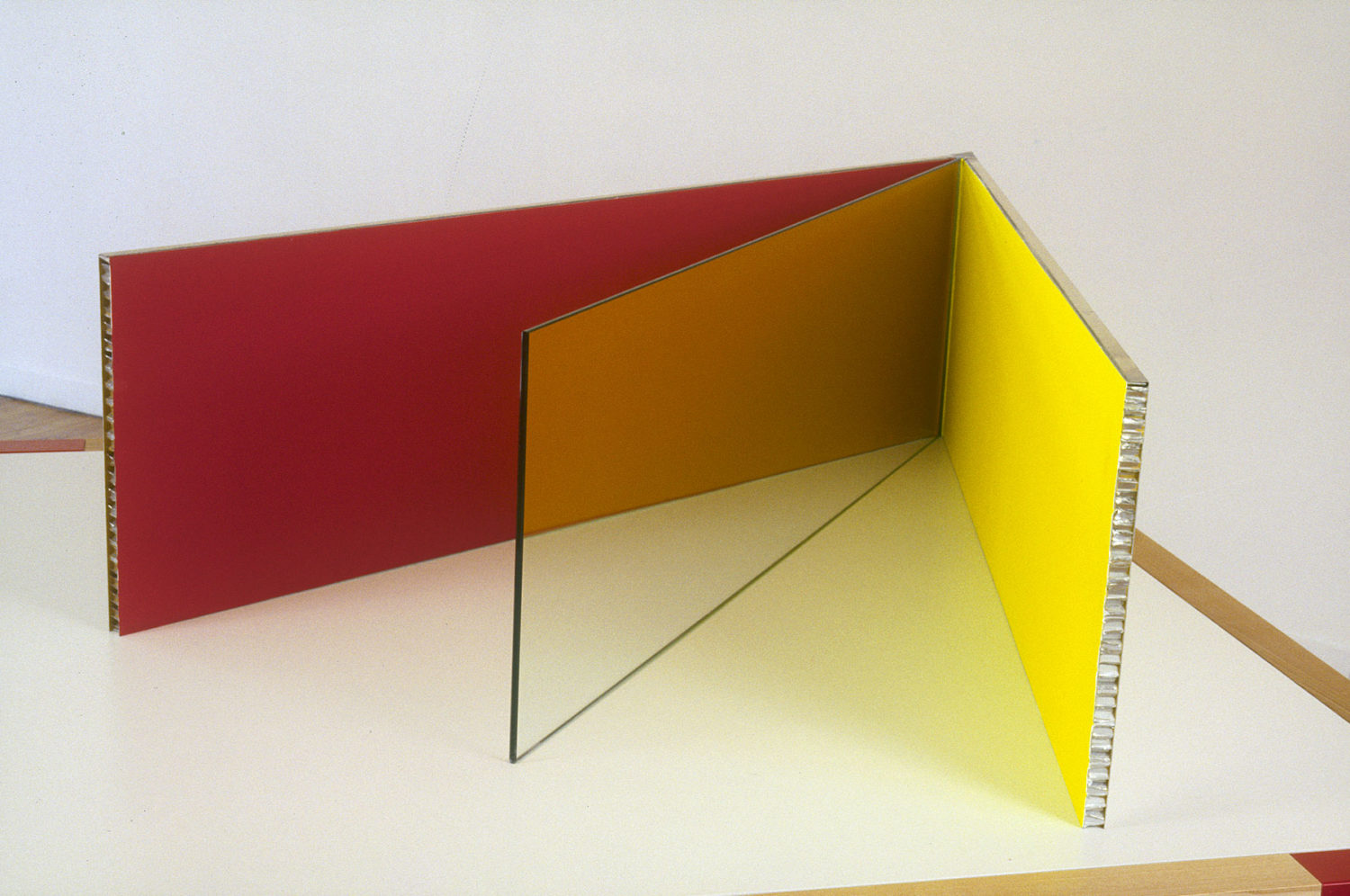 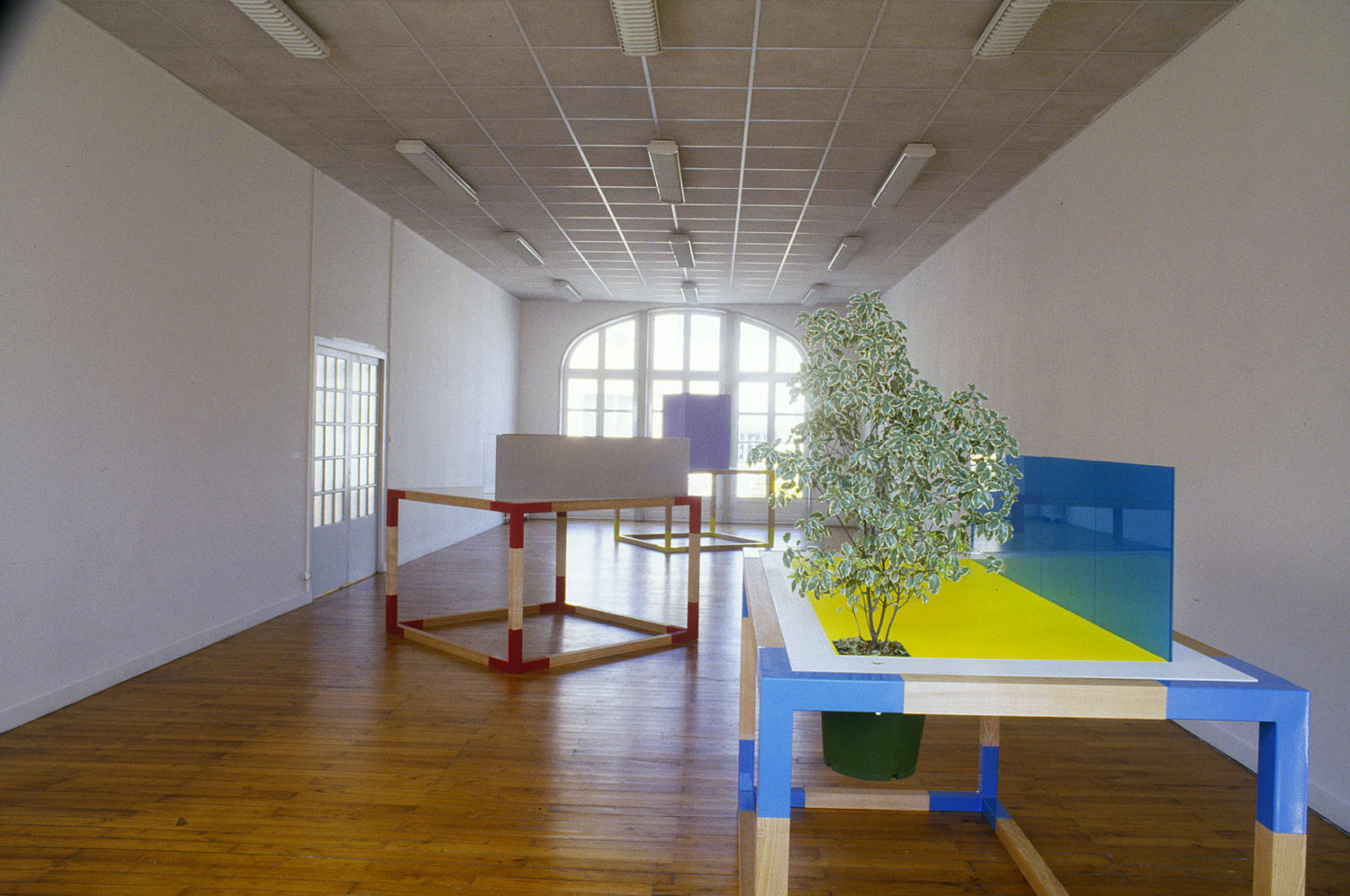 Laurent Saksik is no longer inclined to make light play a role that reveals the visible, notably colour, but to also make apparent its transmission itself through structures and materials that can give it a ‘body’, a ‘volume’. His cubes, where a coloured light spreads inside them, are a continuation of work that he began within painting. For him, painting was already not so much about engaging with the invention of new formal compositions as about being essentially interested in the conditions of visibility of colour, which are indissociably linked to the action of light. This then led him to consider the painting as simply a screen obstructing a beam of light, everything therefore taking place in the interaction between the pigment that covered it and the light projected on it. The result of this interaction created a reflective surface that tends to disassociate itself from its support and begin to spread in space where, to further deny any formal interest in the ‘picture’, viewers’ shadows might even be projected.

“Before being interested”, Laurent Saksik has written, “in the site of propagation of the pictorial field (pigment being able to operate as a source of coloured light) I decided to marshal it, spatialise it. I then chose to circumscribe the space of radiance in such a way that it made this coloured radiance ‘resonate’”. He perfected what one might call boxes of resonance, in the form of cubes that he simply named Air. “Air,” he says, “could be described as radiation delimited by a cubic volume made up of planes of frosted glass”. This frosted glass can in fact propagate the colour of two of its six walls within all the space of the cube and beyond. Light is therefore not just the invisible material that reveals colours that would otherwise not be seen; according to the expression of Saksik it becomes, in itself, a “volume of coloured air”.

Born in 1962 in Antony, Hauts de Seine
Works and lives in Paris