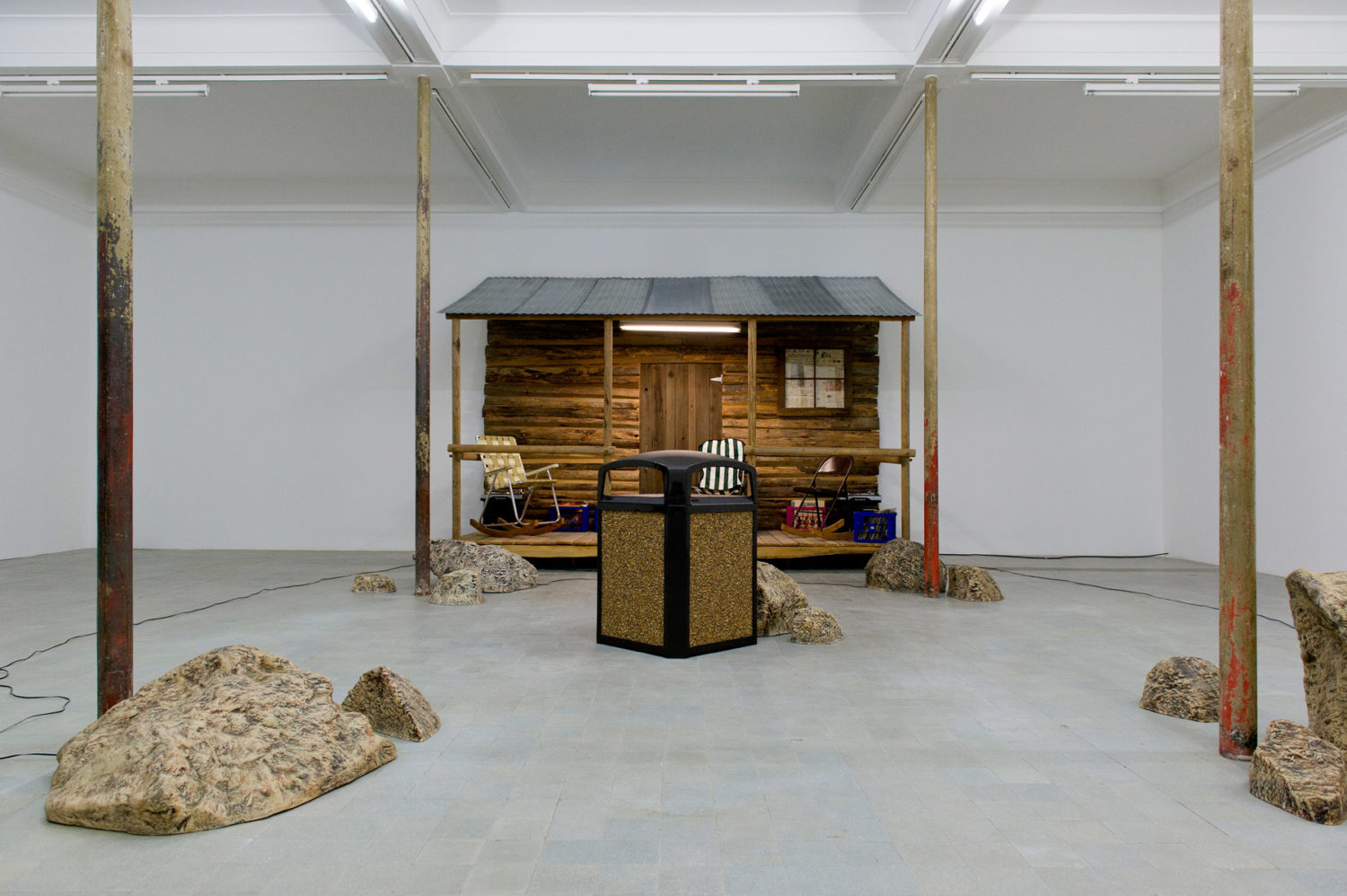 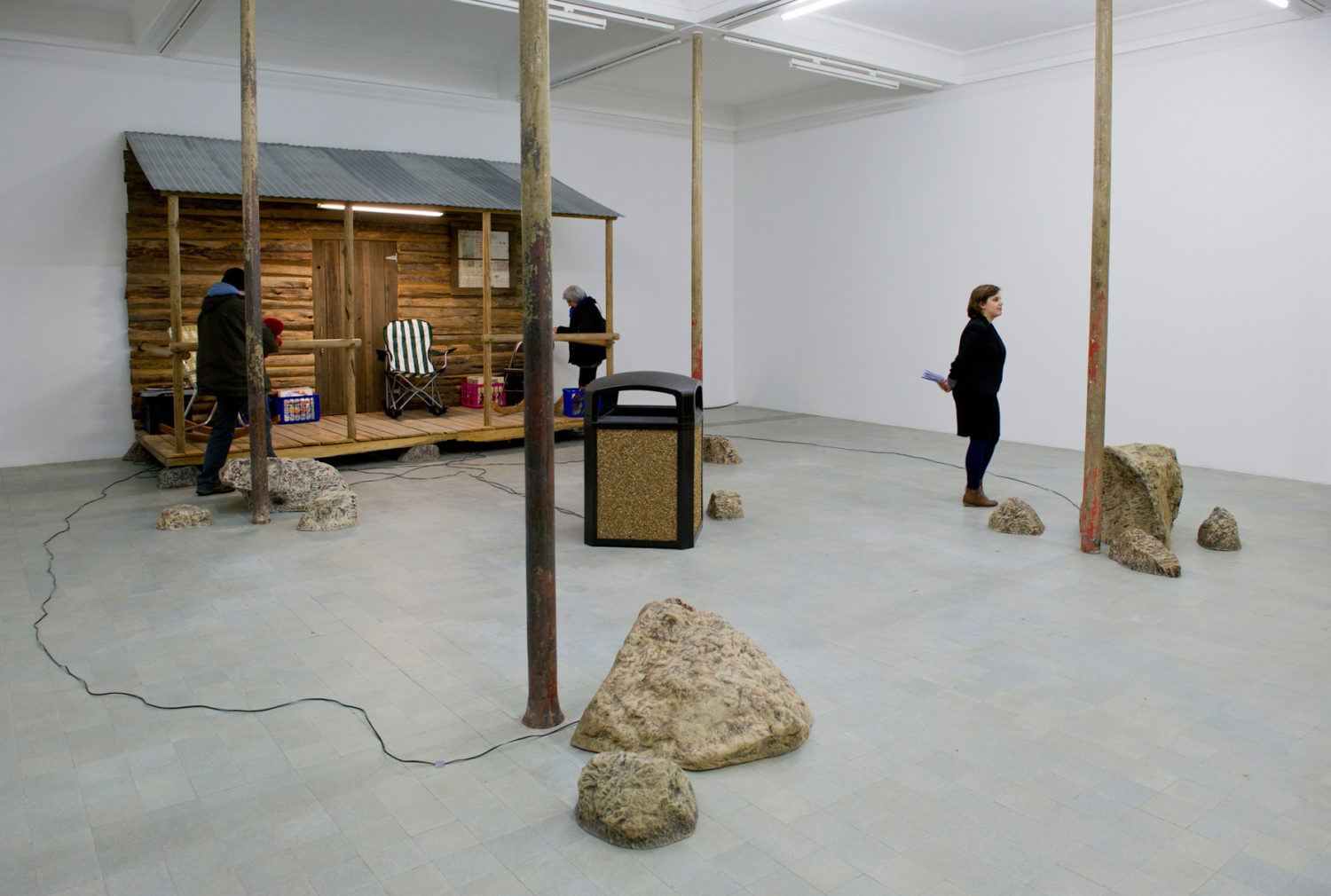 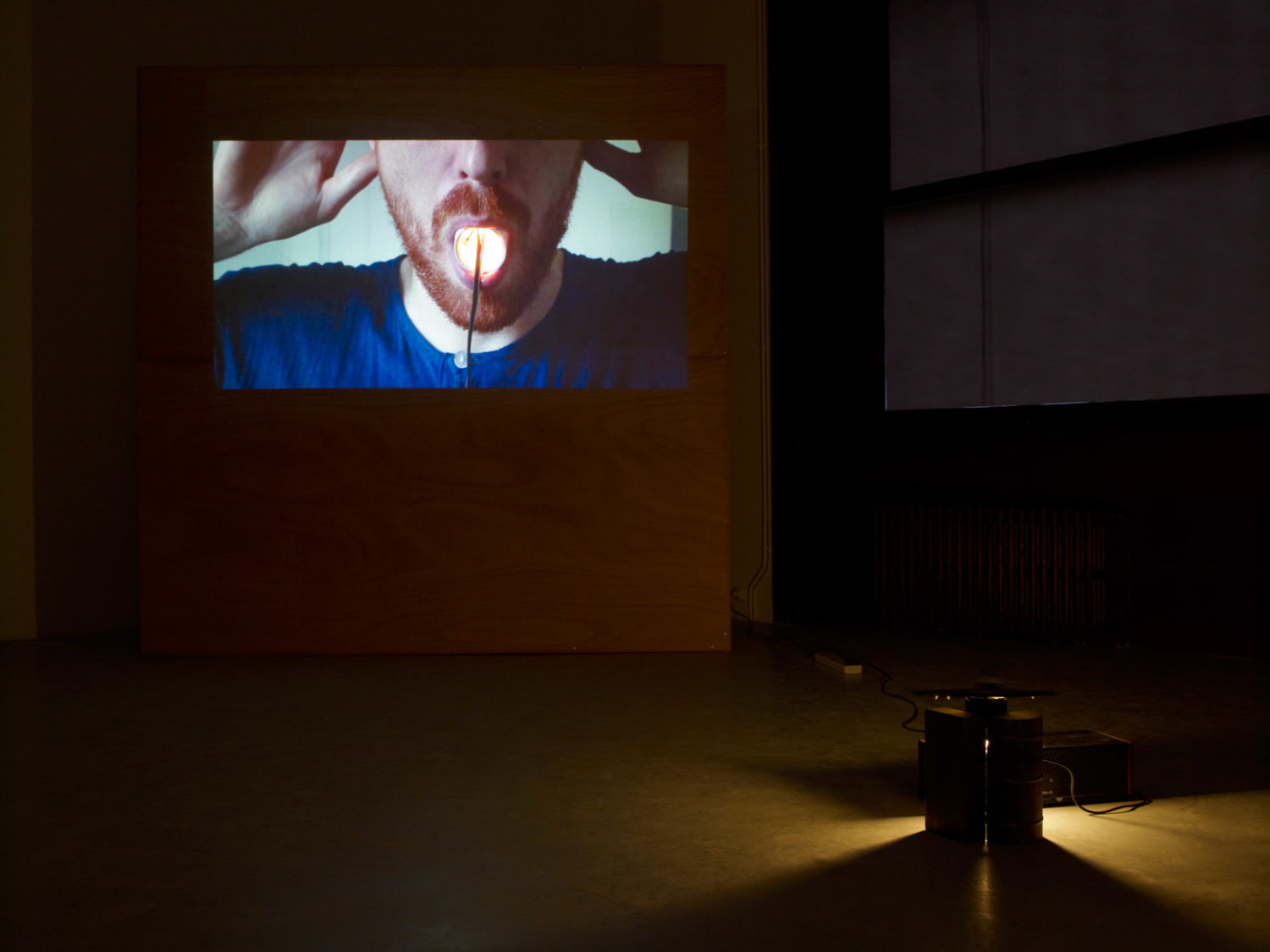 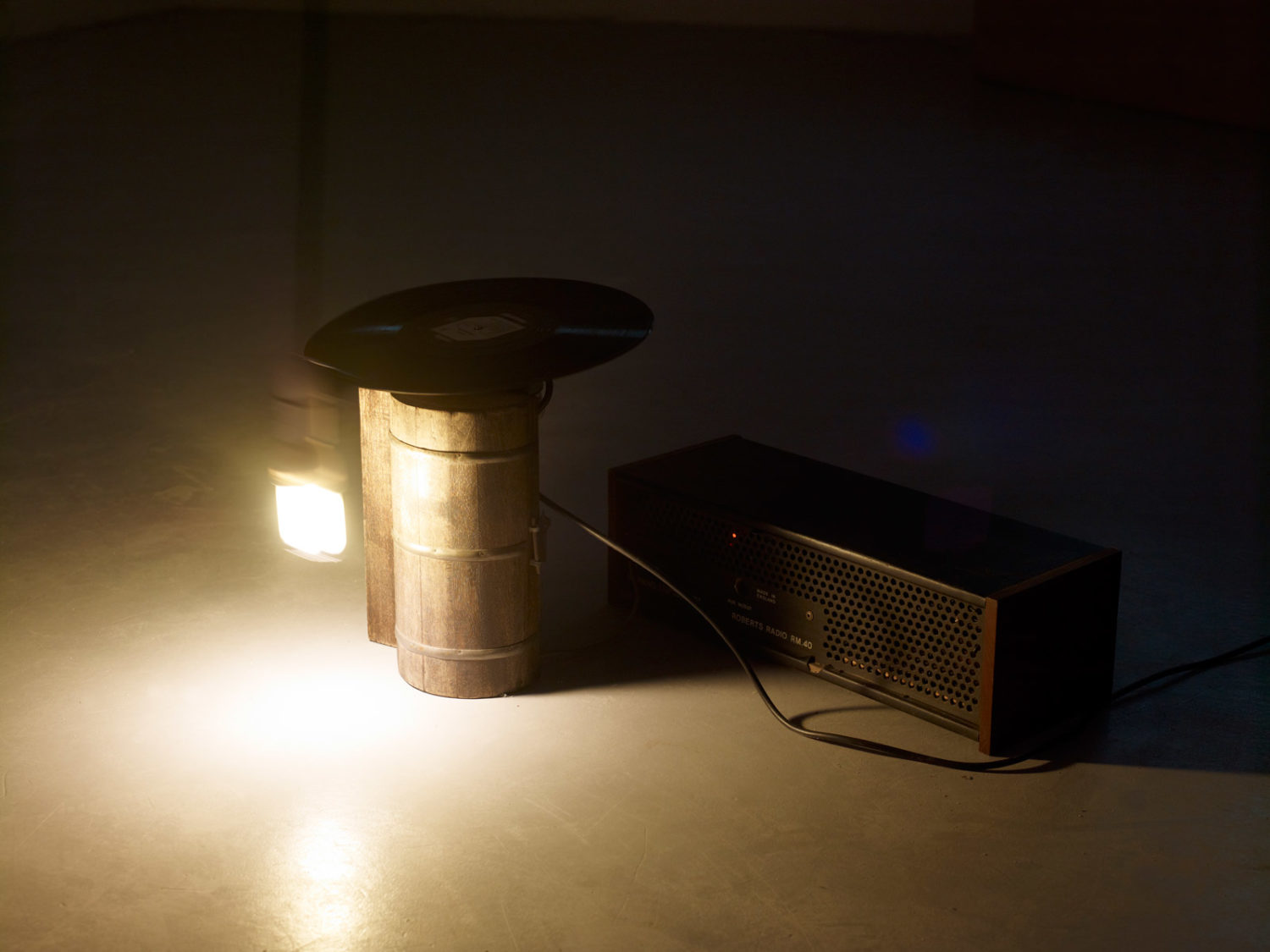 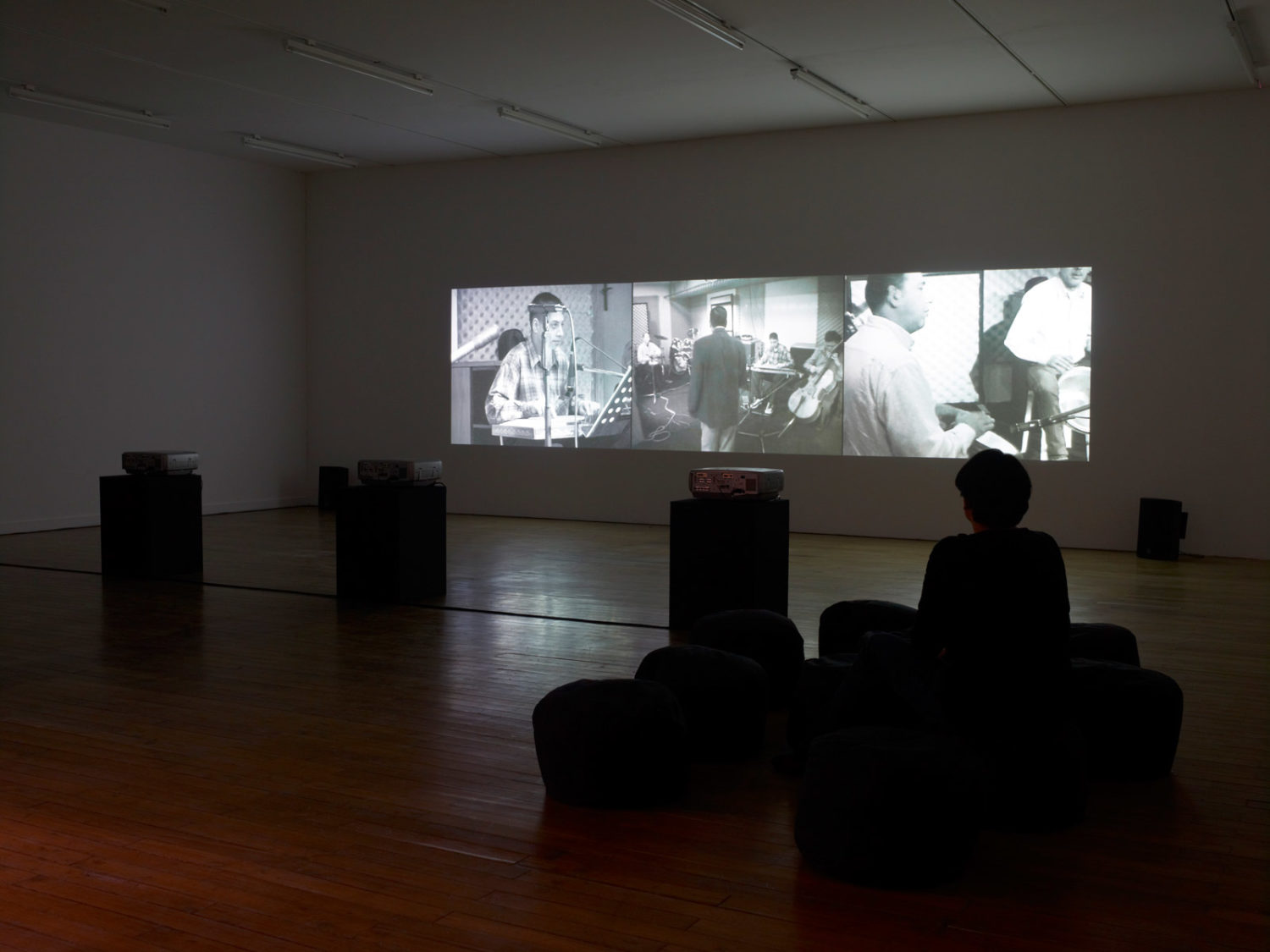 Give Piece a Chance is a part of the 3rd edition of Free Son 3 – an artistic event focused on sound aspects, in Saint-Nazaire.

Could music – popular, traditional or world music – be a favoured medium for commenting on the transformations of the world? Could an invisible and enveloping polyphonic material have the capacity to incorporate and express in some particular way the subtle upheavals of a society, its reactionary flows and its emancipatory forces?

Sam Durant, Haroon Mirza, and Bojan Šarčević seem to be formulating this hypothesis when they explore the role of music in the face of history, and open up spaces to (re)read past or contemporary moments related to the (trans)formation of cultural identities.

Although they take a conceptual and political approach to music, the three artists nonetheless markedly resist the theoretical or didactic: suggestion always wins out over frontality, and the body-the performing body or the listening body-is the essential medium of the circulation between a musical fragment and its social context. Sam Durant, Haroon Mirza and Bojan Šarčević take this up in their own different ways and show how, in the face of imposed structural logics, the musical form allows for the sketching out of transversal pathways and alternative conceptions of the world, the shaking up of archetypes and symbols. Whether transporting us to the south of the United States, to Turkey or to a flat in England, the dimension of sound arranges a period of poetic suspension that favours studied reflection, like so many interpretive spaces standing as acts of resistance.

To be followed like a contrapuntal composition, the exhibition Give piece a chance articulates these three critical views of the foundations of nation states and their cultural and religious contexts. It delicately reveals certain mechanisms at work in our societies, such as the perpetual swinging movement between memory and the disturbingly forgotten, between fear and fascination.

It takes its title from the John Lennon track “Give Peace a Chance”, composed during the Bed-In happening he performed with Yoko Ono in 1969: one of the first intersections of popular music, visual art and political manifesto. Forty years later, while imperialisms no longer always manifest themselves as armed conflict, the same question remains: will we know how to give ourselves a chance to “live together”?

Haroon Mirza
Born in London in 1977 where he lives and works.
The artist is represented by Lisson Gallery.

Bojan Šarčević
Born in 1974 in Belgrade, Serbia.
Lives and works in Berlin and Paris.