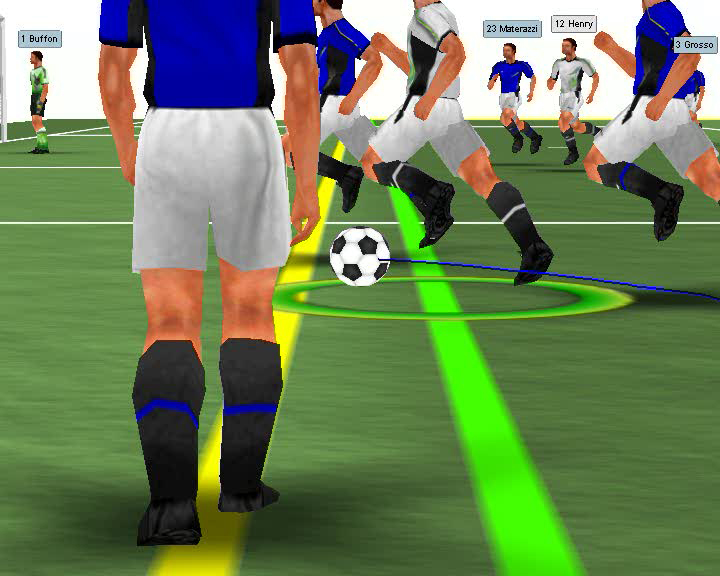 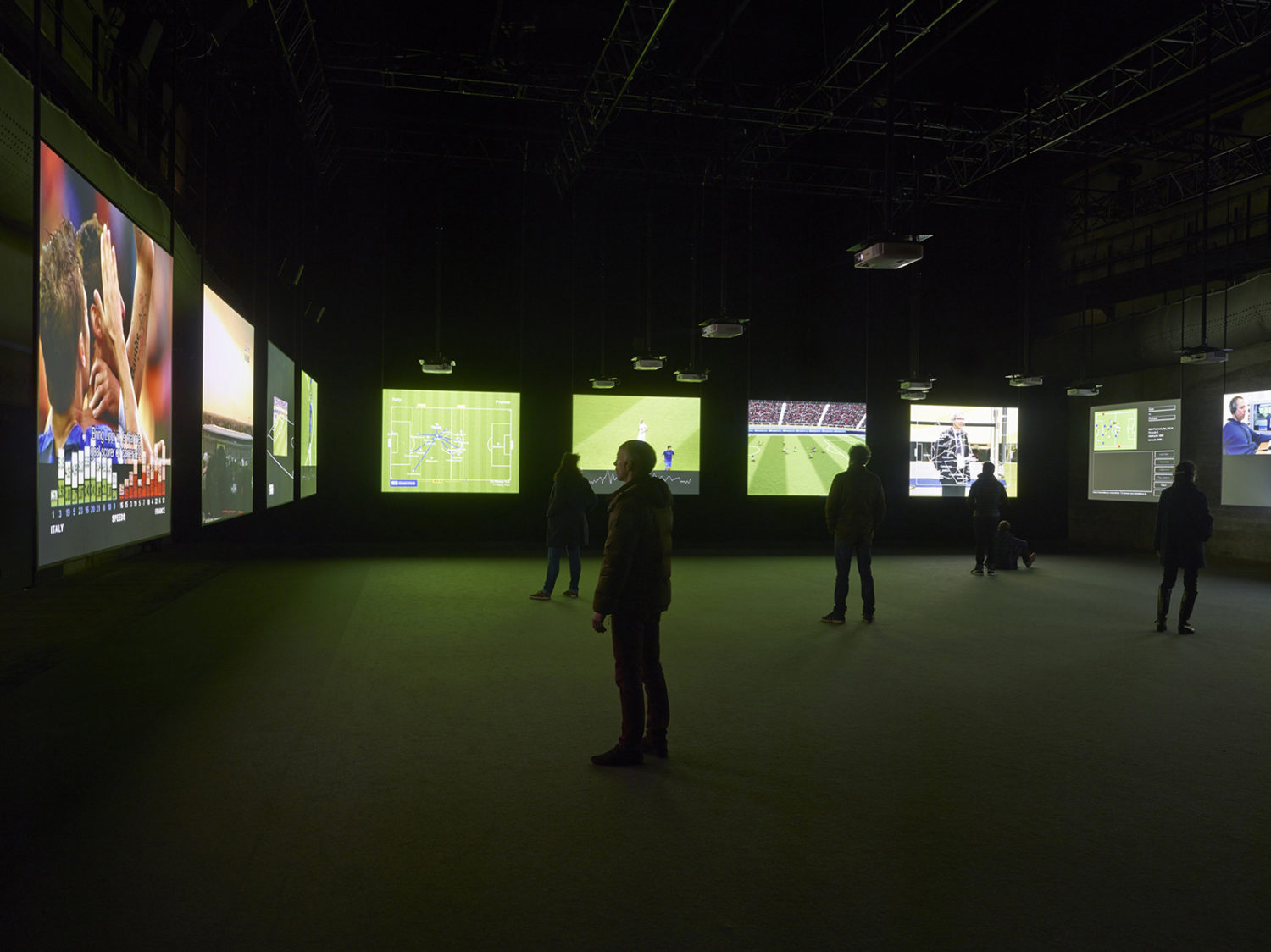 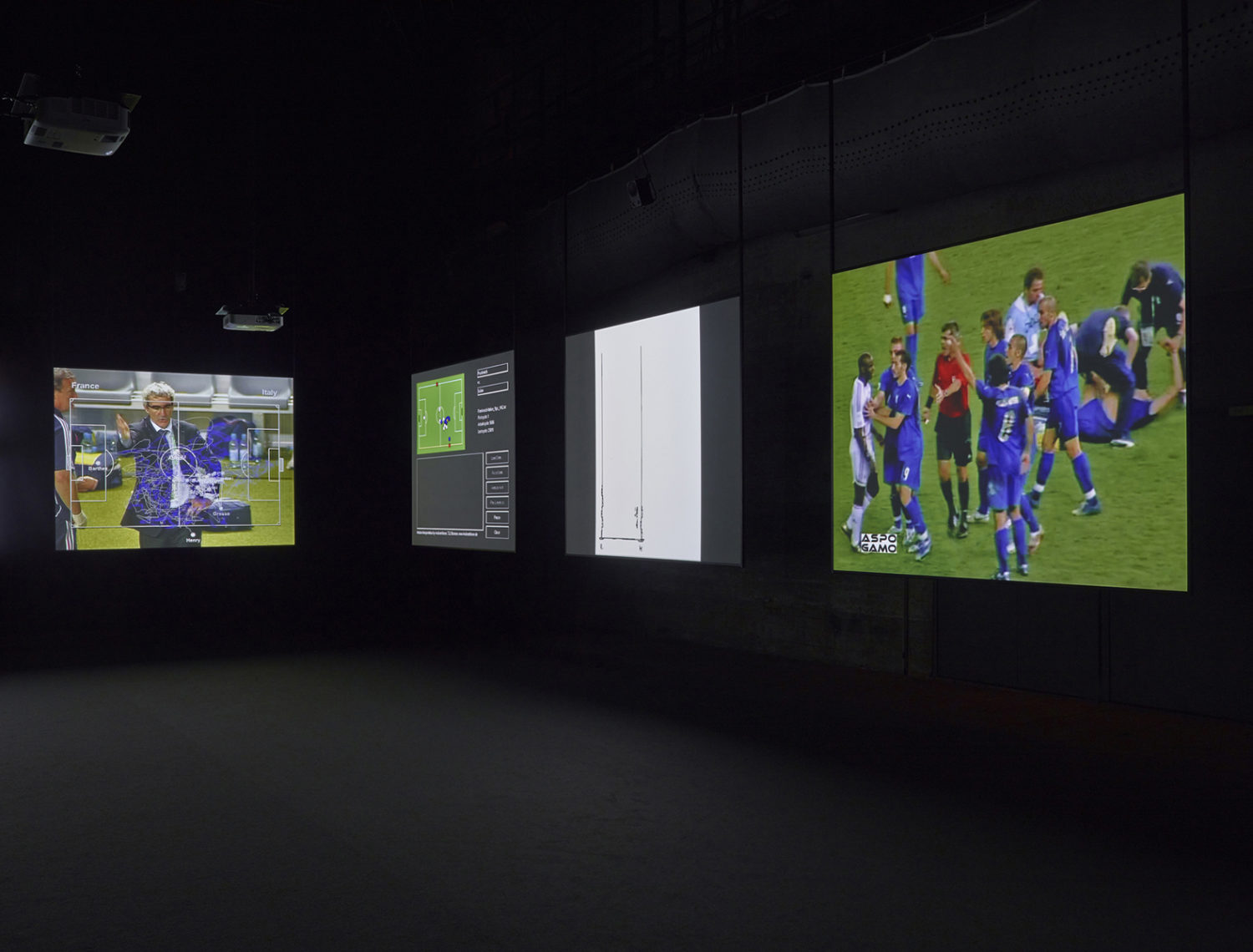 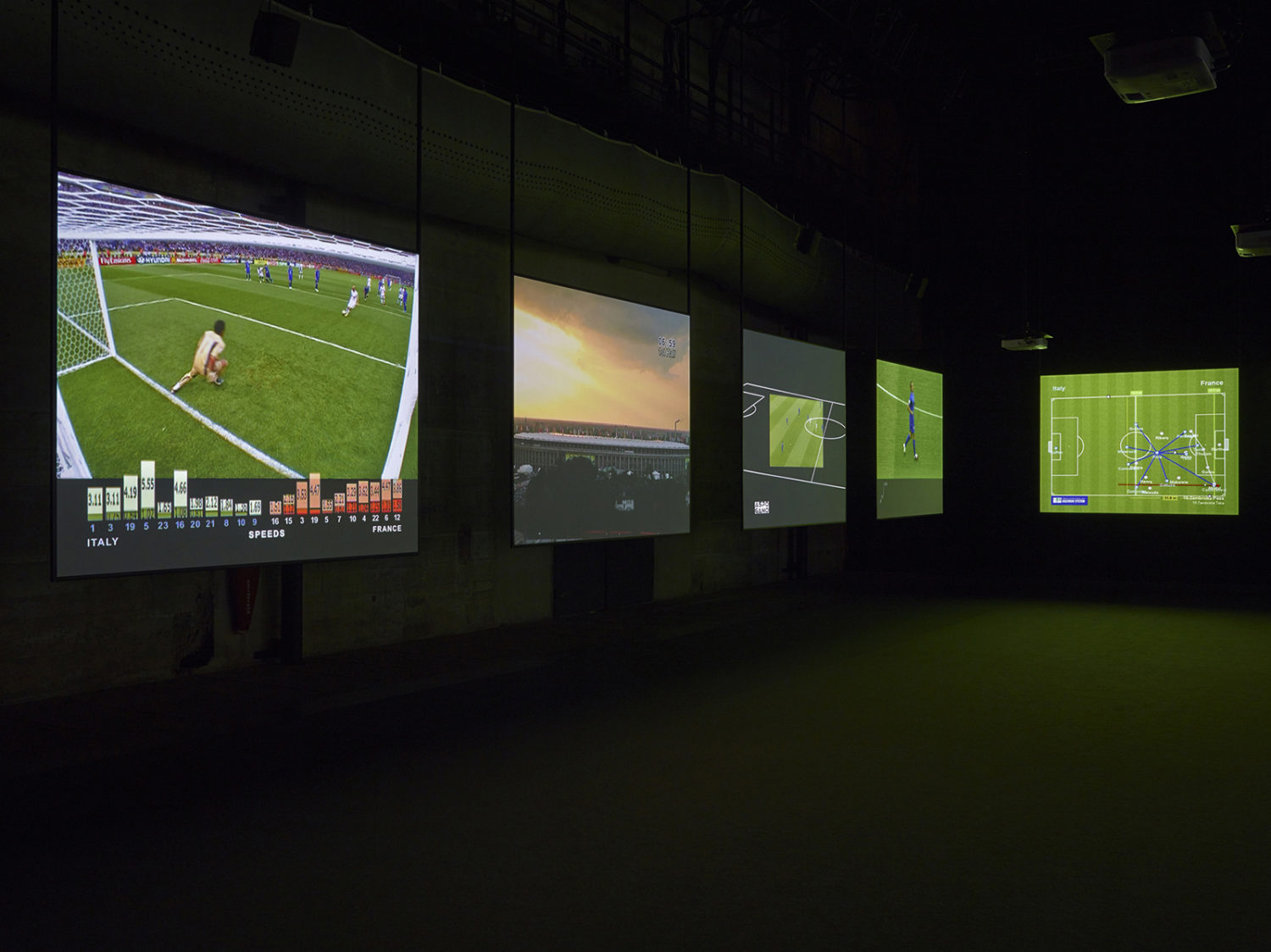 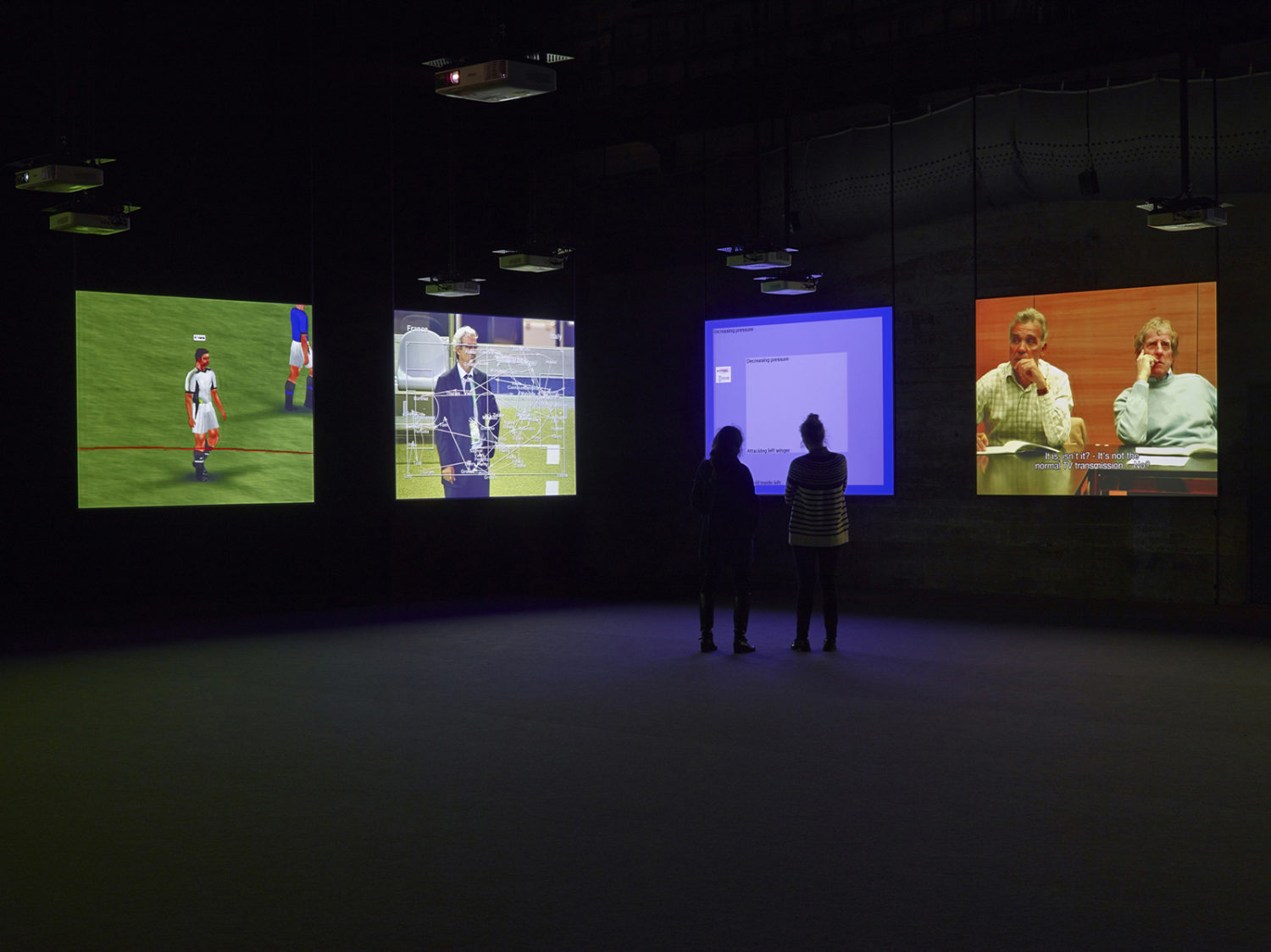 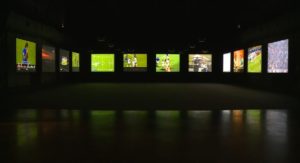 On 9 July 2006 France and Italy met in the final of the football World Cup. A truly global media event: the two teams in the match were the focus of attention for several million people all viewing the same images on live television.
Artist Harun Farocki revisits this moment of planetary collective cohesion in Deep Play, a twelve screen video installation given full measure in the space of the LiFE. Multiplying disparate sources such as previously unseen views from surveillance cameras, computers and simulators, he simultaneously shows us behind the scenes of both the match and an information society built upon the image industry.

Playing on the links between the real and its representation, the installation questions the mechanisms that construct points of view, the fabrication of information and the production of reality.
In view of the expansion of new technologies in recent years Deep Play, although created in 2006, remains startlingly current.