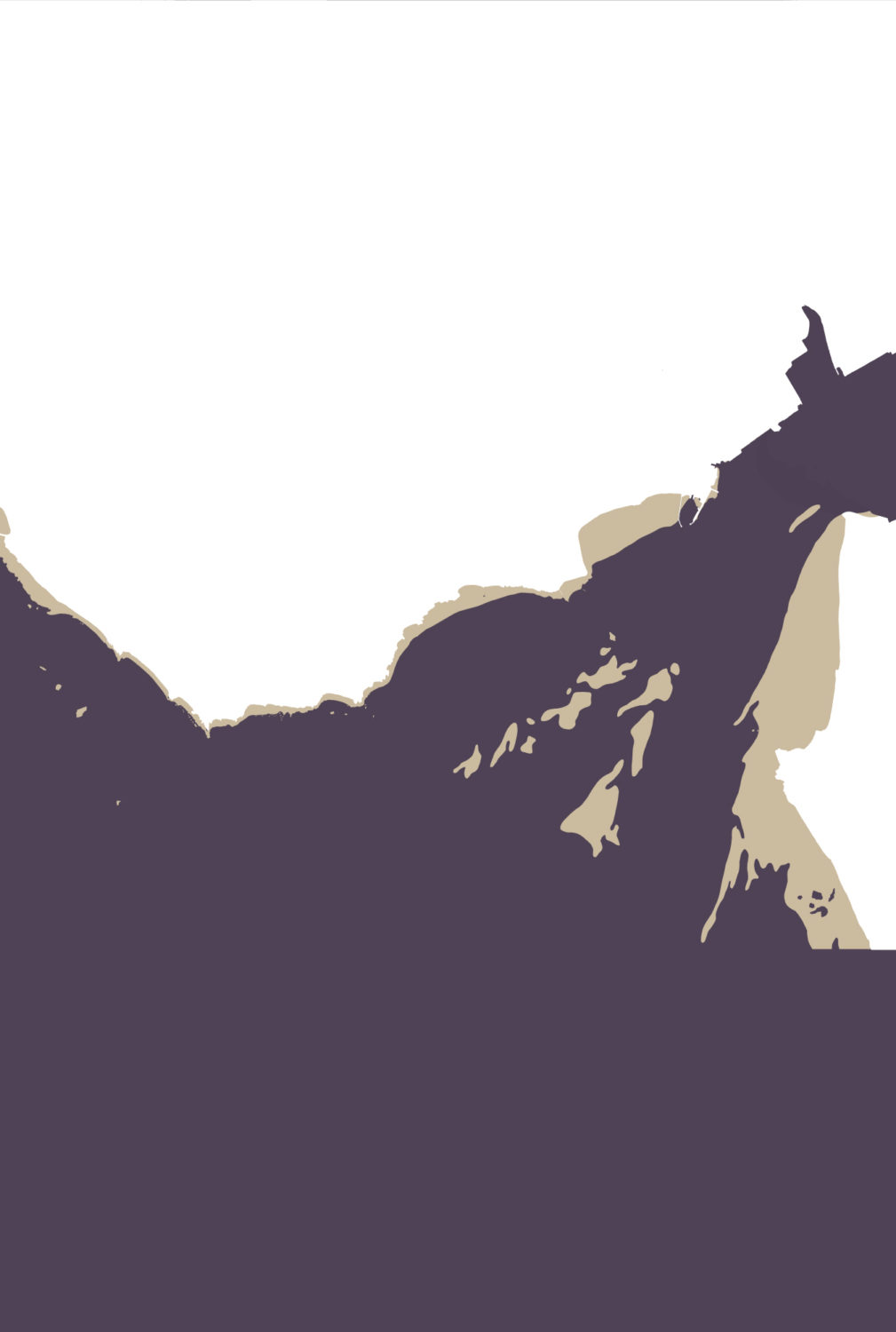 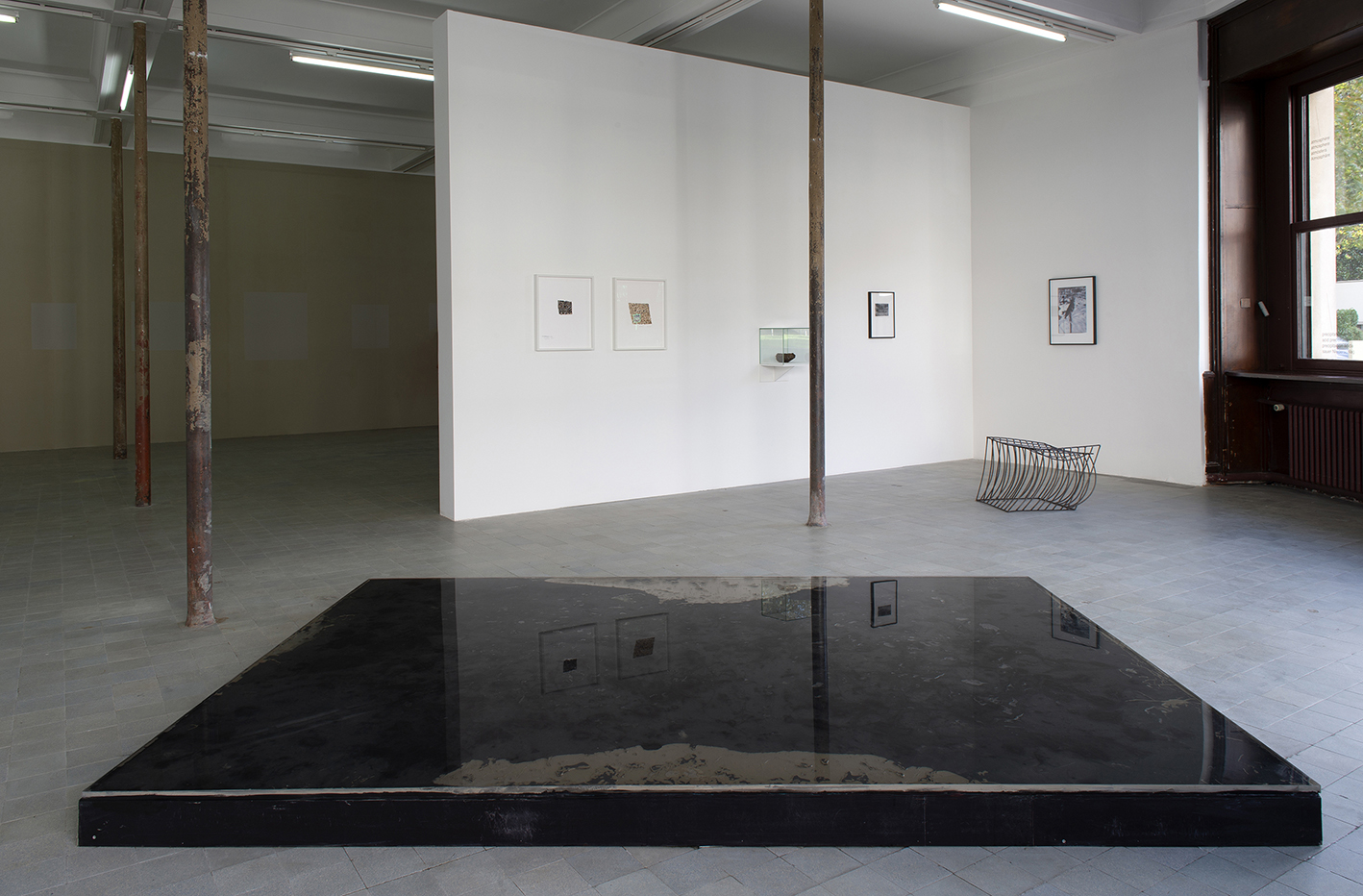 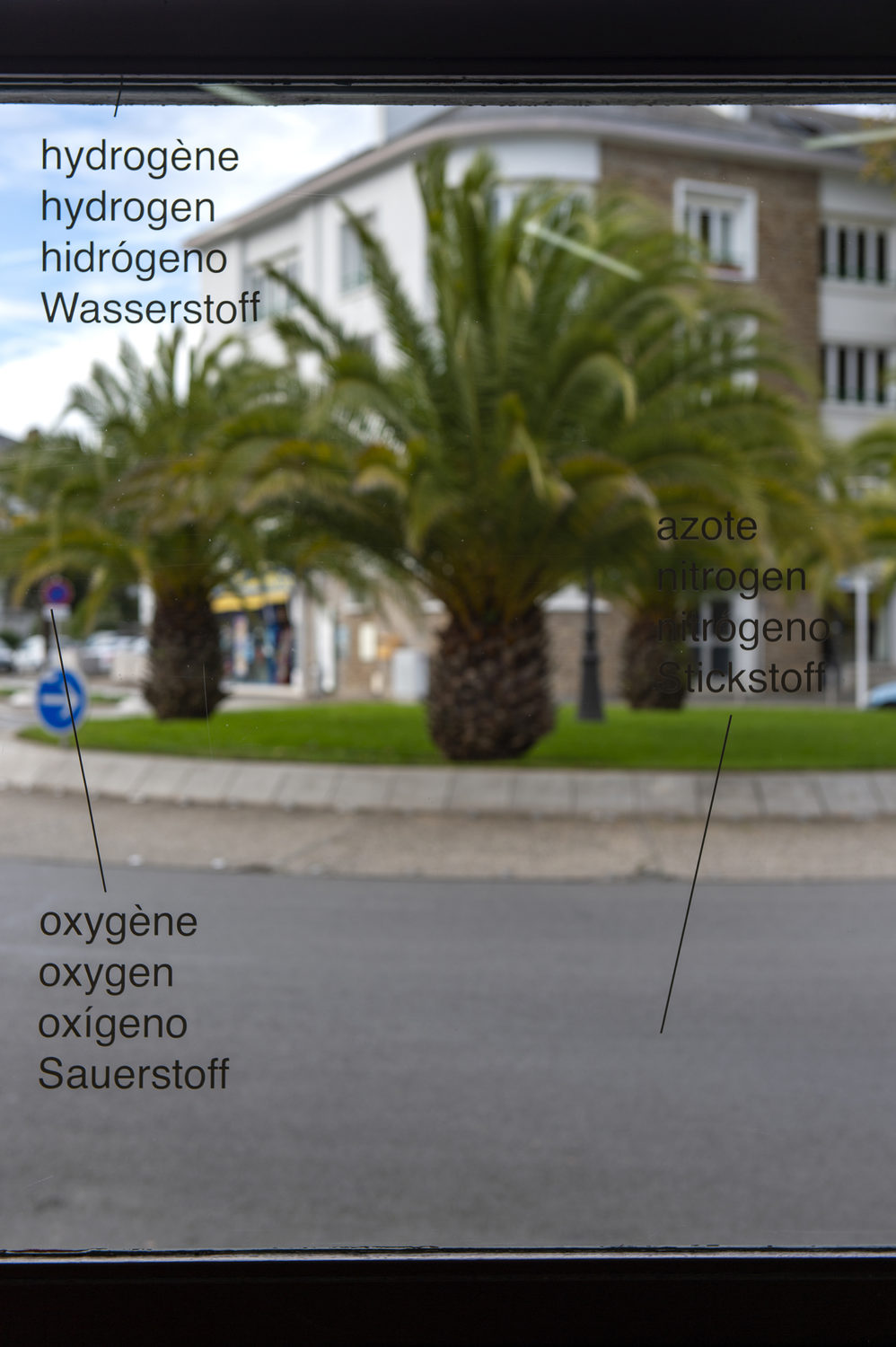 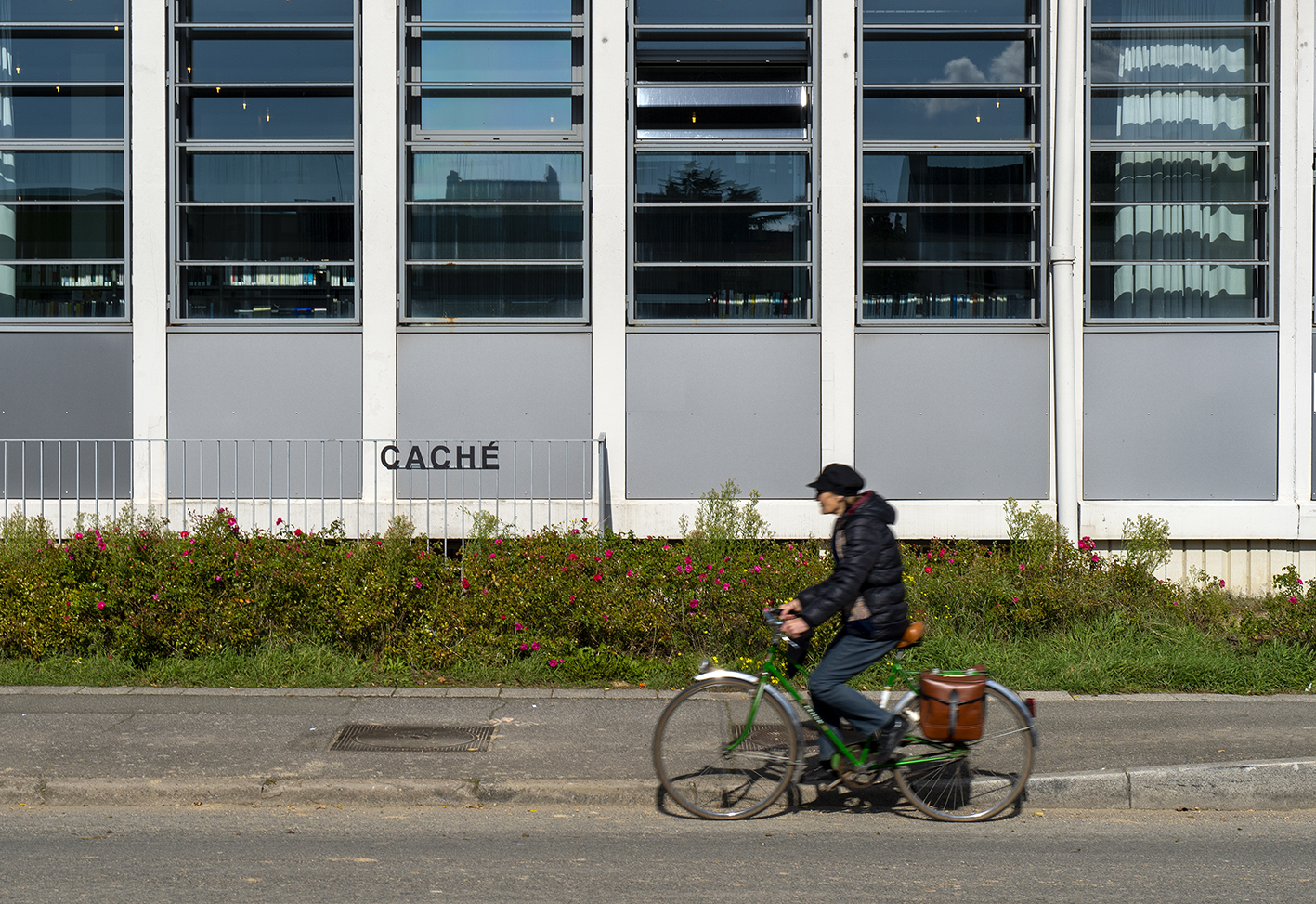 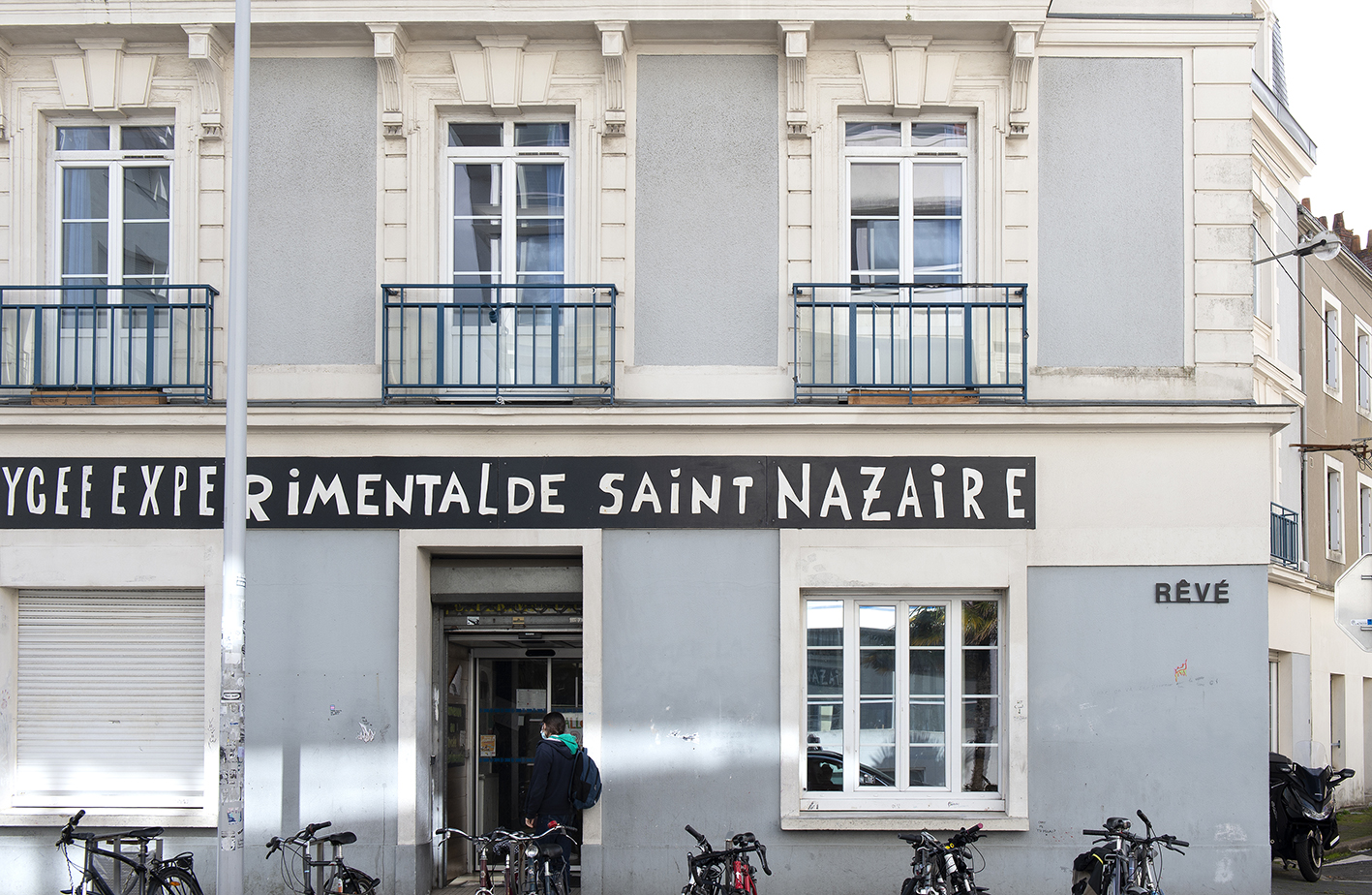 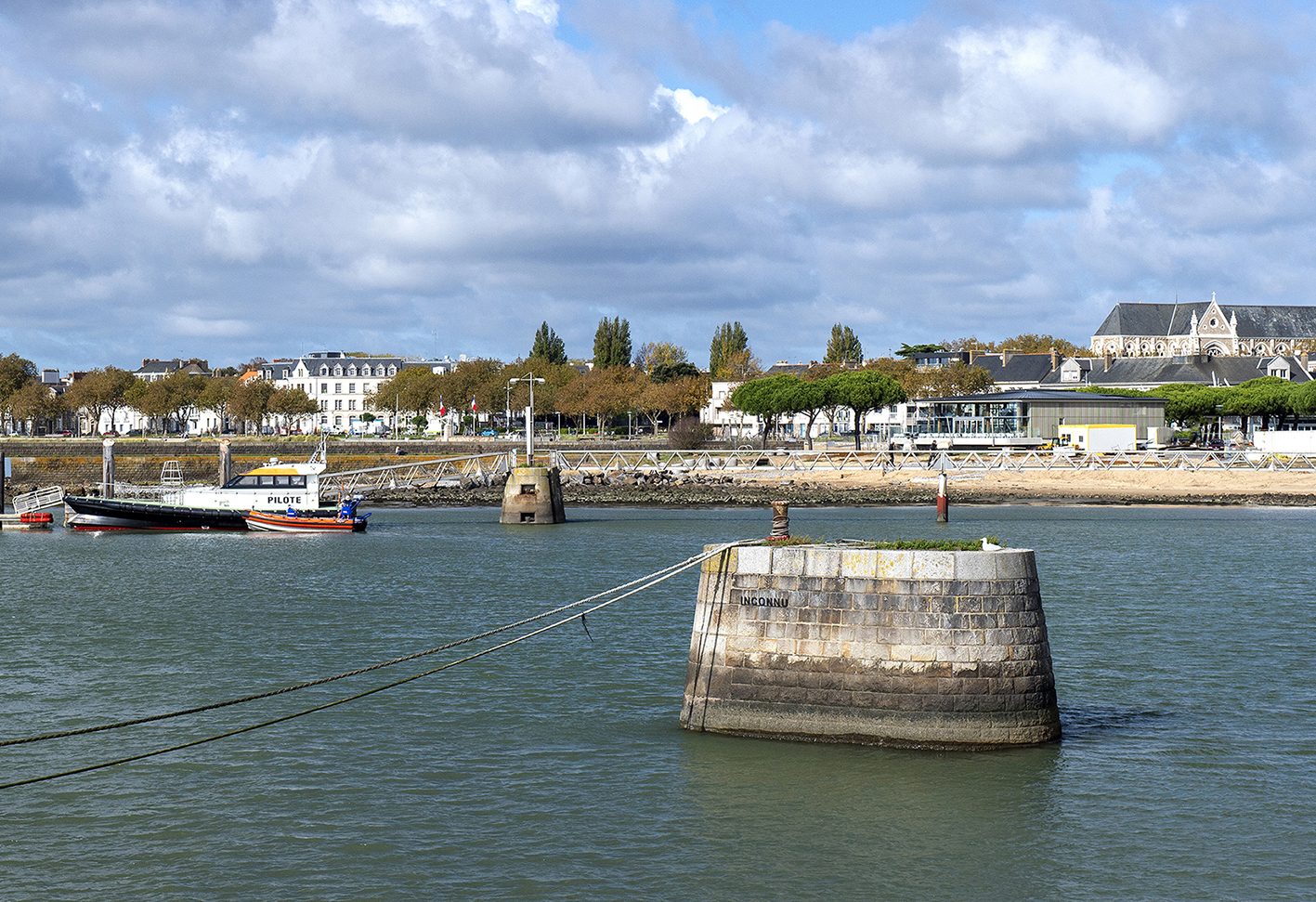 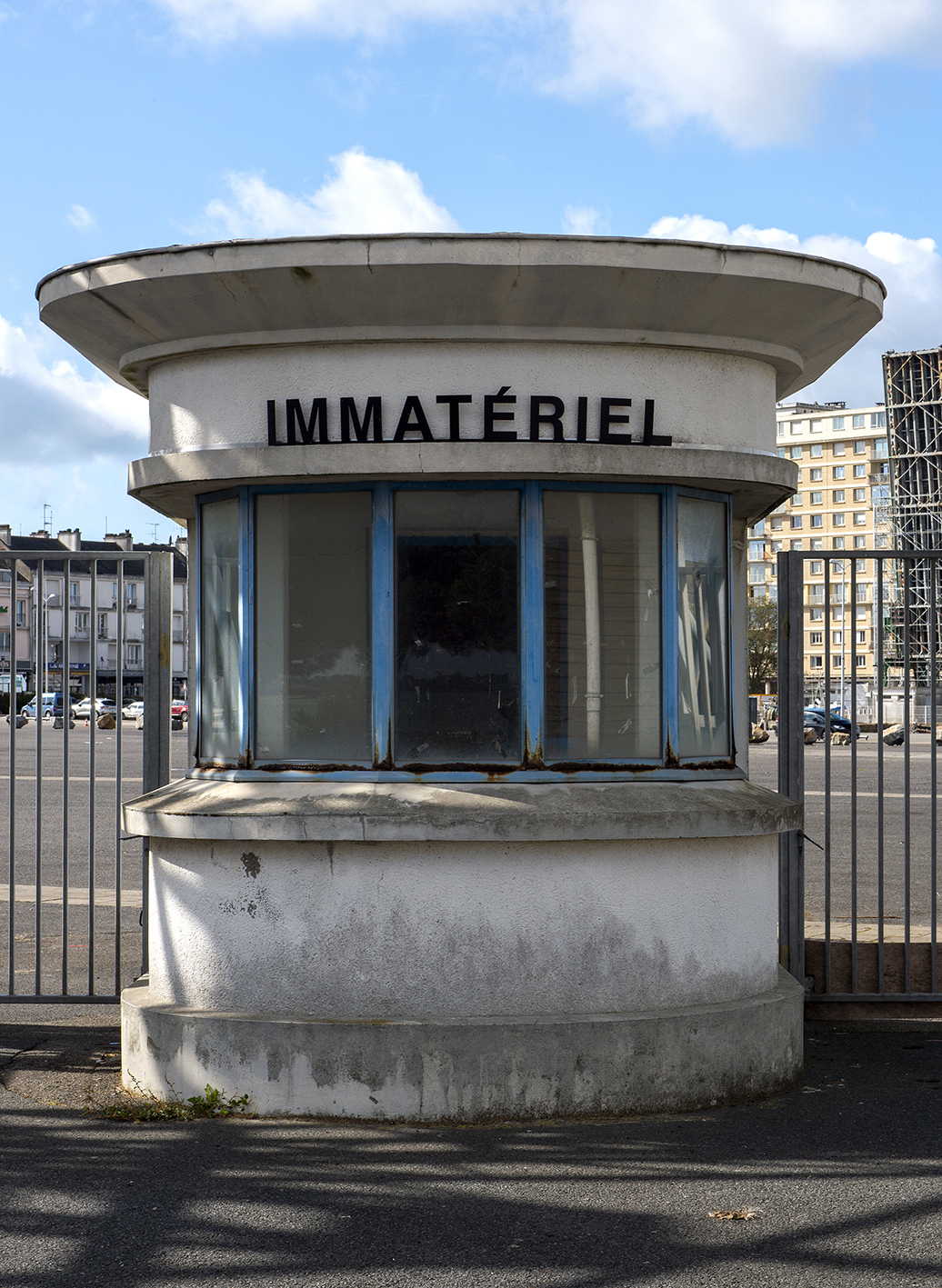 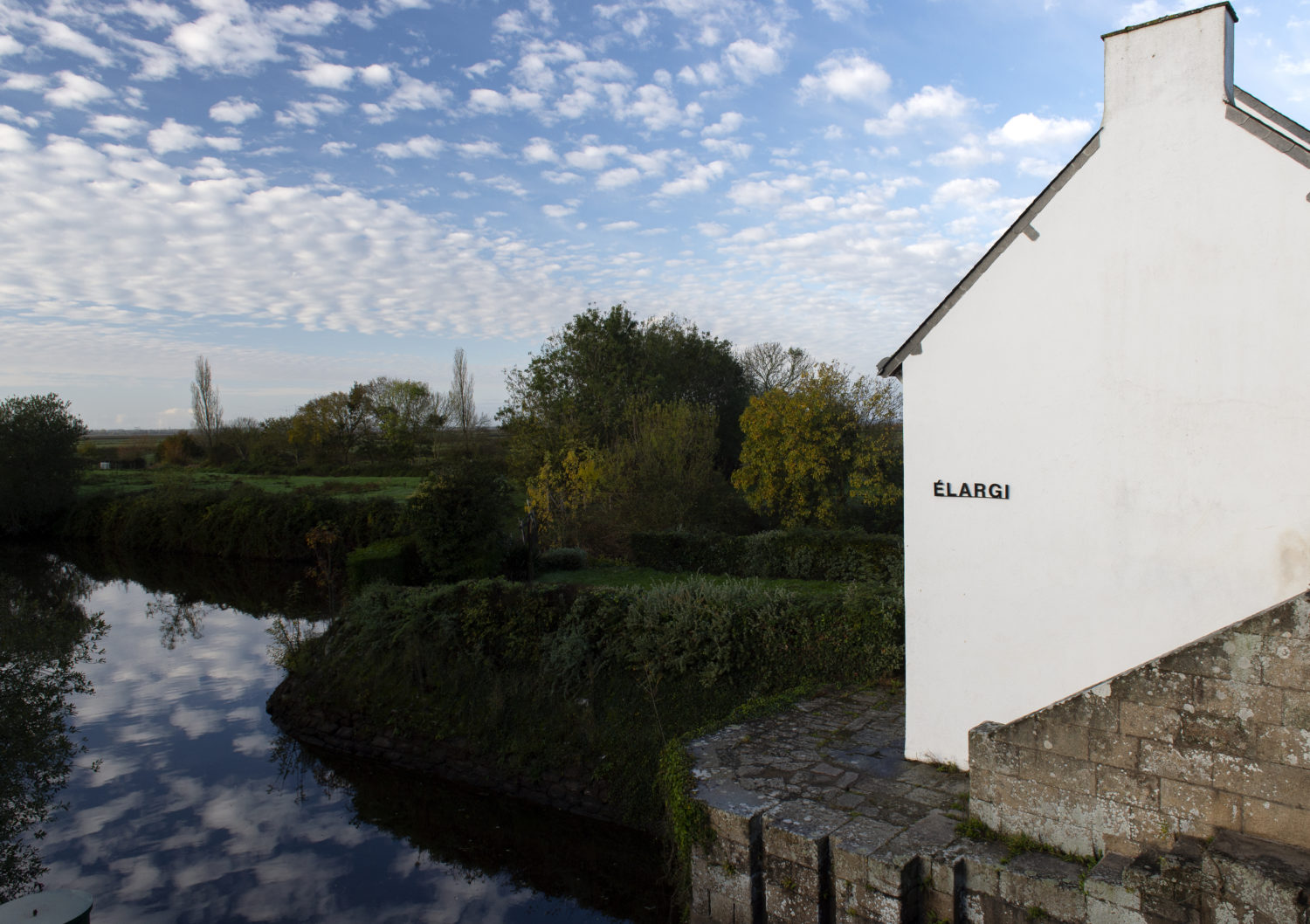 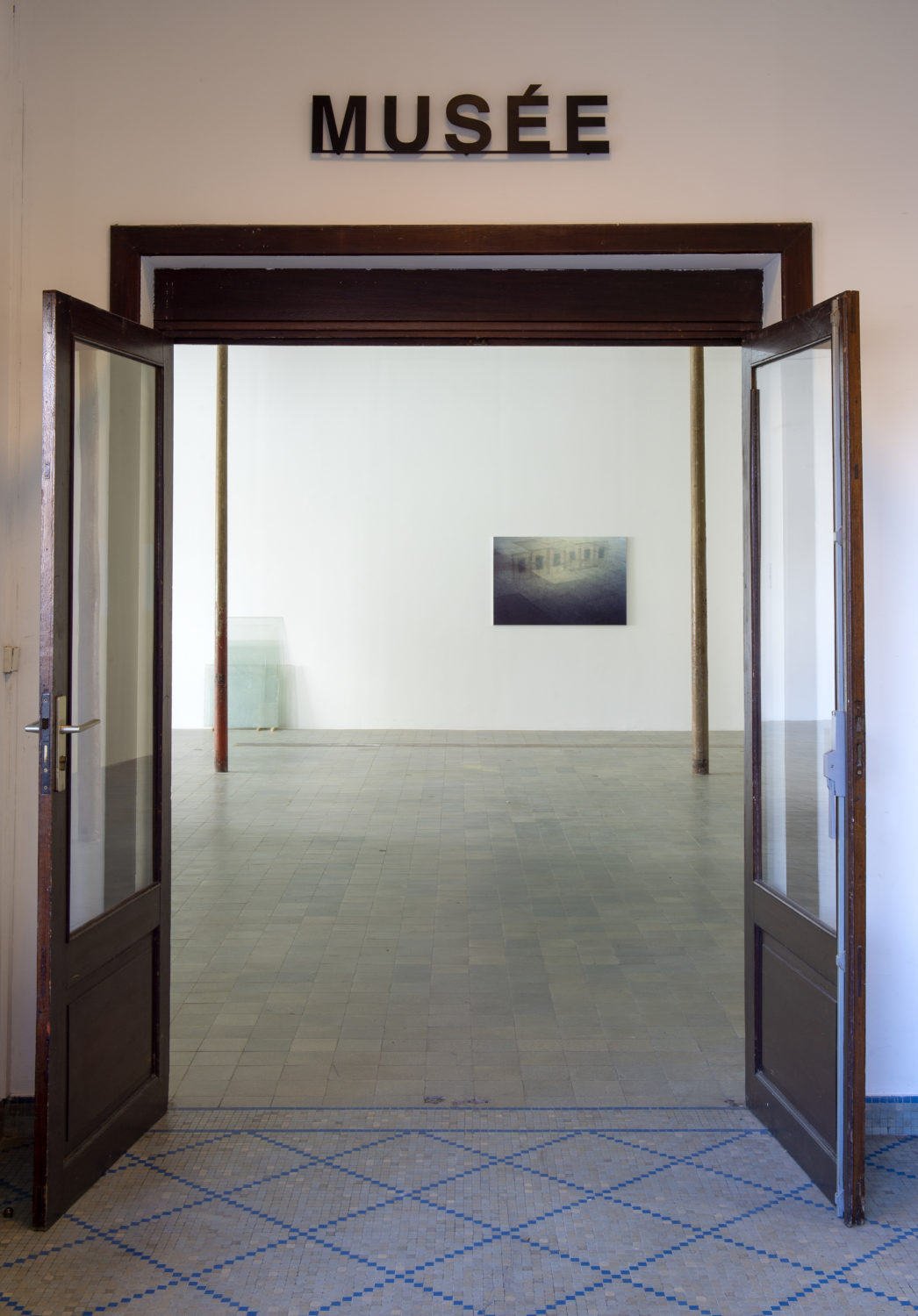 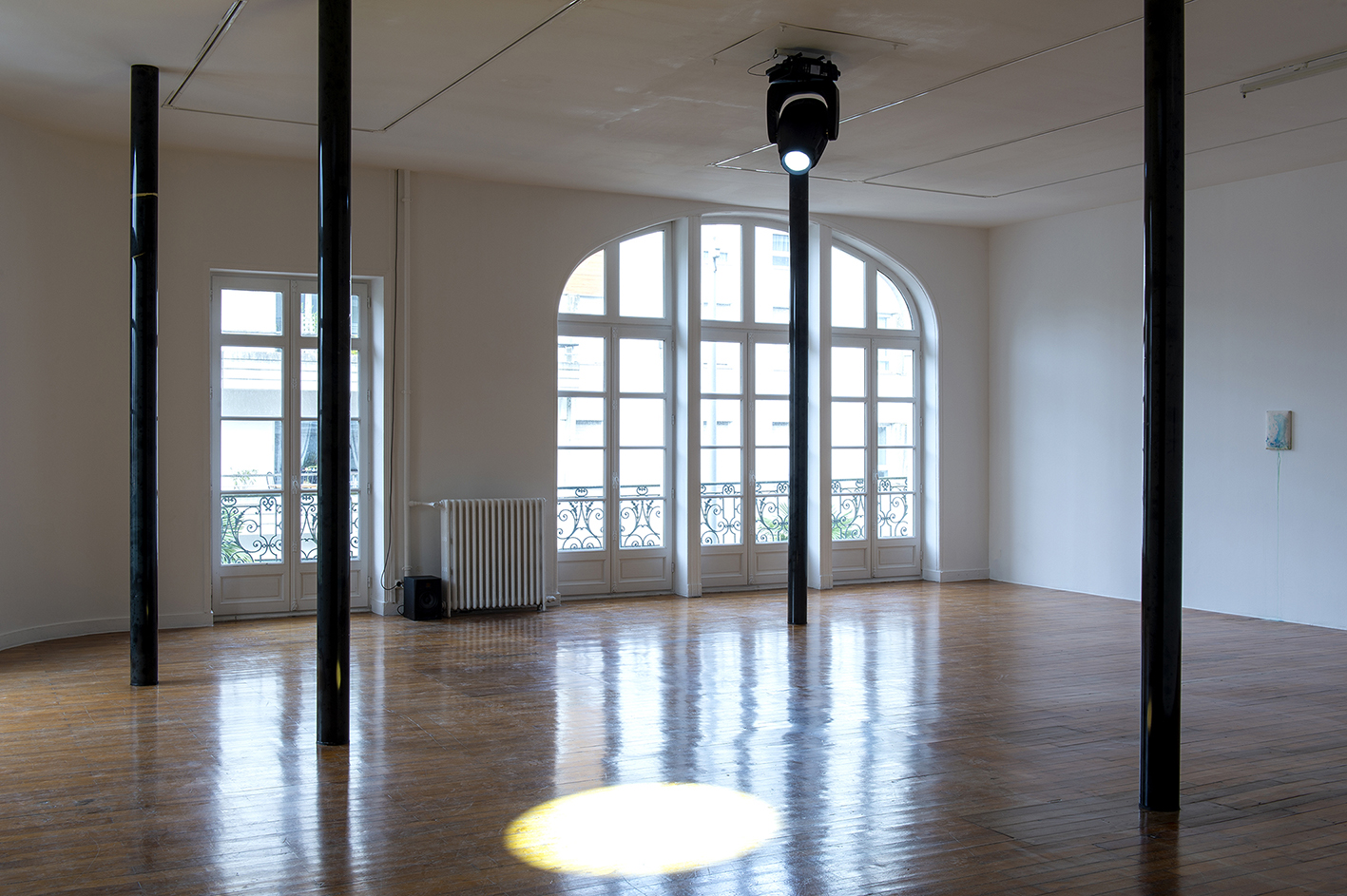 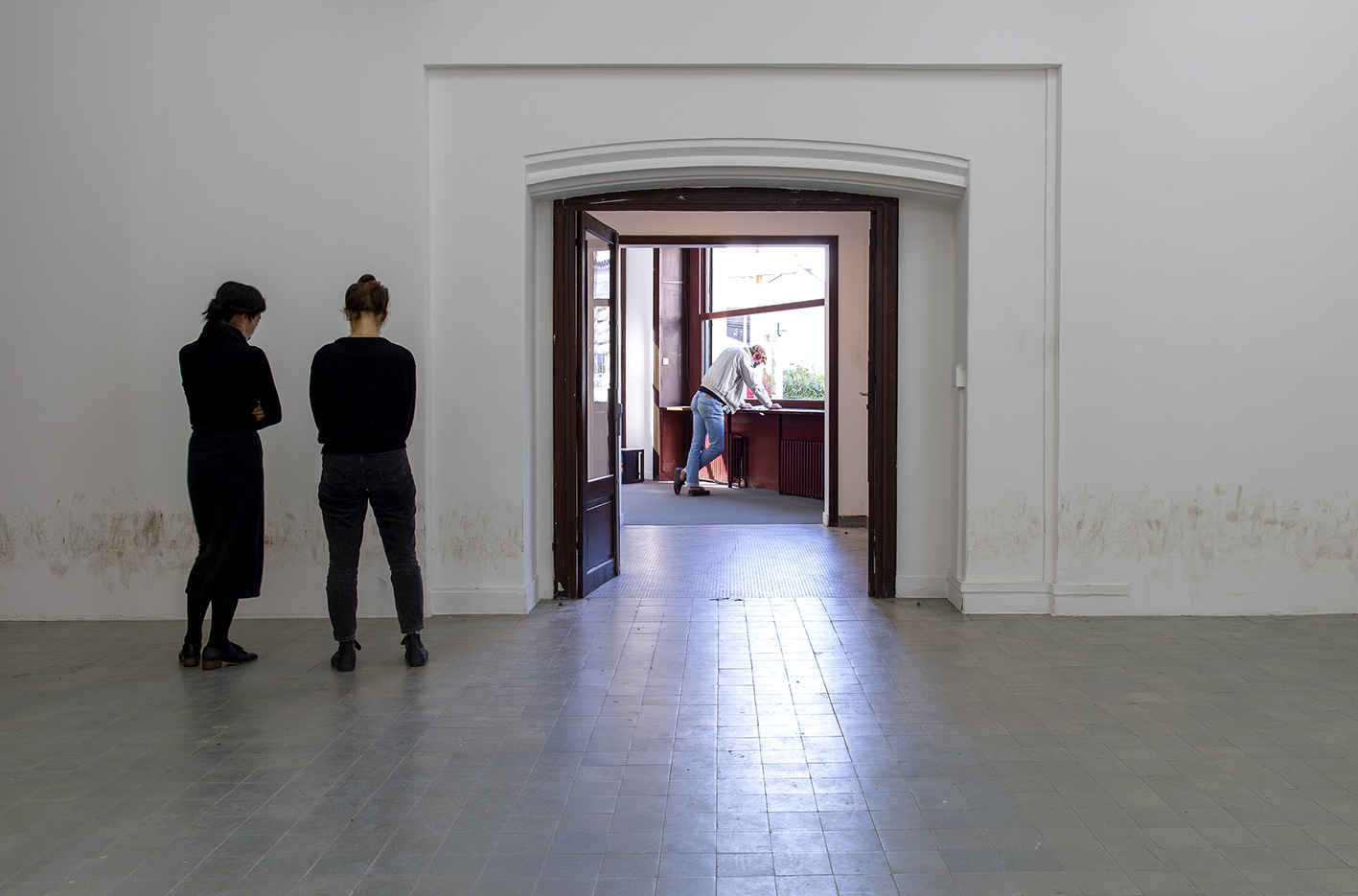 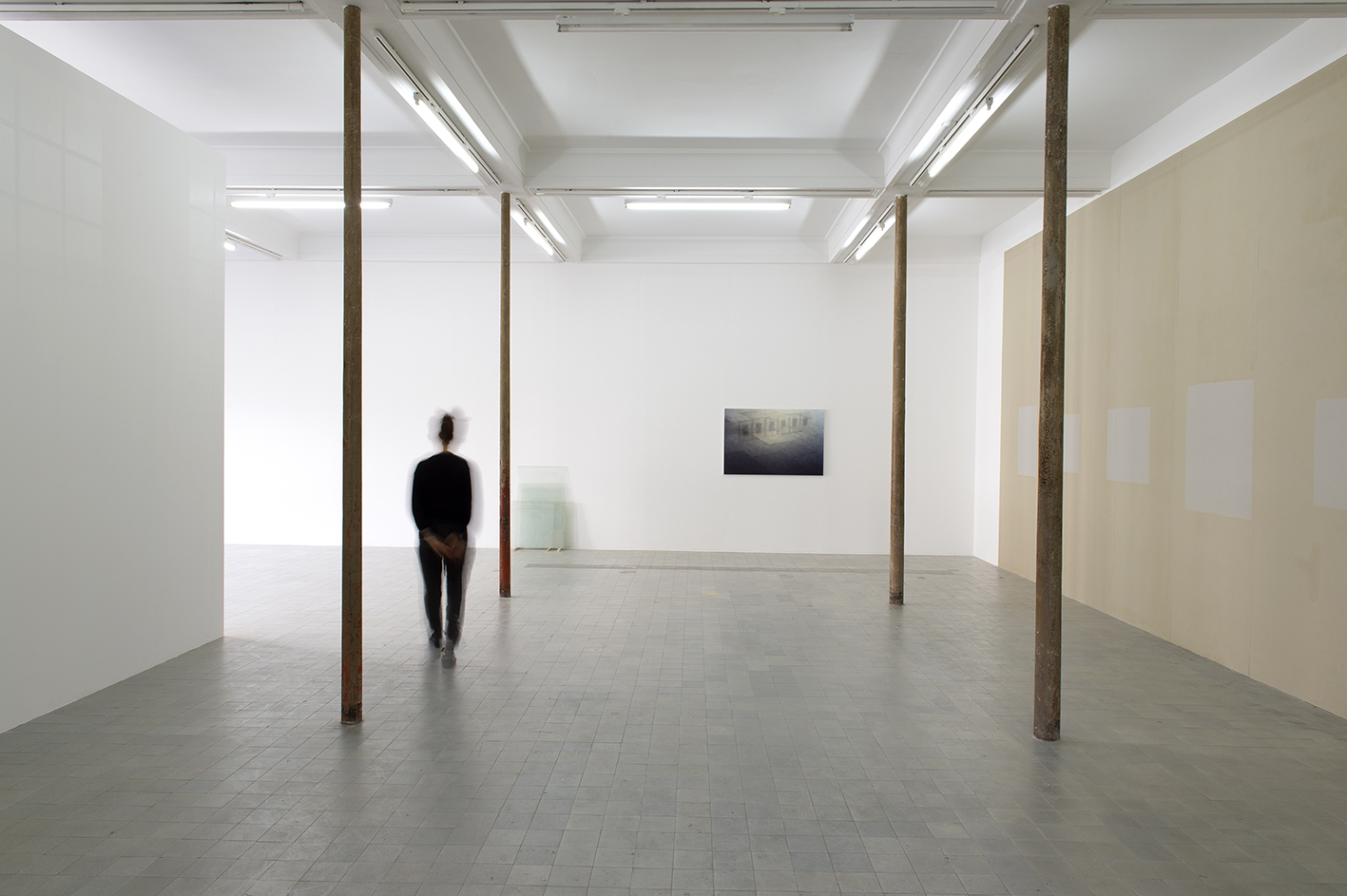 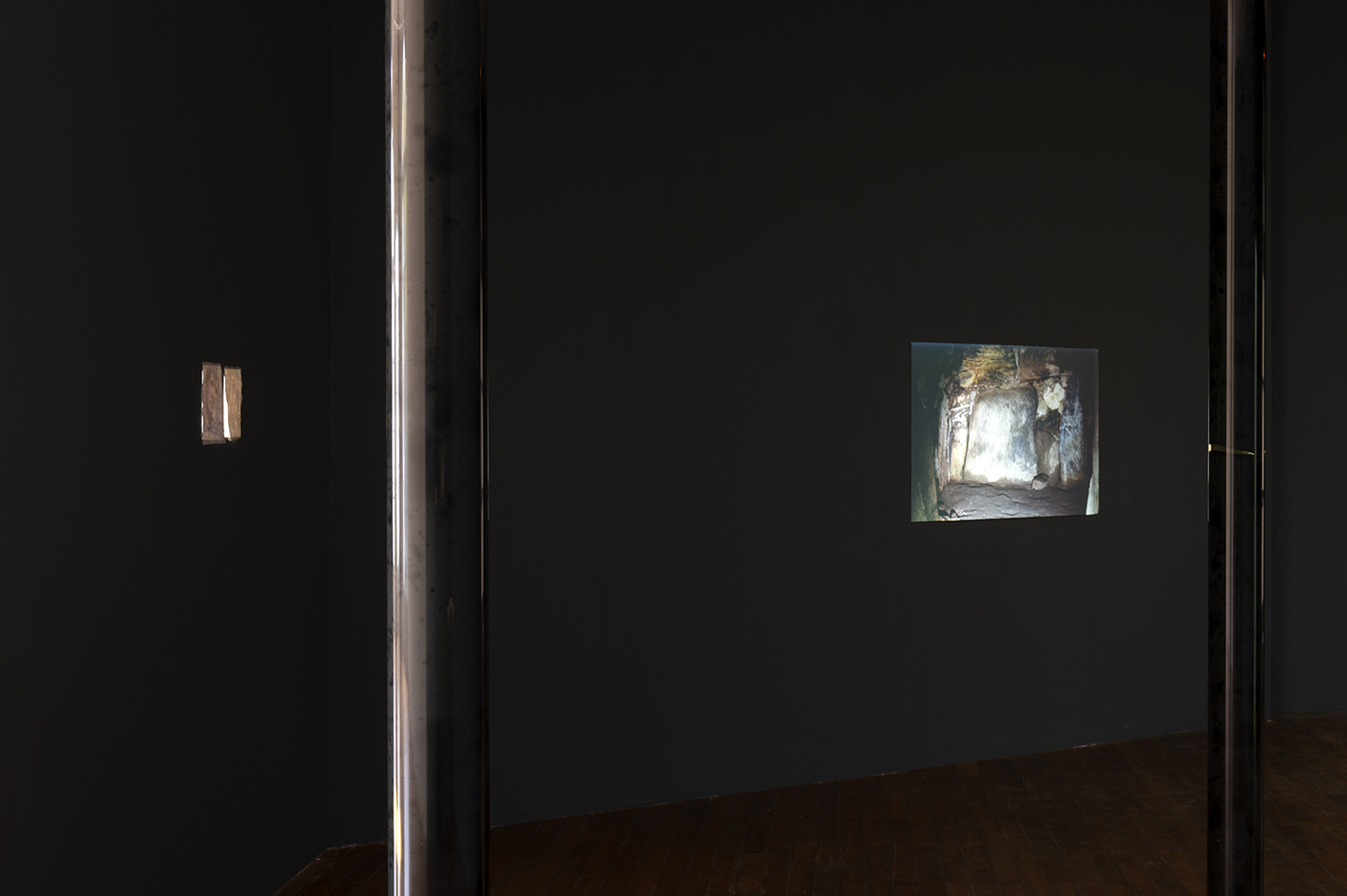 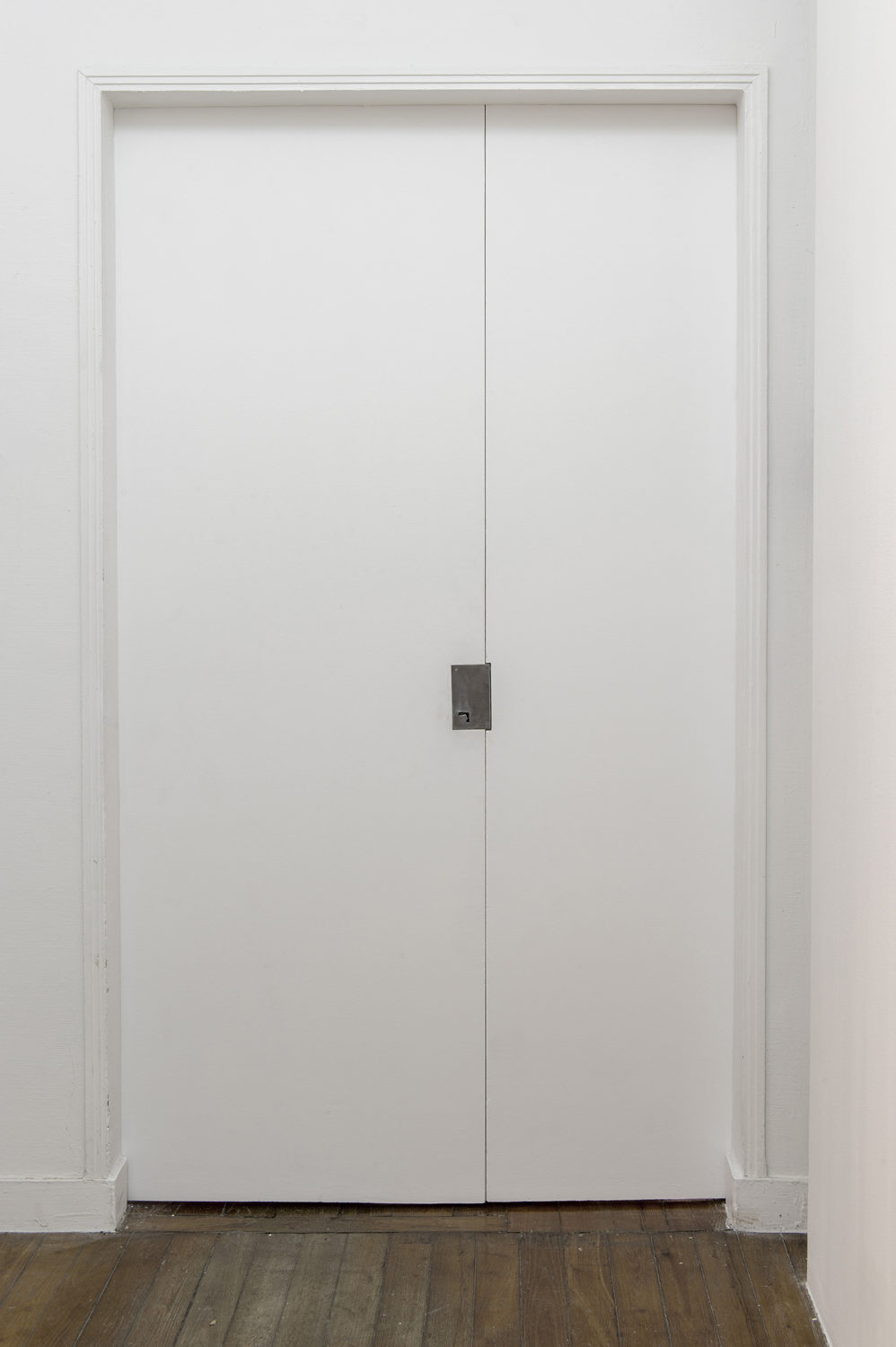 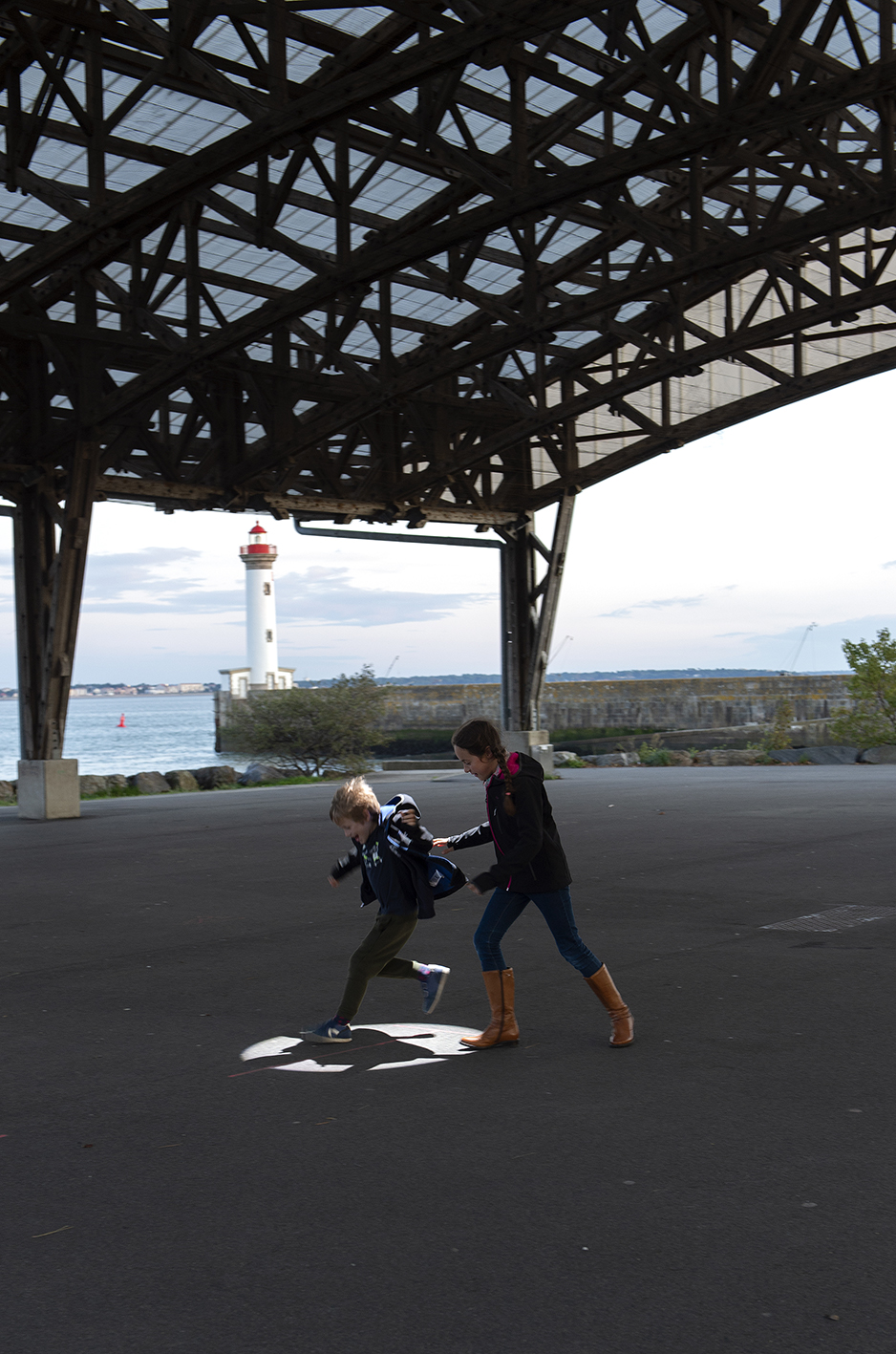 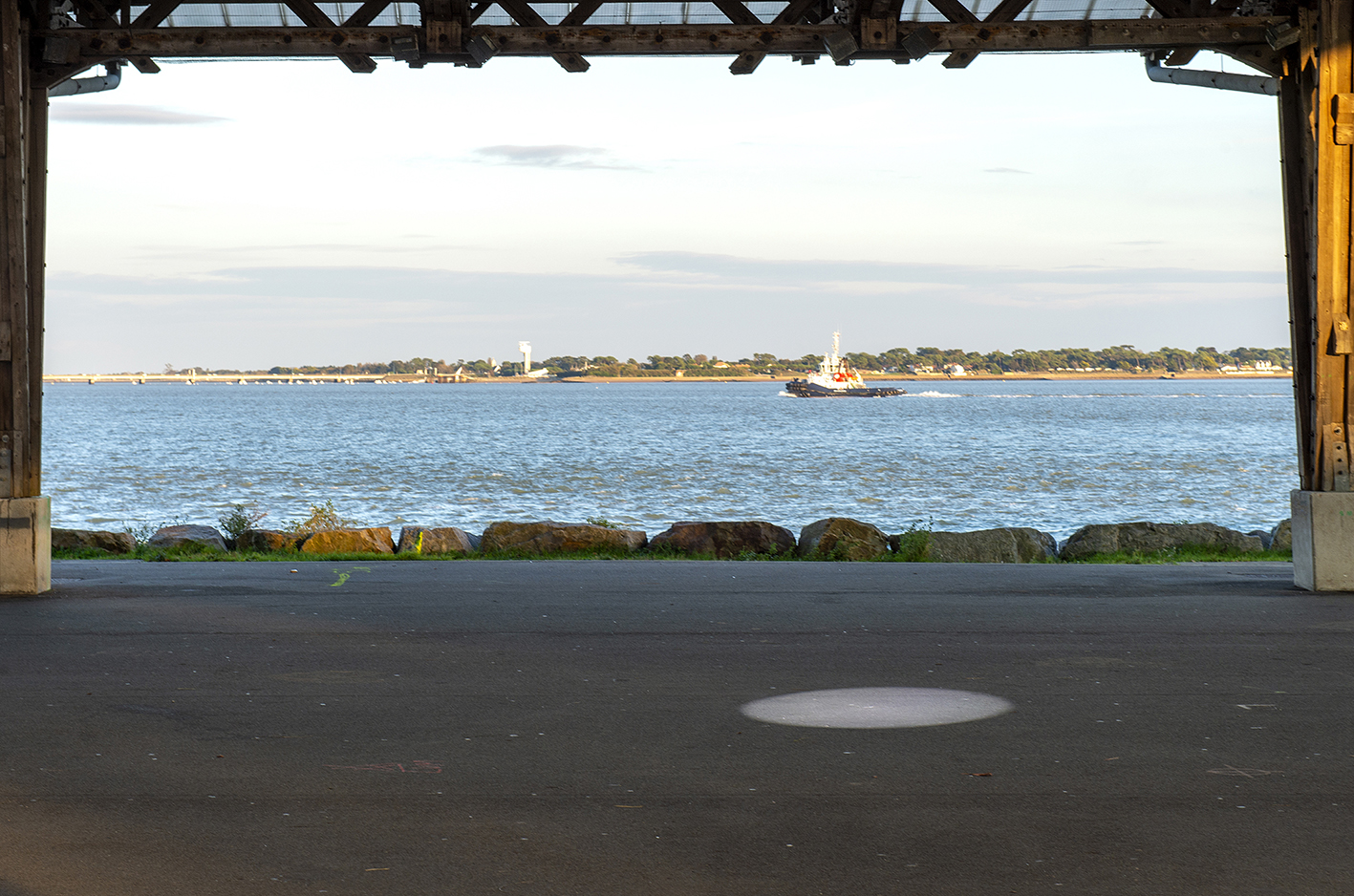 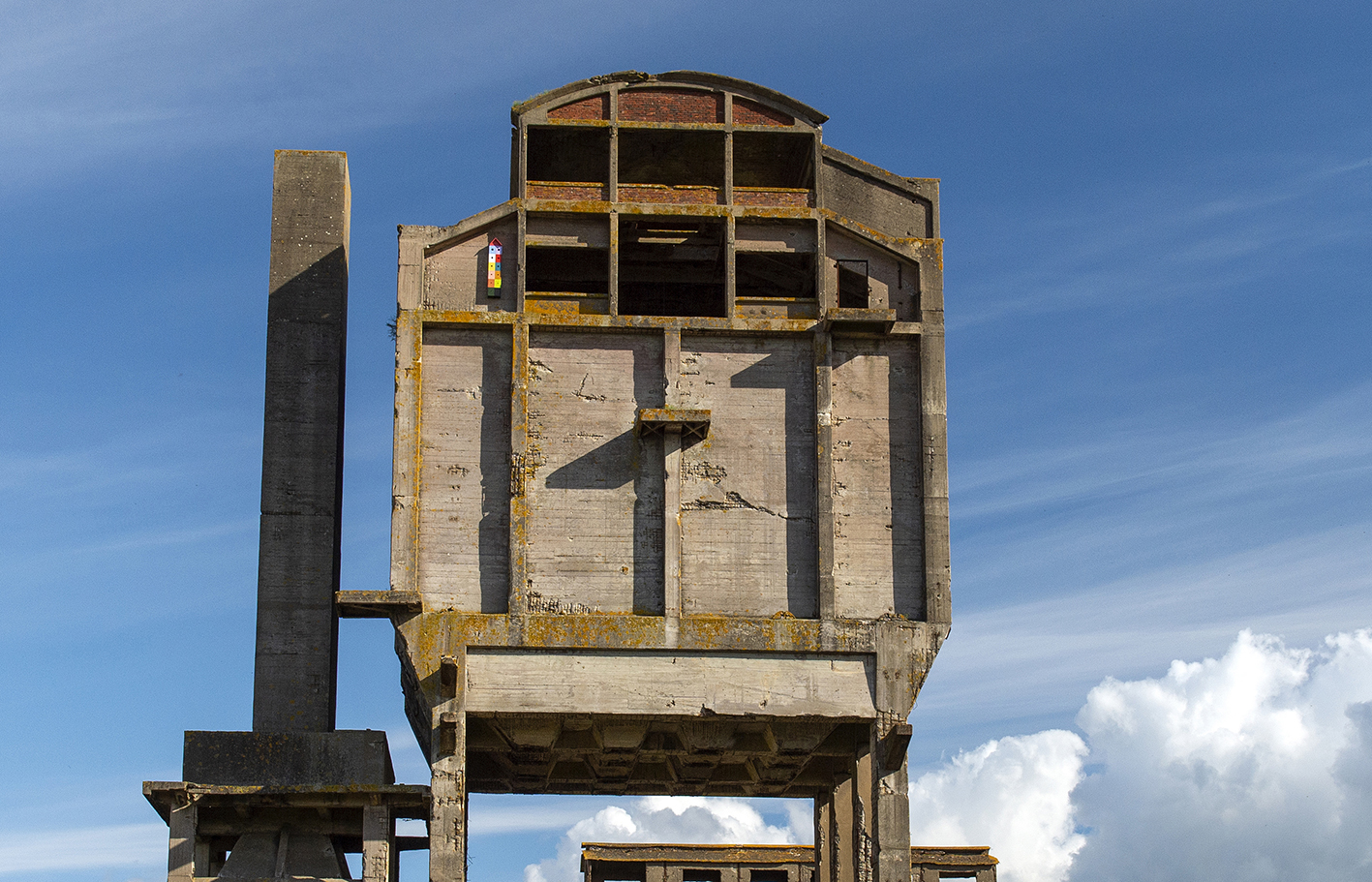 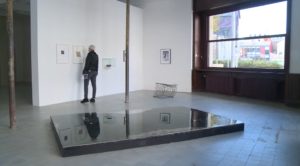 The final part of the ‘Généalogies fictives [Fictional Genealogies]’ cycle, Record of the Invisible / Chroniques de l’invisible, is an exhibition playing upon the relationships between visibility and invisibility, proximity and distance, ‘here’ and ‘elsewhere’. The project began with a proposal to five artists to imagine artistic interventions for public or private spaces in and around Saint-Nazaire, outside of Le Grand Café. These deliberately unpublicised gestures were left ‘outside’ and the exhibition at Le Grand Café retains just their traces or their deformed echoes. Together they make up an autonomous exhibition that is formally and sensually independent from the original protocol. The project works with the town’s history and geography, like the two precedent stages in the cycle, but this time in a ghostly register of rumour, the clandestine and the figuration of an elsewhere. At the heart of this project is the poetic or symbolic translation of an absence, allowing the visitor’s sensibility, imagination and beliefs to take over in understanding the message or apprehending the artwork that they are presented with.

This experiment is drawing upon several sources. The first is a critical reflection on art in the public space, which is too often considered as a simple extension of the museum, in other words a space that has to be conquered or annexed when the imposing artwork is triumphantly placed. We, on the other hand, are emphasising the opposite: unassigned, sometimes invisible gestures that don’t always leave a trace and remain minor and non-dominant towards the context in which they appear. Works to be seen at some point but not for sure, to be encountered by chance, works for animals or the elements as much as for conscious or unconscious witnesses. Art for the wind, the sea, the sun or the birds. These necessarily modest interventions now measure art’s capacity to resist and survive, but also to make the world freely poetic without the pressure of a determined and determining spectator. It’s a little lesson in humility for objects: clandestine works, abandoned and exiled in the real, are obliged to come to terms with their ecosystem. The second source at the origin of the project is an exhibition called Nul si découvert / Void if removed that I organised in 2011[1], based on the idea of impossible experience through a selection of works that come apart at the very moment they are being observed. The inspiration was the thinking of Susan Sontag, for whom the ultimate, most ambitious and most edifying art is a private art of erasure and retreat: an art of rumour where ‘”unheard” melodies endure, whereas those that pipe to “the sensual ear” decay’[2]. Inaccessibility is, then, an emotional and cognitive drive. The third and final source is an exhibition organised by the Japanese collective Chim Pom in 2015, that asked artists to intervene in the exclusion zone resulting from the nuclear catastrophe that scarred the town of Fukushima. It was a matter of urgently installing works in an irradiated zone, therefore inaccessible to the public, and presenting just their traces or documentation in a touring exhibition. For me, this project represented a passionately exciting response, both poetic and political, to the incredible and potentially paralysing nature of a danger that was, precisely, invisible. Don’t follow the wind, the very lovely title of the exhibition, was in itself both a warning and an invitation, a melancholic injunction to allow an elsewhere to exist without direct experience.

The strategy behind the exhibition Record of the Invisible / Chroniques de l’invisible certainly brings about a particular experience for the public, but also for the artists and the curator. It is an exhibition that considers the works of art as witnesses to an absence of which the trace, mediating and interceding, finally turns out to be more important than the original object. That is everything that this two-pronged curatorial experiment is about: how to materialise a series of faraway gestures in an artistic way, that’s to say through form rather than story. From the beginning of this project, it hasn’t been about documenting but about ‘making an exhibition’. To achieve this, the artists have created forms especially or brought in recomposed existing works as a kind of rebus. In every case, these uncertain, symbolic, poetic or metaphorical translations are expected to stand alone and escape from their substitute status to create a new form.

Following on from the precedent exhibition in the cycle[3] where the proposal was to ’short circuit’ the curation, that is to say by presenting works and documents from local history, the basis of working on this exhibition is the town of Saint-Nazaire and its immediate surroundings. Indeed, the first part of the process involved asking the artists to choose locations for interventions by criss-crossing the town and its surroundings and being wide open to possible topographies: public or private space, in town, in the countryside, on the coast, in the sea, accessible or not. The method, in which the artists have actively participated, has therefore been that of a field study drawing on storytelling and local research. As the title of the exhibition suggests, it is a matter of primarily concentrating on the blind spots, the hidden corners, of local history and geography.

Each artist has been able to take these bases and freely interpret the invitation to place some gesture beyond these walls, which could have been an object, an action, a removal or an observation. In fact, the artists responded in a very diverse way to a very open proposition, with each of them taking on a piece of the history or the geography of the town. Ignasi Aballí chose to focus on the history of the Saint-Nazaire Fine Art Museum, lost during the war, by replacing signs for it in the town as a phantom presence. Edith Dekyndt, for her part, looked into the history of Le Grand Café, at the point of its early 20th century romantic splendour: under the halls outside, facing the sea, a light follows the circumvolutions of an invisible couple dancing a waltz. Eva Barto considers the economic and industrial history of the town, and in particular the circulation of materials between naval industry, metallurgy and local artisans, by removing, sometimes by stealing, specific controlled and restricted materials. Lois Weinberger chose to speak directly to the birds that soar over the Trignac forges, building a shelter for them that gives a social life back to the abandoned industrial site, in a way that’s both real and symbolic. Ismaïl Bahri proposed observing the region’s exterior elements multiple times, and he provides samples of them in the exhibition space. All of these specific actions are enriched in the spaces of Le Grand Café by works that resonate with the questions that the exhibition poses.

In keeping with the spirit of the cycle, the genealogy first revealed by this project is therefore that of a territory. A site is always a complex geopolitical entity, impregnated and haunted by layers of interlocking realities, its apparently stable surface masking seething underground stories: natural and cultural, human and non-human, individual and collective. From an oak forest trapped in peat for 5000 years to the mysterious formation of a mangrove in the remains of a worldly metallurgy factory. From the philanthropic theories of 19th century factory owners to the global future of the Atlantic shipyards. From megalithic tombs built 6000 years ago to the estuary’s last inhabited lighthouses. All we have of these facts, interlinked in the topography of the sites as well as in their spirit, are their echoes, the sparse snippets that have served as material for the artists. The subsequent genealogy also brought to light here is of a blurred line between the real and fiction, between history and art, between the work outside and its story within. Incomplete genealogies, uncertain, always partially invented or fantasised. This is why the artists were not selected from among researchers or documentalists. They were chosen for their ability to reroute a given situation rather than faithfully report it. It should be clear that here we are choosing abstraction and poetry over information. It is also why all the factual sources in the exhibition have been brought together in no particular order in one room of stories, a kind of narrative antechamber to the exhibition, and deliberately disconnected from the artistic forms. It is a way to create a genealogy from one space to another, from a story to a form, from the oral to the visual, by consciously preserving a distance between the subject and the object of the exhibition, The most important part of this record of the invisible is played out in these spatial and temporal gaps, and it is exactly there that the passionately fictional character of these genealogies is to be found.

Persones
2020
In situ installation, footprints on the wall, variable measurements depending on the installation
Ignasi Aballí

Ignasí Aballí
Born in 1958 in Barcelona, Spain, where he lives and works. He is represented by the galleries Elba Benítez Madrid (Spain), Pedro Oliveira in Porto (Portugal), Thomas Bernard in Paris and Meessen De Clercq in Brussels (Belgium).

Ismaïl Bahri
Born in 1978 in Tunis (Tunisia), lives and works between Paris and Tunis.

Eva Barto
Born 1987 in Nantes, lives and works in Paris.

Lois Weinberger
Austrian artist, 1947-2020
He is represented by the Salle Principale gallery in Paris.

Guillaume Désanges is curator and art critic, he manages Work Method, a Paris based agency for curatorial projects.