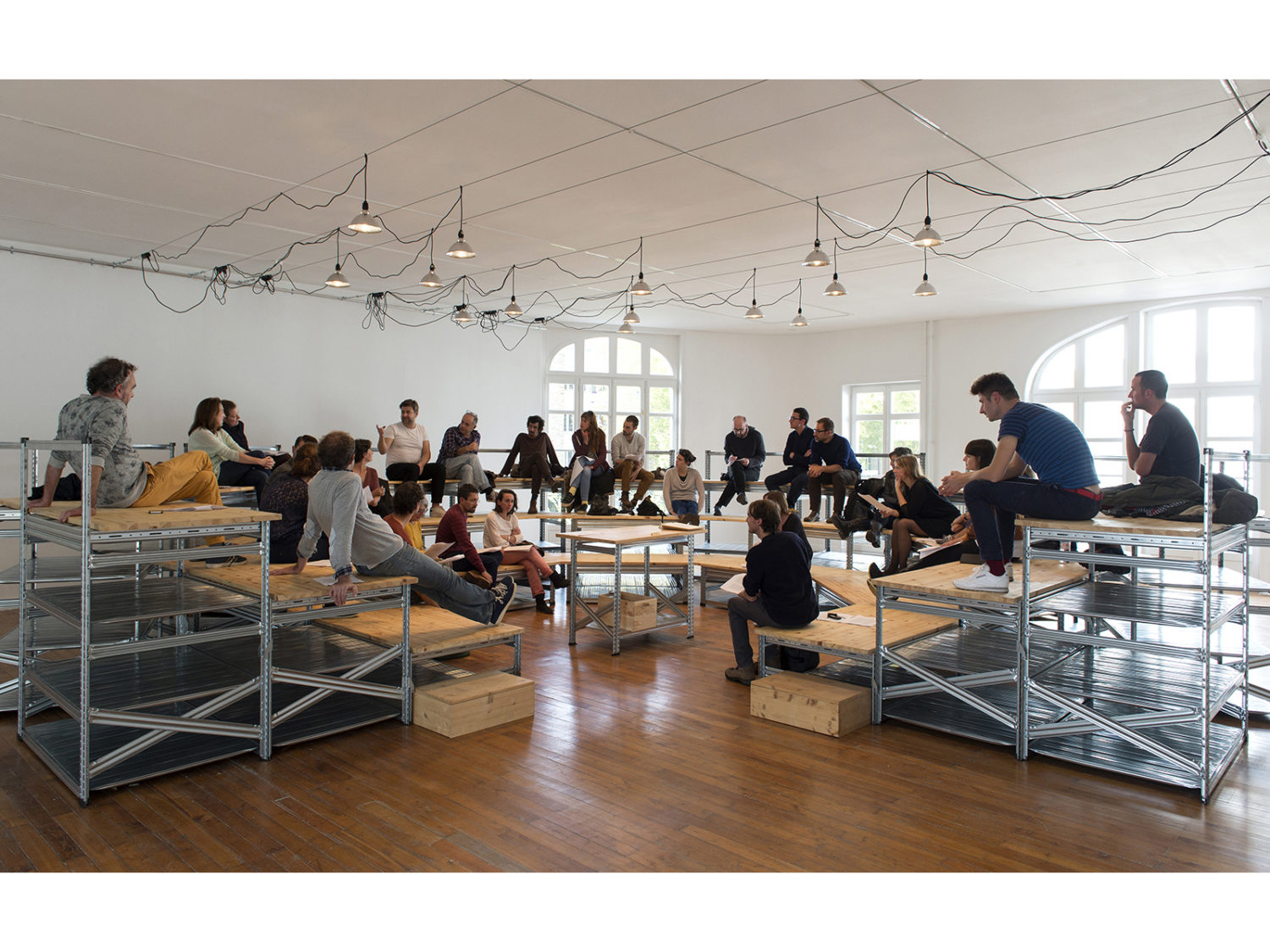 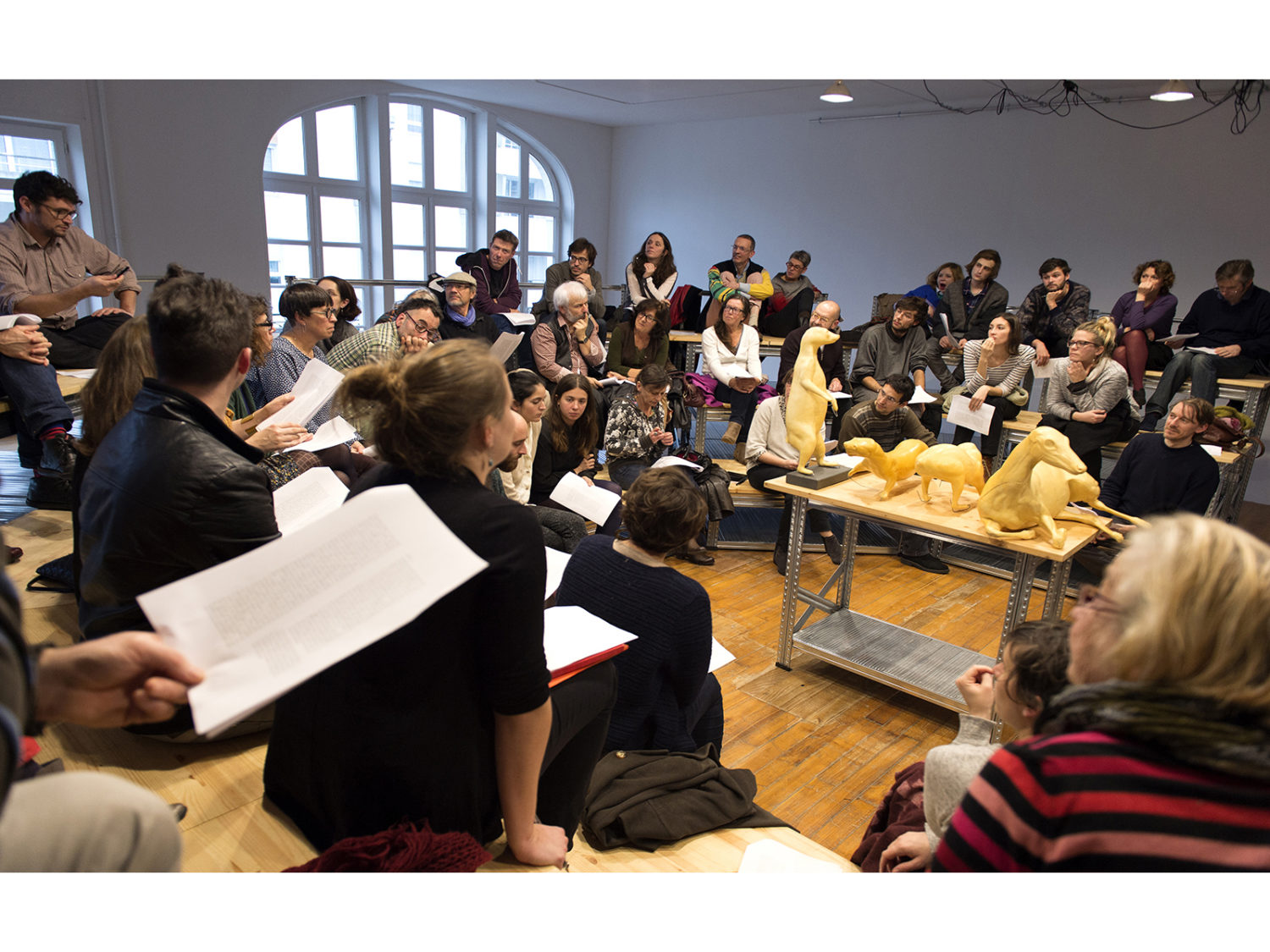 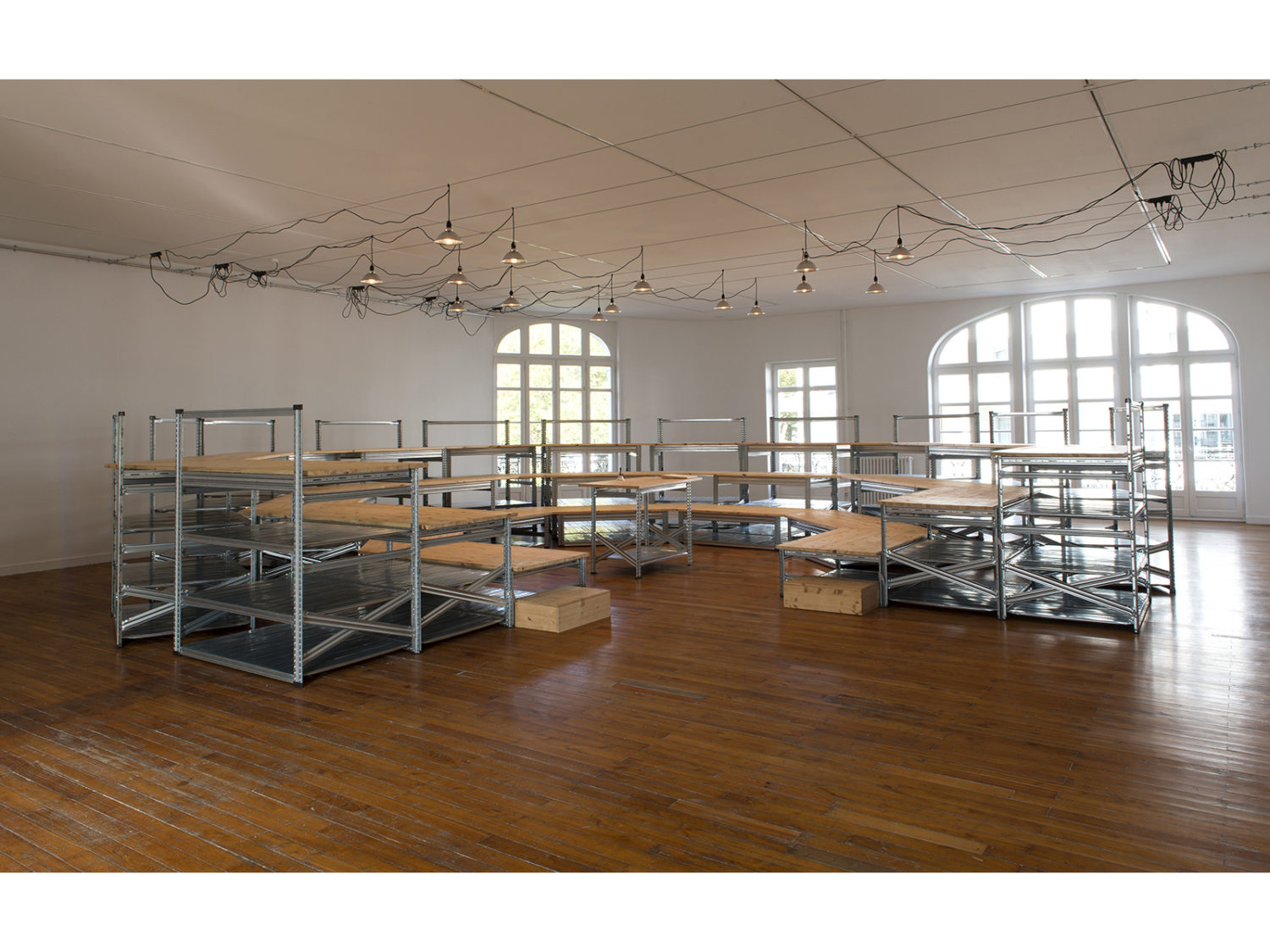 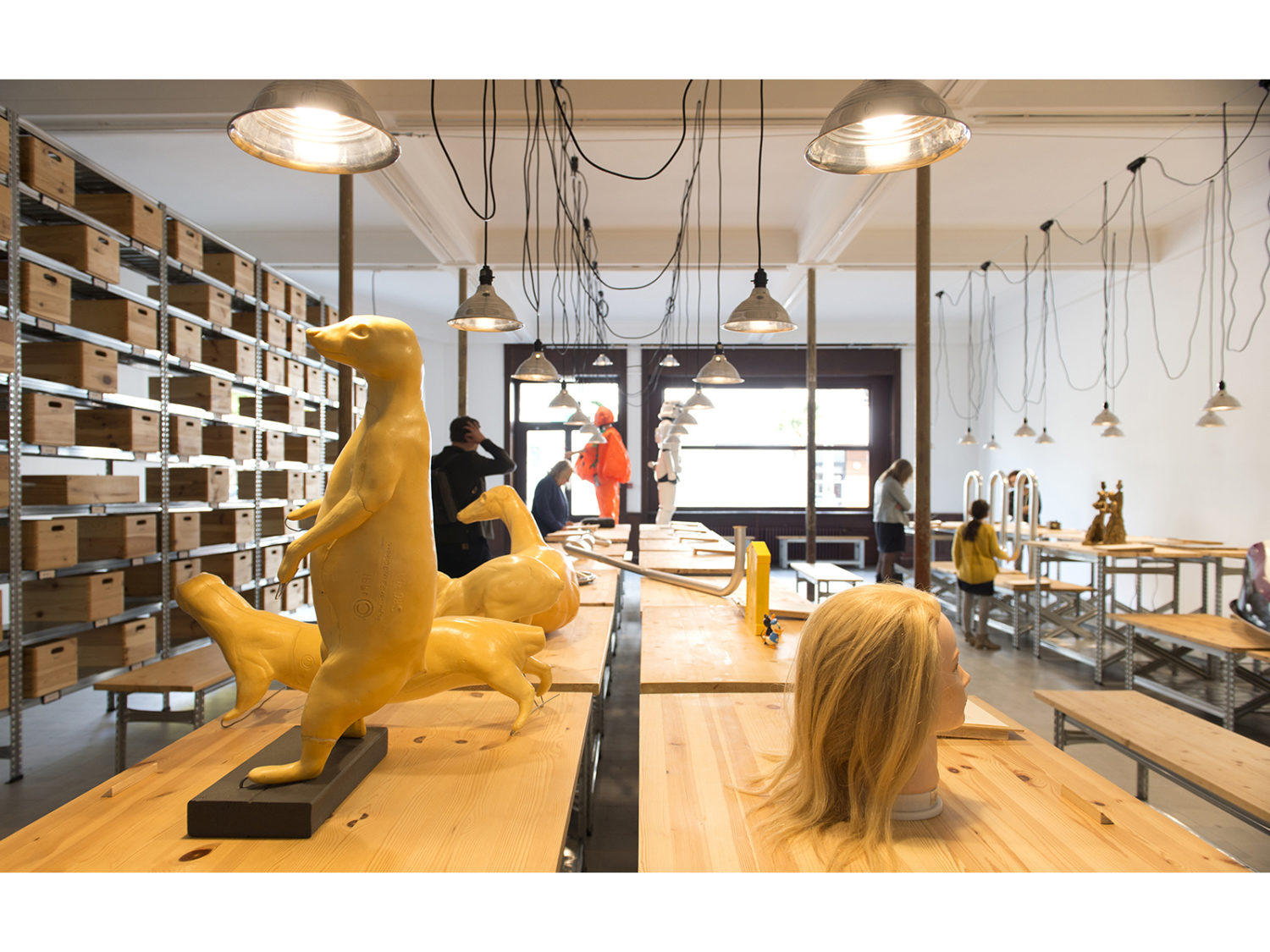 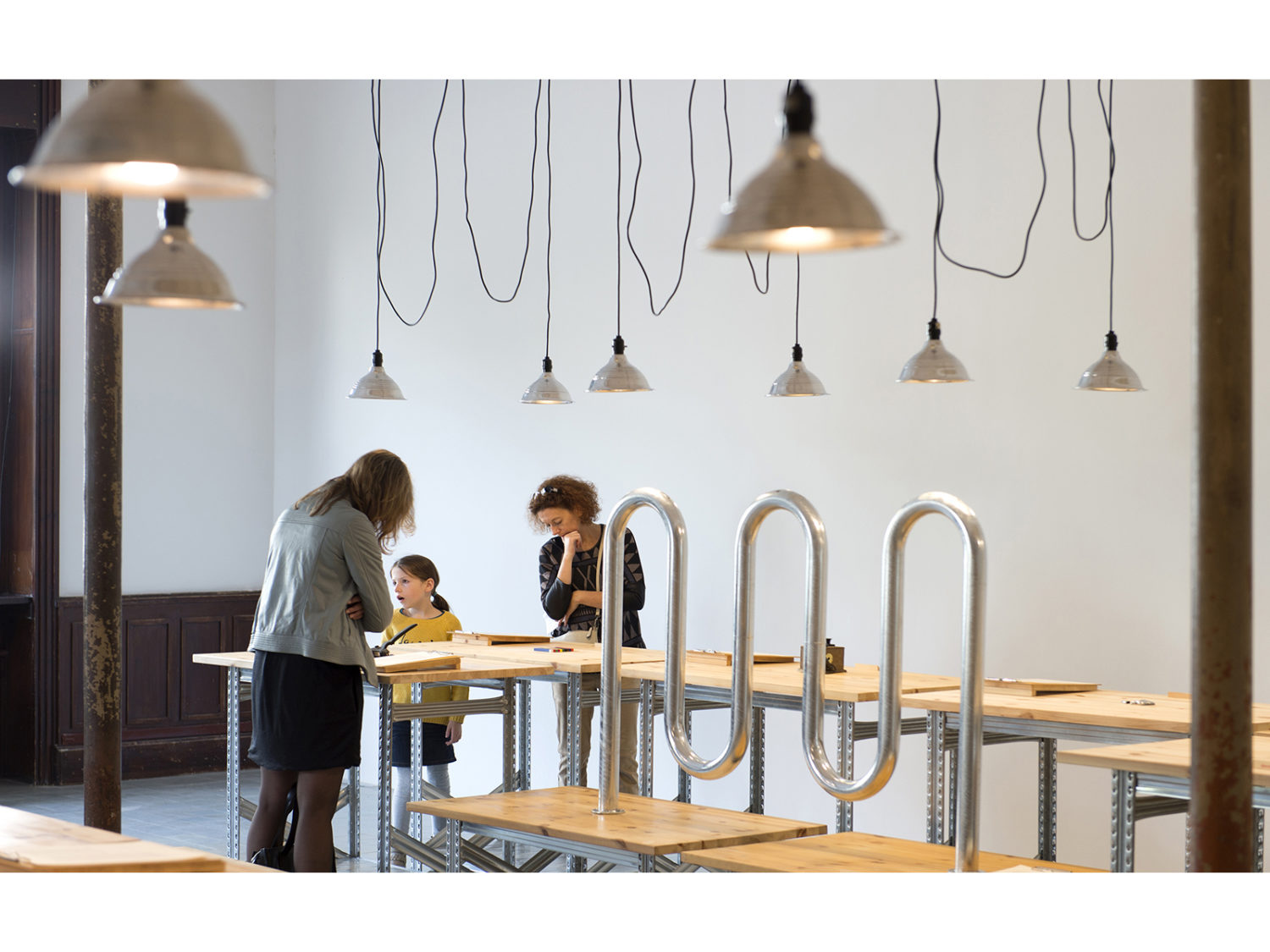 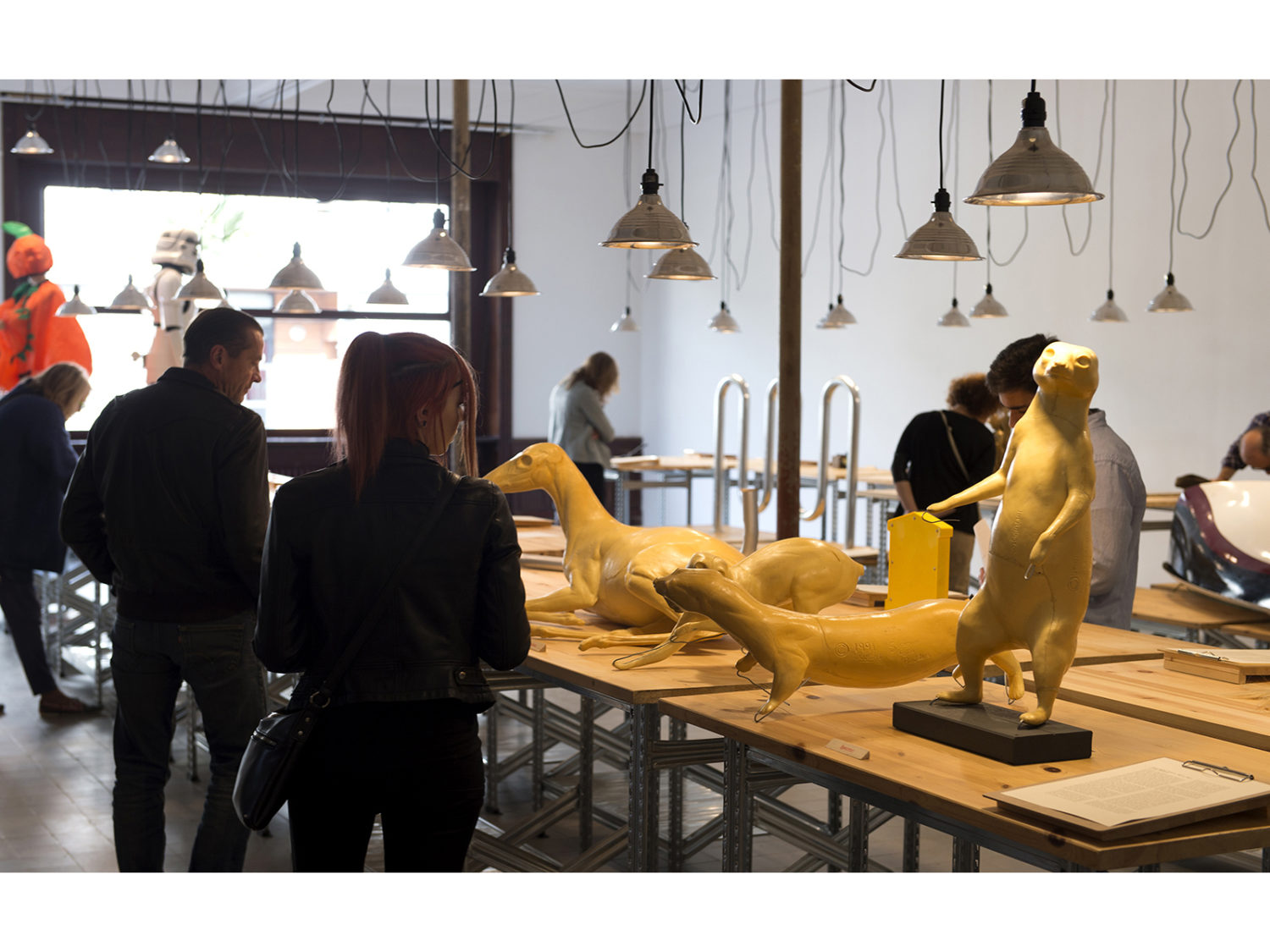 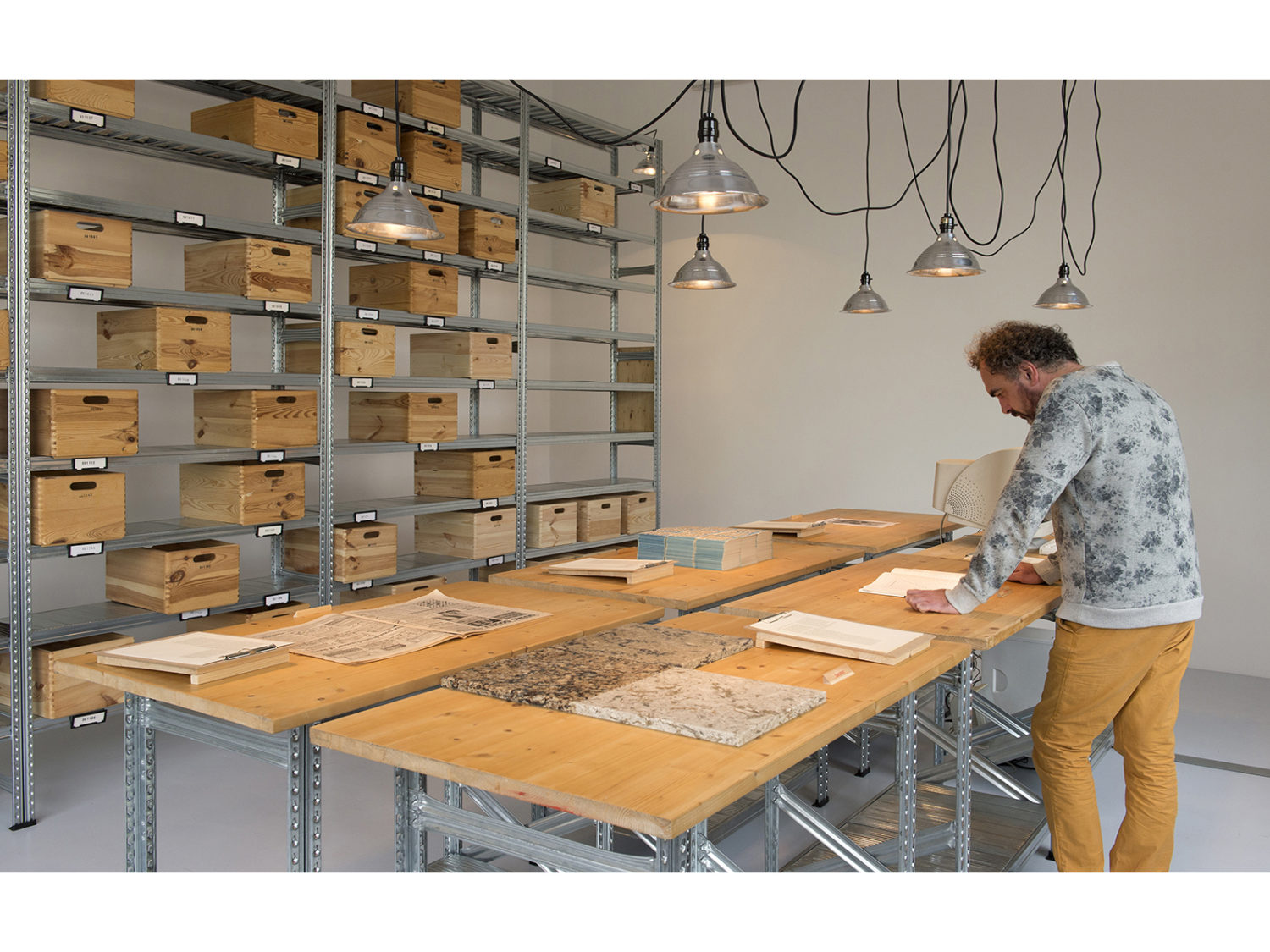 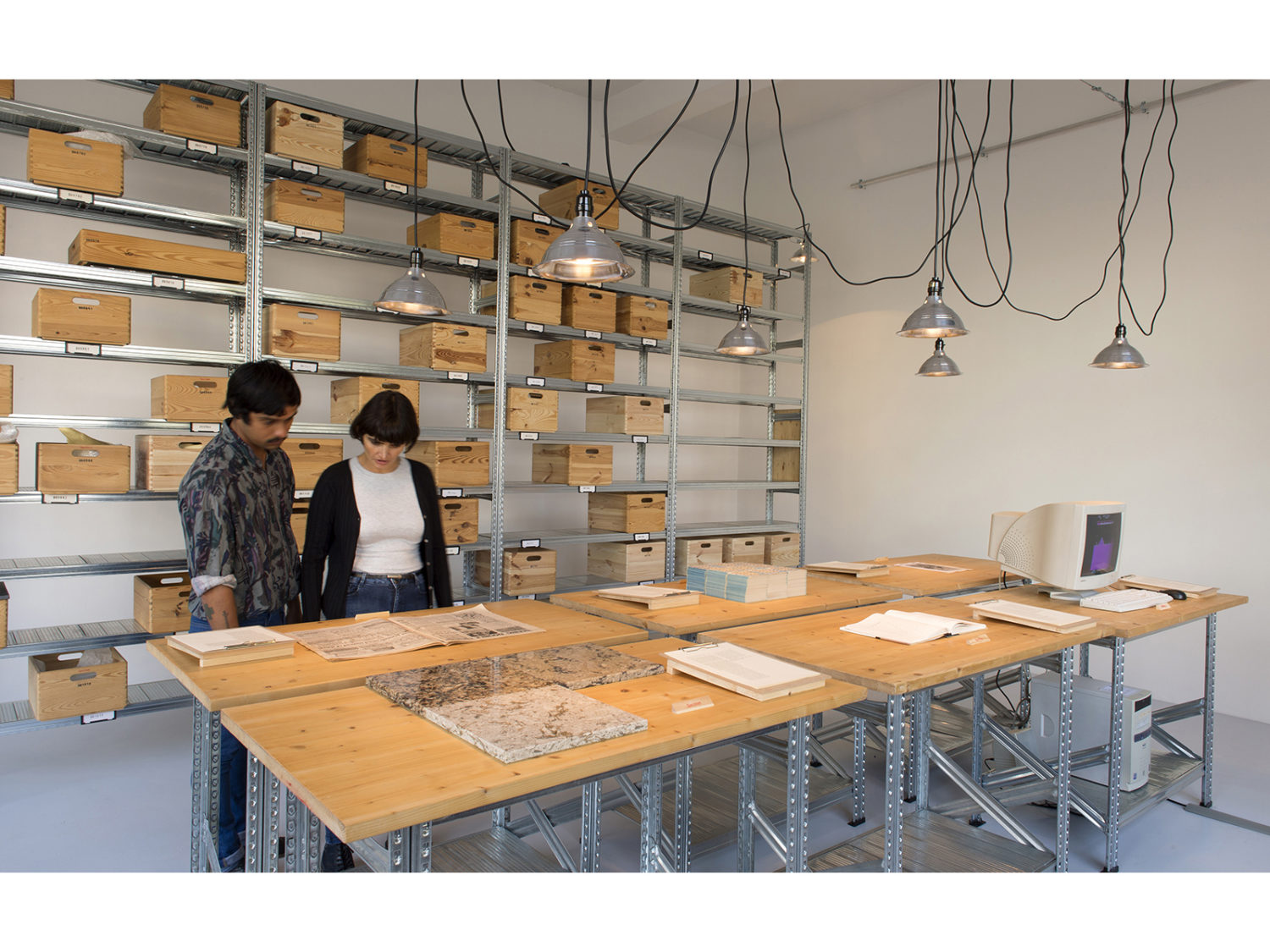 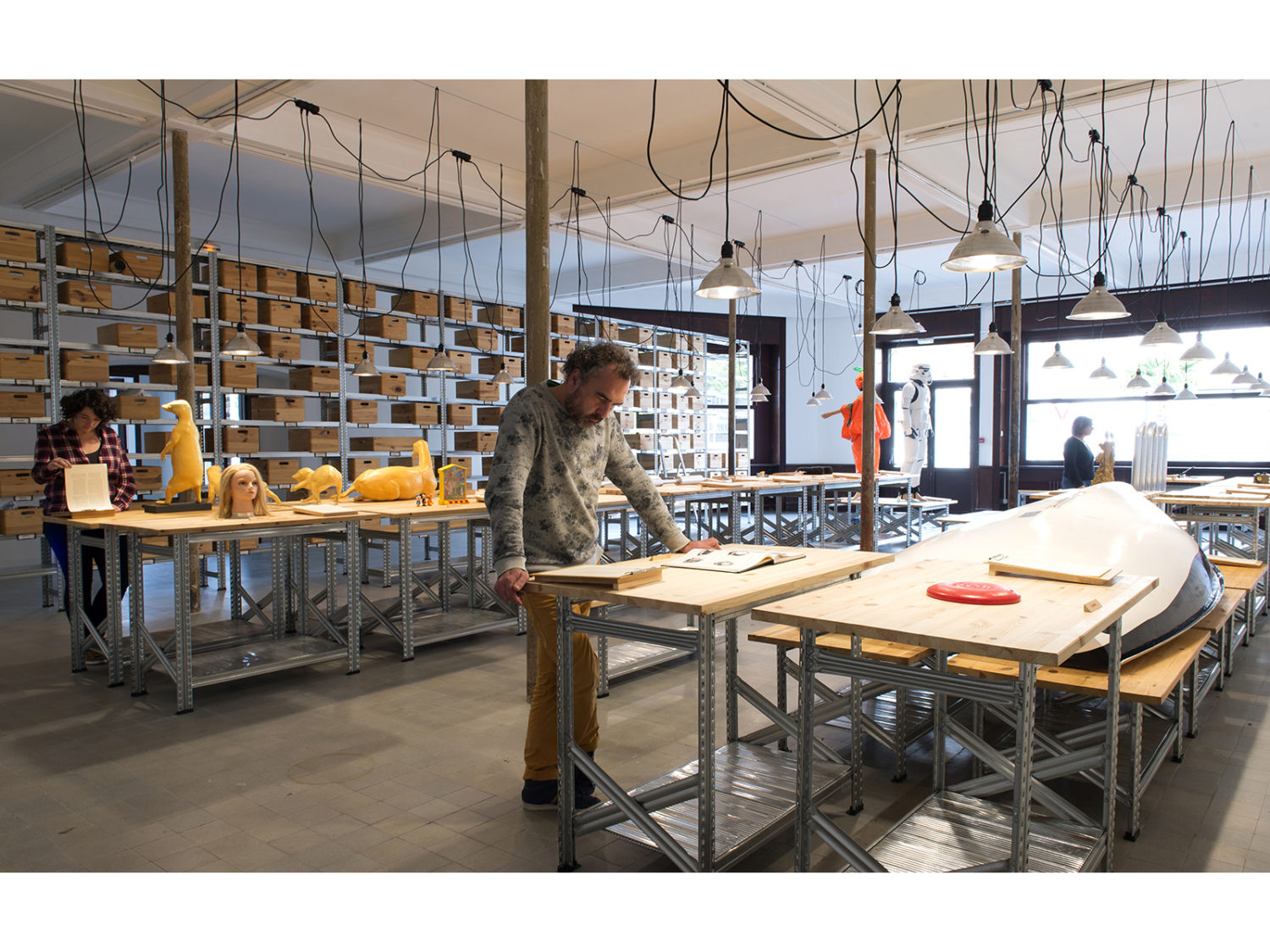 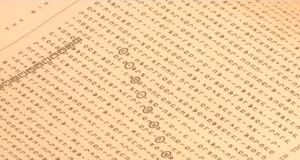 AGENCY: name given to administrative organisations charged with tasks relating to information, to coordination; commercial establishment serving as an intermediary between clientele and professionals; by metonymy, the word also designates the buildings, the offices of an agency. In the etymological essence of the noun, we ultimately discover the principle of action (from the Latin agere) in a broad sense: the agency houses that which acts, operates — the body taking part in the production of particular phenomena.

When Kobe Matthys began his “list of things” activity in 1992, he embraced the term Agency in all its acceptations: to inform, to coordinate, to link notions originating in external professional, social and cultural fields, and to consider the space that contains the content. By choosing this word rather than his own name, he was already calling into question the nature of his activity and his status as an artist.

But what is in this “list of things” that Kobe Matthys has been elaborating for twenty years? It refers to judicial procedures that deal with intellectual property, cases where the author’s action is not obvious, affairs that create jurisprudence and sometimes bring about controversial debates. These are concrete cases, taken directly from life; they call into question trademarks, copyright, patents, they concern objects such as a frisbee, a boat, an exhaust pipe, a corkscrew with rabbit ears, a record sleeve, a performance…

These things frequently express a particular tension, between originality and banality, the individual and the collective, body and mind, nature and culture. Kobe Matthys pays particular attention to objects that do not fit within any clear category, and which sometimes have uncertain links with the art world. Illusions, burlesque spectacles, photographic reproductions, works dictated by the spirit world; forms that are all difficult to define, where the creators are poorly identified, or where the use-value obliterates their artistic dimension. This is precisely the heart of what Agency is aiming at: the exercise of doubt, that Marcel Duchamp used so well, and the attempt/temptation to define art’s limits in the face of objects which go beyond those limits. What is an artistic act? By insistently seeming to ask this question, Kobe Matthys emphasises the subversive aspects of playing with the boundaries of art.

Who is he? An enthusiastic investigator into the protocols of the judicial world, but also an archivist, a collector, a lecturer and a curator… His things are displayed in space according to a very rigid visual system: the installation is made up of metallic shelves, on which are disposed plain wooden boxes filled with documents and items of evidence (printed texts, press cuttings, books, DVDs, etc.), all numbered and available to the public. Specific cases (the object and a summary of legal opinions) are also presented on tables, and the suspended lighting hanging over them creates the atmosphere of an archive. All of these litigious objects are very ordinary, which helps, perhaps, to bring out the irreducible, unsolvable, nature of each case. Classification, here, is accompanied by a kind of perpetual surpassing, where the real can be approached according to new rules and from unexpected angles. It recalls Borges’s Atlas, quoted by Foucault in his work The Order of Things, as a model of a system that «shattered, as you read the passage, all the familiar landmarks of your thought1».

The public needs to participate to activate this flow of information: the reader sorts, chooses and makes her own way, combining the isolated elements at his disposal and putting them together to articulate a coherent assemblage.

For Le Grand Café, Agency is proposing a selection from his list of things. The first family of controversies explores the following problem: how can the commonplace be included in artistic practices? “Many art practices get classified as common, because they are considered utilitarian. The design of useful articles, no matter how satisfying, gets exempted of copyright protection as works of art. Intellectual property law defines useful article as “having an intrinsic utilitarian function that is not merely to portray the appearance of the article or to convey information2 .””
The second series of controversies concerns the question of machines: how can non-humans sometimes be included in artistic practices?
“Certain art practices involve collaborations with non-humans, including machines. At the same time copyright law seems to eliminate non-humans as authors. Intellectual property law describes authors as “the person who effectively is, as near as he can be, the cause of the work which is produced.” Although the definition of “authors” does not explicitly refers to humans, it implies that humans are the intended group. Machine made things, get exempted of copyright protection as works of art. Intellectual property law excludes non-humans as authors3.” These are some research directions that are, incidentally, quite close to the programme of political ecology described by the philosopher Bruno Latour. Noting the impact of scientific discoveries on the organisation of society, Latour expresses the wish that the country’s Constitution take into account not just humans but also “non-humans”. He proposes the creation of a “parliament of things” with this in mind, whereby things would be represented by scientists or persons recognised as competent in a particular field, in the same way as citizens are by traditional elected representatives4.
These two series of controversies will be brought together and given form by Kobe Matthys during meetings that he calls Assemblies. In the company of experts, he presents real cases and opens up a frequently passionate and humorous debate, inviting at the same contributions from the public. An experience of dialogue, argument and controversy prevails: the things, presented in the form of texts, discussions and material objects, are like stories or metaphors raising not just legal issues, but also philosophical and artistic ones. In his way of seeking to explore all the mechanisms of intellectual property, Kobe Matthys sketches out a kind of ecology of artistic practices, a science of relations to the world around us, or as the biologist Ernst Haeckel defines it, ecology as “science as the conditions of existence”.
As a live extension to the exhibition, these three calls to the public will add to Agency’s unending quest – in which Kobe Matthys’s position is not unlike that of Don Quixote, a character about whom Michel Foucault, once again, gave a lovely definition of the poet: “he who, beneath the named, constantly expected differences, rediscovers the buried kinships between things, their scattered resemblances5”.

How can the creations of non-humans be included in artistic practices?
2015

AGENCY is the generic name of a collective based in Brussels and founded in 1992 by the artist Kobe Matthys.
Kobe Matthys was born in Ghent in 1970. He lives and works in Bruxelles.