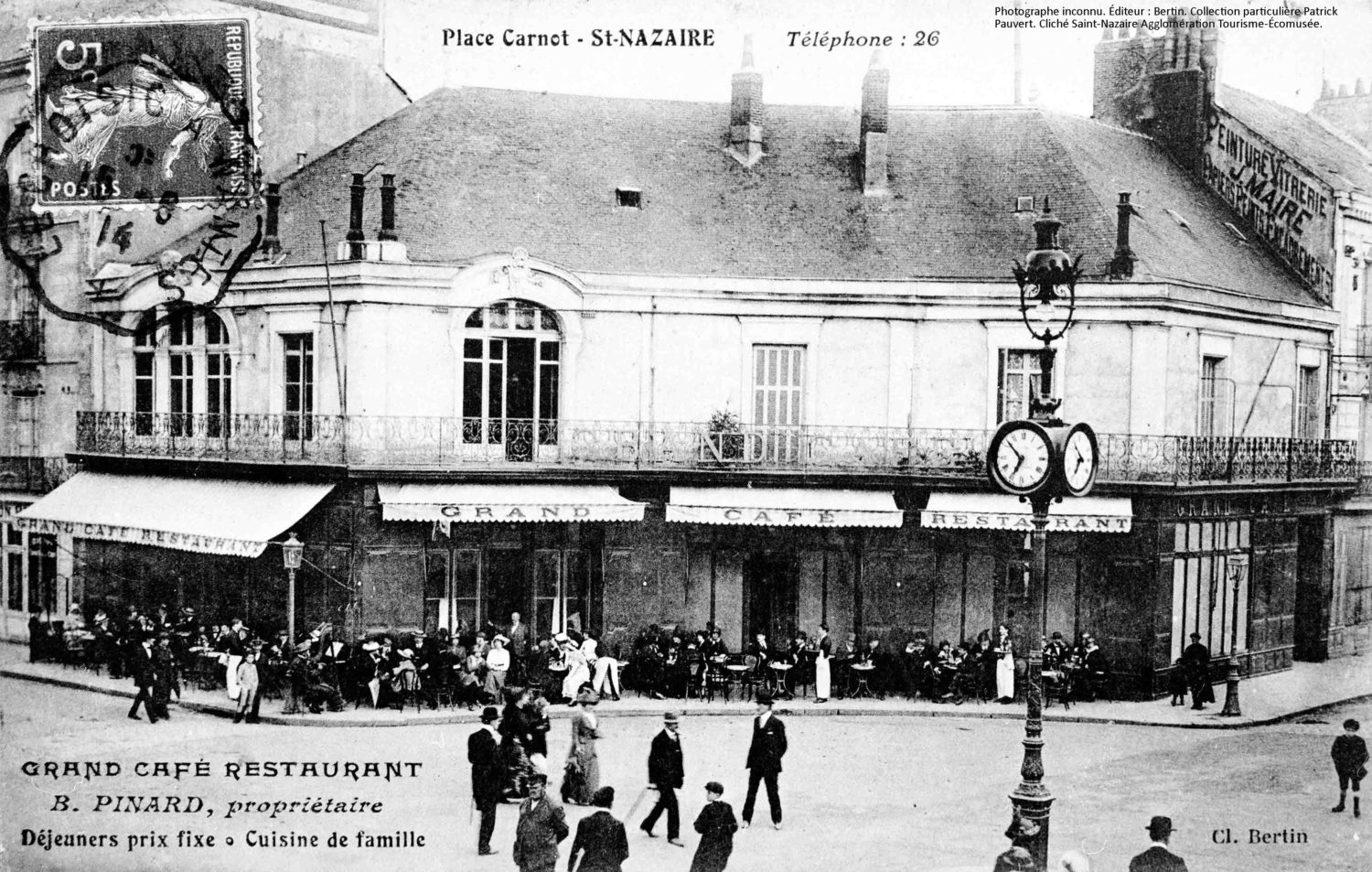 Le Grand Café is a former café dating from 1864. When it opened it was a focus of local life at the heart of the town centre as it was at the time, close to the port and the old railway station and a stone’s throw from the beach.

Spared by the destruction of the town in 1943, it continued to be a café right up to the end of the 1960s. It was then occupied by different commercial activities, including a saleroom and a drafting office, before it was bought in 1994 by the municipality of Saint-Nazaire to become, in 1997, an exhibition space for contemporary artists.

The area open to the public is made up of almost 400 m2 of exhibition surface across two floors and a reception and documentation space in the location of the old kitchens.

The conversion of the spaces to house artworks has not totally erased the original character of the site and retains several elements of its period architecture: cast-iron columns and ceramic tiling in the main ground floor room, parquet and wrought iron balconies upstairs.

The variety of the volume and individual character (relatively spartan downstairs, more domestic upstairs) of the rooms allows different kinds of artworks to be displayed. The building is turned towards the world outside, thanks to its large bay windows that open onto the town.

The context: Saint-Nazaire, the town

Saint-Nazaire is a town entirely in step with the history of modernity. The first signs of a town only appear at the beginning of the 19th century. A wet dock able to accept ships of considerable tonnage, constructed in 1838, marked a decisive turning point for the town, which went on to play a decisive role in the increasingly dense maritime traffic.

Conceived as an advance port on the Loire Estuary for the city of Nantes, the town experienced rapid economic development and prospered from the naval and aeronautical construction industries. Transatlantic connections with the Caribbean made Saint-Nazaire the gateway to Europe for people and goods coming from Central and Latin America. The liners Normandie, France and Queen Mary 2 were built in Saint-Nazaire.

On the eve of World War II, villas et mansions in the Victorian style were erected on the seafront, emblems of the birth of seaside tourism.

German occupation transformed Saint-Nazaire into a military port with the construction of a submarine base on the site of the transatlantic harbour in 1941. As a key element in the German infrastructure on the Atlantic, Saint-Nazaire became a military target to be neutralised at any price. In 1943, 85% of the town was destroyed by Allied bombardments, but the German submarine base nevertheless survived and since the 1990s has been at the centre of an urban project that aims to turn the town back towards its port from which it had been dissociated by the post-war reconstruction plan.