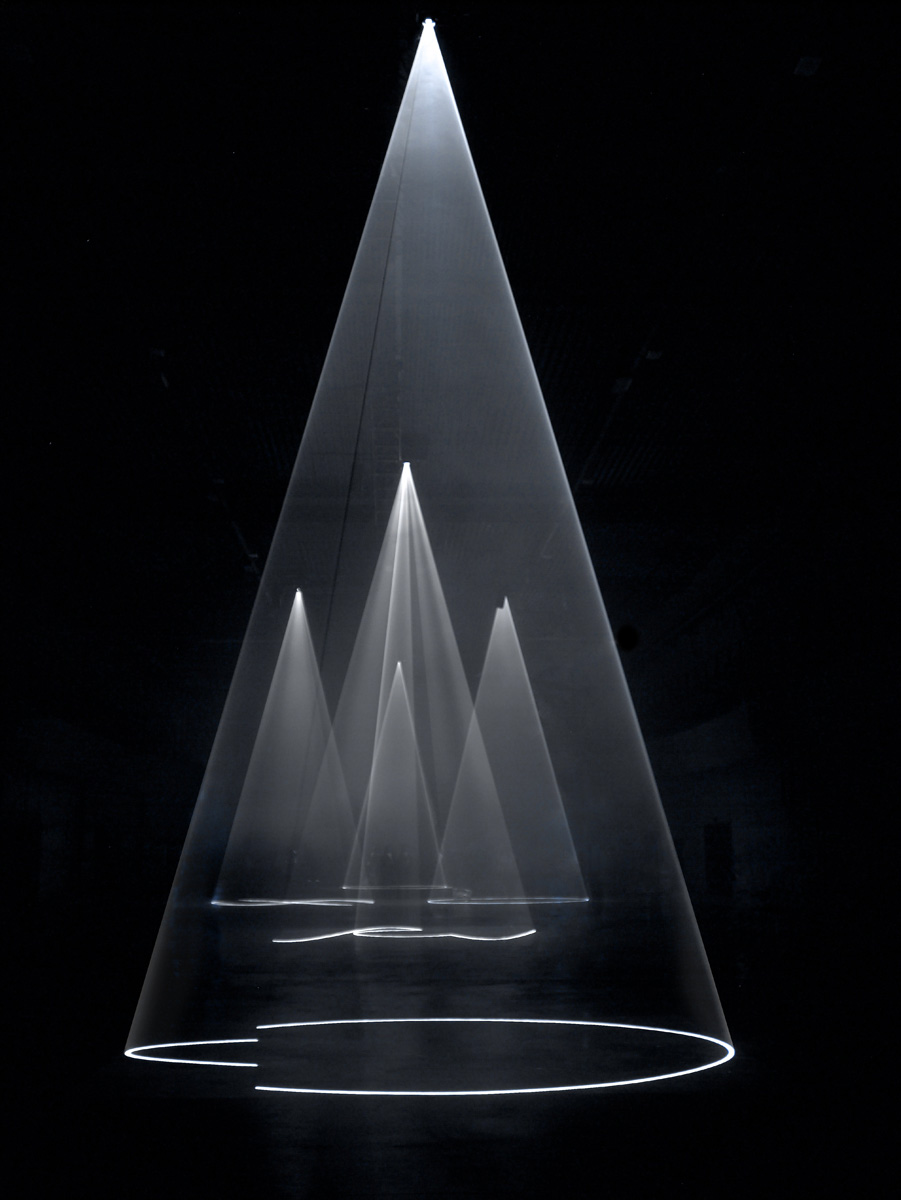 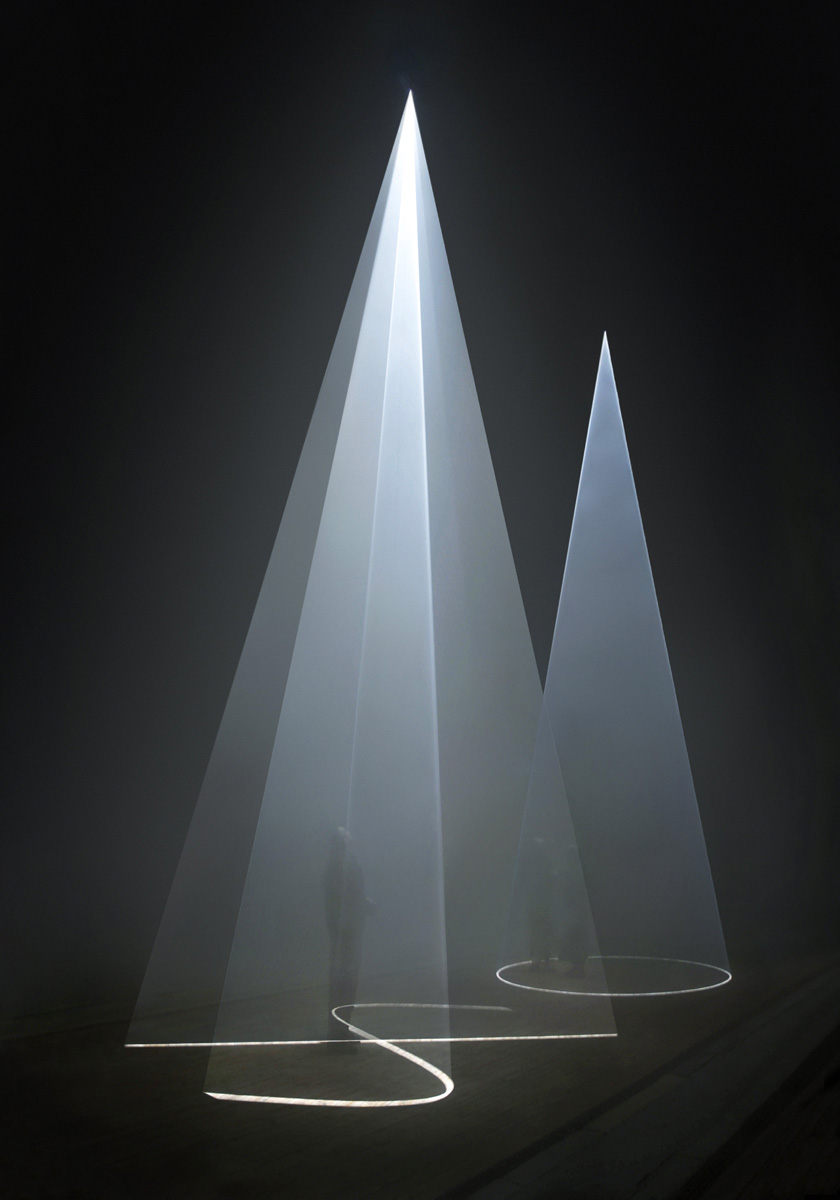 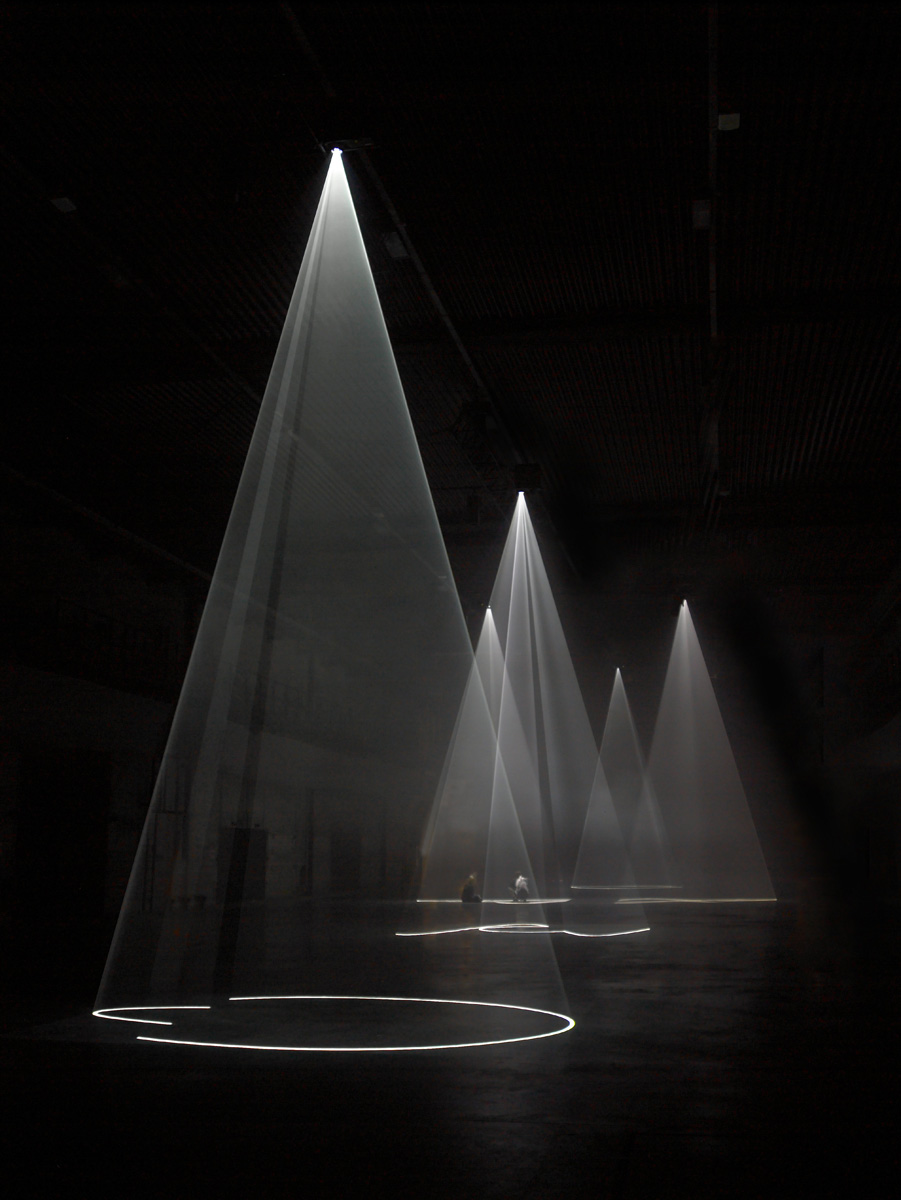 In the 1970s Anthony McCall, a filmmaker from Britain settled in New York, made a series of films of solid light based on simple geometric figures, in particular the cone, drawn directly onto the film stock. His approach presents itself as an act of radicalism towards cinema: moving away from the screen, projecting a cinema-without-image, affirming the phenomenon of projection in and of itself while at the same time reaffirming the ideas of performance and process that underlie cinematic technique.

For Estuaire 2009 Le Grand Café is showing, for the first time in France, a group of Vertical Works made digitally between 2005 and 2009. These works explore in a single gesture the combination of drawing with cinema and with sculpture, showing Anthony McCall to be an artist inscribed in current debates surrounding the mutation of art forms. Playing on the architectural properties of the site, its exceptional height in particular, he invites the public to an experience whereby the body, as if absorbed by McCall’s films of solid light, can nestle into an immaterial parcel of space. The visitor becomes “spect-actor” of a silent moment, of a sensorial experience as subtle as it is fascinating.

Born in 1946 in London.
Lives and works in New York.
The artist is represented by Sean Kelly Gallery (USA).