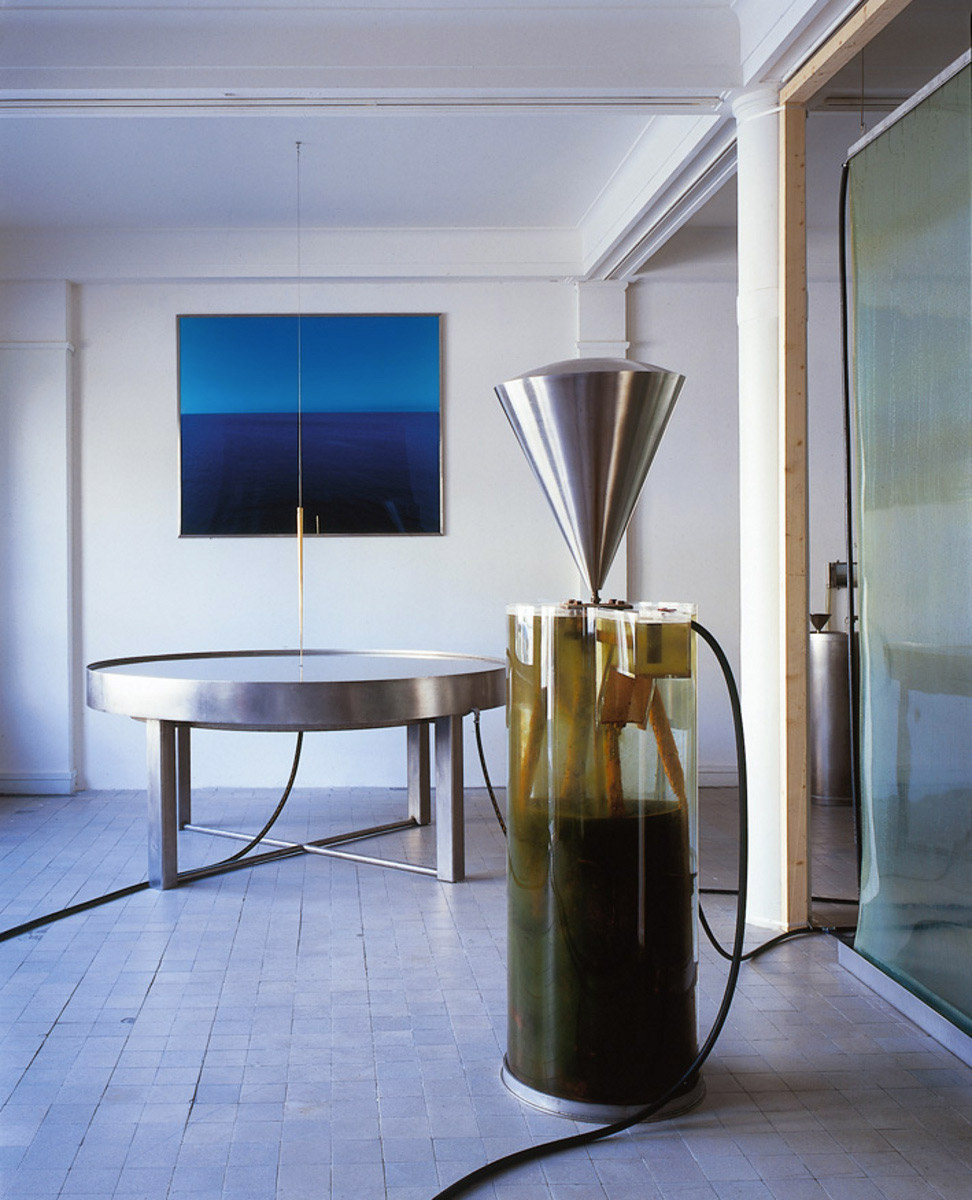 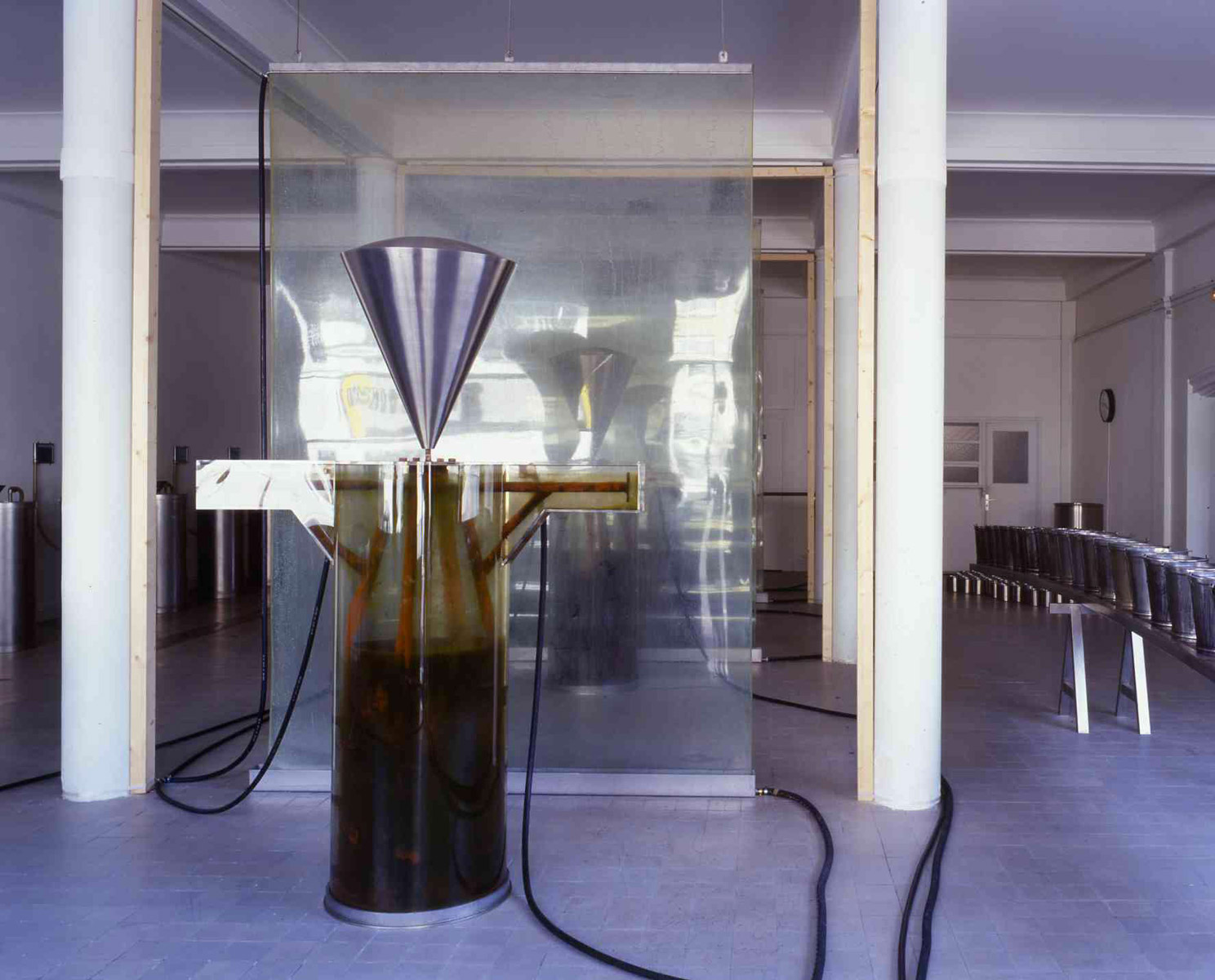 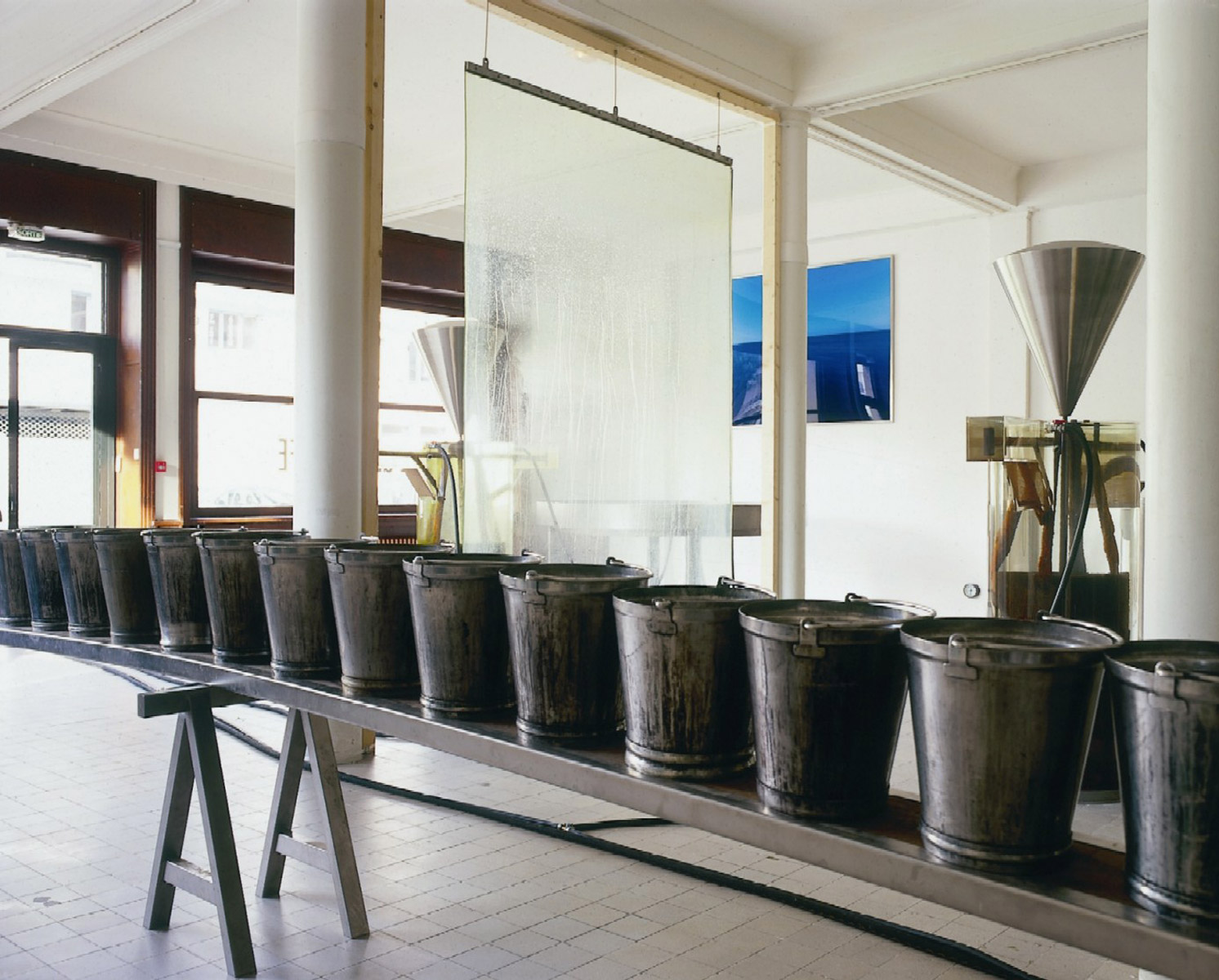 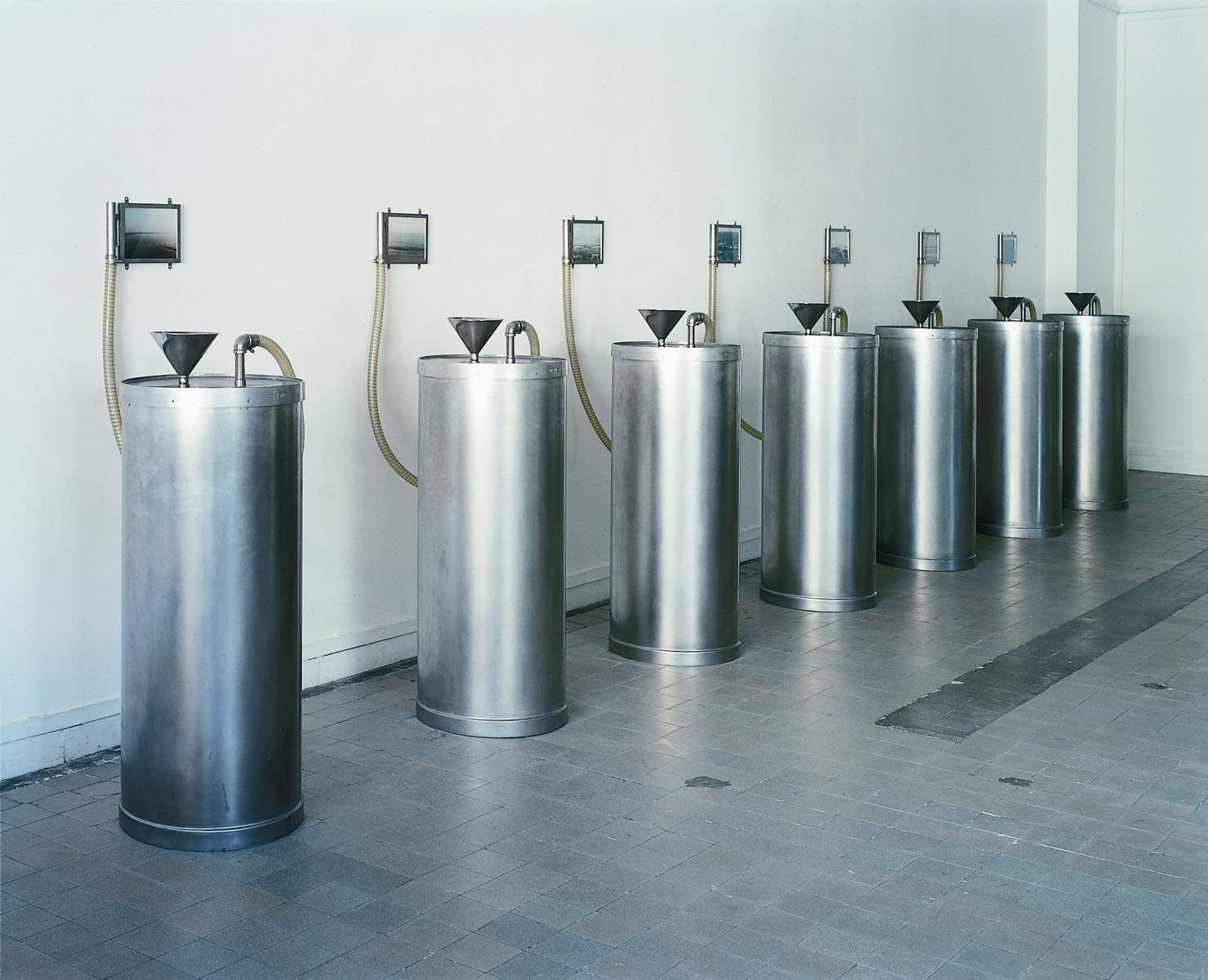 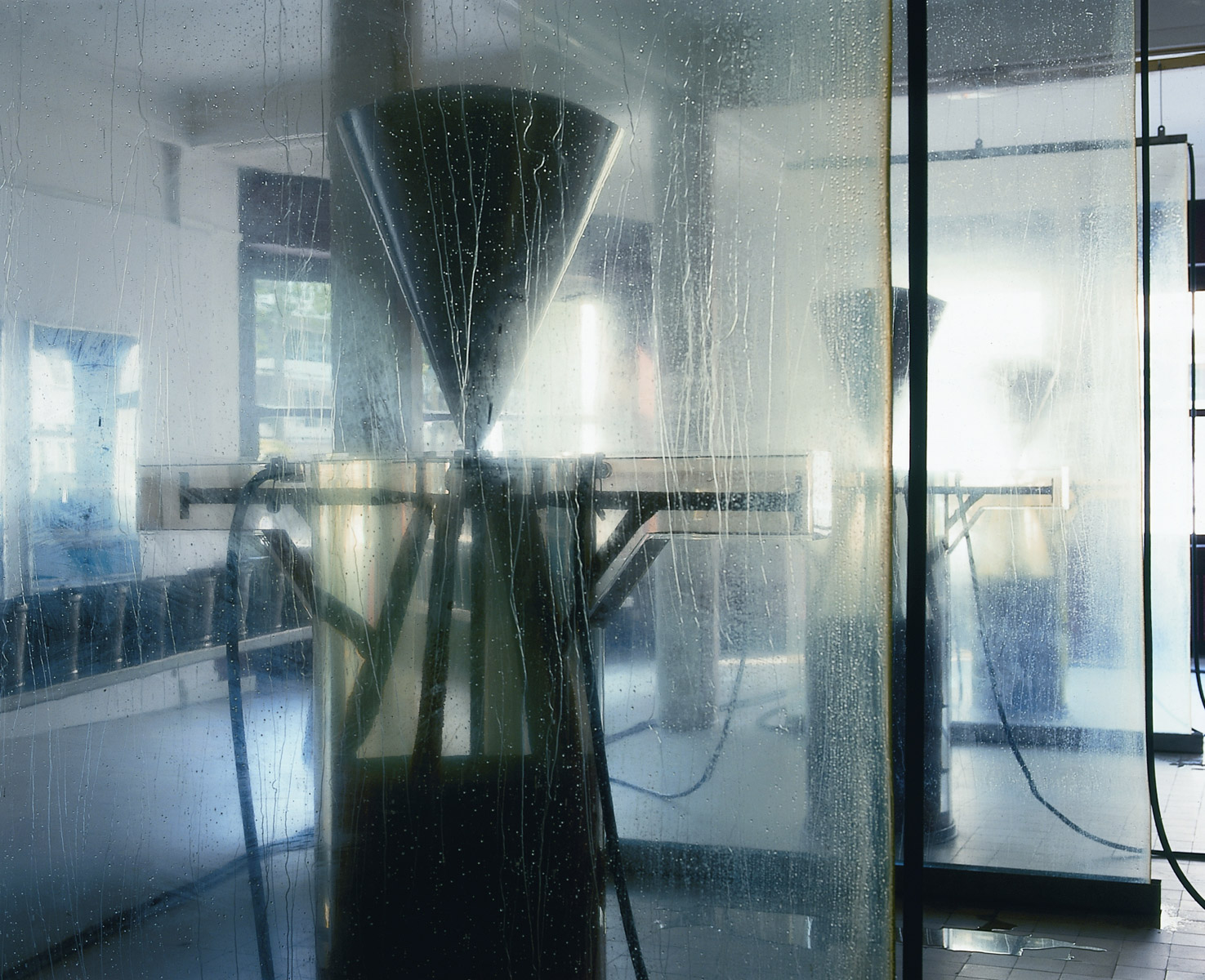 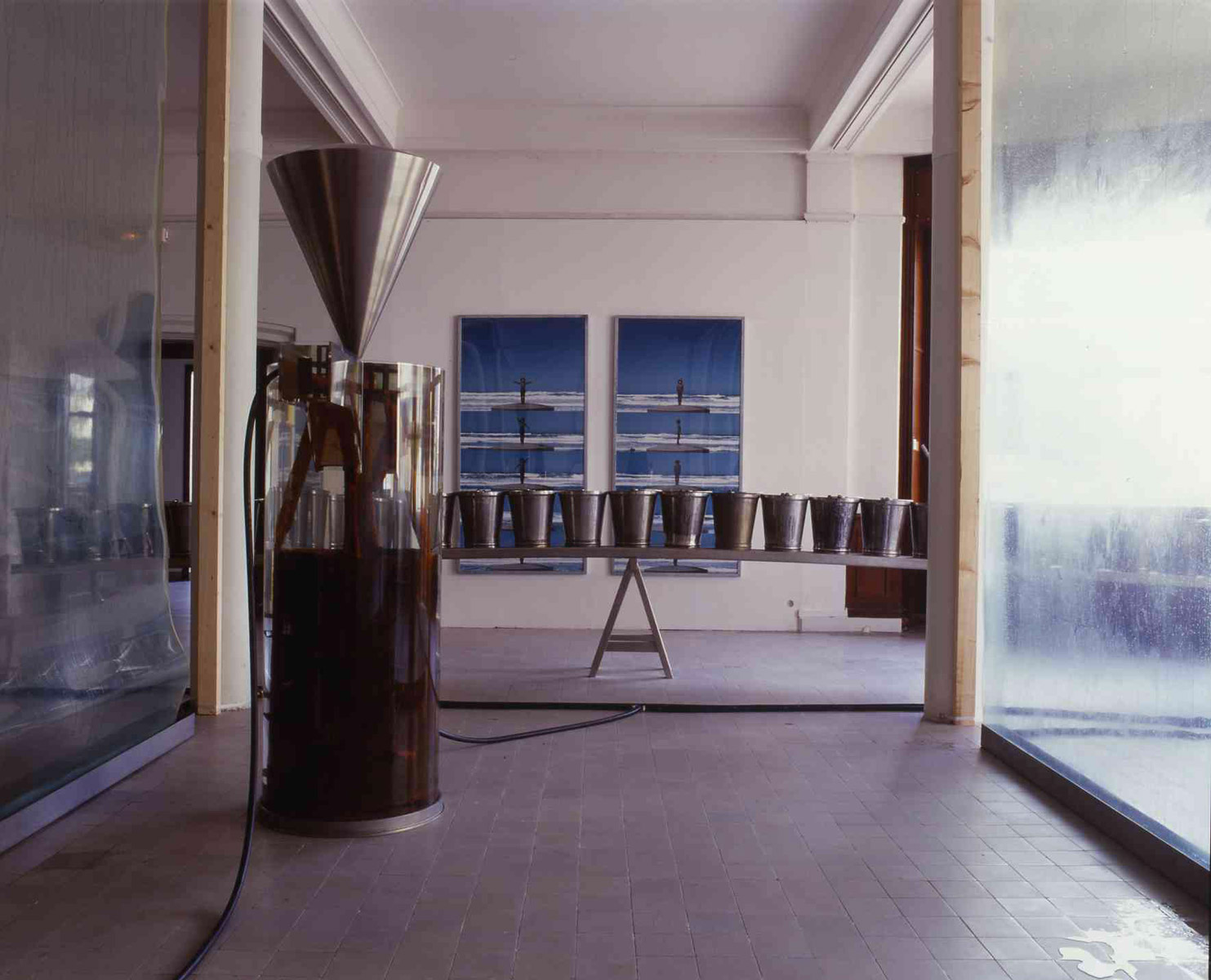 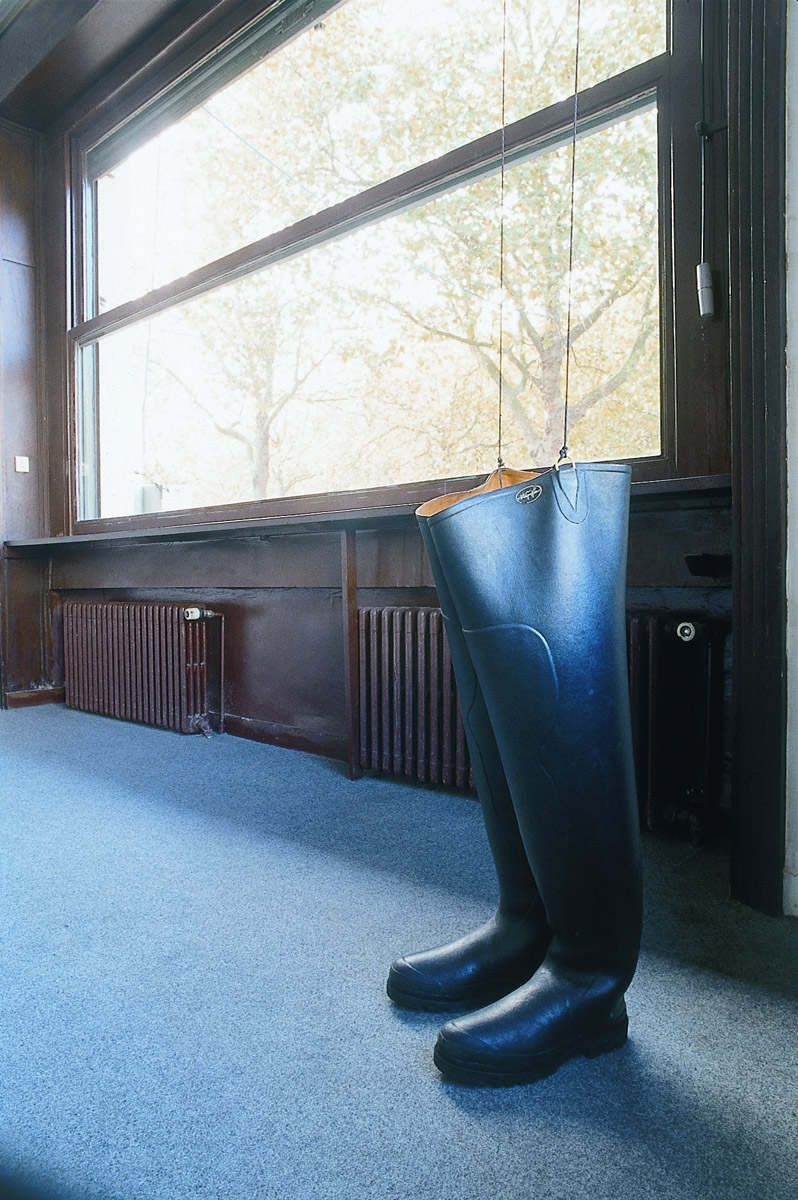 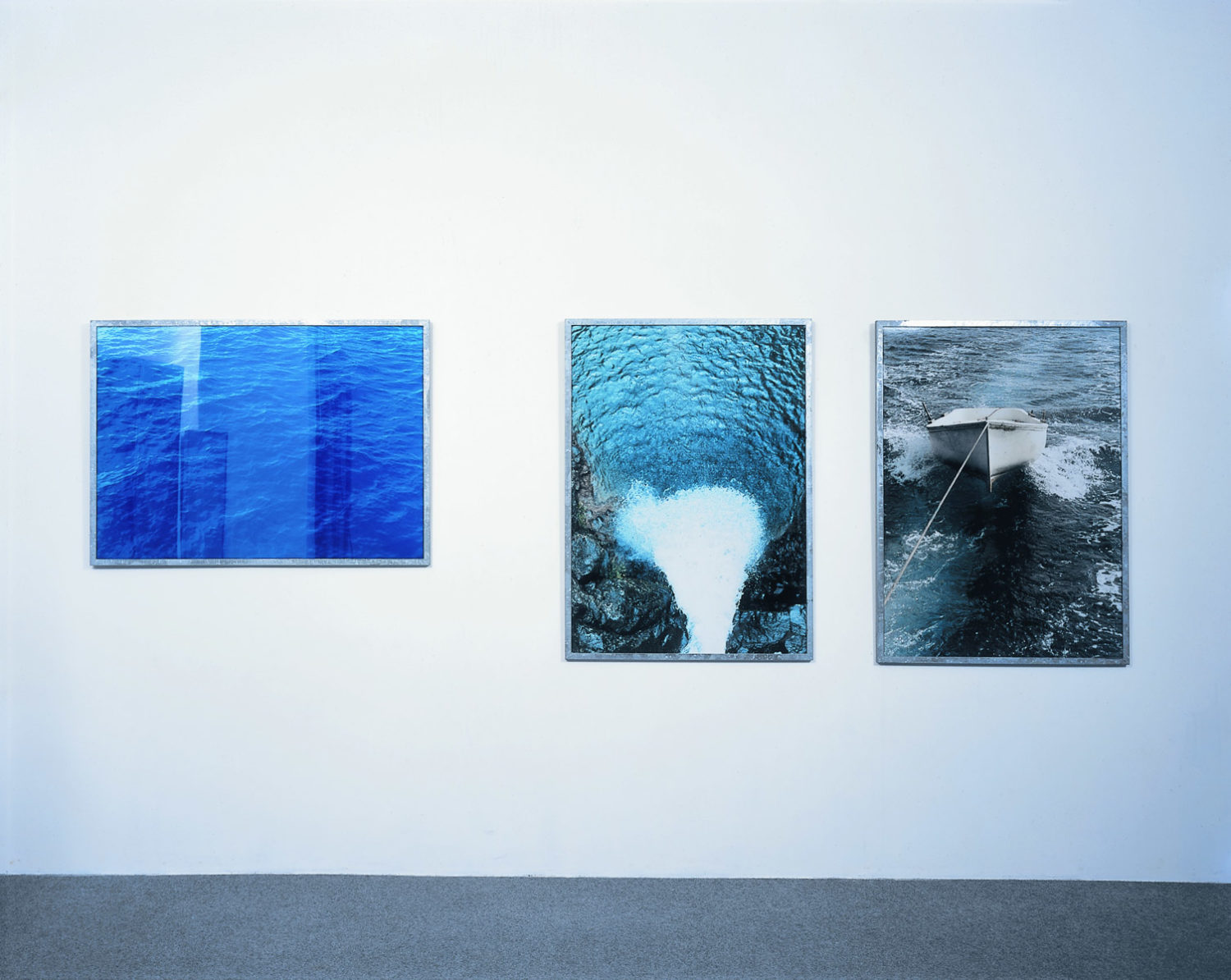 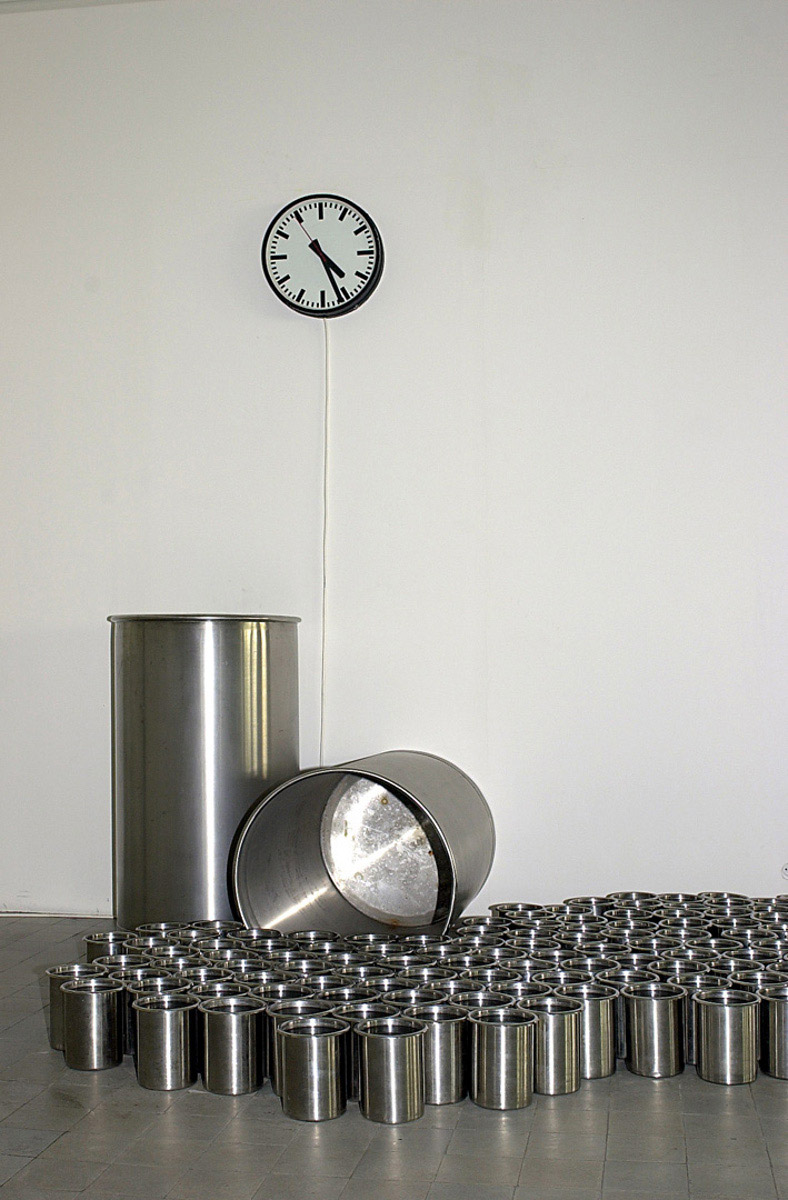 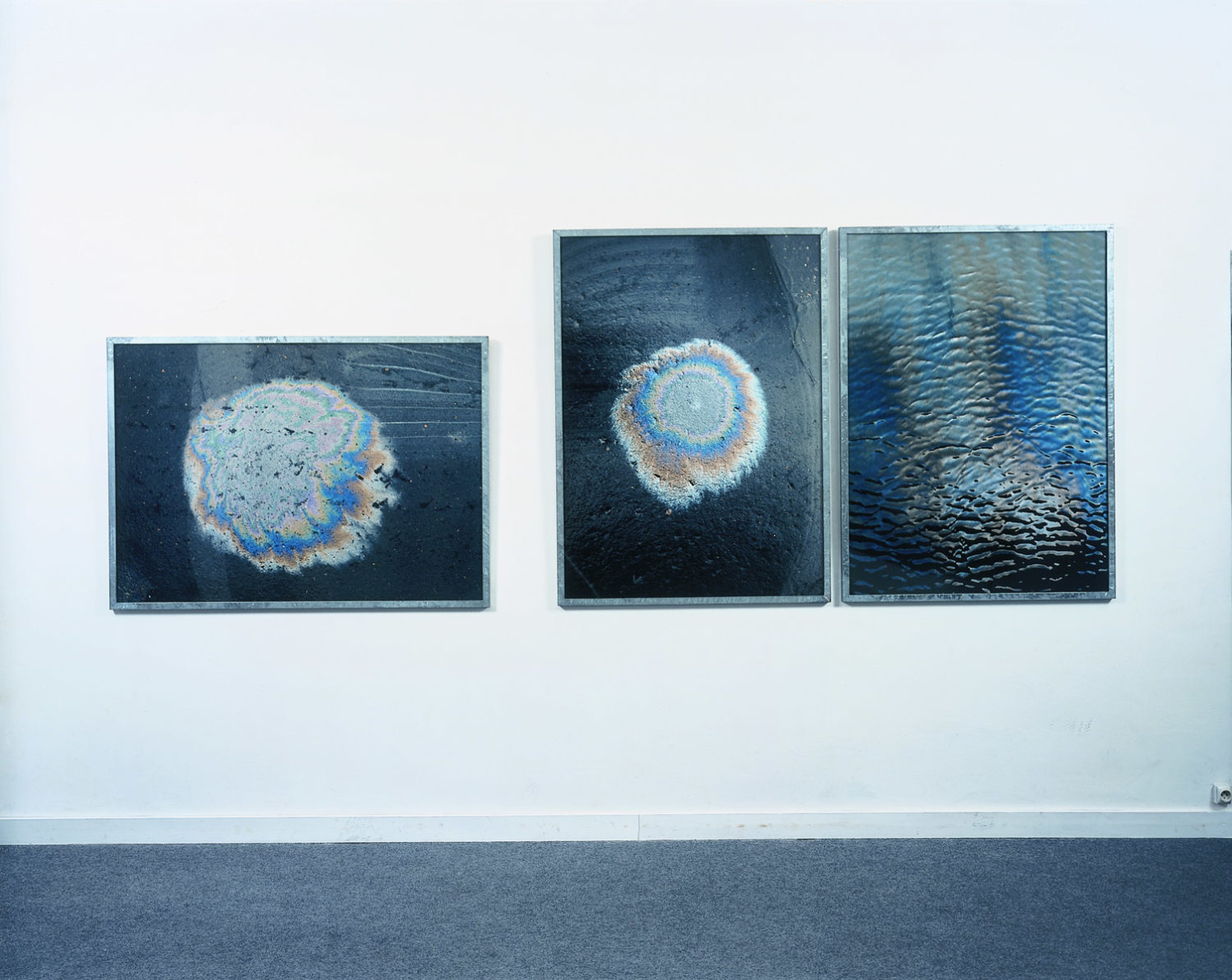 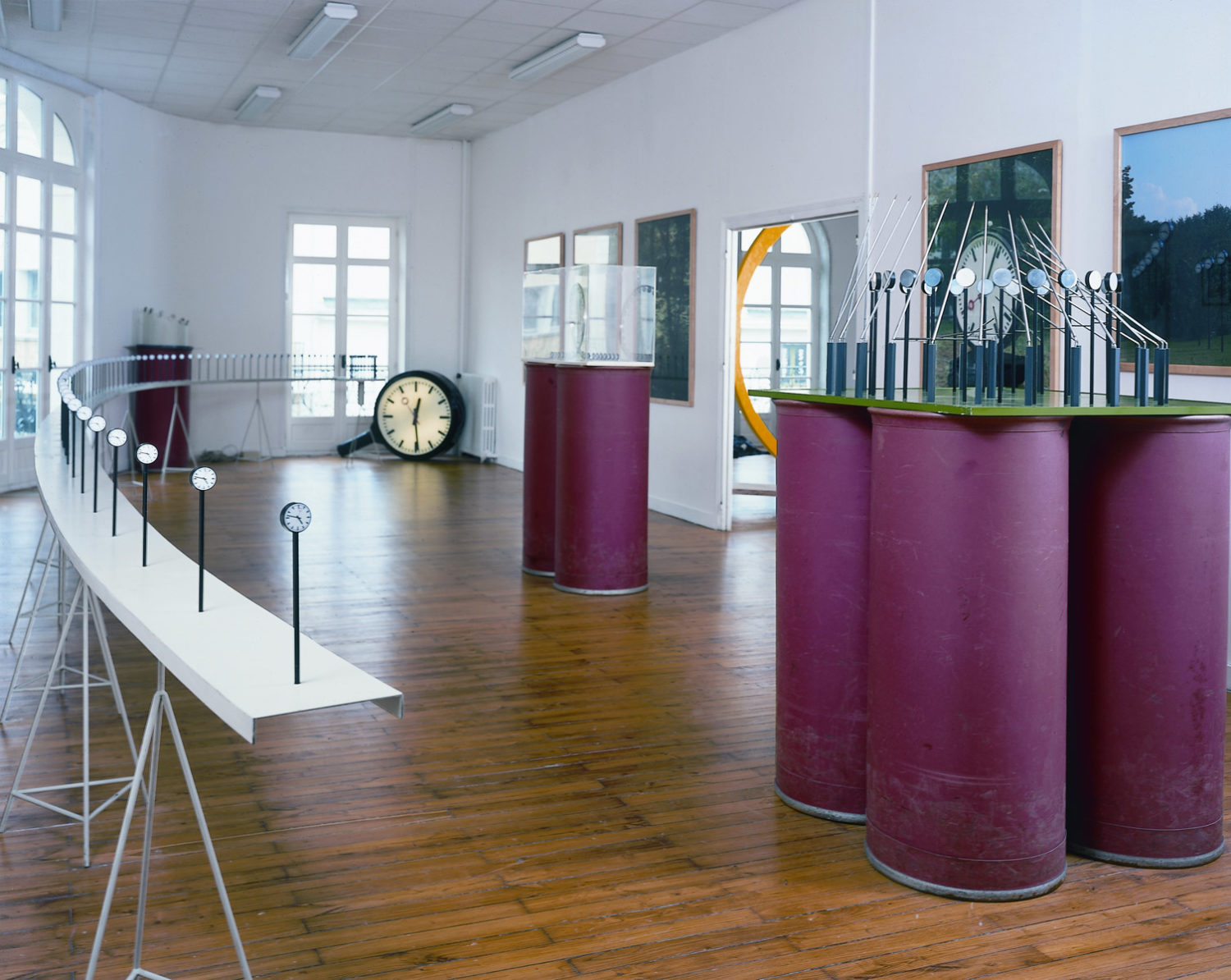 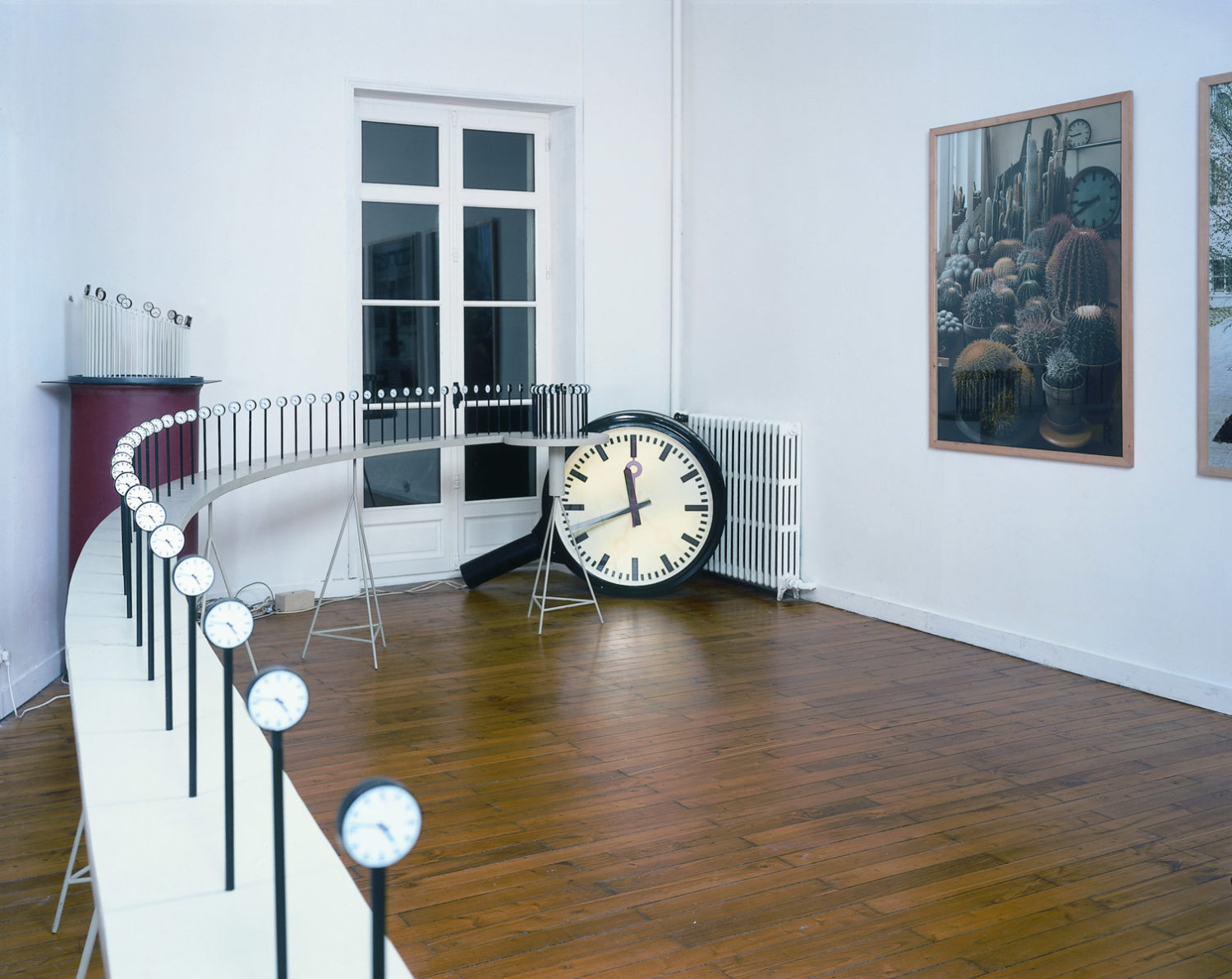 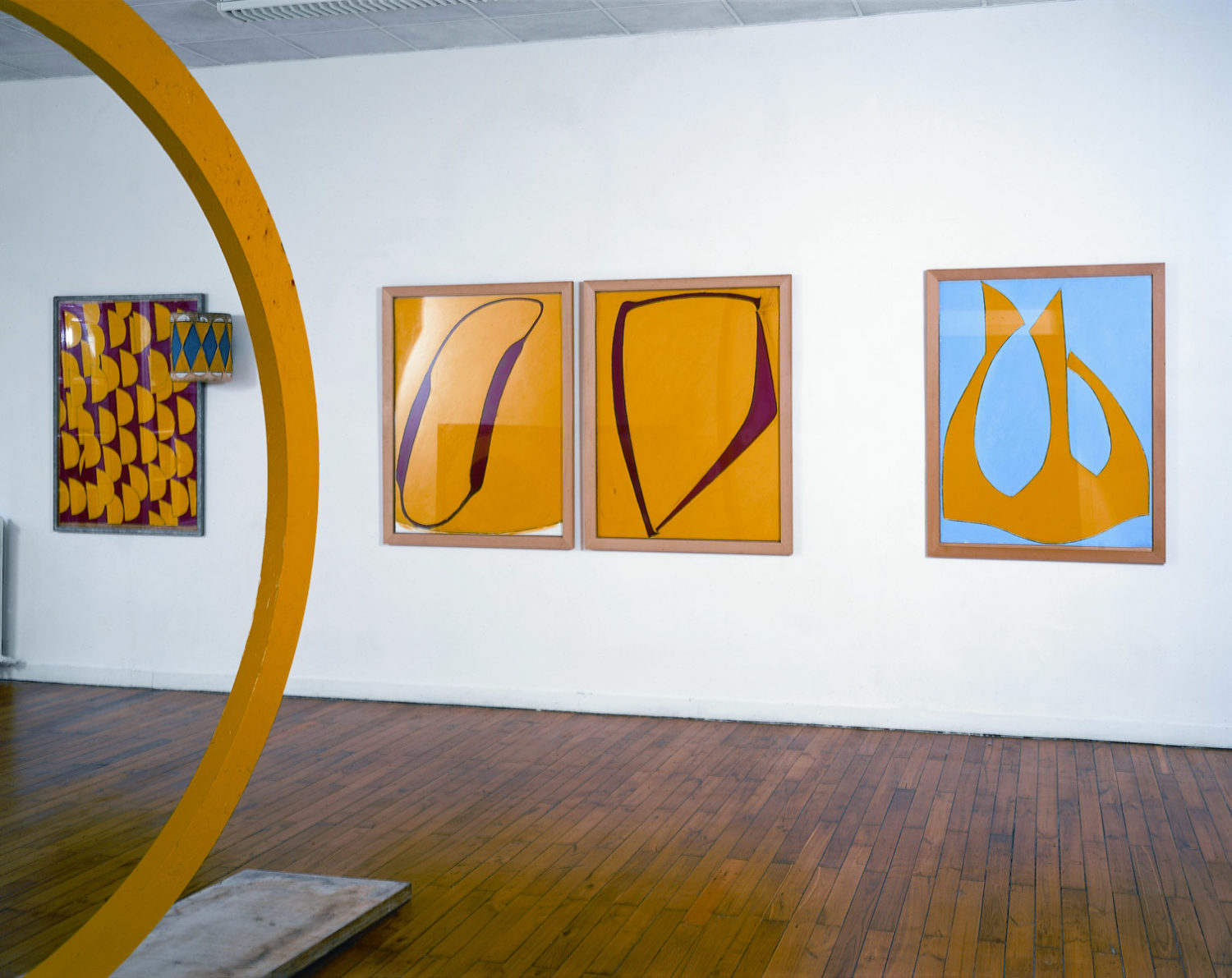 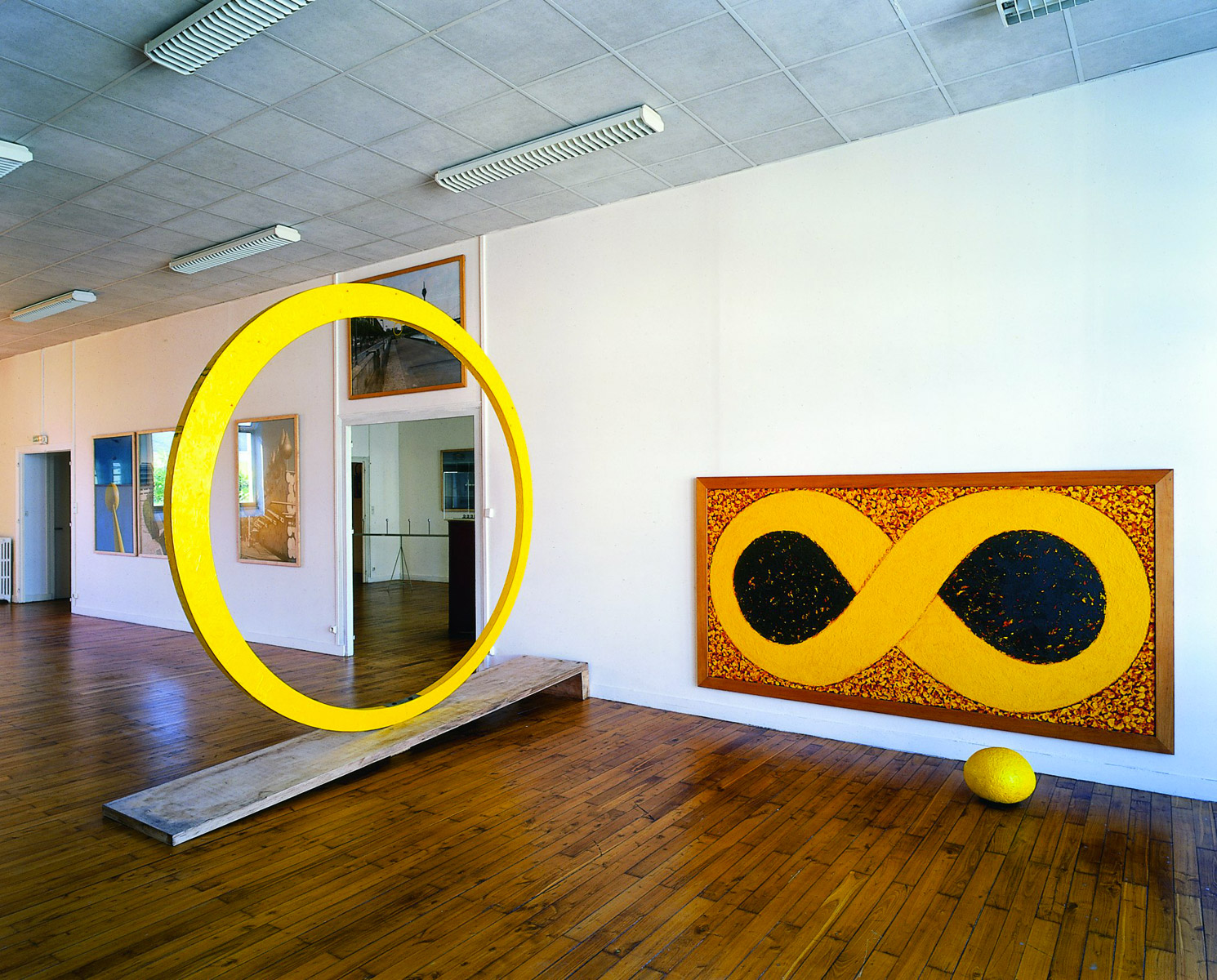 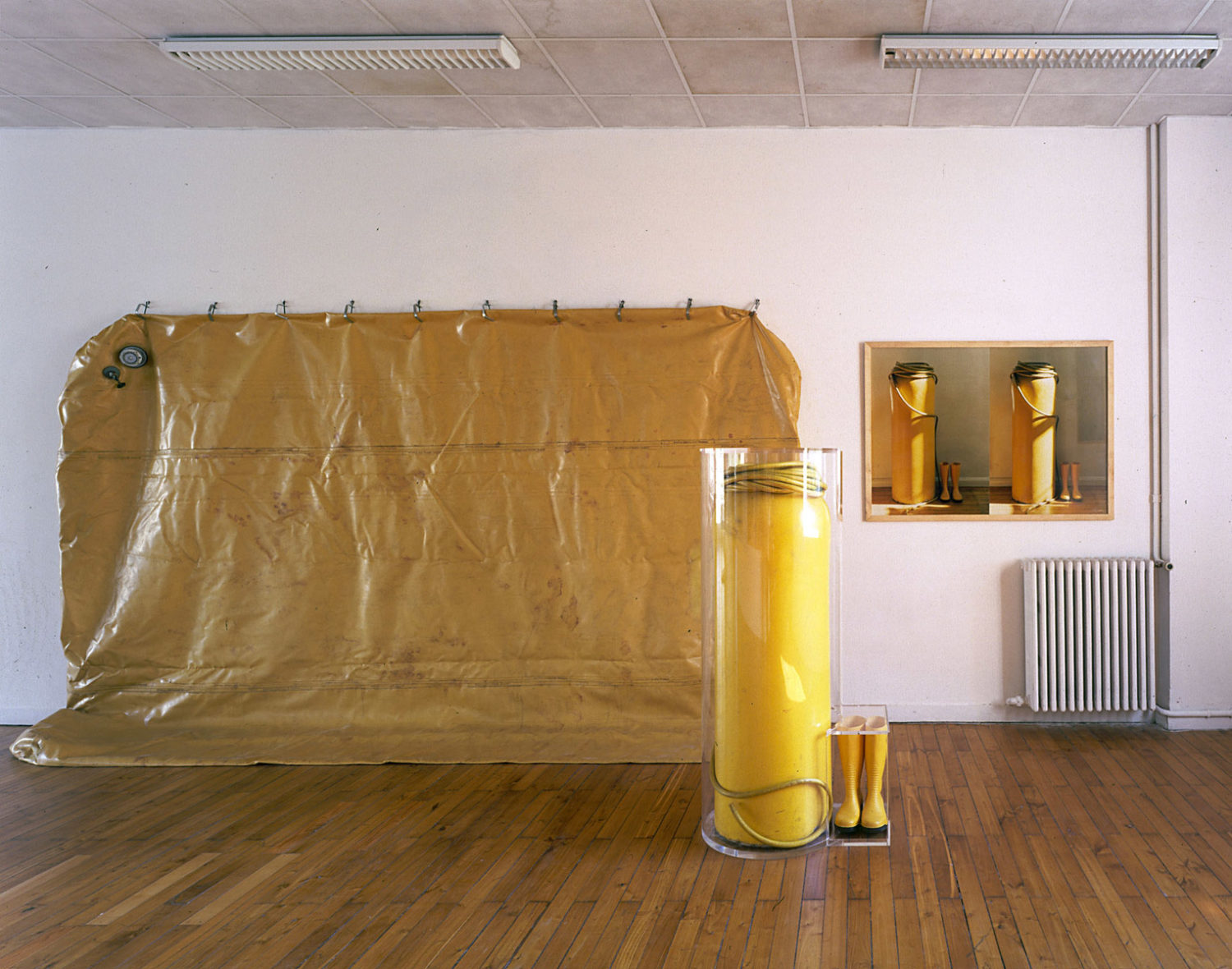 Very active on the international scene in the 1970s, the artist worked alongside and across the great radical movements such as Body Art, Land Art or Conceptual Art without his work ever being reducible to a single one of these problematics. Together with a regular practice in drawing and painting, Klaus Rinke has developed a body of work as a sculptor in the broad sense of the term, using aesthetic means at the frontier of art and of science with the aim of arousing consciousness of the essential givens of experience: time, space, gravity. Using elementary structures in which water and metal preponderate, he seeks to understand the physical and material dimension of the universe and through this mark out the way towards a reflection on the metaphysical. The exhibition in Saint-Nazaire presents a surprising journey through the artist’s work, articulated around three themes of ‘Rinkian’ thought: Sun, Water, Time. Klaus Rinke conceived the exhibition at Le Grand Café as a laboratory of thought in action. He offers us spaces that are midway between the studio and the mental space in which the work is elaborated. Diverse elements, works, projects or traces from different periods (from 1970 to the present) rub shoulders. As with water, symbol of regeneration, the artist draws and re-draws ceaselessly from the well of his own work, displacing and reactivating its fundamental postulates and finally casting doubt on the truth of the work itself. Klaus Rinke’s exhibition is not a retrospective. It shows a living artist asking himself questions about the relationship of his works to time (they being simultaneously engaged with history and with actuality). Within it we discover a mise en abyme of his own work, in previously unseen photographic pieces that in one stroke reintroduce the question of the place of documentation in art. But wasn’t that already the case 30 years ago, when Klaus Rinke, alongside Bernd and Hilla Becher and Jan Dibbets, introduced a new photographic practice into art?

Born in 1939 in Wattenscheid, Germany Lives and works in Haan and in Los Angeles.