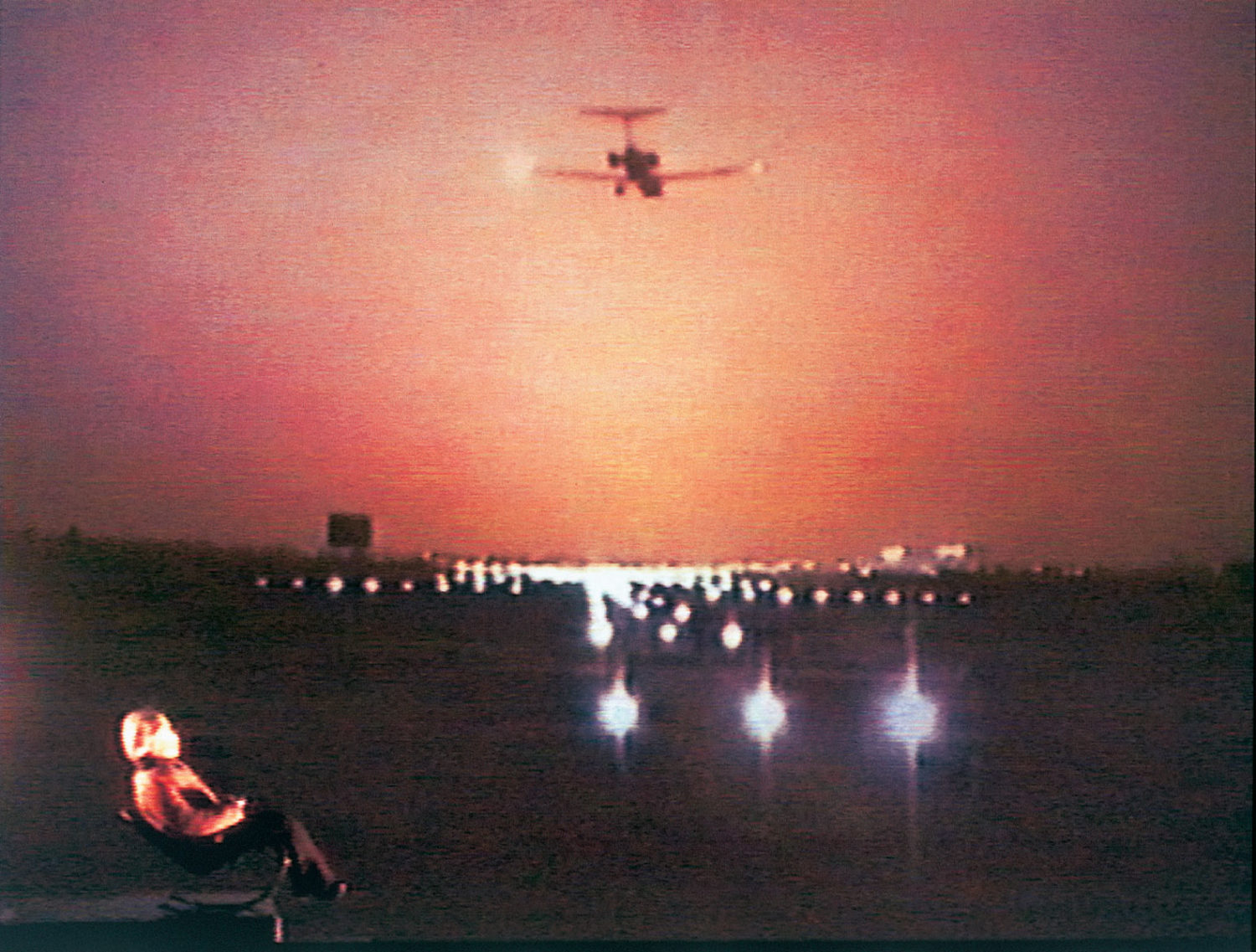 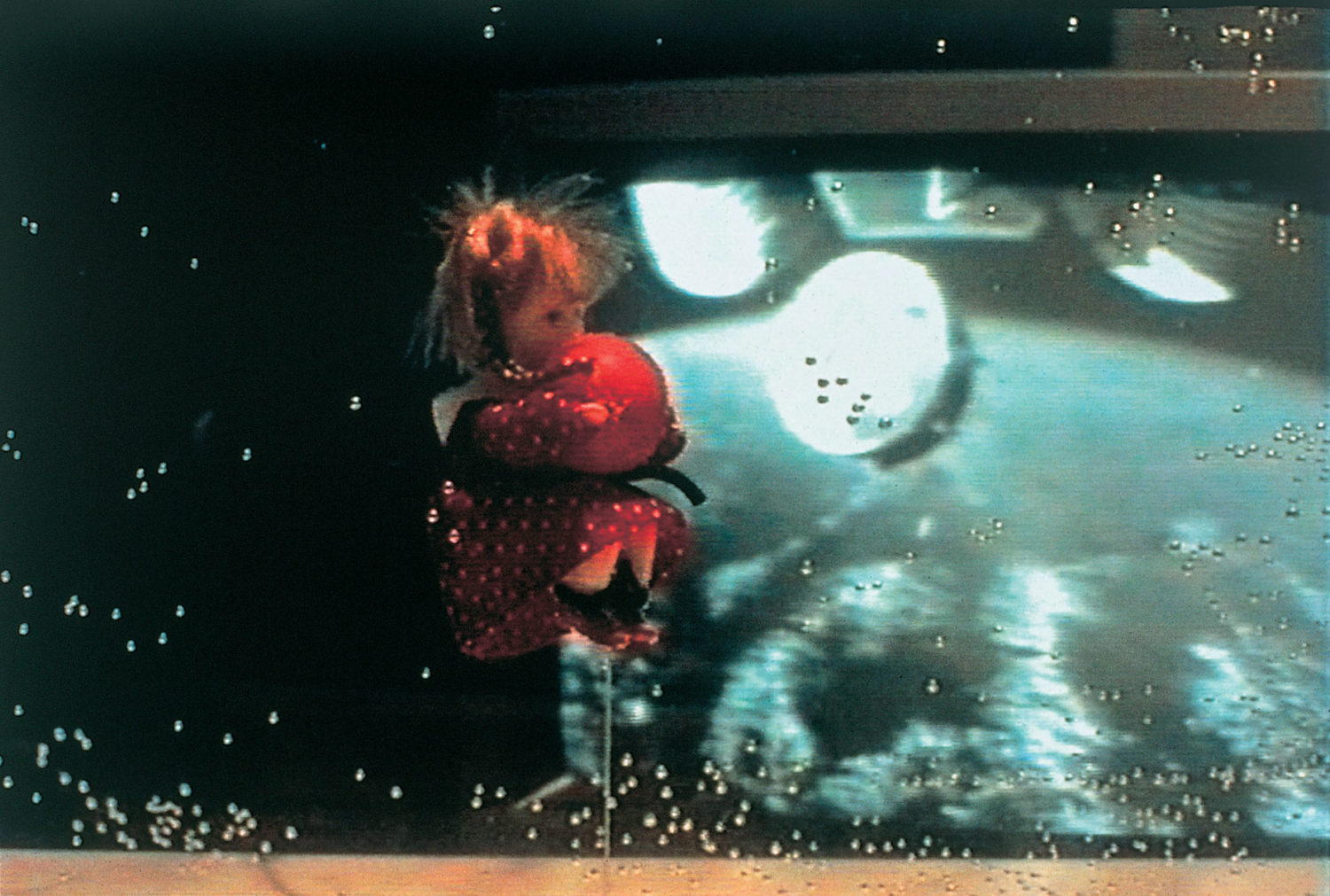 “With Grazia Toderi there are images above all else: images that rework her relationship to images – televised, cultural, mental – and connected to her experience as a woman, an artist, a child who grew up and an adult whose childhood never left her, but also very simply as a human being participating in the becoming of our world and trying to give form to her being there. But the immense power of suggestion and seduction of her images does not just reside in their complex contents which everyone can nevertheless intuitively grasp: it is above all the result of their subtle internal mechanism which, between respirations and unmoving durations, between static shots and discreet movements, makes them appear to us like our own interior images.”
Enrico Lunghi

Nata nel’63 (́Born in 1963), 1996, presented at Le Grand Café, is a direct reference to Grazia Toderi’s childhood. She shows us a little doll (a figurine) that is holding a red ball in its arms. She is spinning round. Behind her, on a second plane, the TV diffuses the celebrated images of the first moon landing in 1969. On that day Grazia Toderi was therefore 6 years old, and very clearly remembers it, this day wheǹ her life changed. More than just a fascination, the event marked a realisation that human destiny was subject to the weight of the body. For Grazia Toderi, the conquest of space represents a liberation from weight and an access to weightlessness. This video expresses both the fascination and the solitude and consternation of a little girl who wasn’t part of the voyage.

Since that day, Grazia Toderi has continually pushed the limits of her ‘earthling’ condition. In Zuppa dell’eternità e luce improvisa (Eternal Soup and Sudden Claritý), 1995 she attempts to rediscover the conditions of weightlessness. Submerged in water, dressed in a raincoat, she slowly struggles in a hostile environment and tries to open and close an umbrella. The work acts as a metaphor for individual resistance against the outside world. The timing of the images and the rhythm of the editing is set to the artist’s breathing, and therefore her physical limits.

Terra, 1997, radicalises the desire to suspend time that we glimpse in the two previous videos. Here, the scene takes place at night, on a runway wherè an aircraft apparently wants to land before finally turning back. In the foreground, in the left corner of the image, a figure (man or woman) that we guess to be elderly, rocks on its rocking chair to the violent rhythm of the exhaust gases from the jet engines. The aircraft’s flight is gently suspended in the air without ever managing to touch the ground. As it does, it indicates a point where the surface of the image swells to reveal its depth.