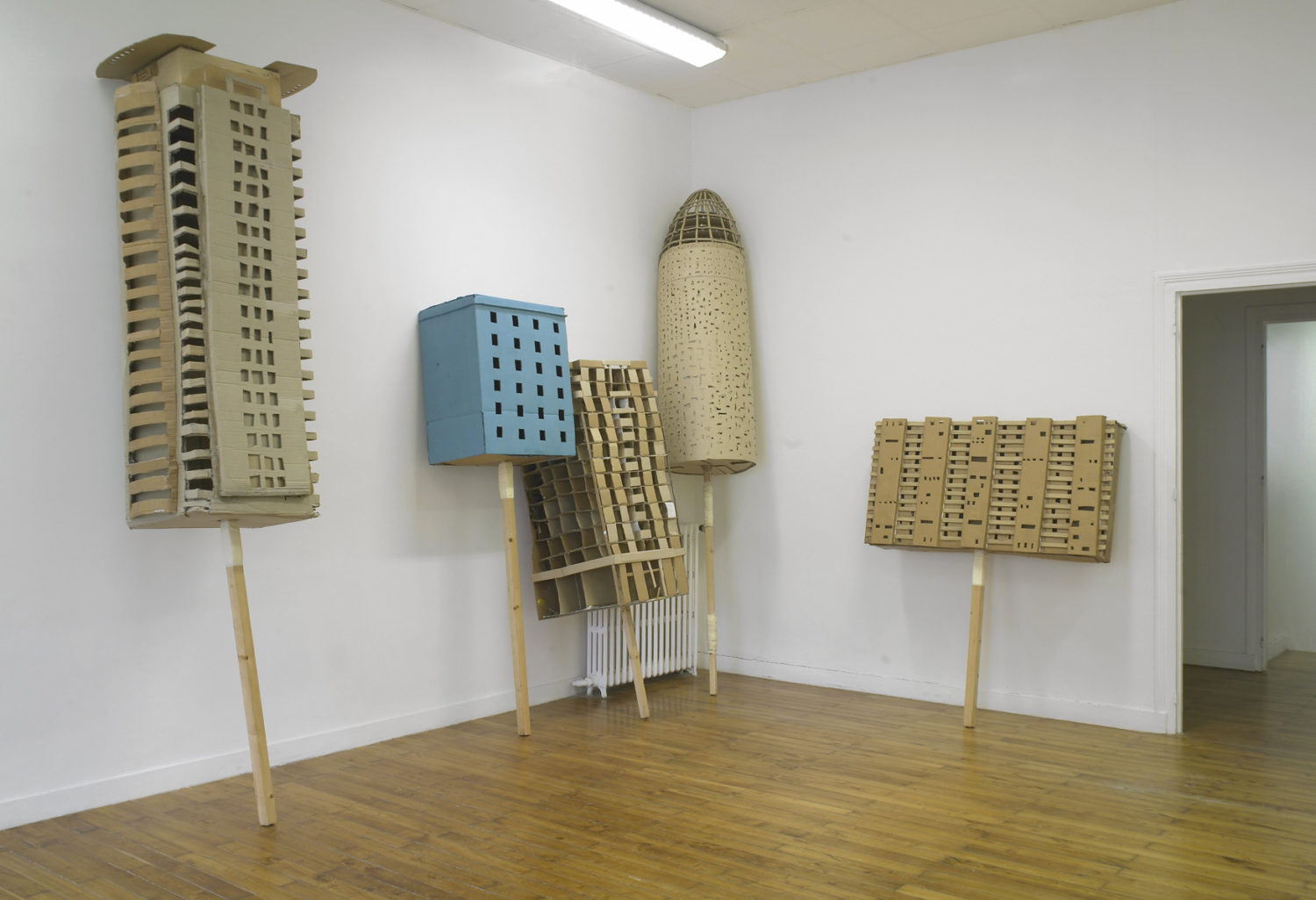 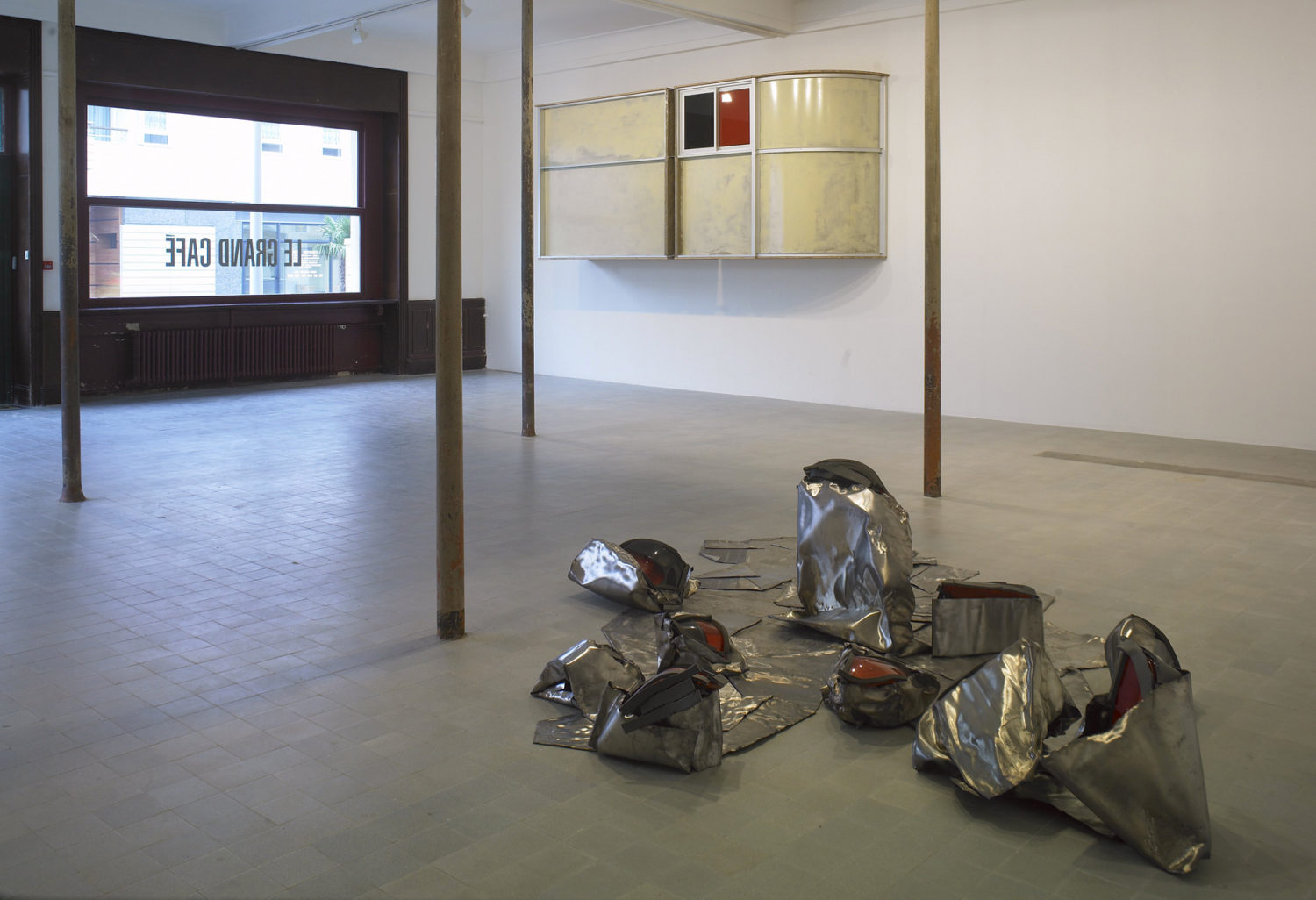 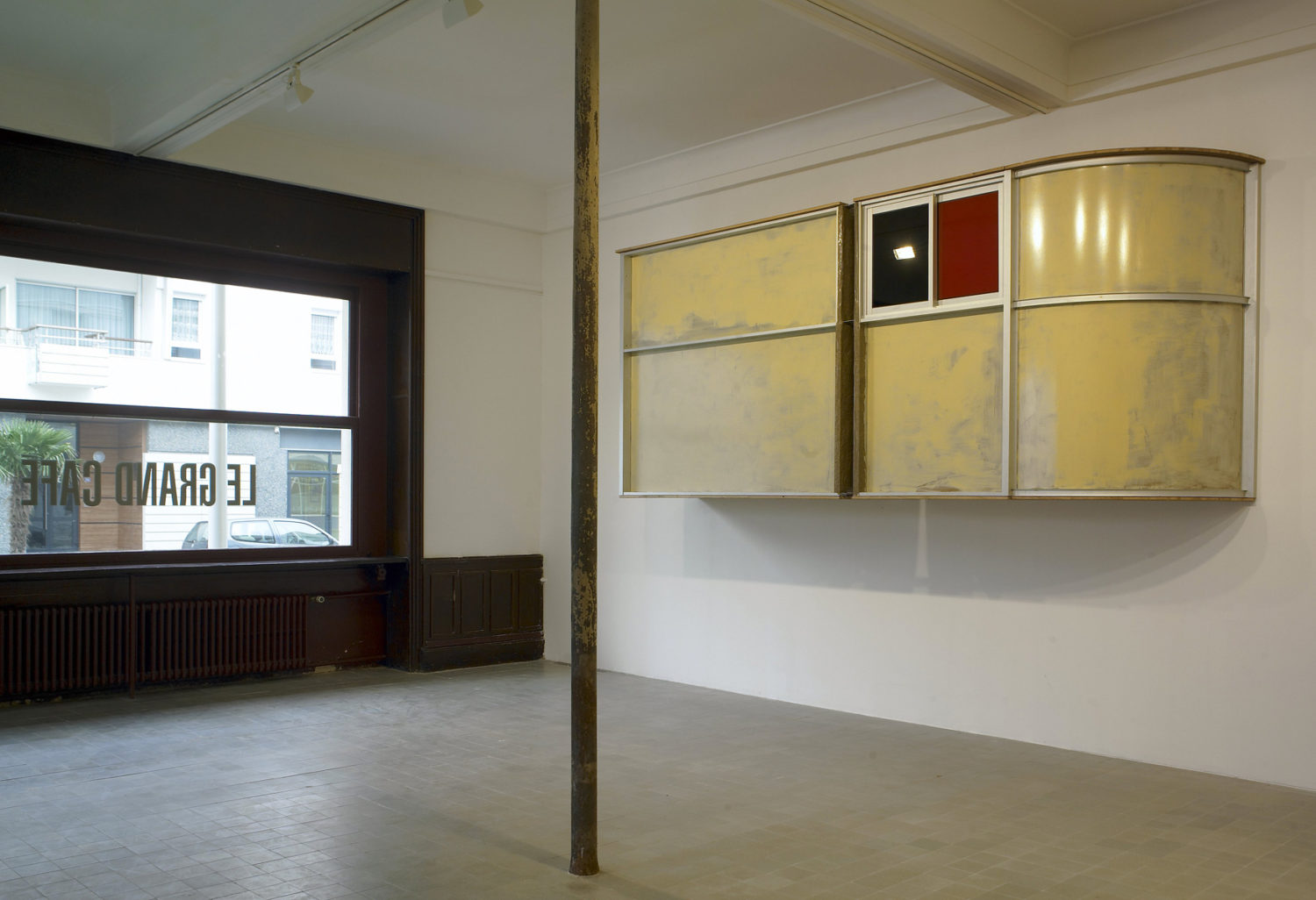 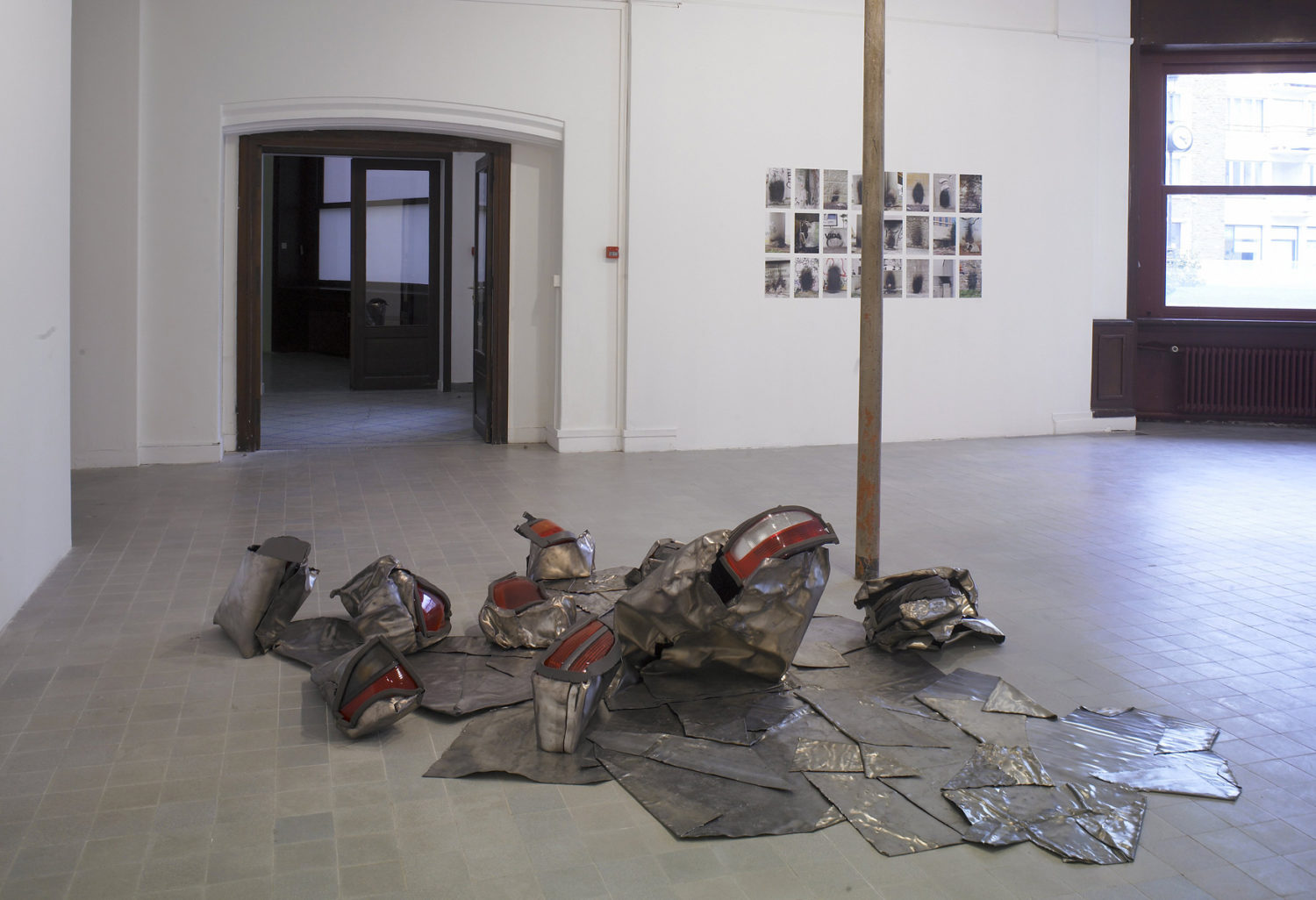 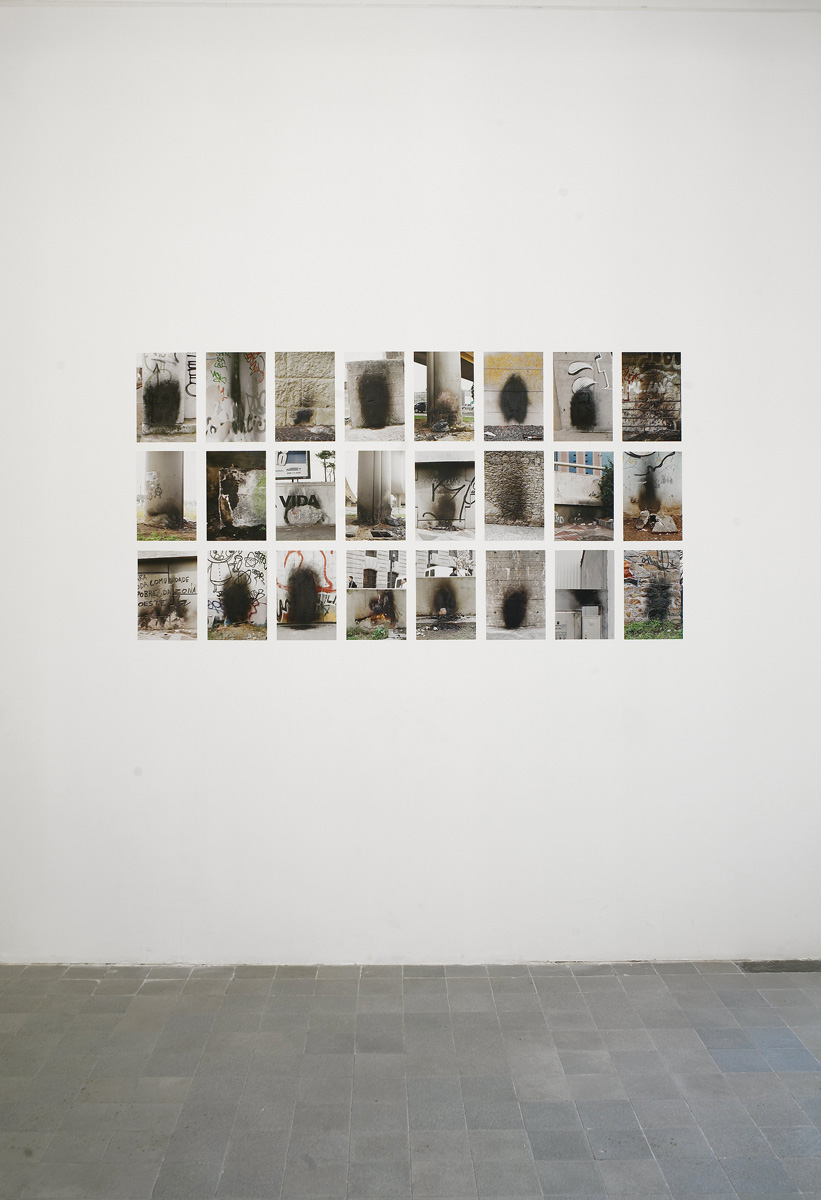 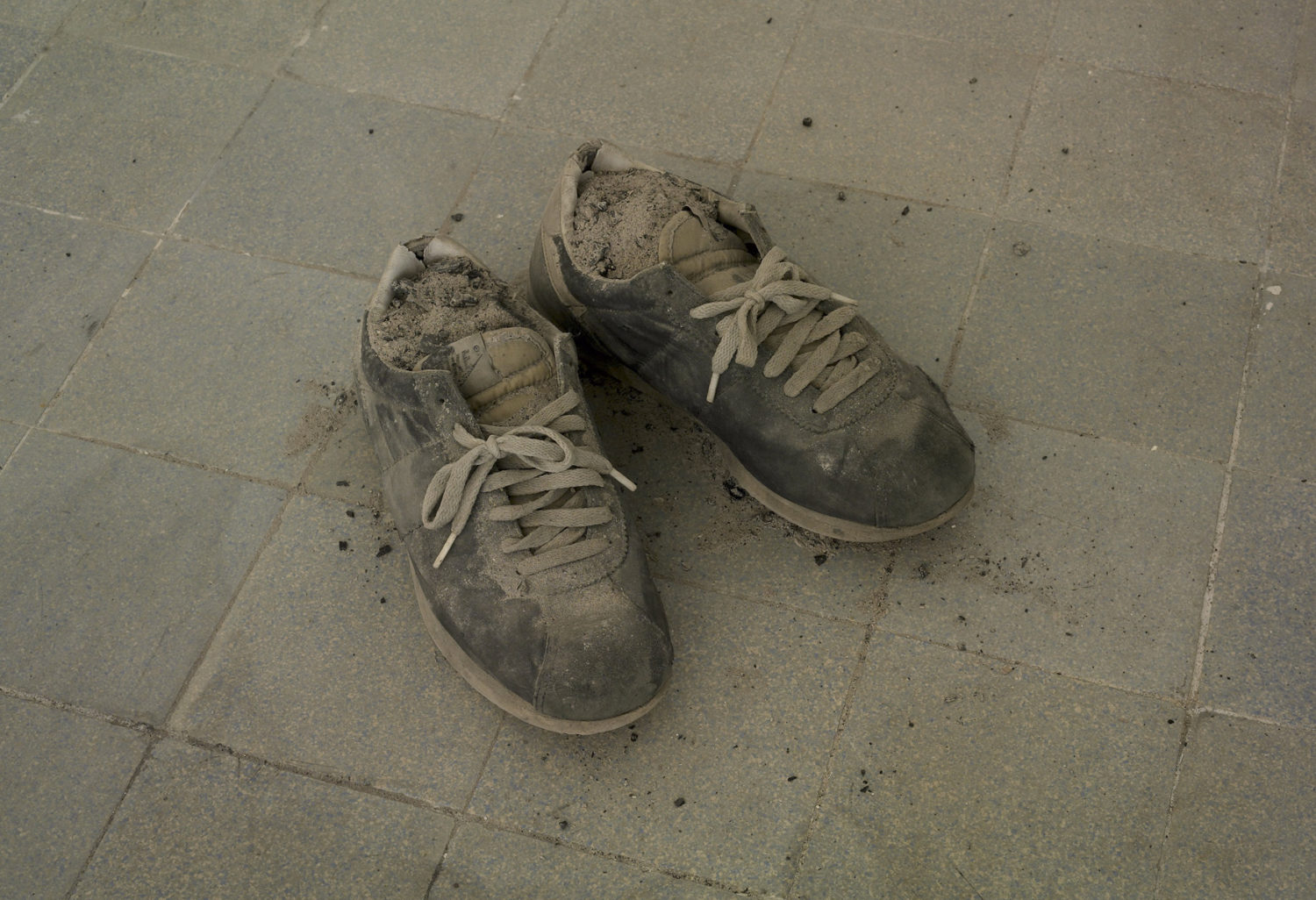 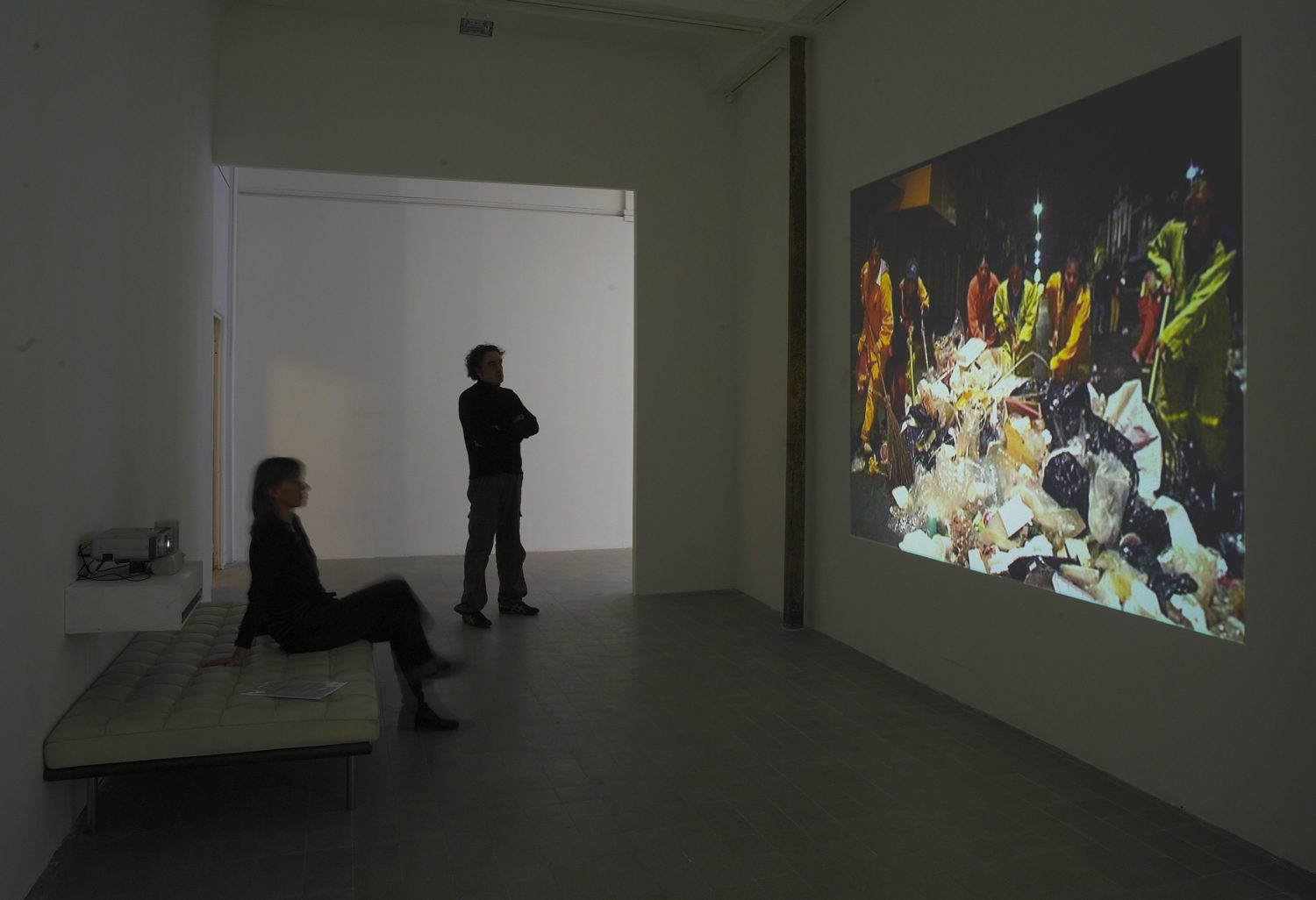 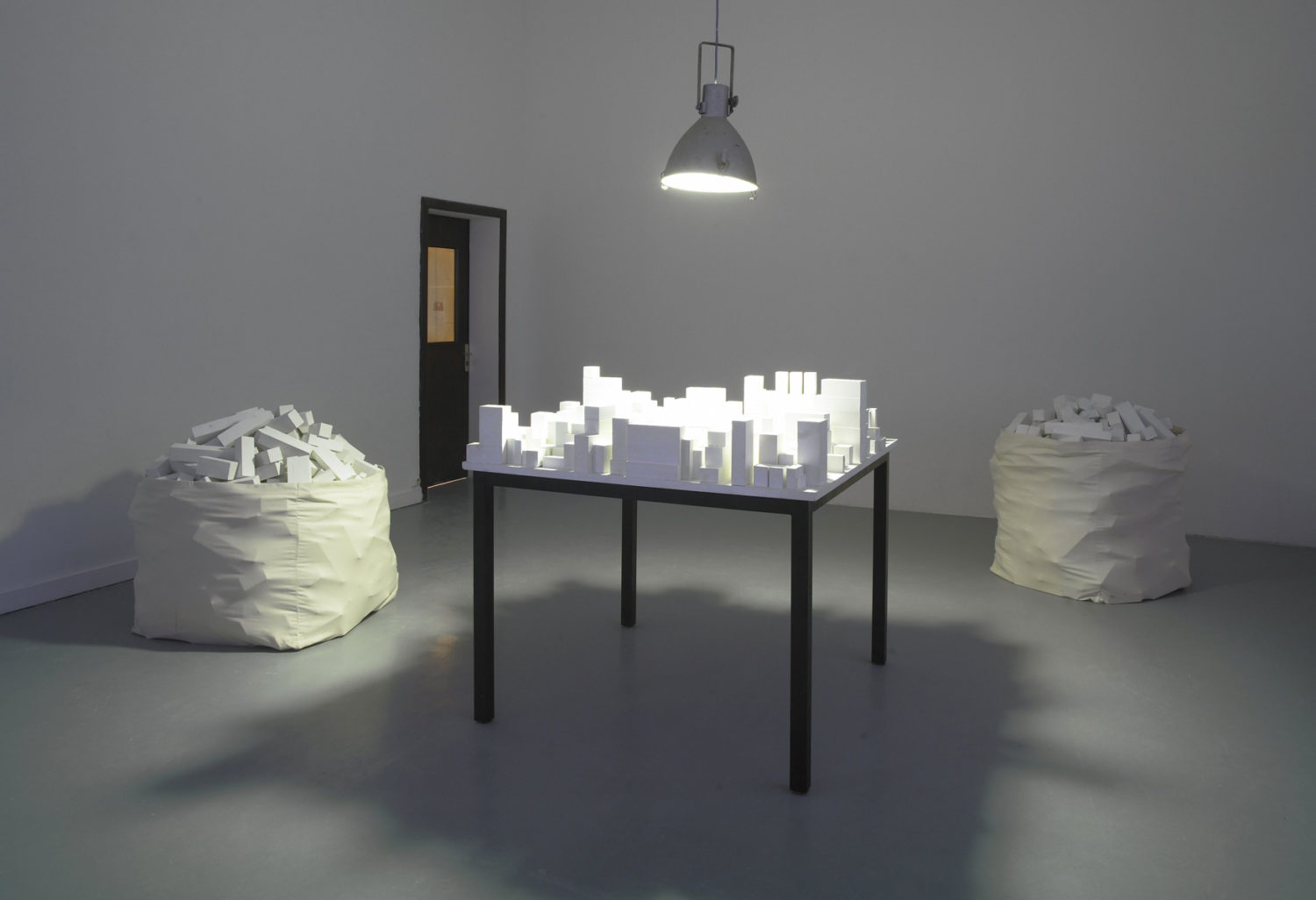 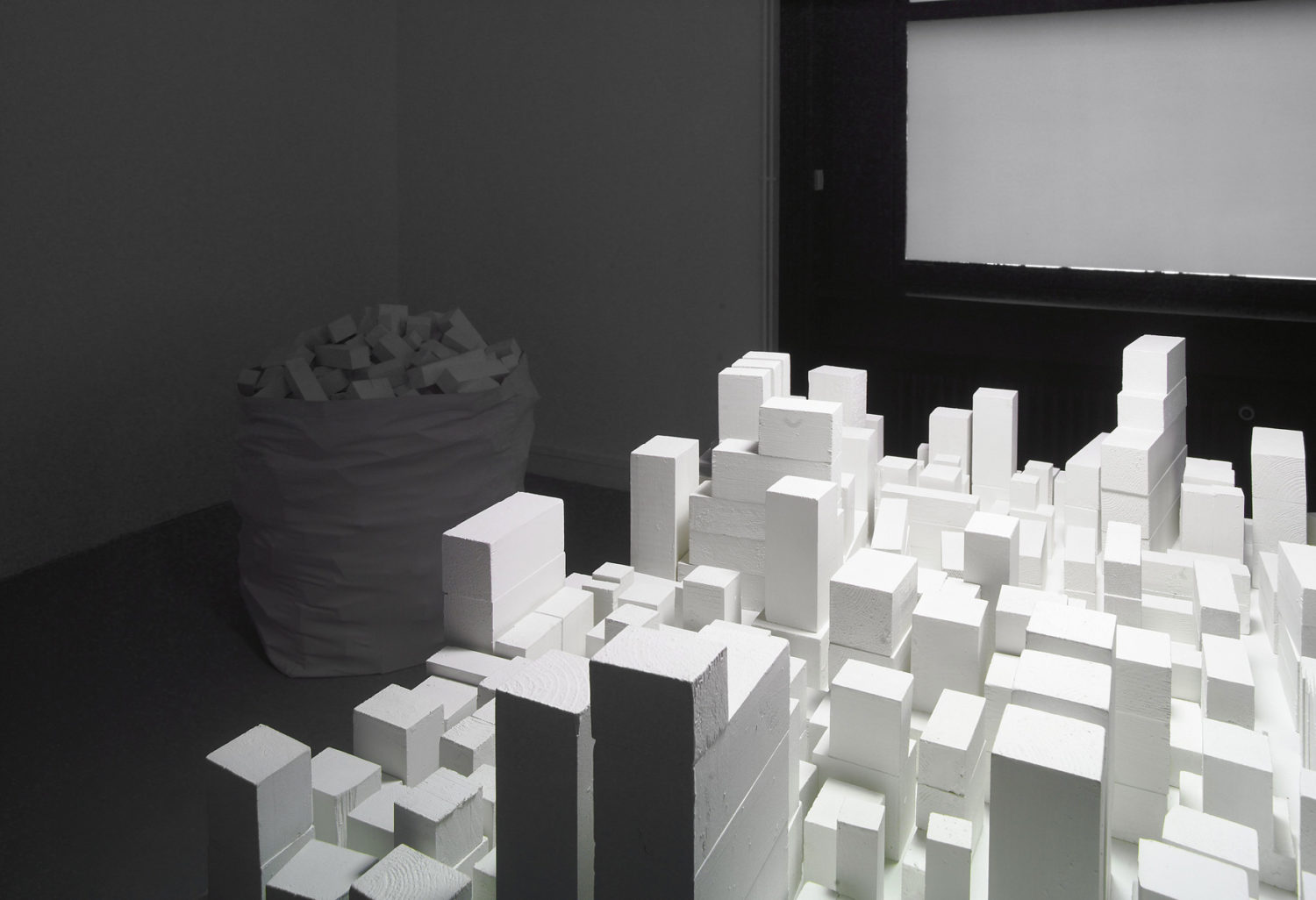 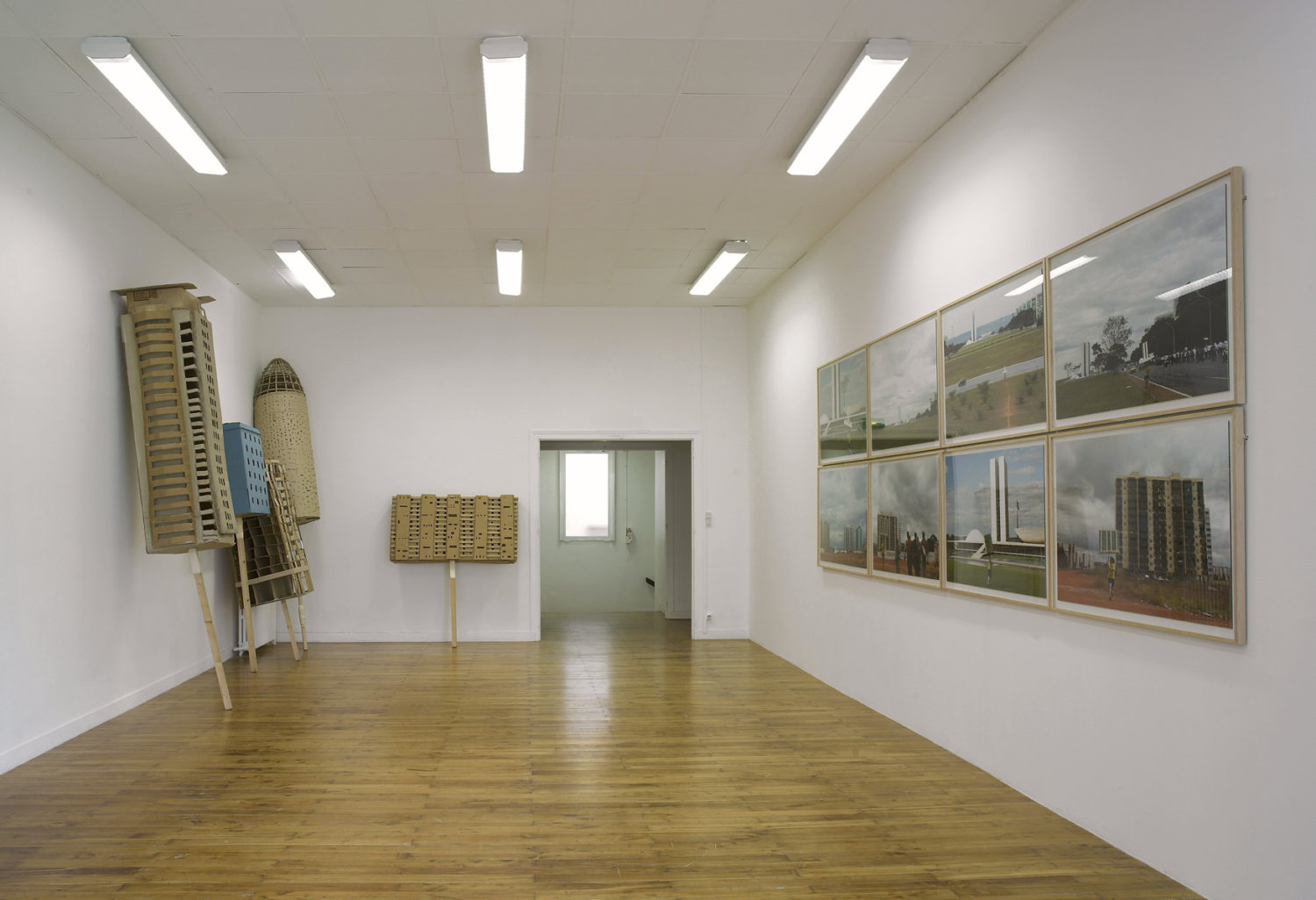 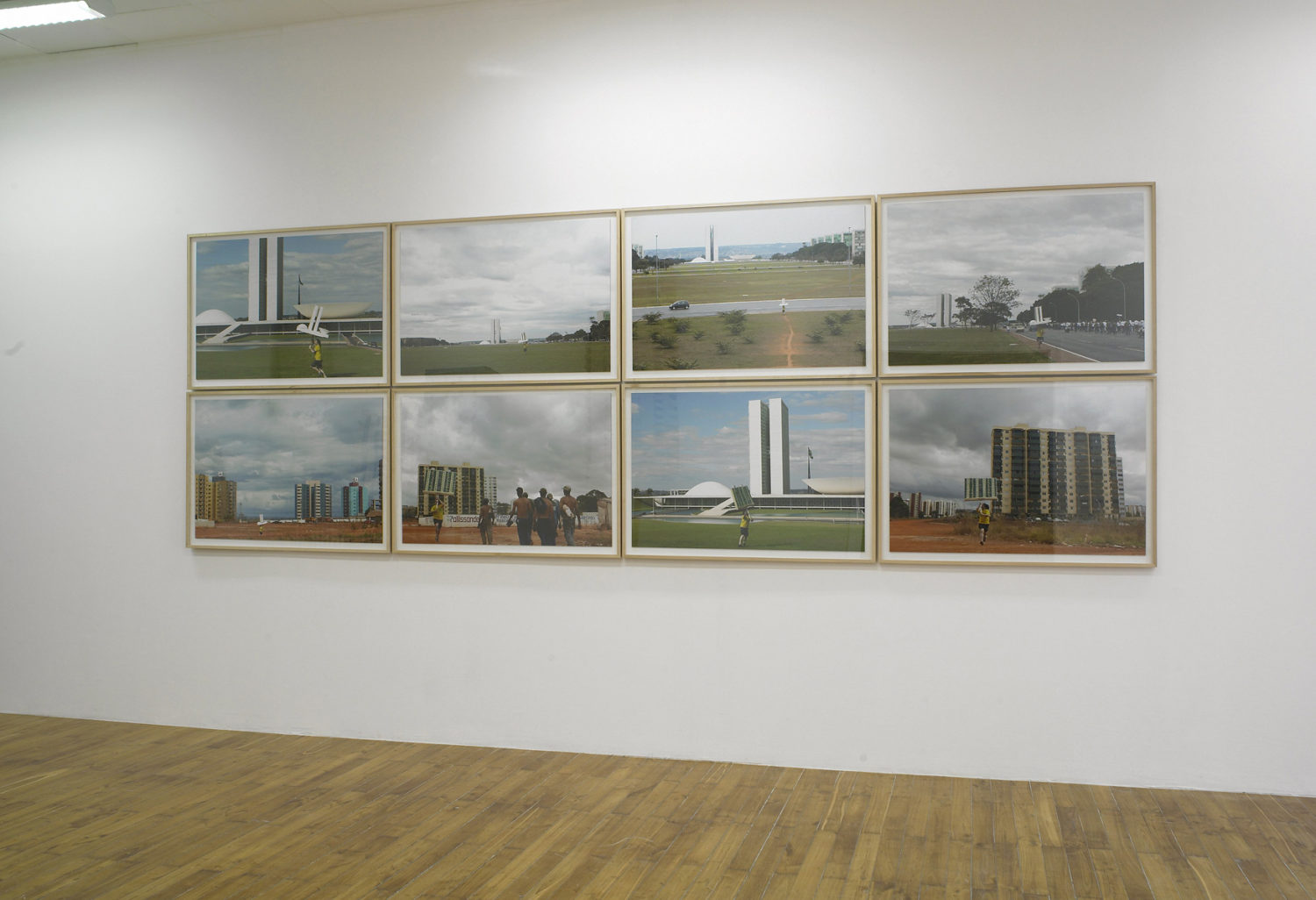 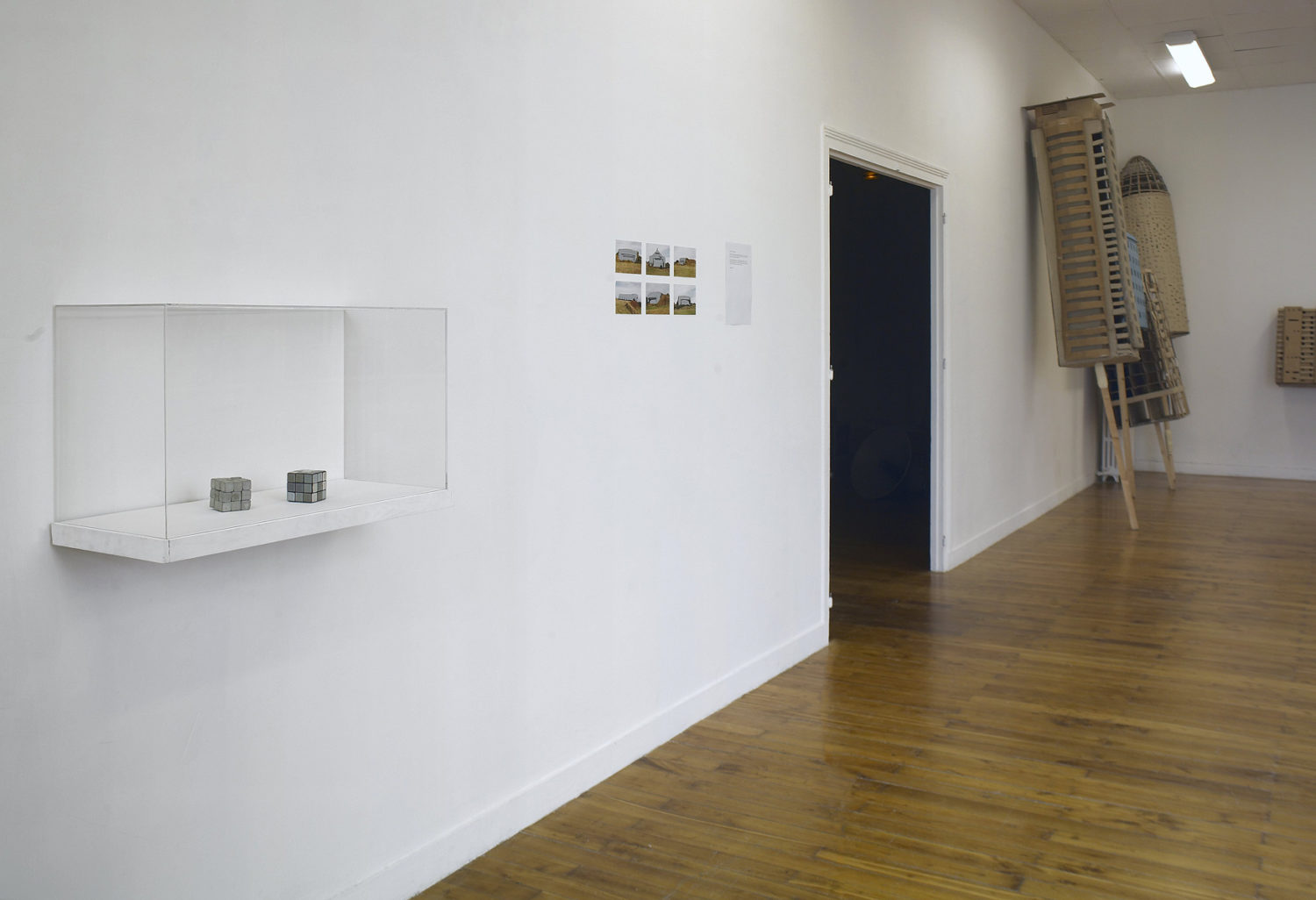 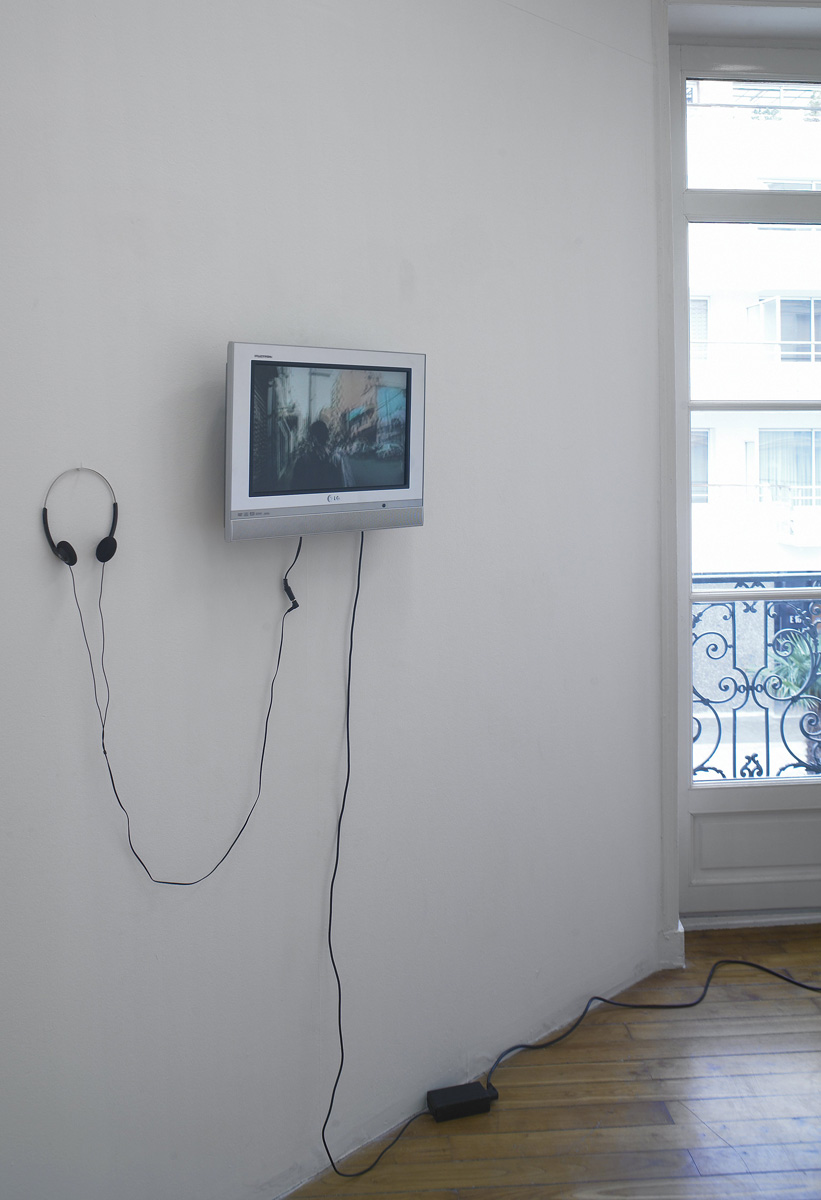 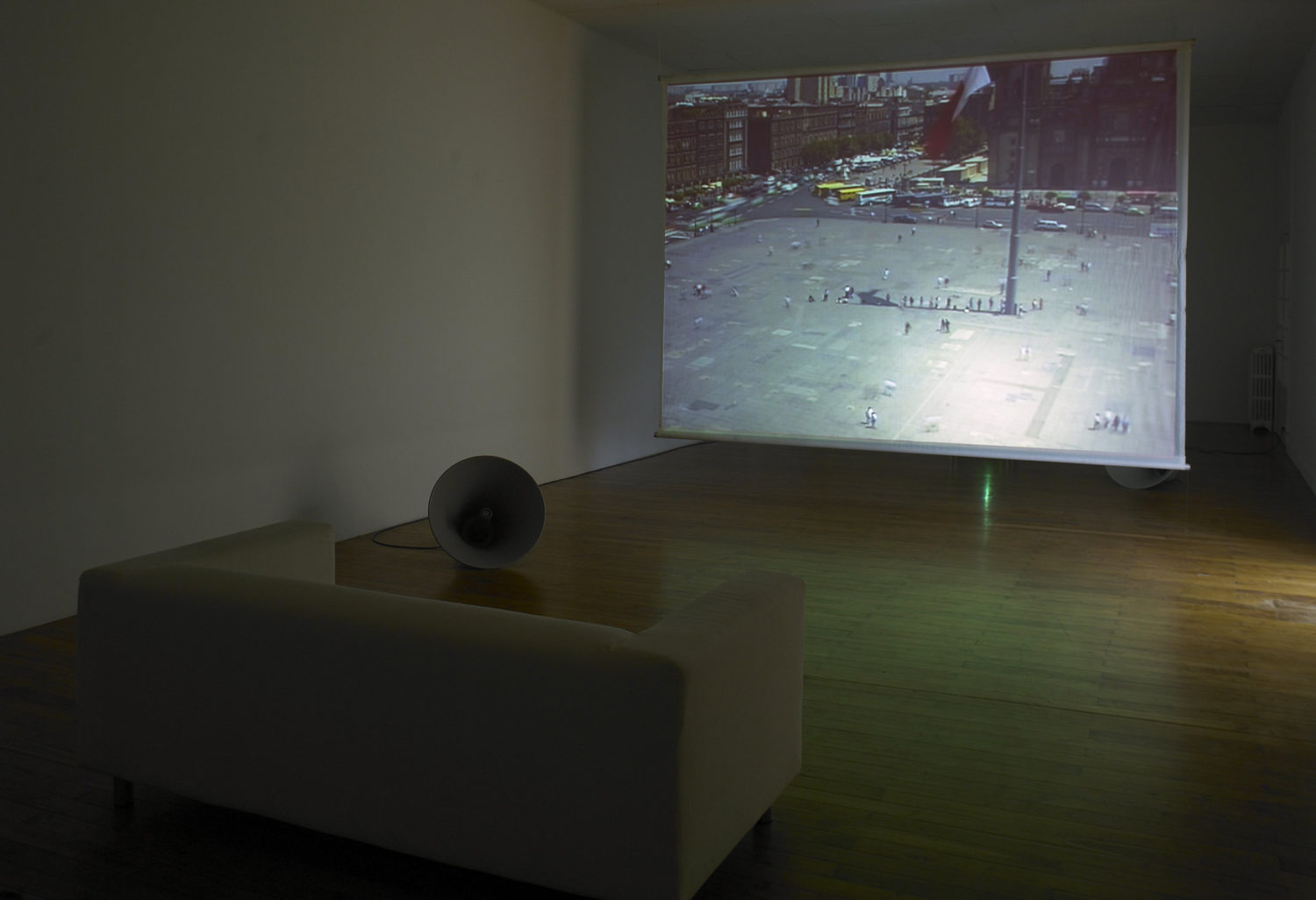 MODERN©ITÉ #2 brings together five artists (Francis Alÿs, Pedro Cabrita Reis, Marcelo Cidade, Jordi Colomer and Anita Molinero) who share a vision of modernity which is closely tied to the character of cities, particularly those in Southern Europe or Central and Latin America. Whether their work takes form in the making of sculpture, public actions, videos or photographs, the city is the space in which their different artistic trajectories meet, marked as much by Samuel Beckett, Kasimir Malevich, Gordon Matta-Clark, Hélio Oiticica as by Luis Buñuel. Using and appropriating the material that cities offer – spaces and architectures, litter and rubbish, the habits of residents and also those of passing visitors – these artists construct their personal vision of the urban environment and propose anthropological, poetic or critical approaches to the contemporary city.

Francis Alÿs
Francis Alÿs is Belgian and has lived since the 1980s in Mexico City, city in which he wanders and observes the social and political reality of the megalopolis. His discreet interventions in the urban space most often follow the meanders of his walks in the city. In this he is as much in the Situationist tradition as in that of the Fluxus artists. He lives not far from Zócalo, the old central square of Mexico City, and he often uses this as the theatre for his actions and observations. For Zócalo, May 22, 1999, presented in MODERN©ITÉ #2, the artist filmed for 12 hours the sightseers sheltering from the sun in the shadow of the pole at the centre of the square, from which flies the national flag. Throughout the day, they follow the movement of the shadow thrown on the ground, drawing a line more or less long and regular, like a sundial. In this way Francis Alÿs shows another rhythm and way of moving across the immense Mexican megalopolis.

Pedro Cabrita Reis
The Portuguese artist Pedro Cabrita Reis builds his work with industrial building materials, both high-tech (aluminium, glass, neon) and basic (wood, brick, cardboard), using minimal means, so as to bring to light the full meaning of the act of construction. For him, architecture has replaced nature, which previously served as a reference point and as a measure. In his work, ‘house’ and ‘city’ are metaphors for thinking a contemporary world that shows itself to us as fragments. In the apparent chaos of the real, Pedro Cabrita Reis seeks out the order that presides over all constructions; the signs of humanity and of thought, telling us about our ways of living in cities and of inhabiting the world.

Marcelo Cidade
Marcelo Cidade lives and works in Sao Paolo, his native city, intervening by way of small, almost imperceptible, actions signalling special territories. In this way he reflects upon the way in which each person inhabits and appropriates the city. He is particularly drawn to anonymous creations and gestures in the public space: graffiti, marks left by the homeless… His minute interventions subtly modify everyday experience, only being seen by those that use the spaces. In the exhibition space, the opposite process is set in motion, the city comes in as fragments, most notably in the use of concrete in his sculptures and installations, where the material is considered not only as a symbol of modern architecture (Le Corbusier), but also in its grey colour with which he covers, for example, photos of the emblematic bunkers of Saint-Nazaire.

Jordi Colomer
After having worked with objects associated with private spaces in the 1980s, Jordi Colomer investigates in many of his sculptures and videos the relationship between architecture and decor. Where is the dividing line between the two? At what moment does architecture become decor? Can decor be lived in? In Anarchitekton (a reference to Malevich’s Architeckton), a series of videos constructed as work in progress, he shows a character carrying cardboard scale models of notable or ordinary modern architecture in Barcelona, Bucharest, Brasilia or Osaka. In front of the original building, the individual holds up his derisory cardboard model like a demonstrator. He seems to simultaneously denounce the reality of these constructions and to celebrate the utopia that they once upheld.

Anita Molinero
Travelling across the city in this way, the backdrop becomes something close to a fiction. Anita Molinero’s works made from plastic, cardboard boxes, bin liners, concrete, etc. are specifically located in the field of sculpture. During the 1980s and 1990s, she made sculpture from waste materials (boxes, polystyrene) using a simple range of gestures. These sculptures, often laid on the floor, recall particular street forms, such as the shelters of the homeless, without making laboured references. At present, this ‘street sculpture’ is more a sculpture of ‘urban threat’. The contemporary materials used by the artist (plastics, polystyrene, synthetic materials) have a strange quality, something invisible that questions the place of humanity in the present-day world of the megalopolis where reality and science fiction seem to co-exist.

Francis Alÿs
Born in 1959 in Antwerp (Belgium).
Lives and works in Mexico.

Pedro Cabrita Reis
Born in 1956 in Lisboa (Portgual) where he lives and works.

Marcelo Cidade
Born in 1979 in São Paulo (Brazil) where he lives and works.
The artist is represented by the Galeria Vermelho.

Jordi Colomer
Born in 1962 in Barcelona where he lives and works.

Anita Molinero
Born in 1953 in Floirac (France).
Lives and works in Marseille.
The artist is represented by Galerie Thomas Bernard Cortex Athletico.