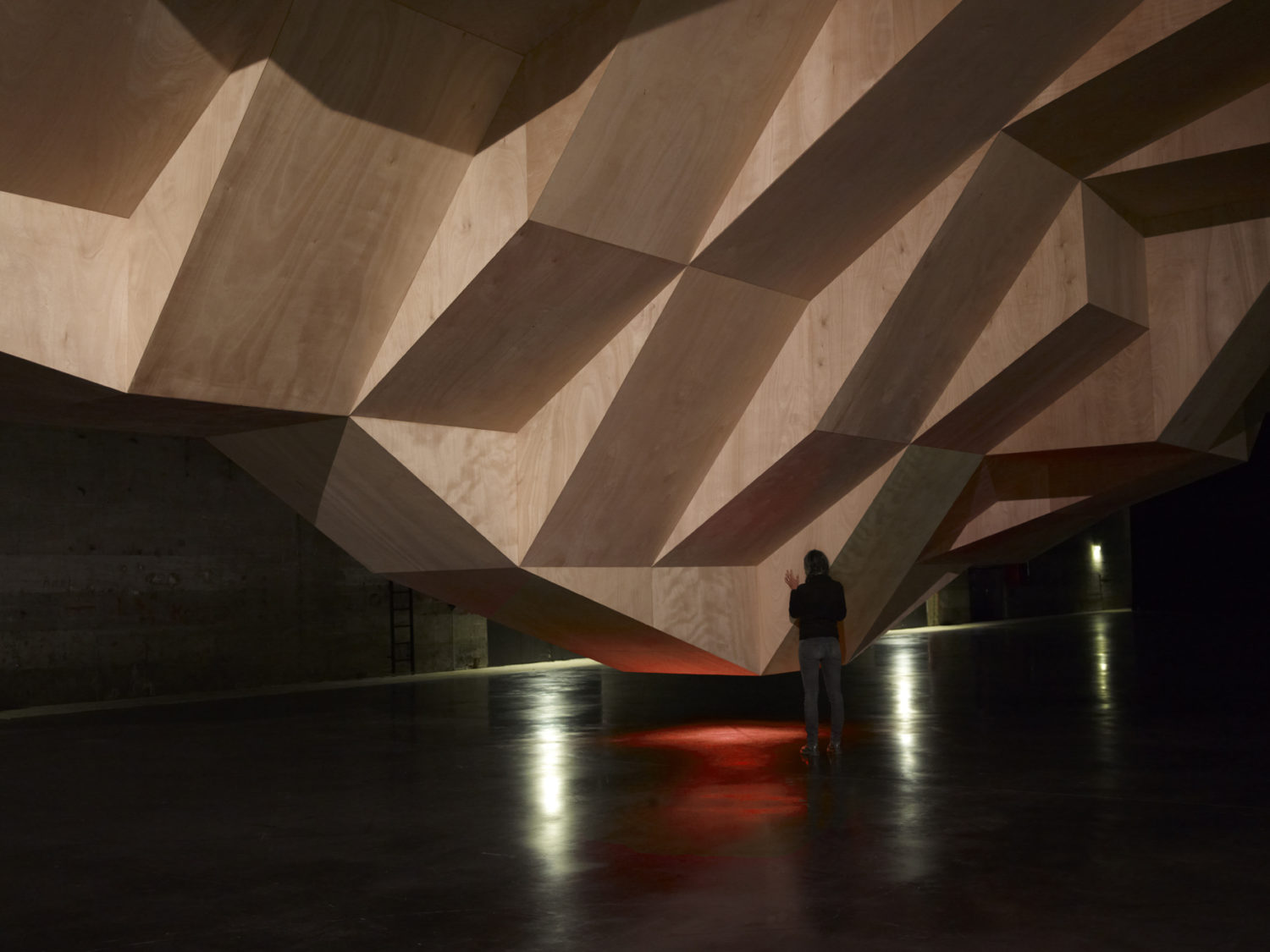 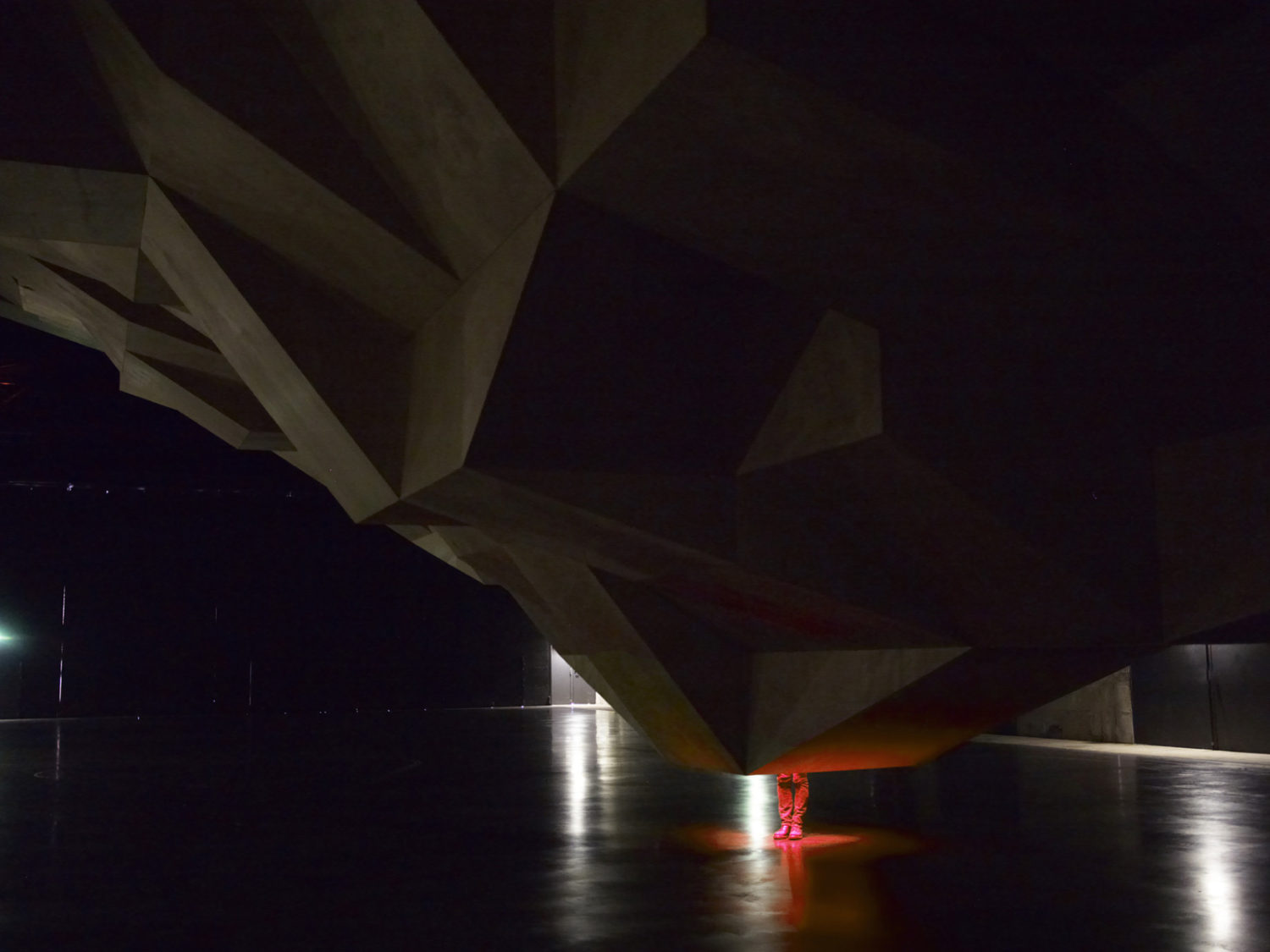 The Chapuisat Brothers empirically constructed utopian projects operate on the frontier between sculpture and architecture, physically engaging with space. A rhizomatic burrow, a labyrinth, the Tower of Babel, a permeable excrescence, a grotto or a belvedere: their work often has an ambiguously attractive compartmental form that is at once a comfortable nest and a claustrophobic trap, a protective coating and an incitation to mobility and improvisation.

Whatever the conditions under which the piece might be made (interior or exterior, monumental or on a more modest scale), The Chapuisat Brothers consistently explore the vocabulary of the ordinary DIY enthusiast: cardboard and builder’s timber, batten, beams and giant rough-cut trunks, putting it to brutal and frequently expansive use but without rejecting the rigours of geometry. So, in the Chapuisat’s world, improvised childhood dens interbreed with monumental polyhedrons.

Their installations behave as a revelation of landscape and a metamorphosis of the exhibition space. This last becomes an experimental building site or even a living space: with Intra Muros, the partition wall presents itself as lodgings, and with Avant-Post the visitor sees how its abundance of planks on posts shelters the artists and their tribe for the duration of the show. With them, sculpture is alive; it can spread and come close to a saturation point (Cryptomnesia) that bars public access. It always hints at hidden universes in which the body reinvents itself. This is the case with Hyperespace [Hyperspace], where, inspired by one of Kafka’s short stories, the duo invaded the art centre of Saint-Gall with six tonnes of cardboard and constructed a kind of giant gut. The spectator finds herself faced with a partition, doted with a tiny entrance into which she can choose to slide. She penetrates, into a black hole, and follows her entire route in obscurity, laying down, crawling, on all fours…

The Chapuisat Brothers like these acts of diving into another world: for them, the sensory reception of the work passes in priority through the performative experience, touch, hearing and smell. In Saint-Nazaire, they soak in the troubling atmosphere of the submarine base to replay an adventure first lived in 2007. At the LiFE, the dizzying installation Métamorphose d’impact #2 shows itself slowly, hiding in semi-darkness. A strange suspended graft, the object attracts and provokes analogies: a pixelated concretion, a vessel in weightlessness, a wedged iceberg, a lost meteorite, an overturned volcano… The stylised mound also reminds us of Raymond Roussel, for whom the mountain is, by analogy, the body, “this temporary habitation destined to transport us elsewhere”. This cryptic body-sculpture (a skull?) invites the public to explore its intimacy: if the visitor attempts the experience she discovers a golden crater, a sealed cell diffusing a palpitating infrasound. It is as if The Chapuisat Brothers had captured, in this minuscule space and outside of time, a treasure of telluric energy and all the original light of the universe.