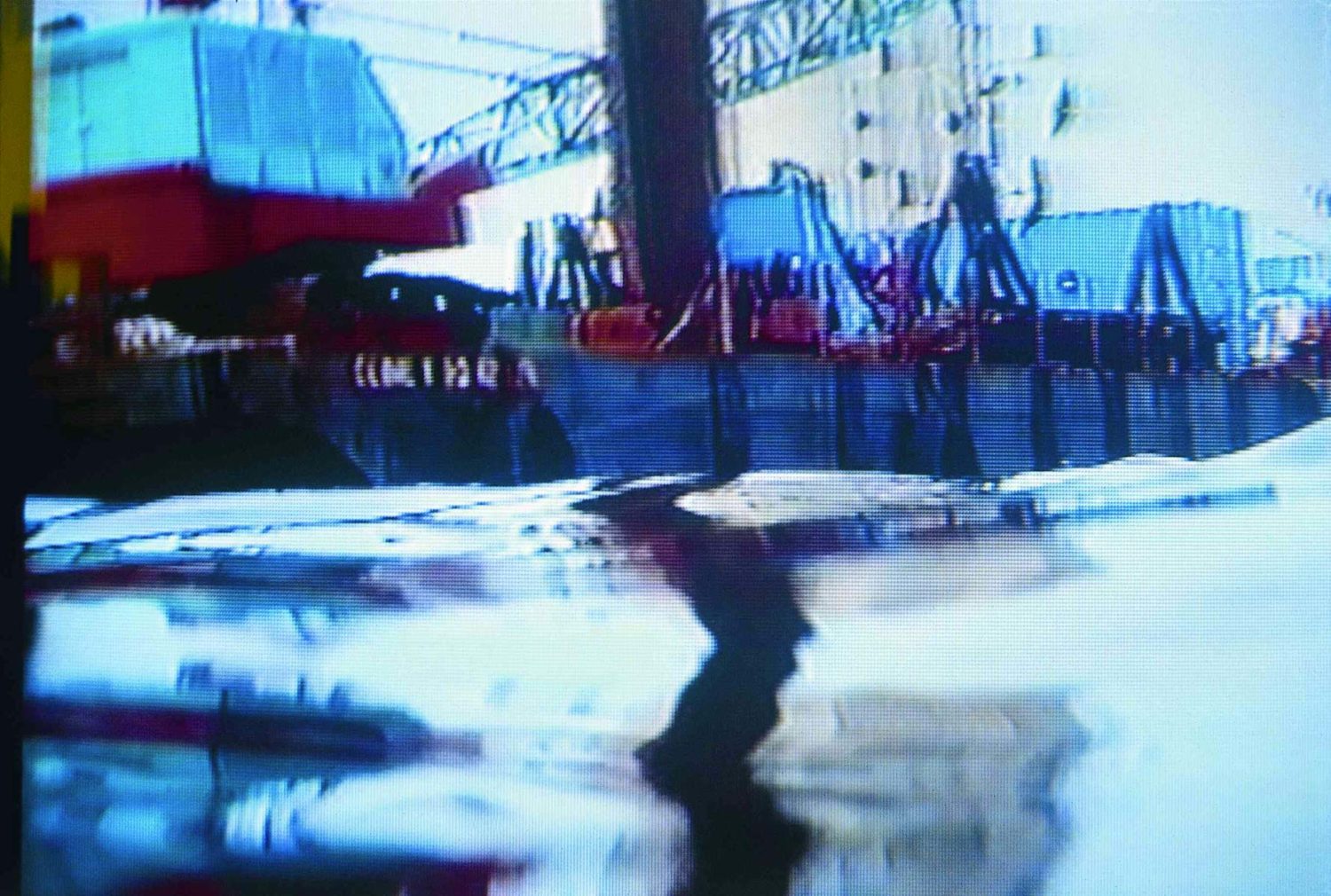 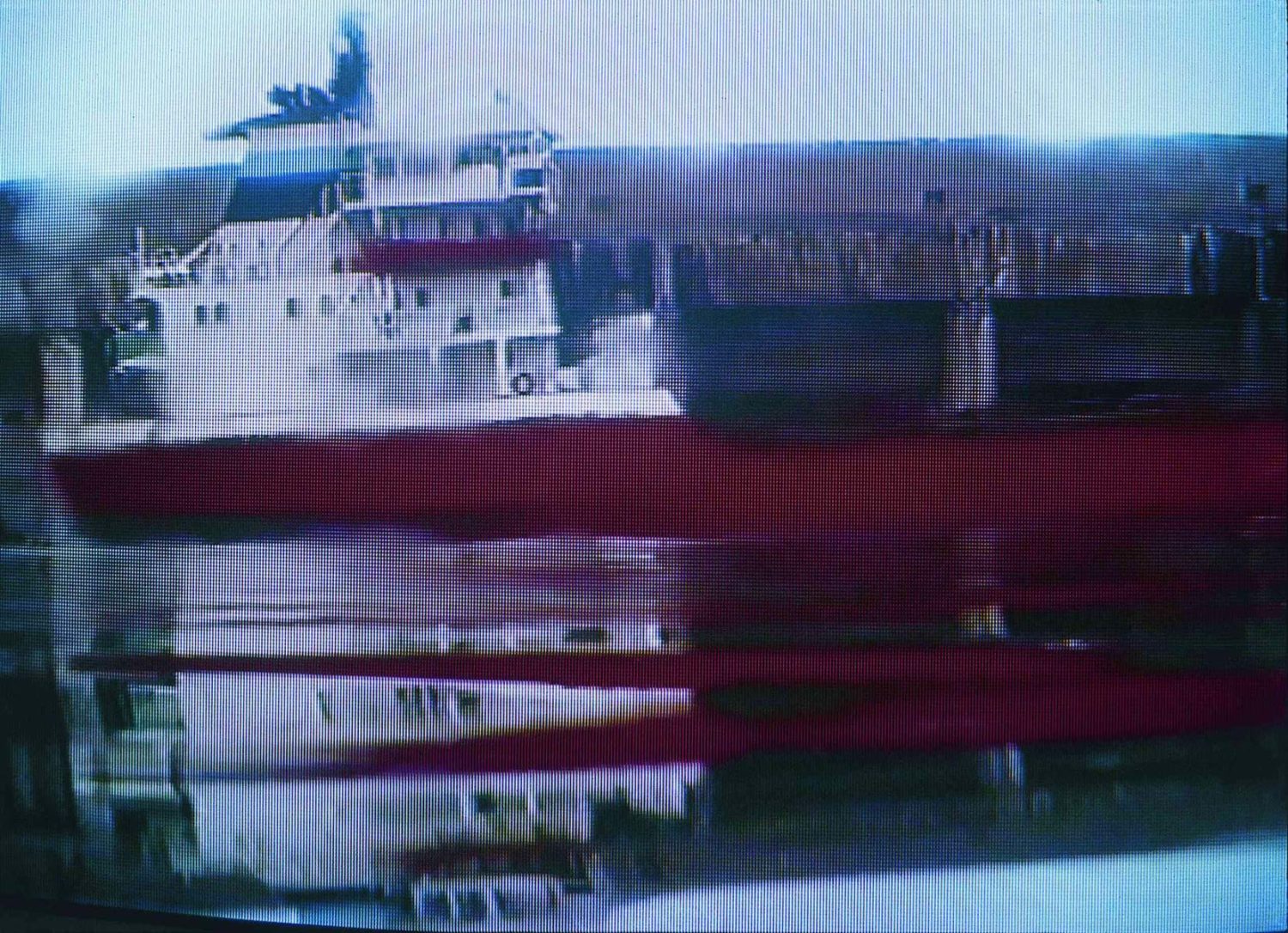 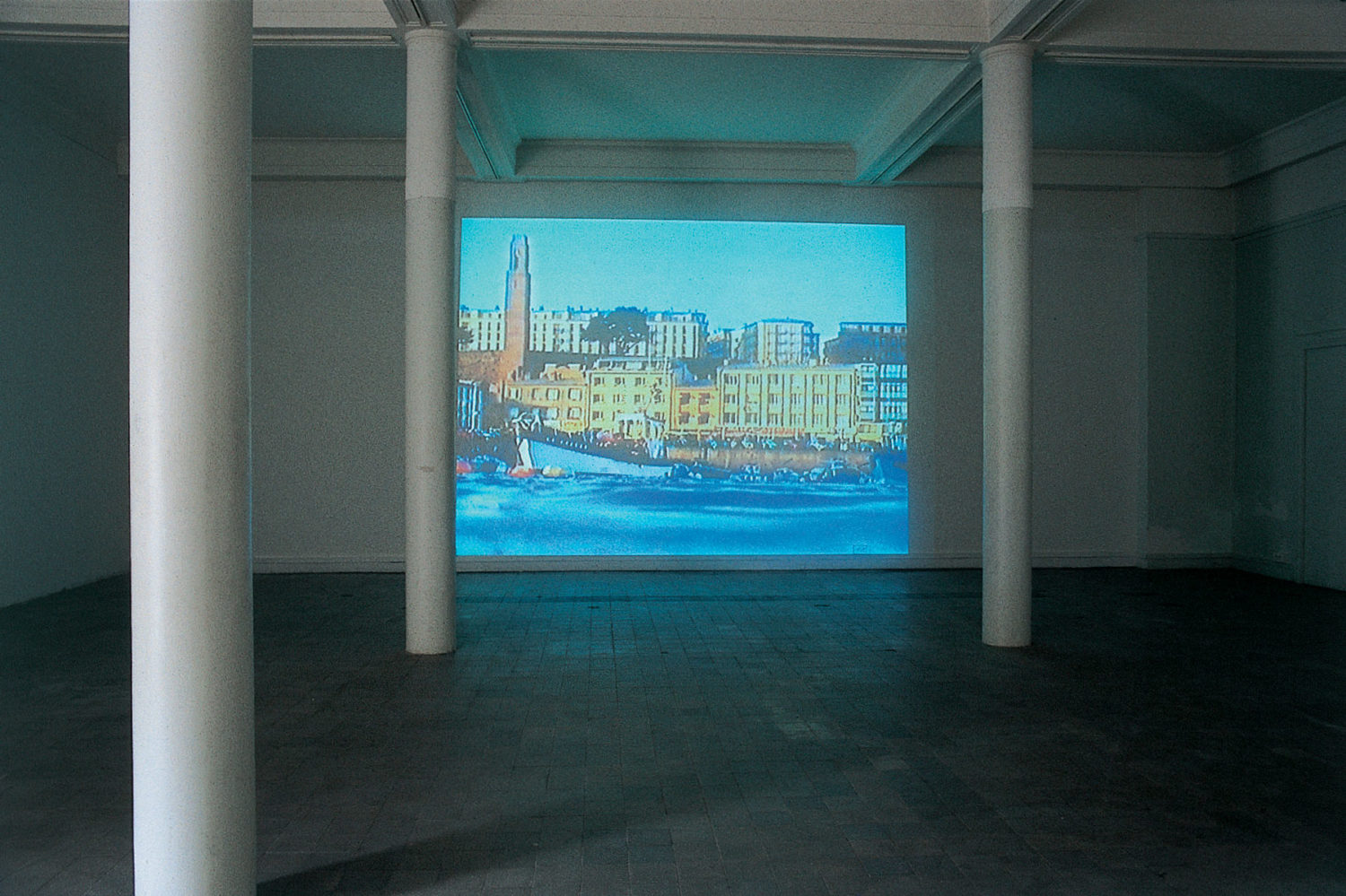 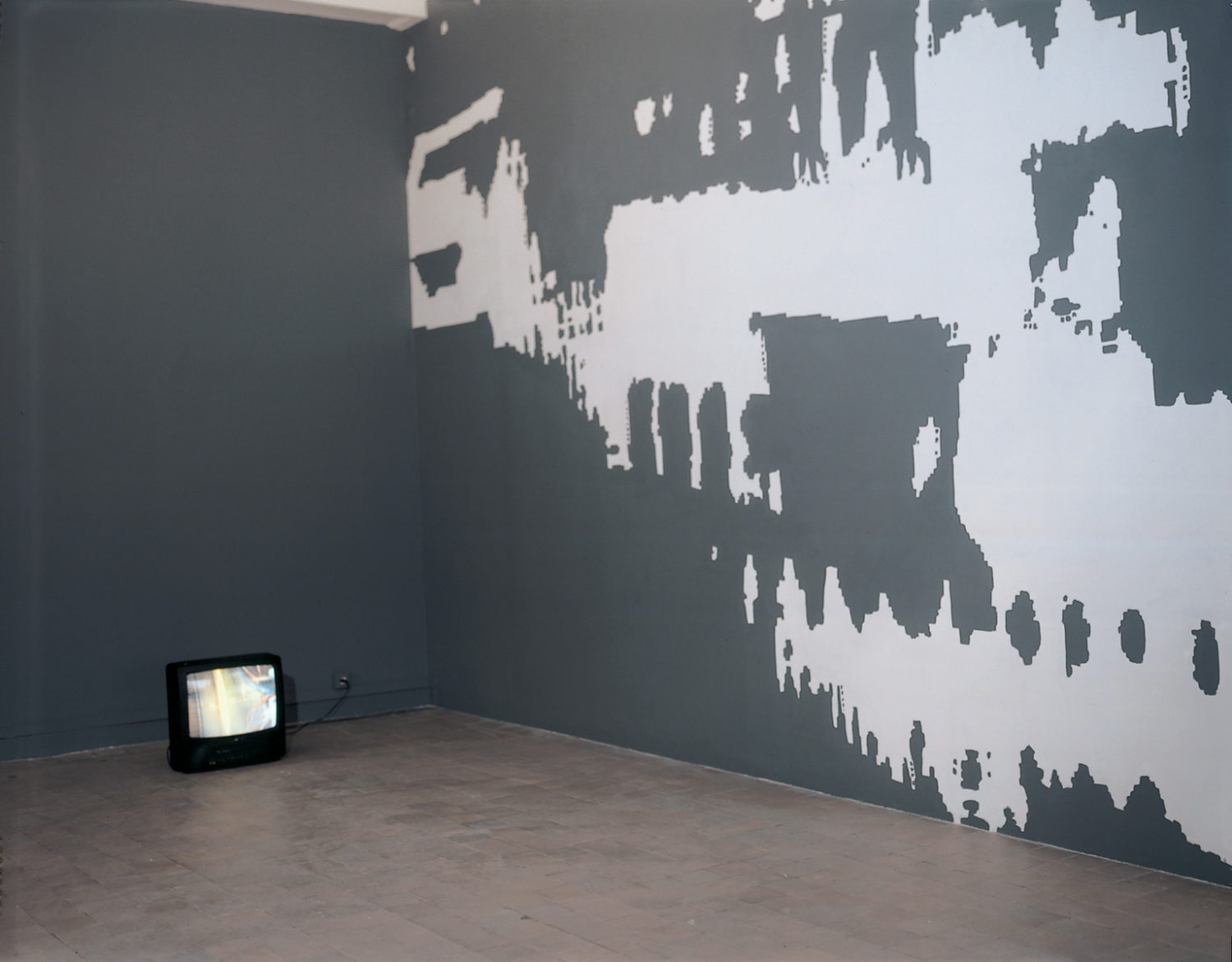 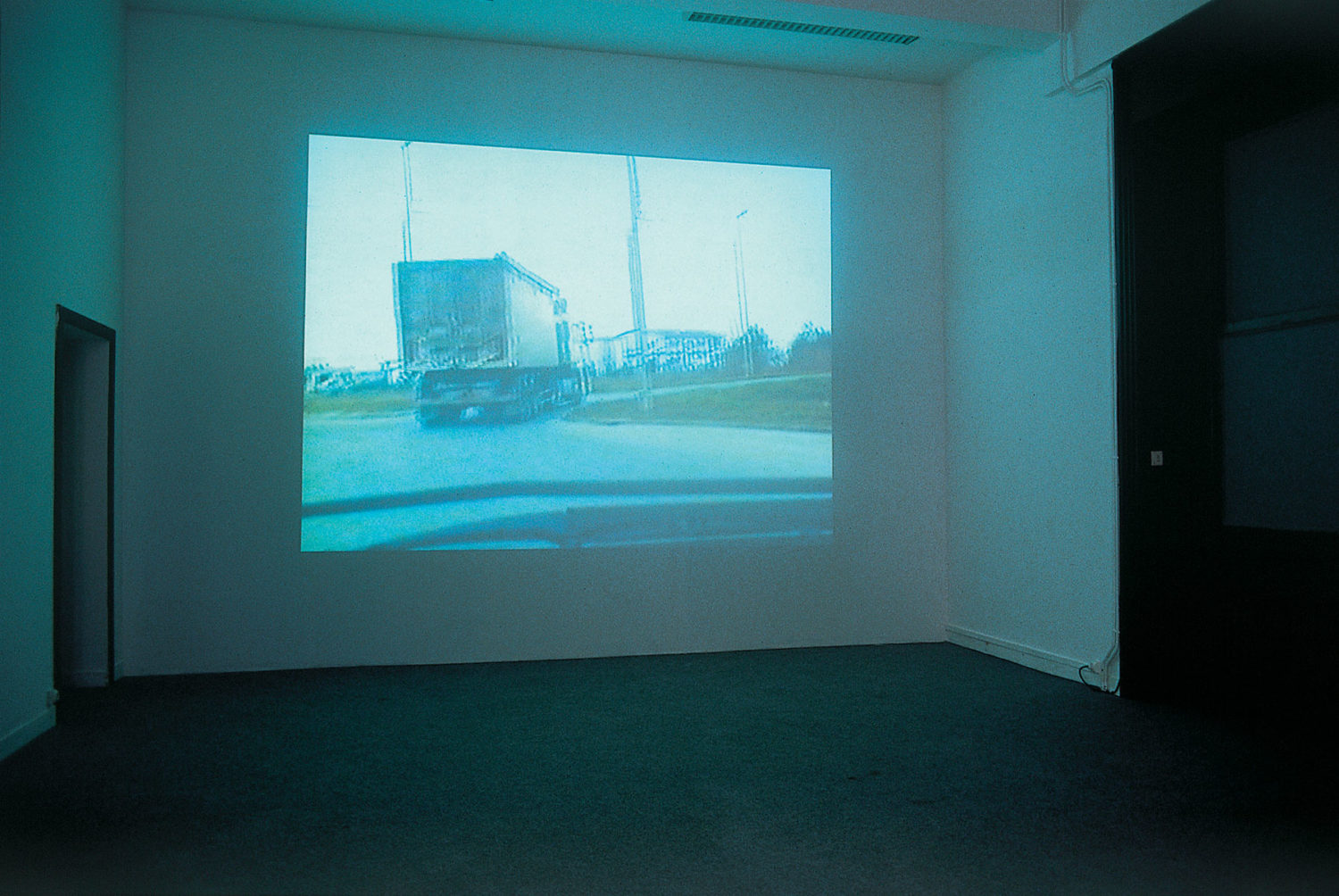 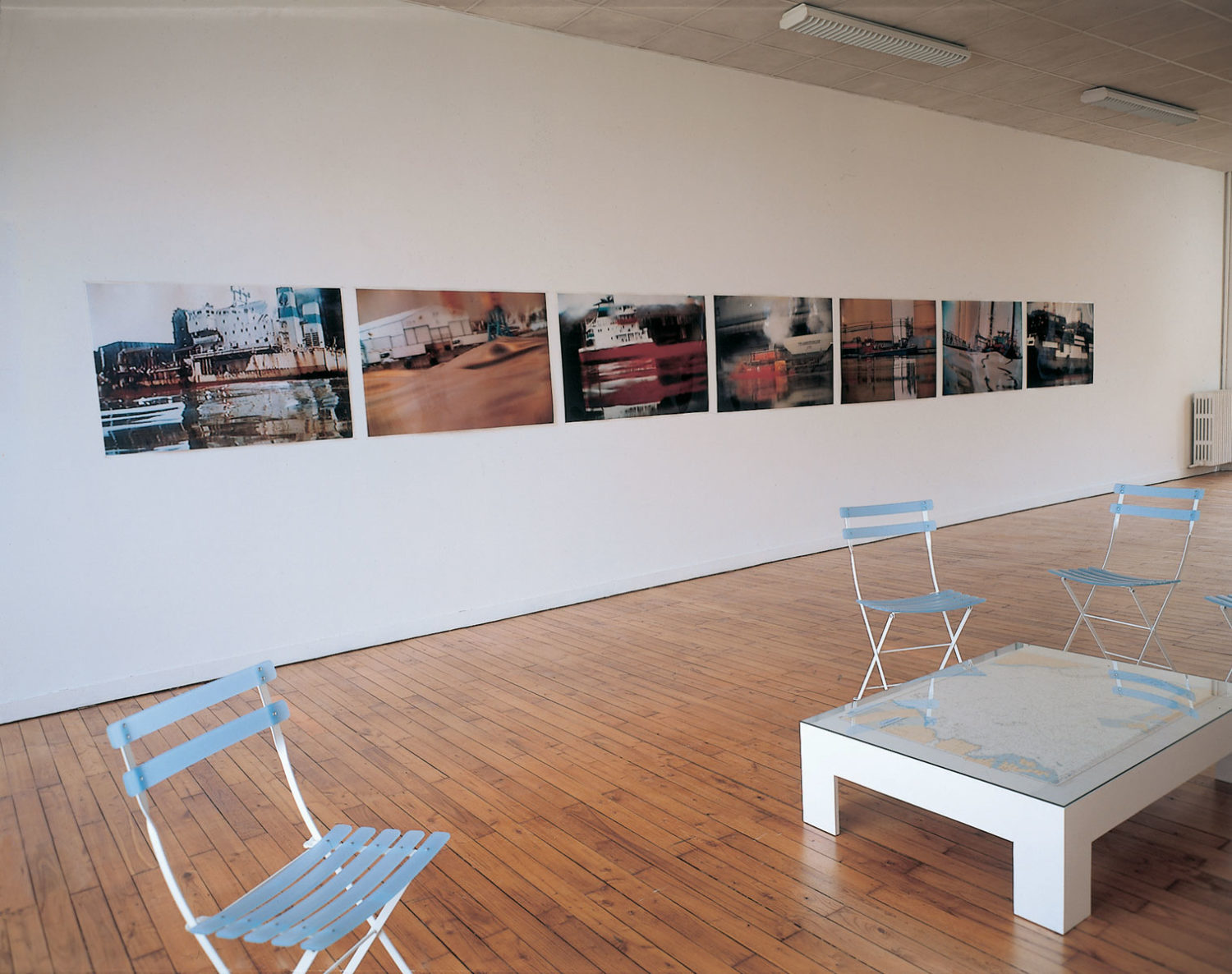 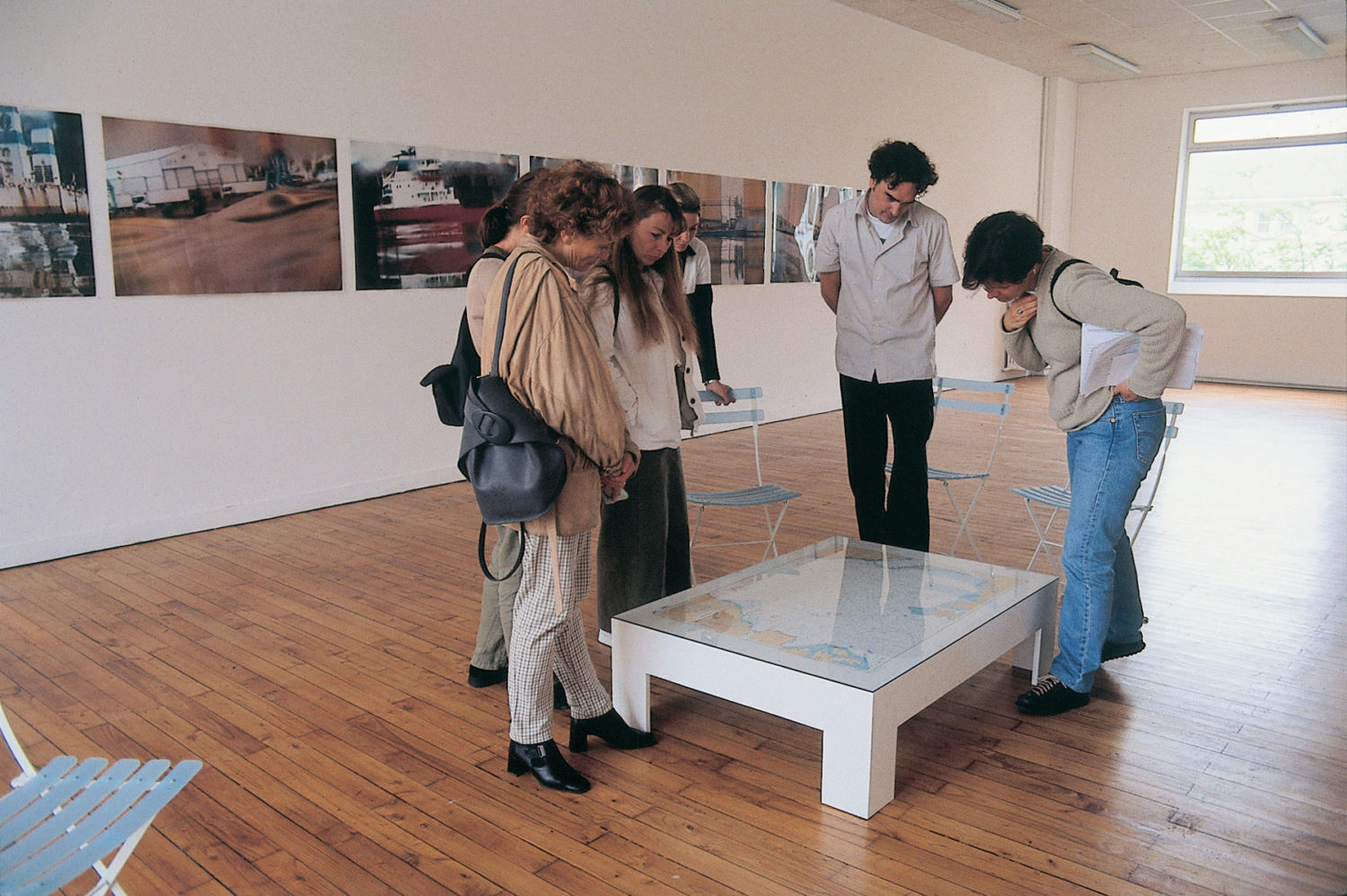 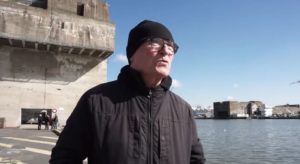 Marcel Dinahet’s work addresses supposedly difficult, even ‘impossible’ themes at length: location and the natural world. In 1991, he discovered the use of video images as an autonomous sculptural element and stopped producing three-dimensional objects. His work since then has concentrated on observing underwater sites and the coast in general, all the while rebuilding a sculptural language through editing, placing sound elements and structural work on images that are ‘objective’, because not determined by the artist’s gaze and point of view. He effectively privileges ‘natural’ shots, such as letting his camera float on the water, at zero elevation on a map, in the basins of the port of Saint-Nazaire, Bilbao, Lisbon, Brest or Rotterdam.

Begun in Saint-Nazaire and extended in Lisbon, Bilbao, Brest, Saint- Malô and Rotterdam (the order of the images corresponds to the chronological order of the artist’s movements on the sites), the Flottaisons project therefore deals with the port as a space where two worlds meet: the directly visible world and a world below the flotation line. The shots at water level disrupt our understanding of space and the codes that construct it: stability/ movement, weight/suspension, volume/surface, matter/colour… The surface of the water acts as an interface through the reflection that doubles space. This arresting vision of the port conveys a specific spatial fragilitý.

Born in 1943 in Plouigneau, Finistère.
Lives and works in Rennes.