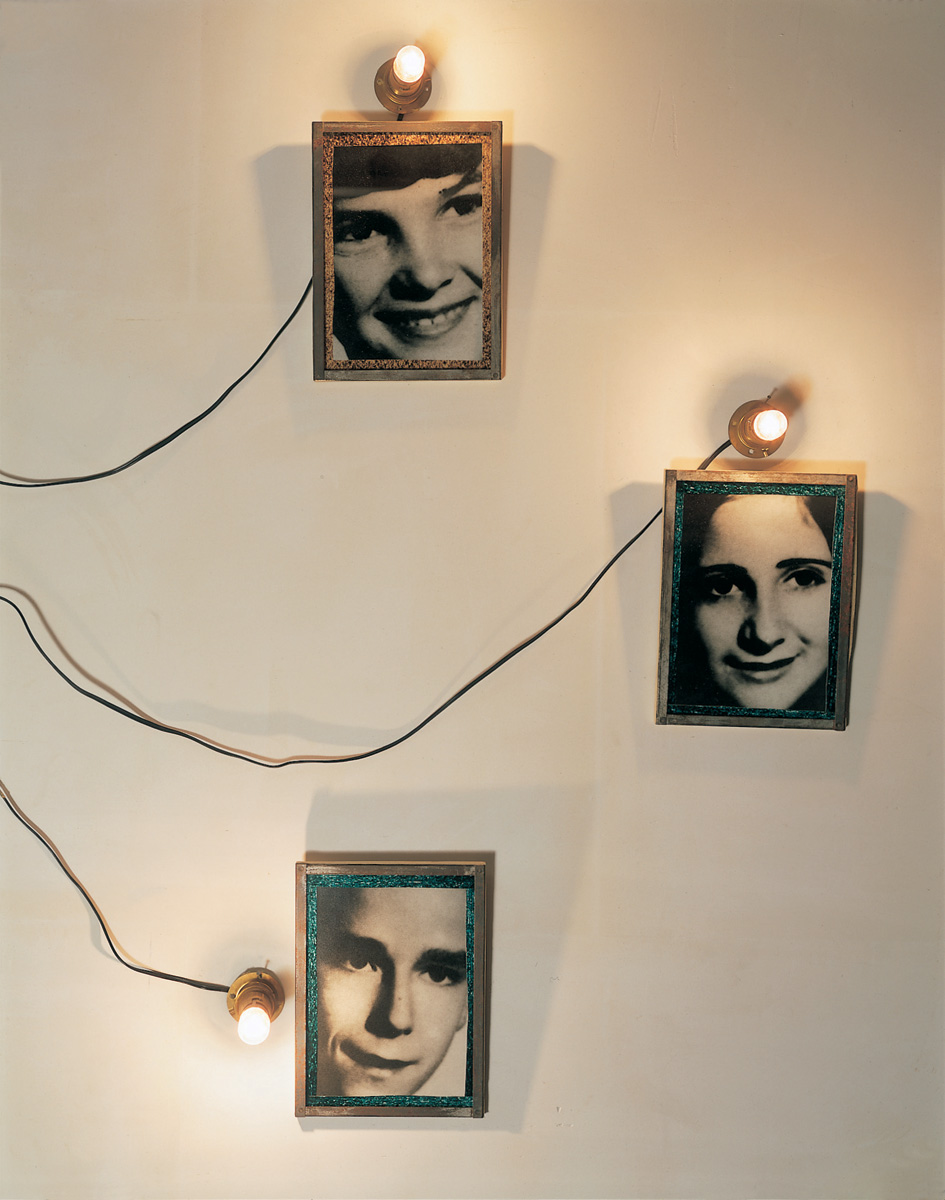 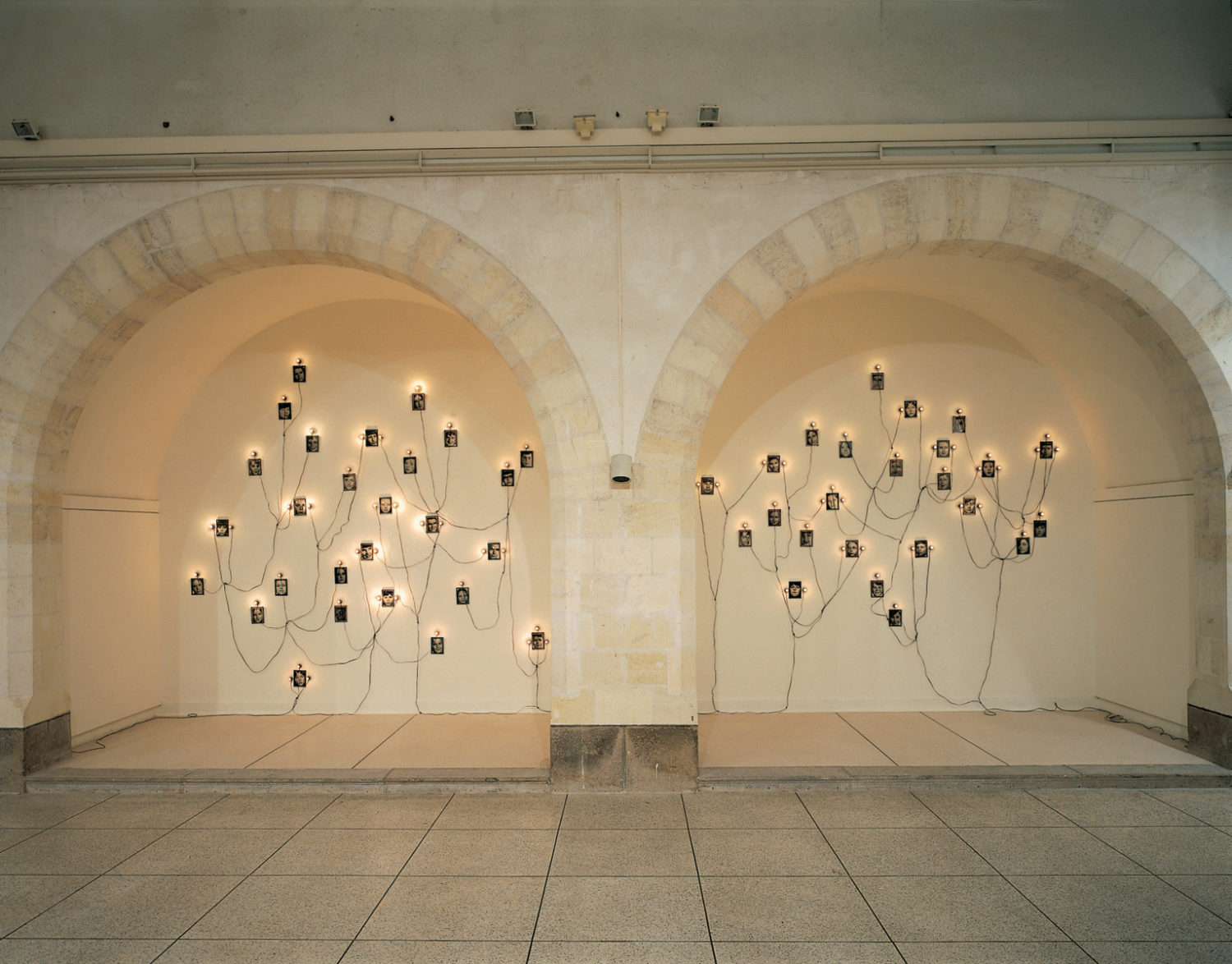 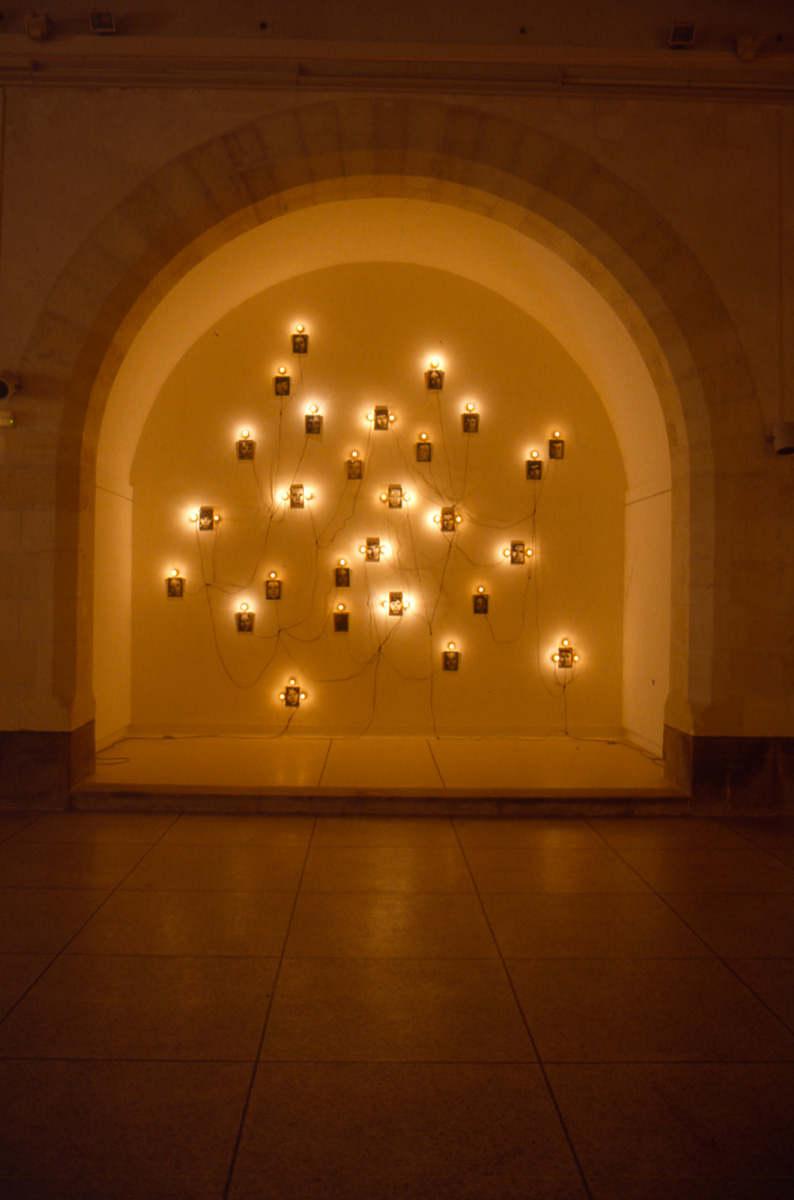 For an exhibition in 1985 at the Consortium contemporary art space in Dijon, Christian Boltanski created an installation of variable dimensions entitled Les Enfants de Dijon [The Children of Dijon]. The work is made up of 143 portrait photographs illuminated by one or more bulbs and joined together by a web of electrical flex.

Generally exhibited in a darkened space, Les Enfants de Dijon evokes Byzantine icons; the ̀lamps suggest candles and the photographs of Christmas wrapping paper that border each portrait recall gold, copper or tin. Its scale adapting to the exhibition site, the installation reveals the space bathed in a soft golden light that encourages intimacy and prayer.

In 1986, Christian Boltanski was invited to the Venice Biennale, for which he presented a new version of Les Enfants de Dijon in the former prisons of the Doge’s Palace. The work found its fullest expression in this historically and tragically loaded site. That same year, it was shown at the Chapelle de la Salpétrière iǹ Paris.

These last two presentations mark an important turning point in the way he thought about his installations. He now begins to use all the space, treats the work as an entirety and brings in the idea of the monumental.

Born in 1944 in Paris.
Lives and works in Malakoff (France).