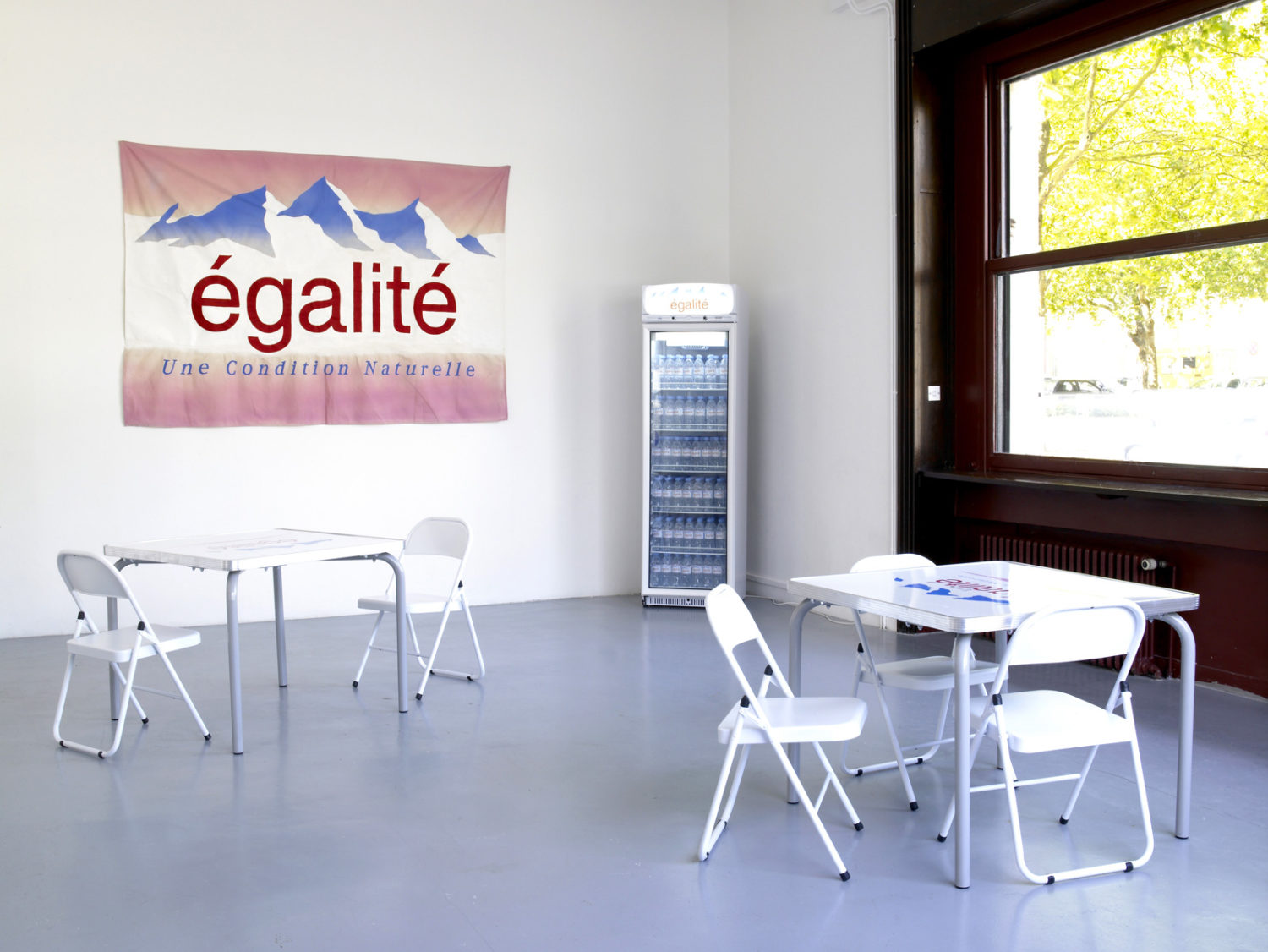 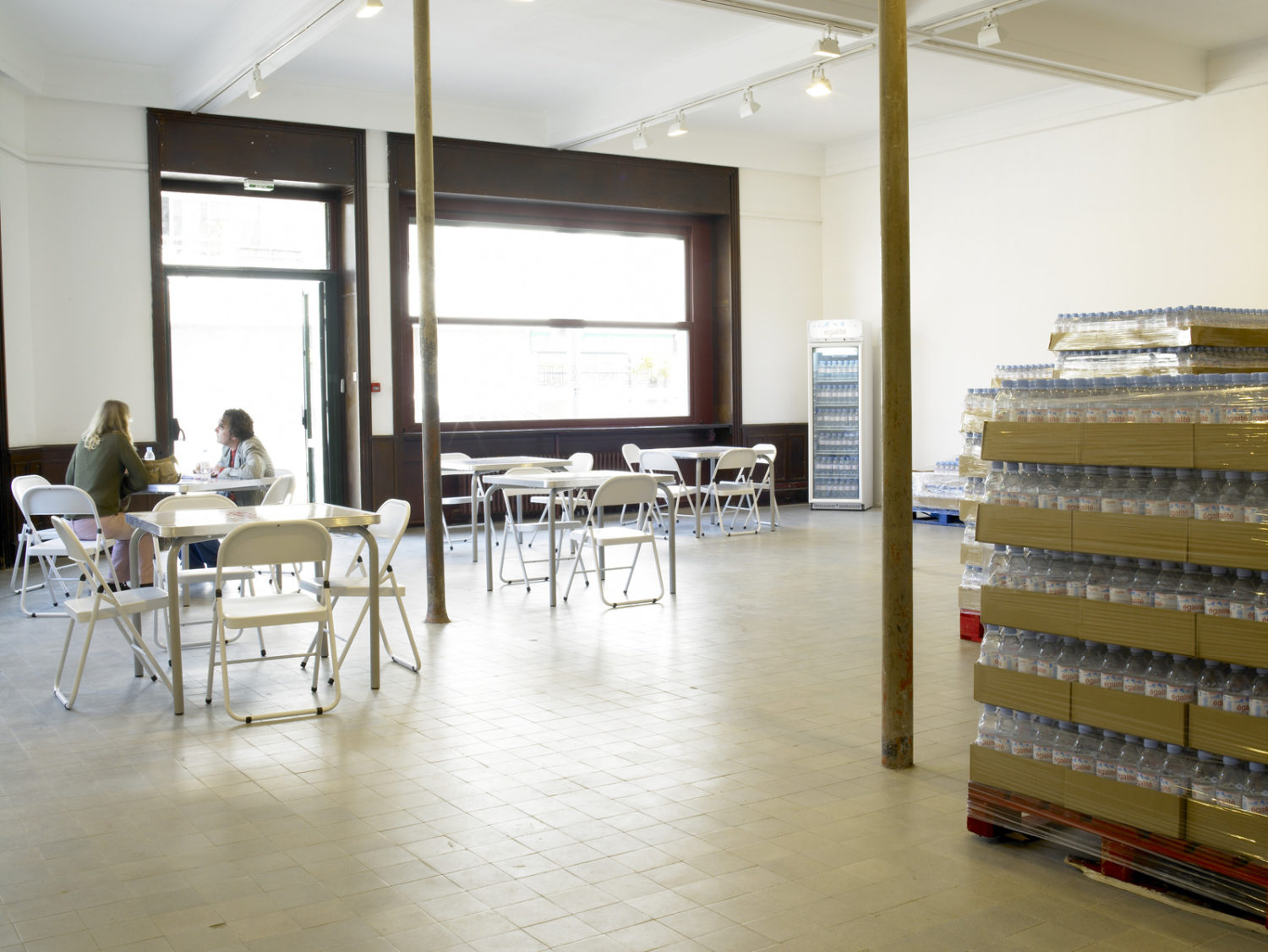 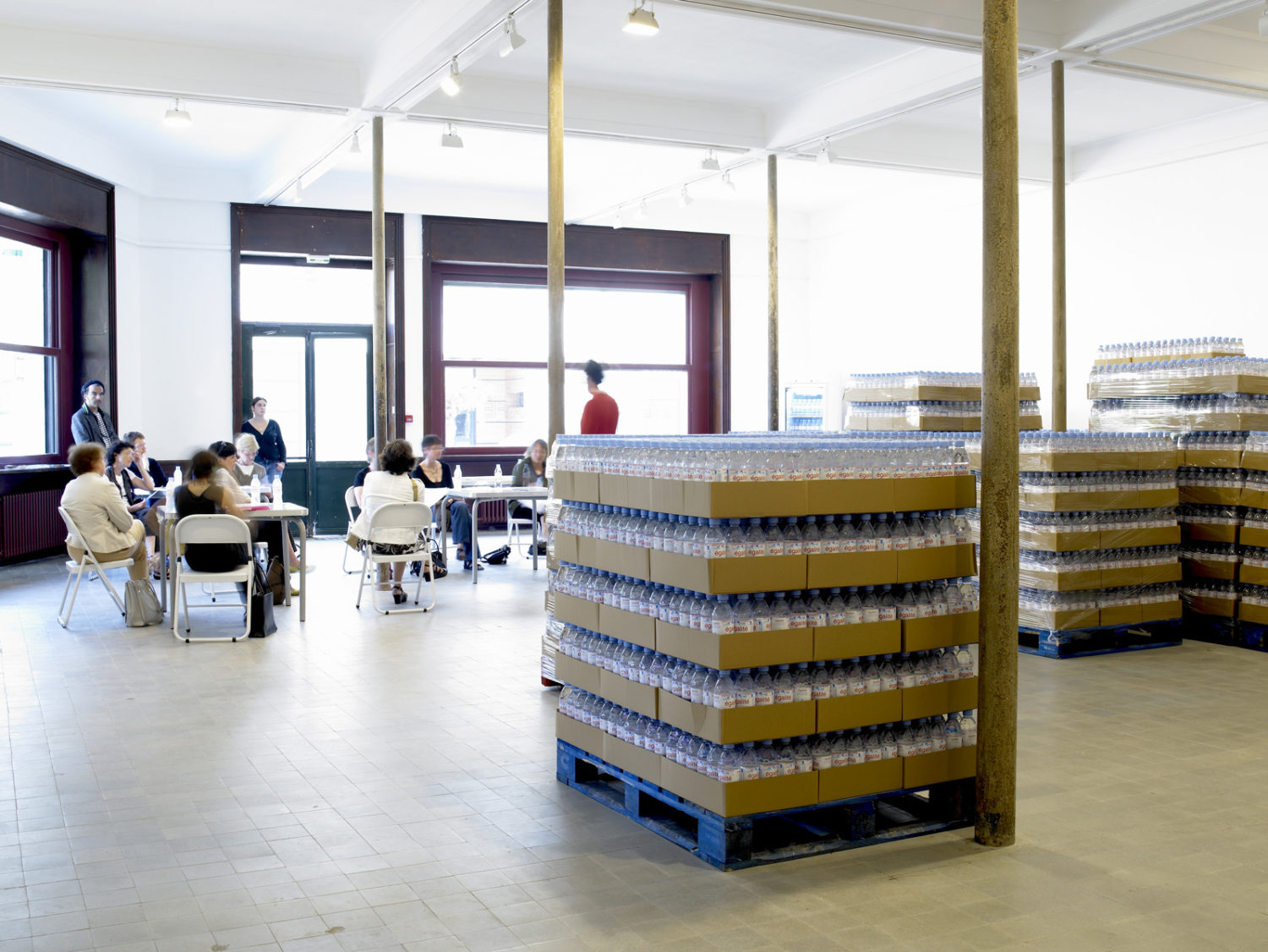 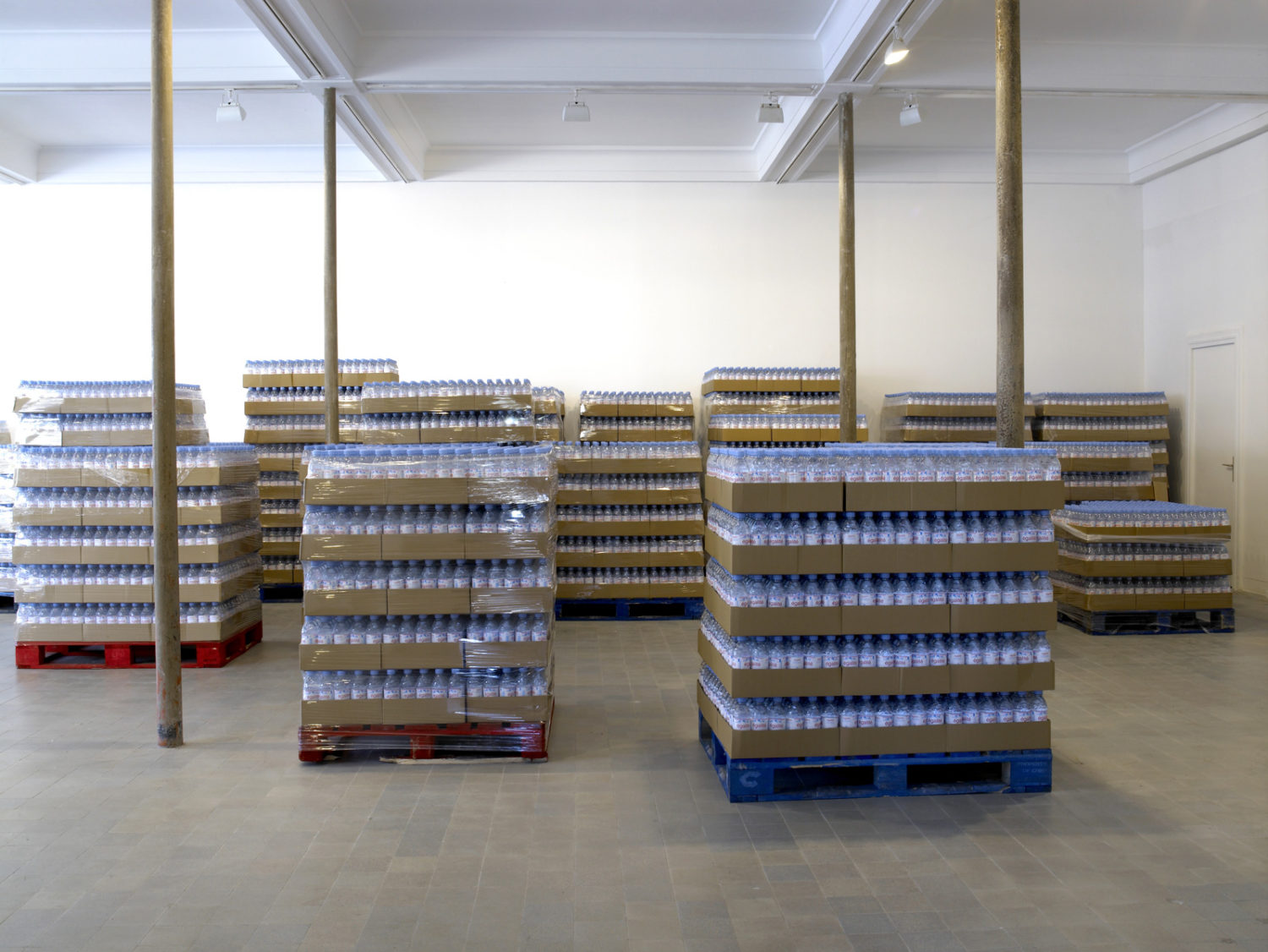 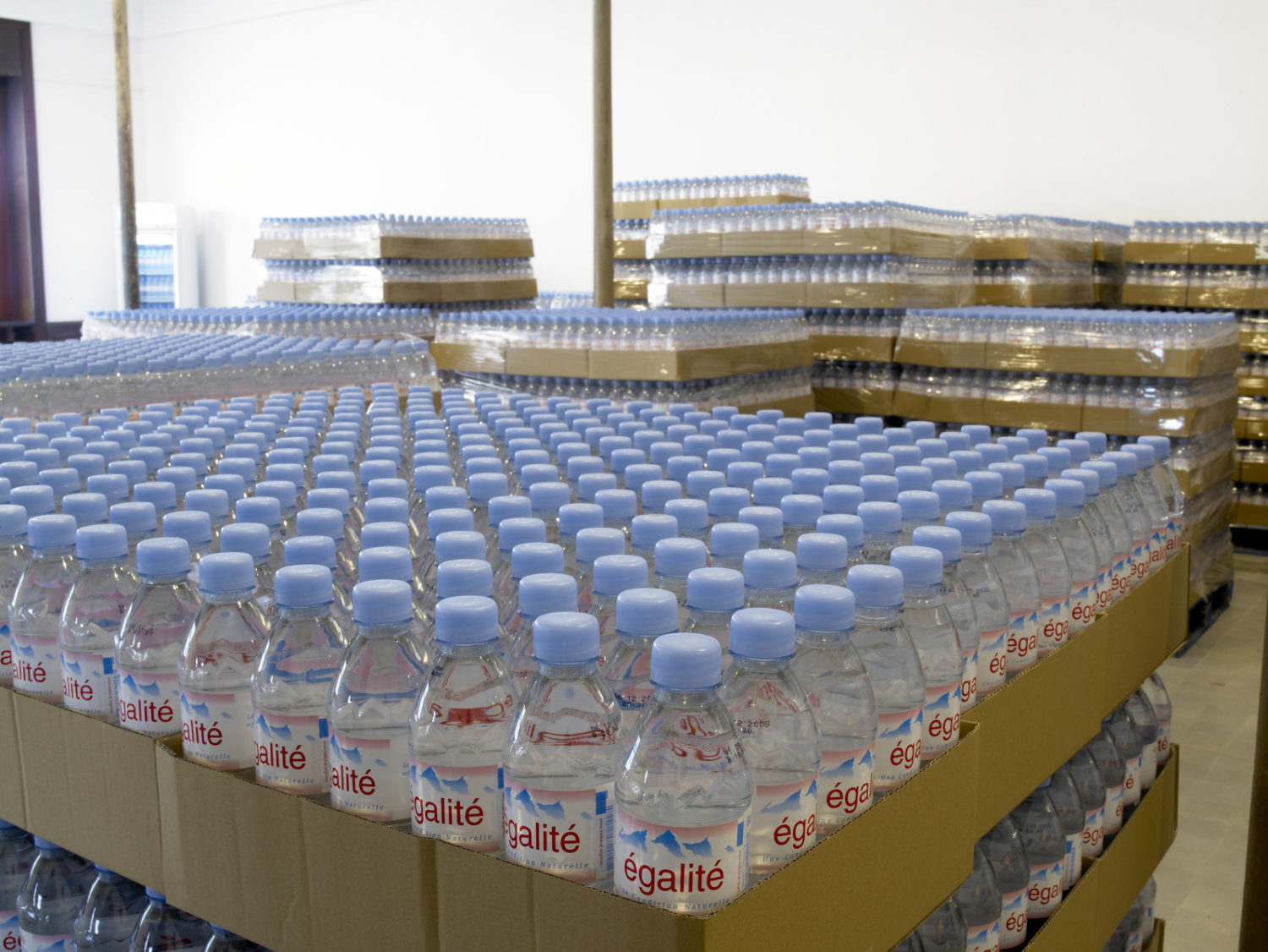 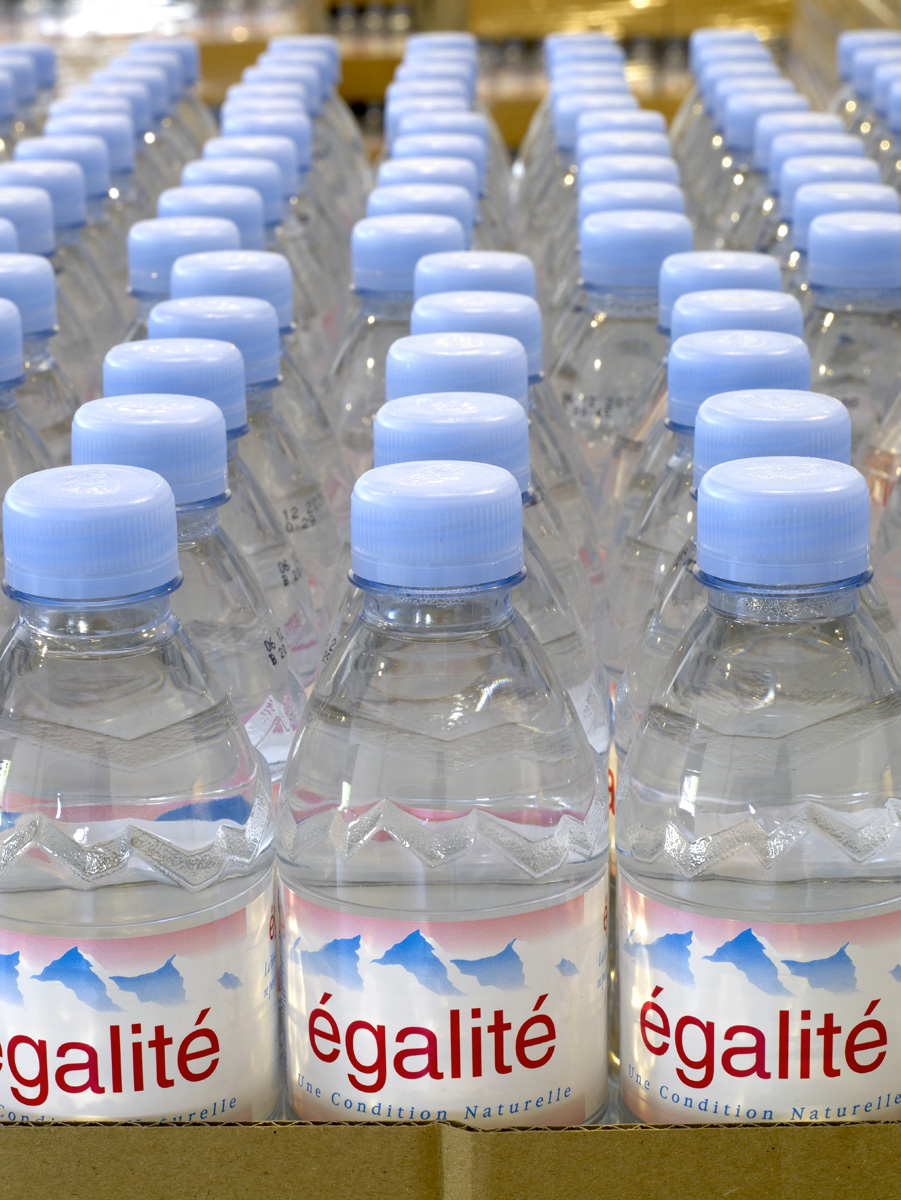 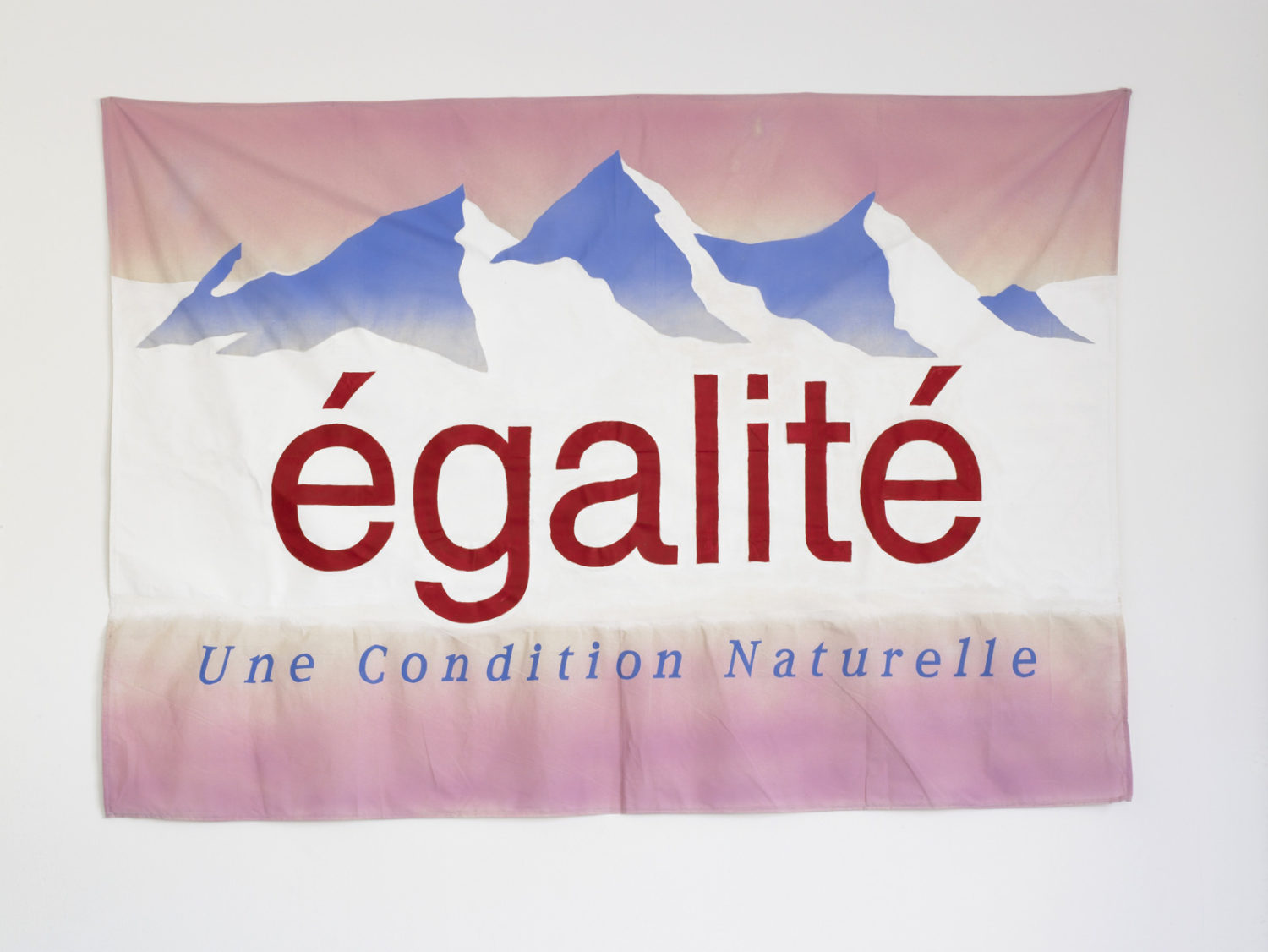 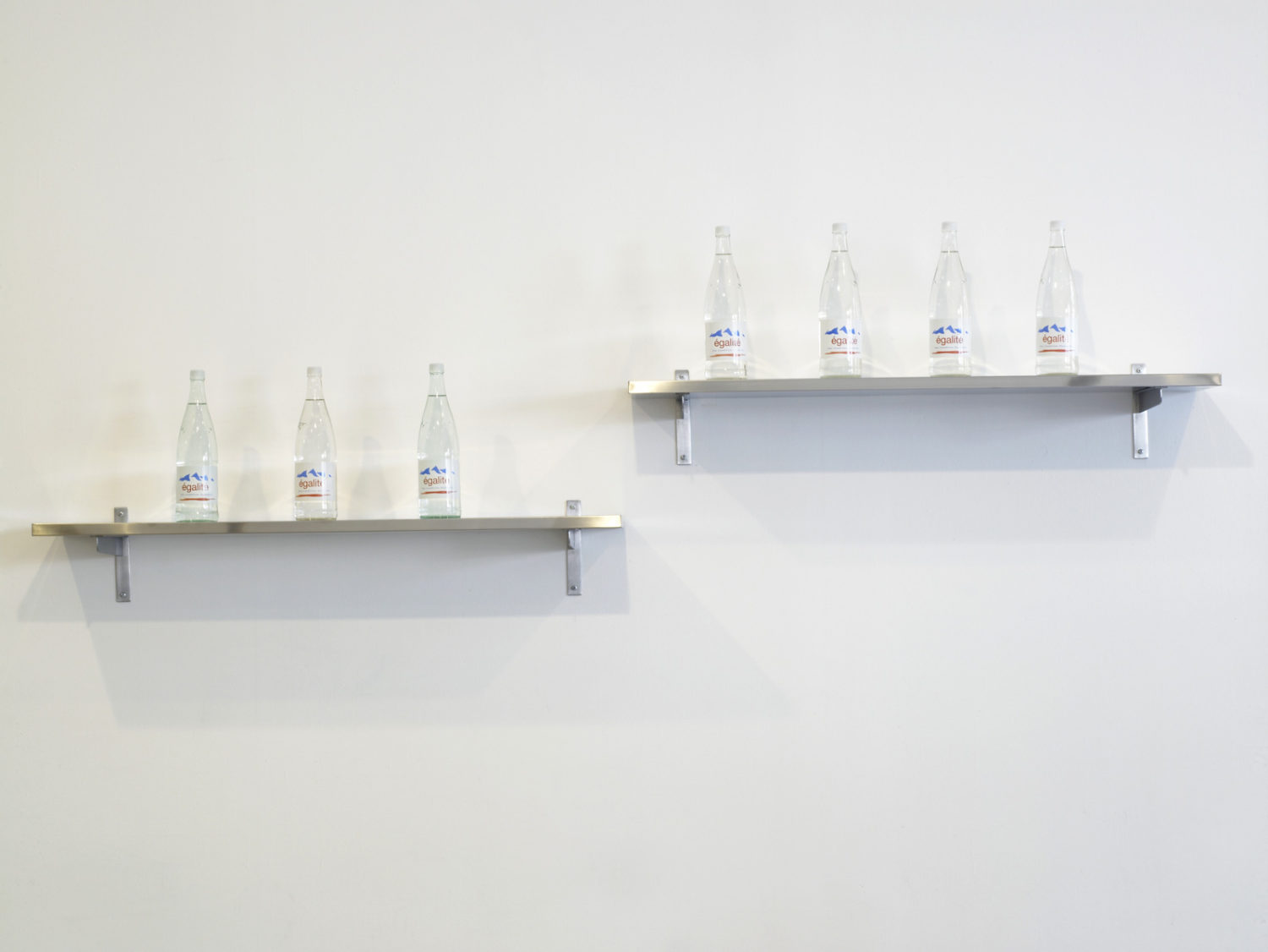 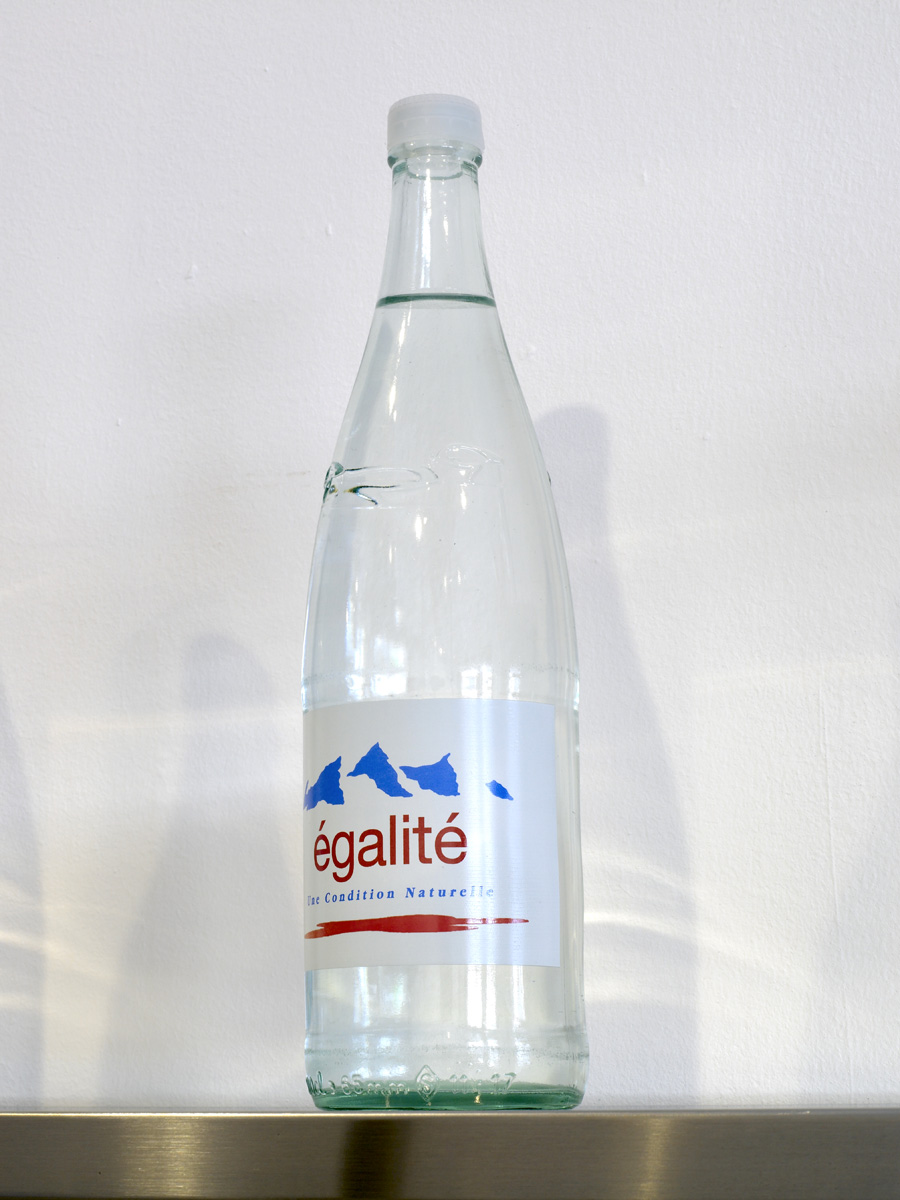 On the ground floor, Minerva Cuevas fills the space with Egalité (Equality), a project created in 2002 now reactivated and considerably enlarged in the form of a café: the “Café Egalité”. Looking as if it has been hurriedly set up in the midst of an imposing stock of small bottles of water (45000!) stored on pallets, this rather basic café (some tables and chairs, fridges, a shelf for ‘special edition’ bottles, a banner) disrupts the classic codes and events of an exhibition. Invited to take a seat to slake her thirst or leave with a bottle of Egalité water, the visitor is taking part in a singular experience and actively diffusing the work outside the space. Minerva Cuevas’s project echoes the particular history of the site itself, which was formerly a café founded by the father of Aristide Briand (awarded the Nobel Peace Prize in 1926), and it projects us directly towards an interrogation of today’s world at the mercy of globalization.

In Mexico, the artist’s homeland, access to drinking water for all is a burning question. The distribution of bottled mineral water in Mexico (and particularly the brand evoked in the exhibition) is placed under the control of the Coca-Cola multinational. So Minerva Cuevas has appropriated the labels that appear on bottles of a well-known French mineral water. The colours, design and layout work in exactly the same way but the name of the brand has been lost in favour of a slogan “Egalité, une condition naturelle (Equality, a natural condition)”.

The Egalité project is emblematic of the stance taken by Minerva Cuevas who chose to create in 1998 the Mejor Vida Corporation (Better Life Corporation) as a not-for-profit ‘micro-economic services’ business. Amongst other things it uses images that are anchored in the collective unconscious to appropriate logos and slogans. “These simple propositions, adaptable to daily life, in favour of egalitarian values, are only possible in artistic circles, a space of liberty and debate that seems able to validate these assertions and to allow the creation to be seen.”1

Born in 1975 in Mexico where she lives ans works.