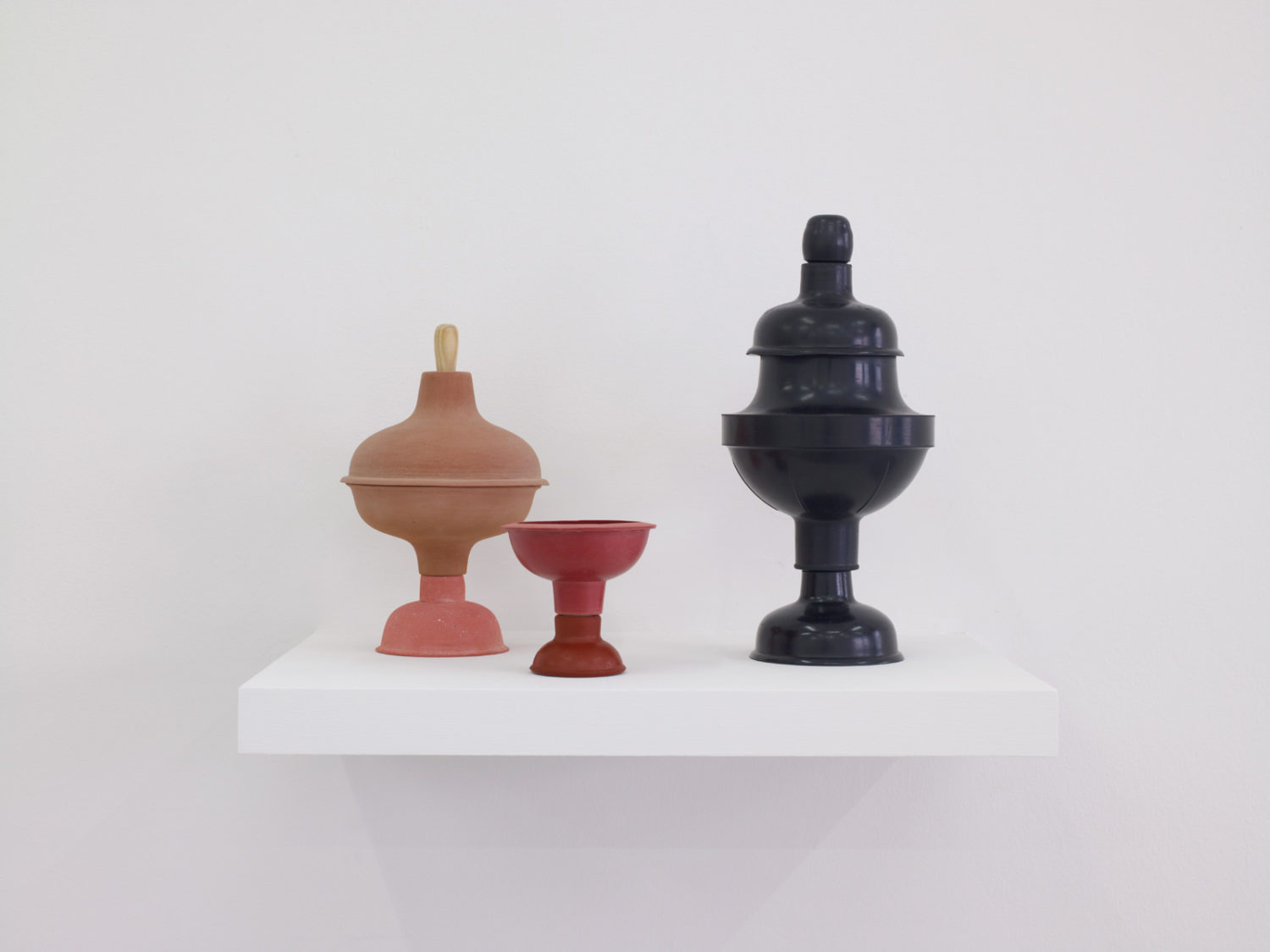 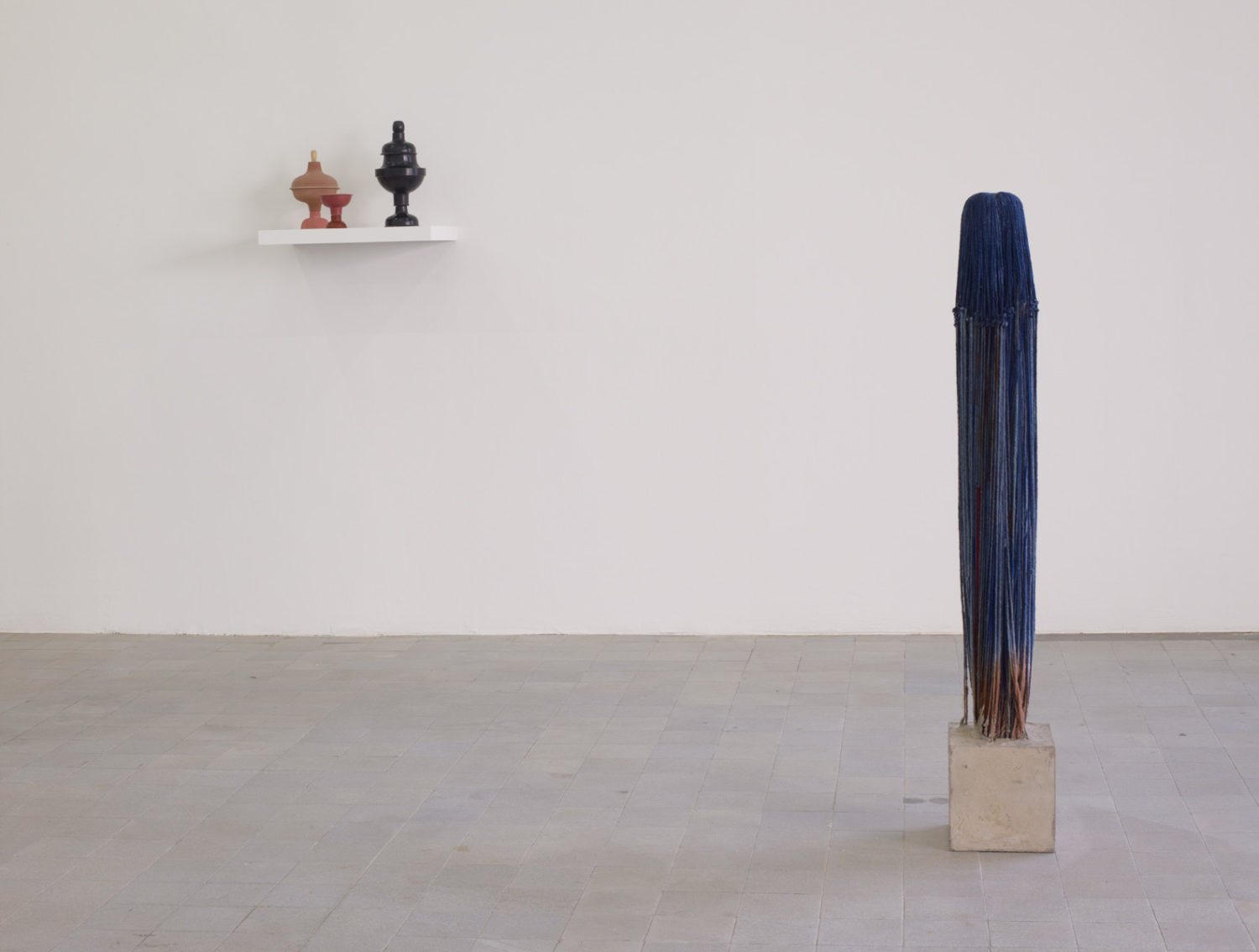 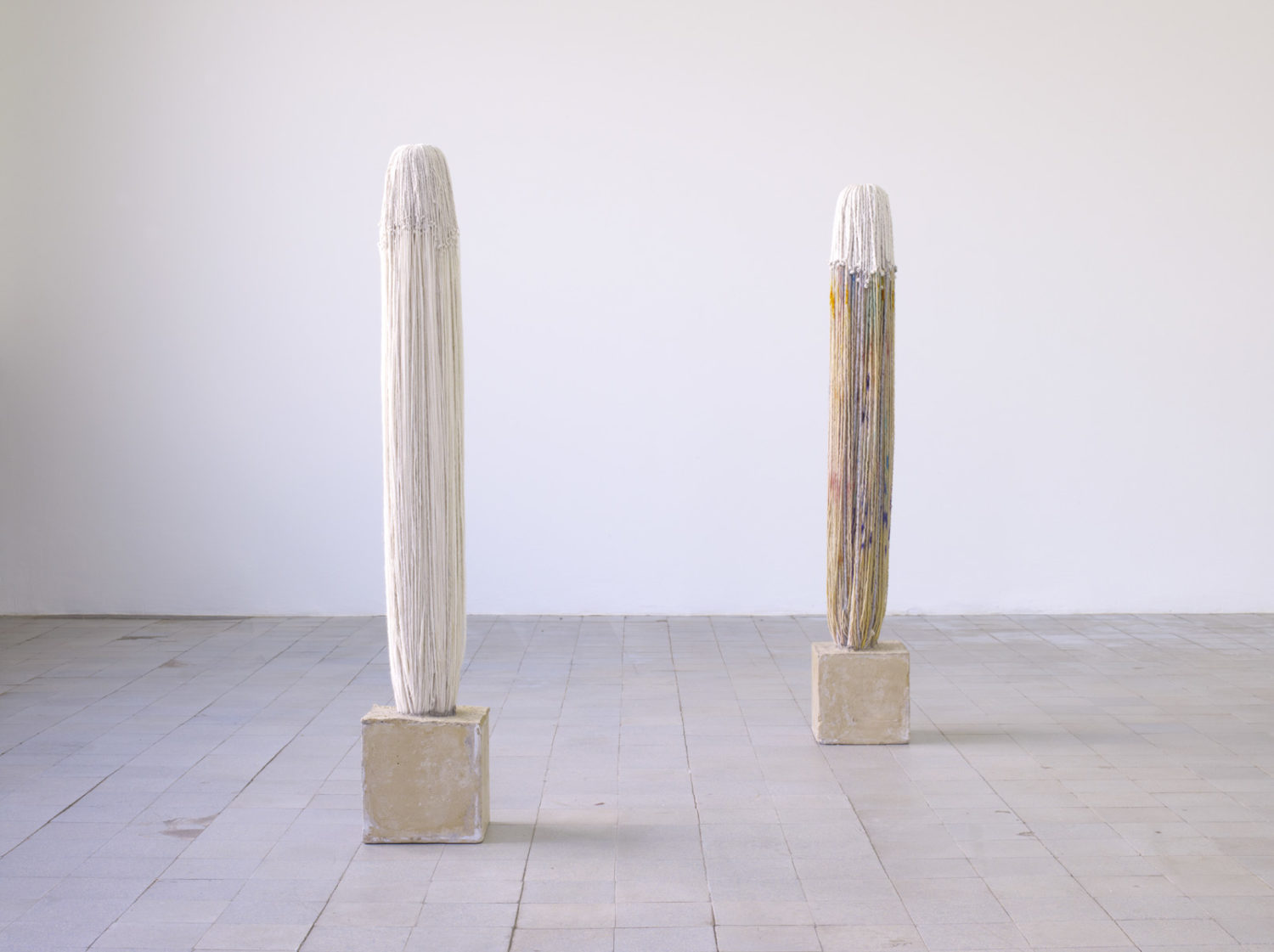 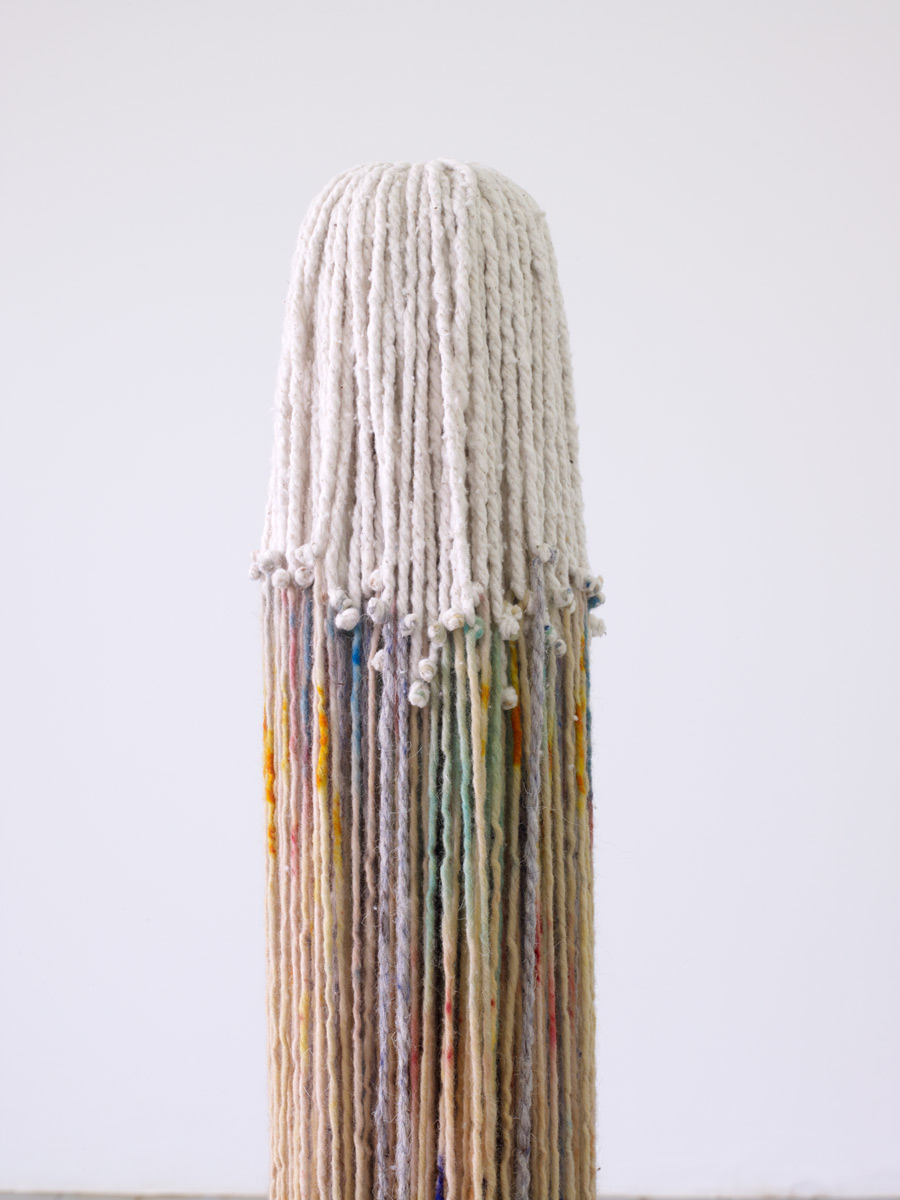 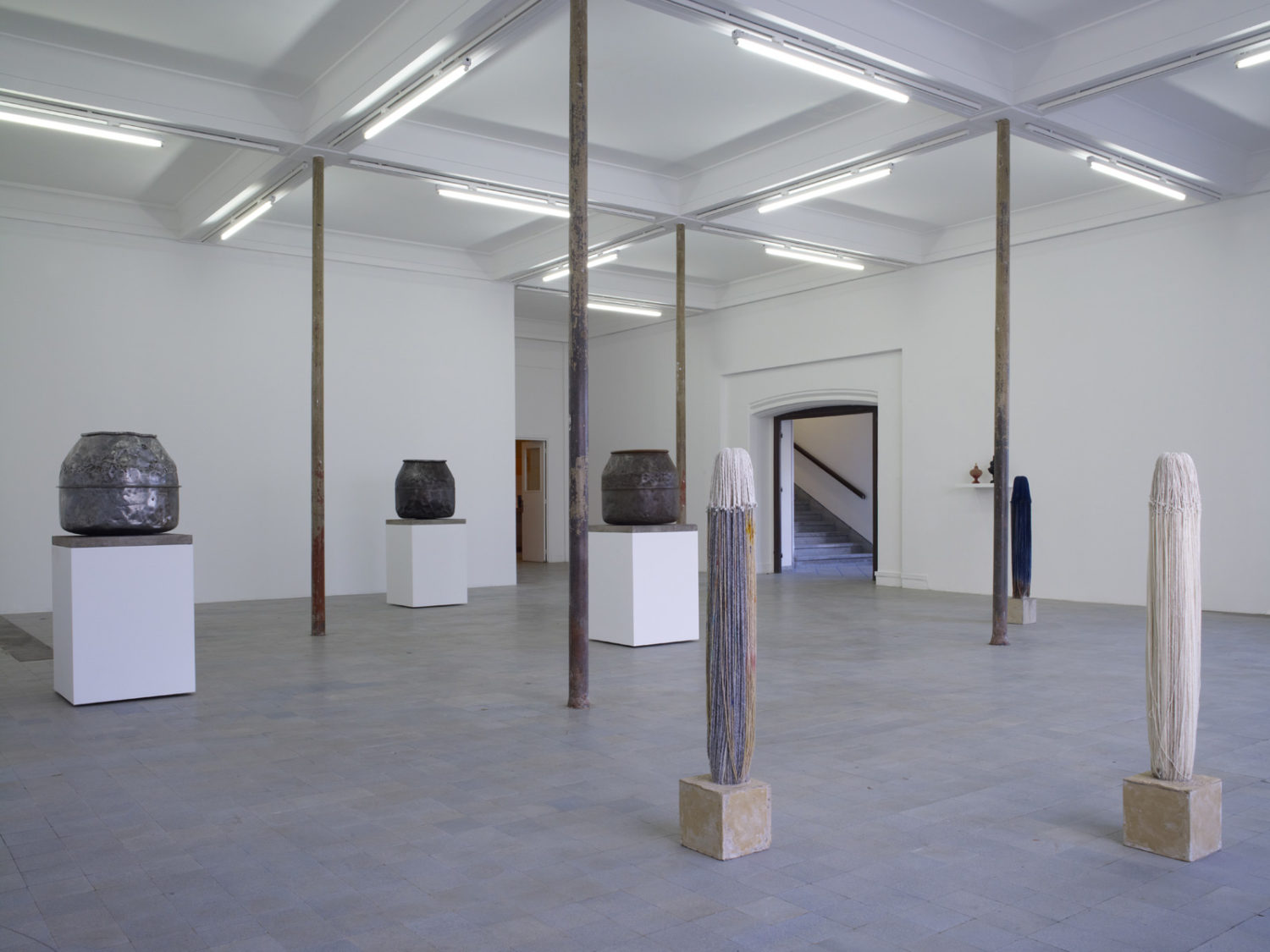 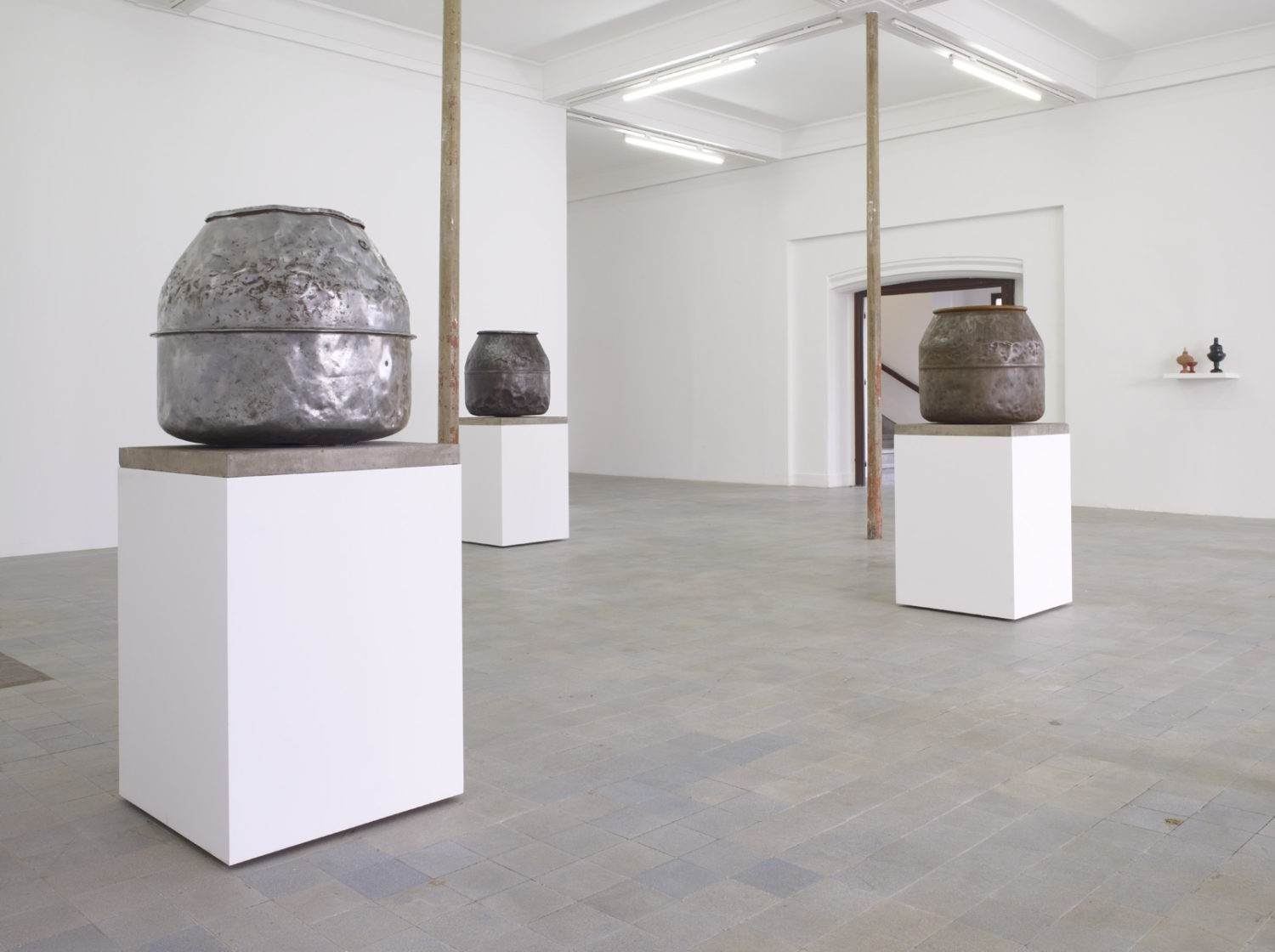 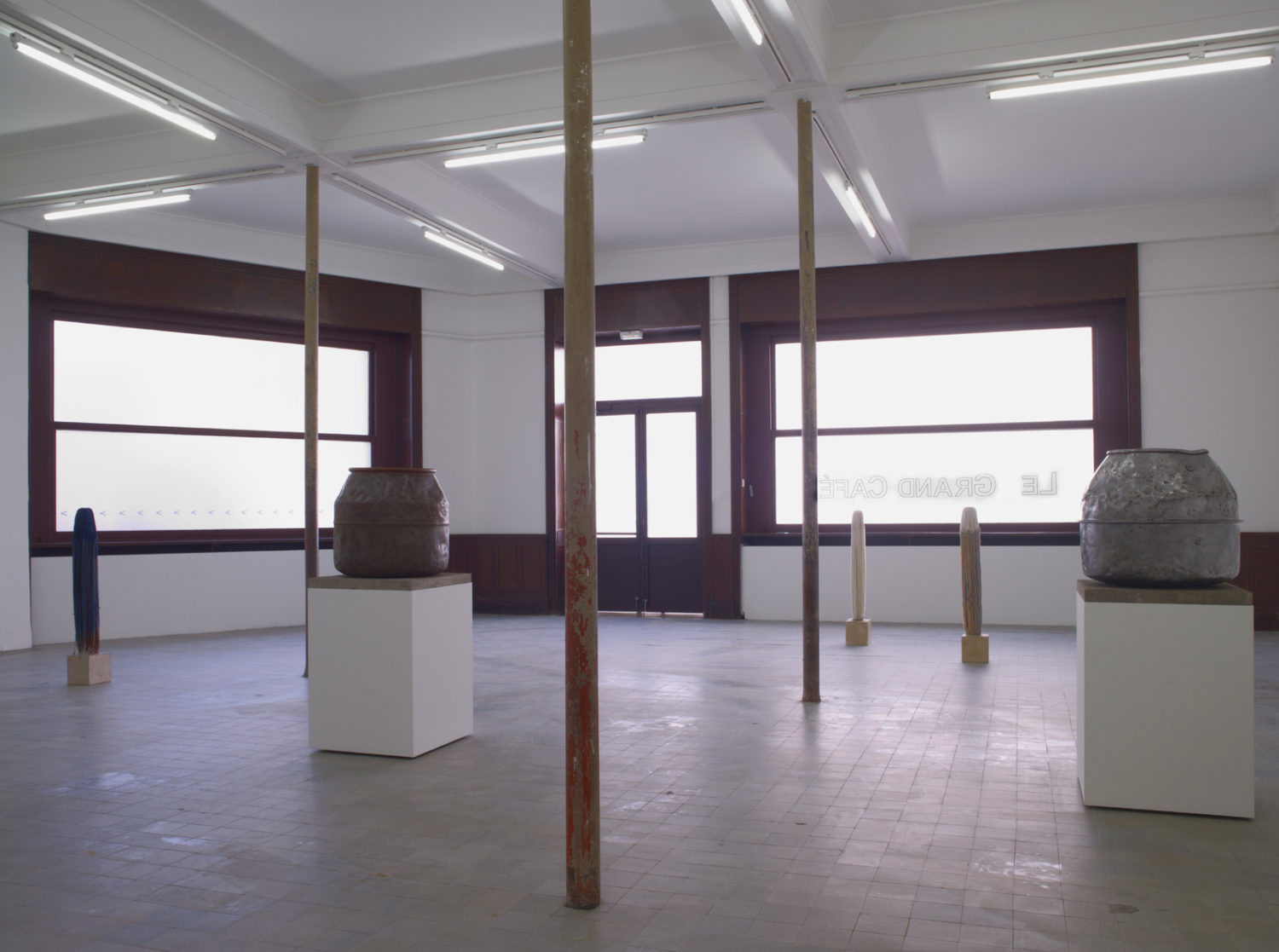 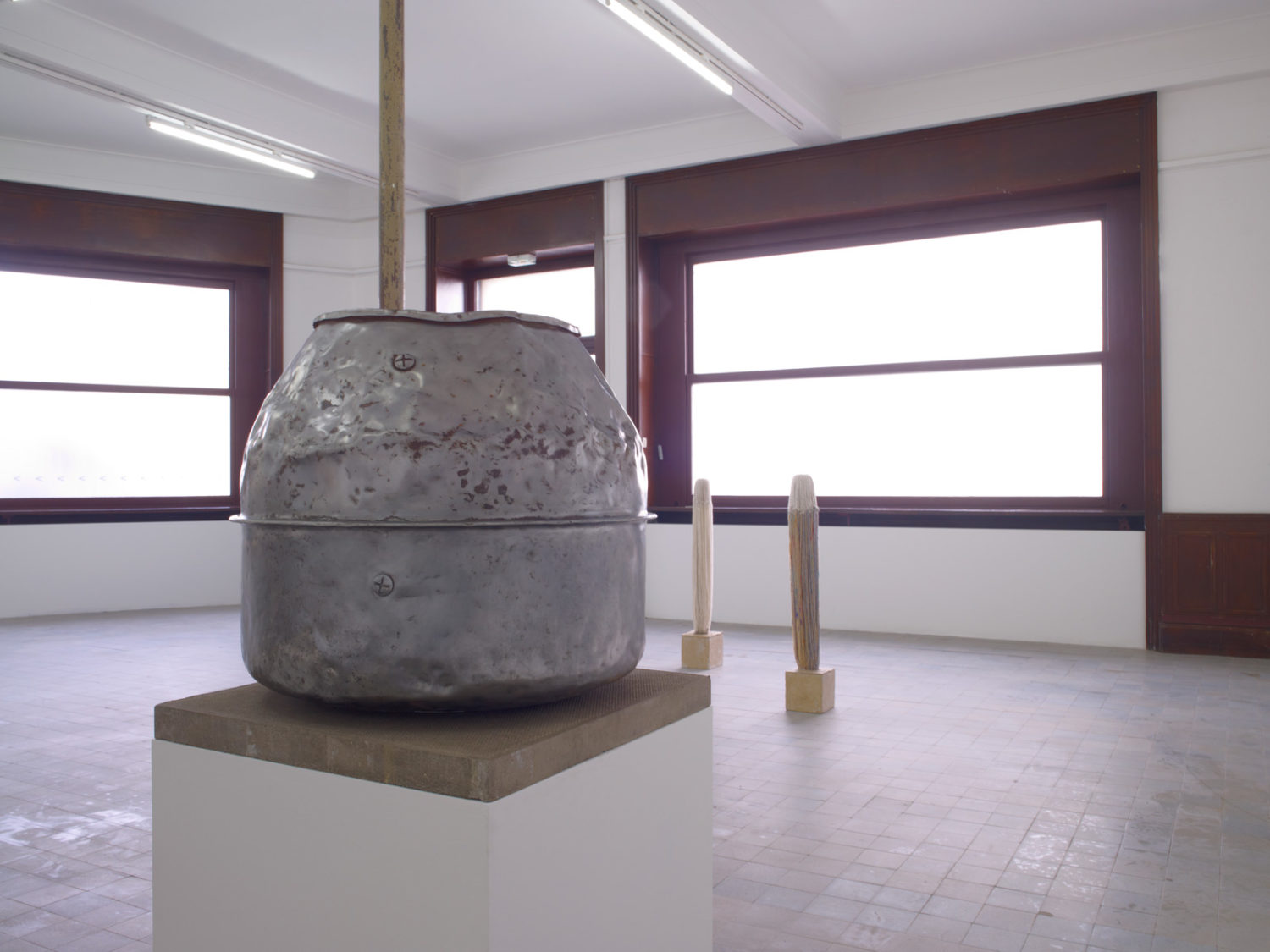 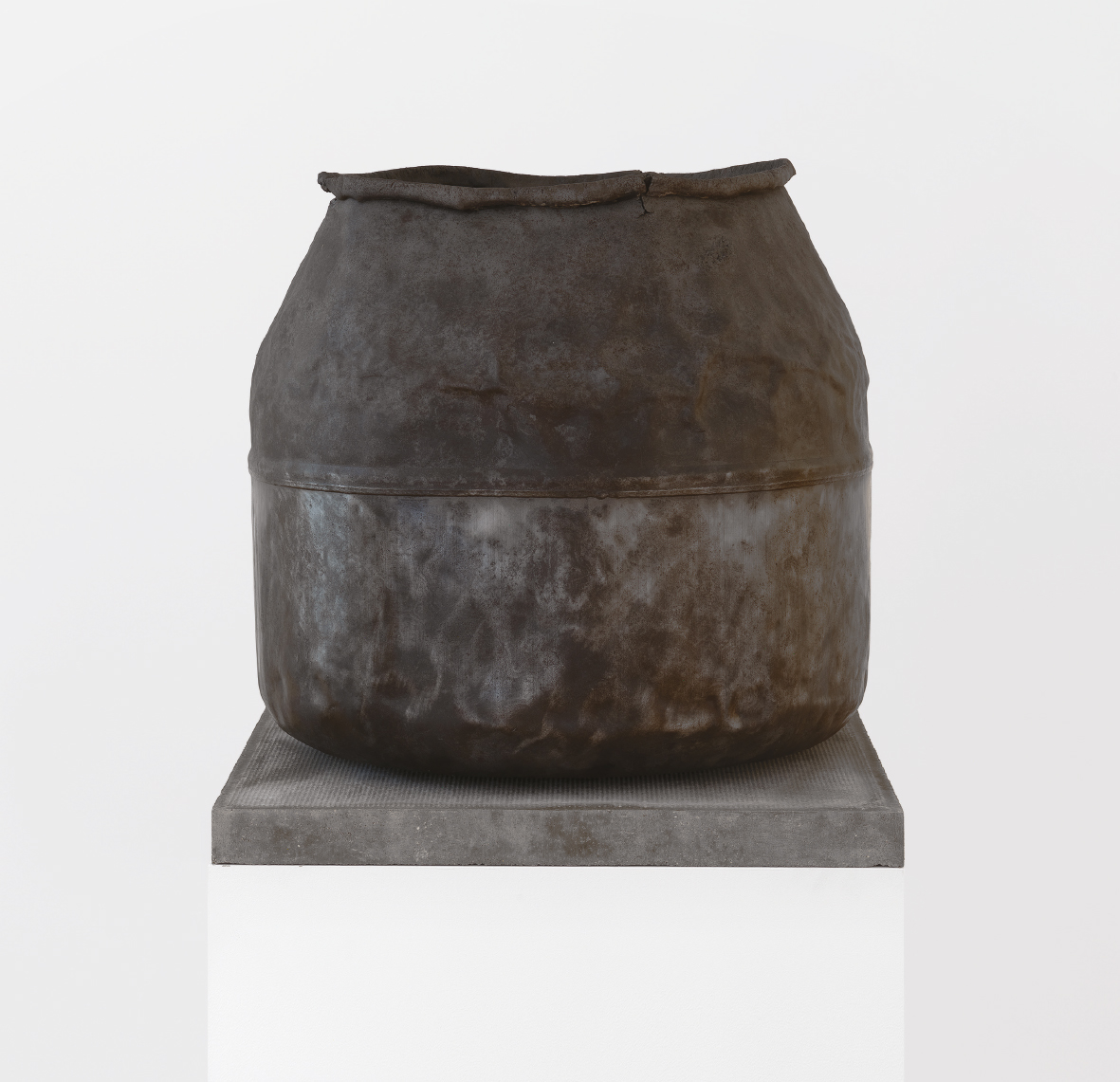 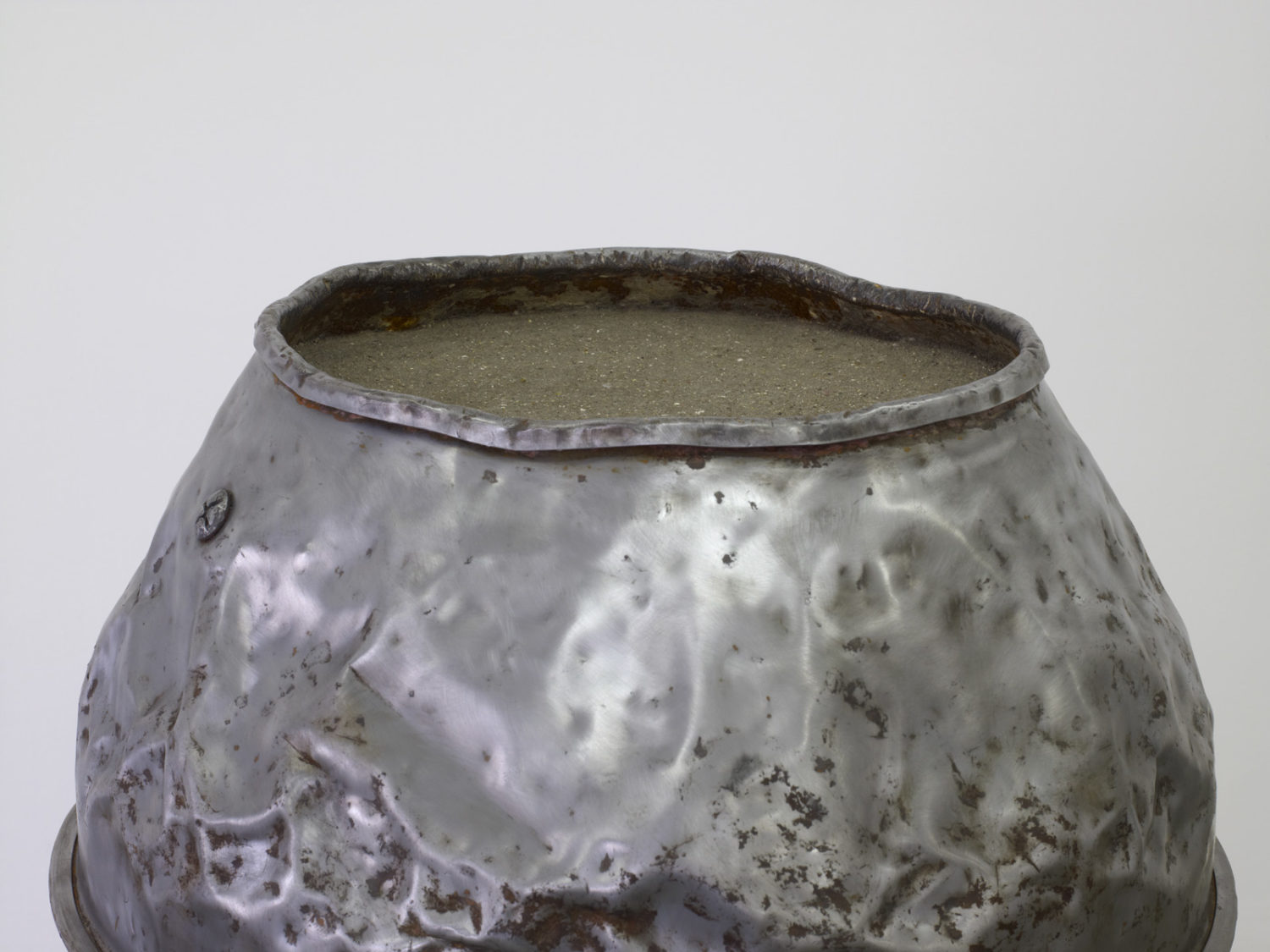 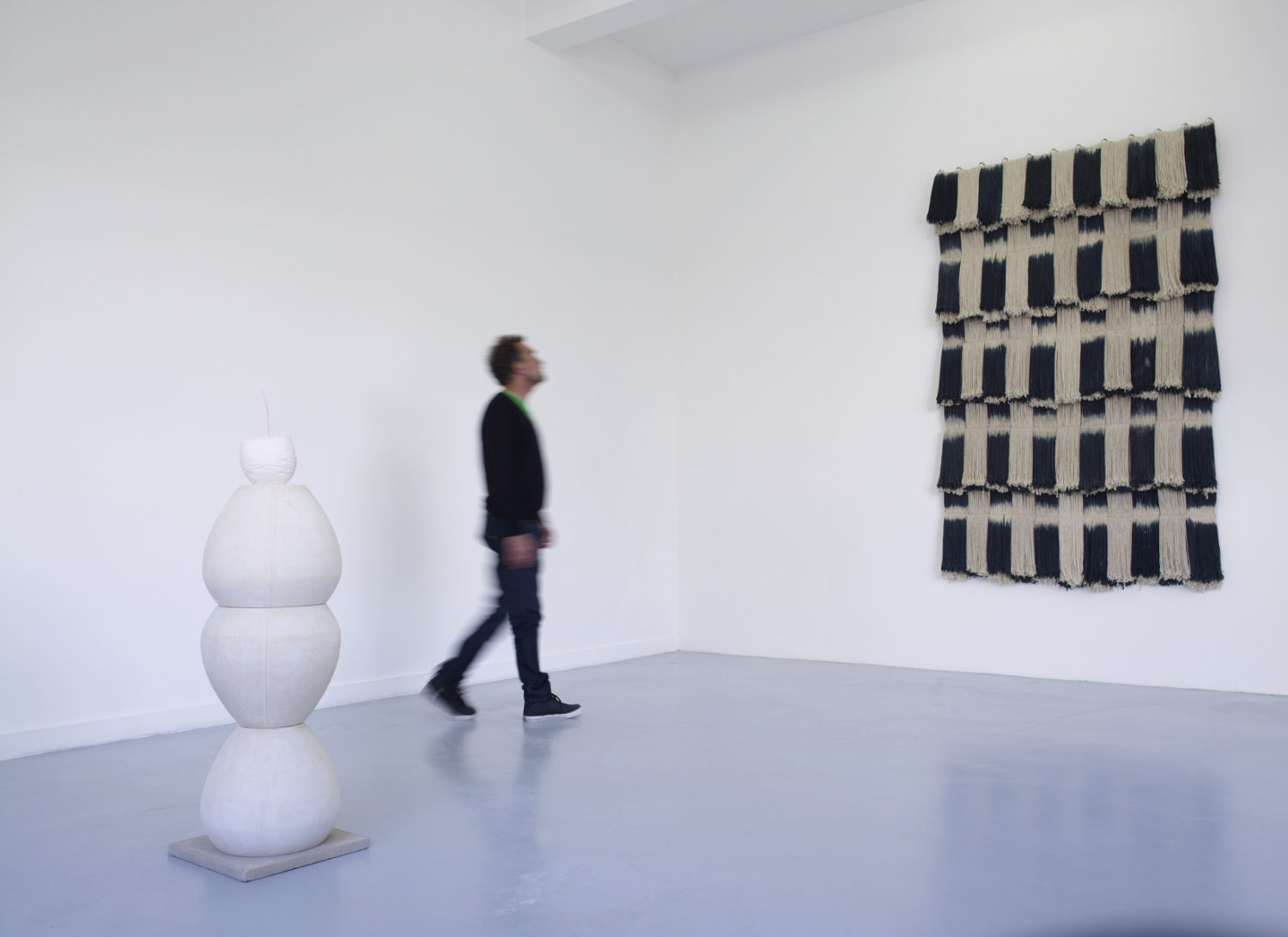 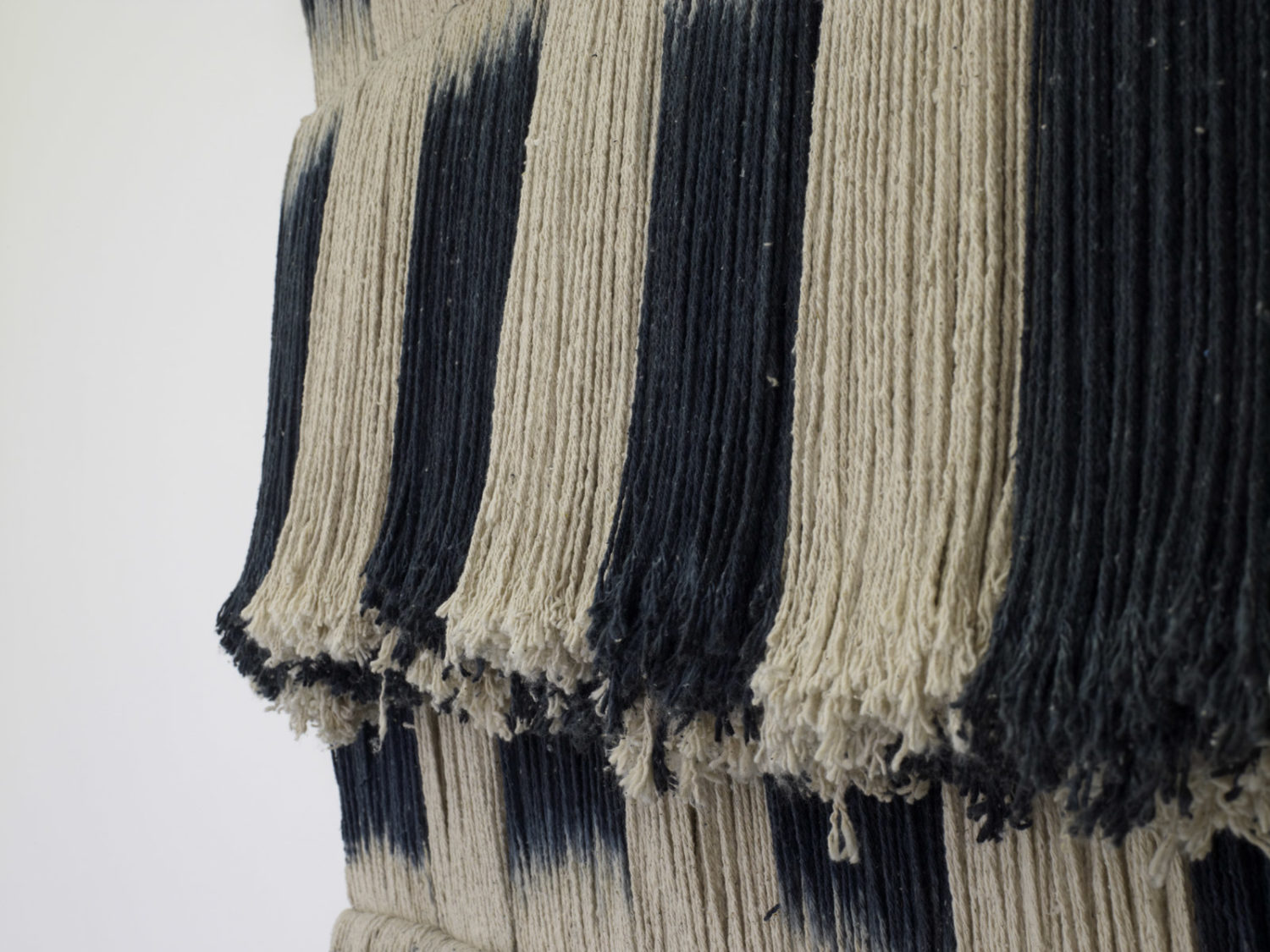 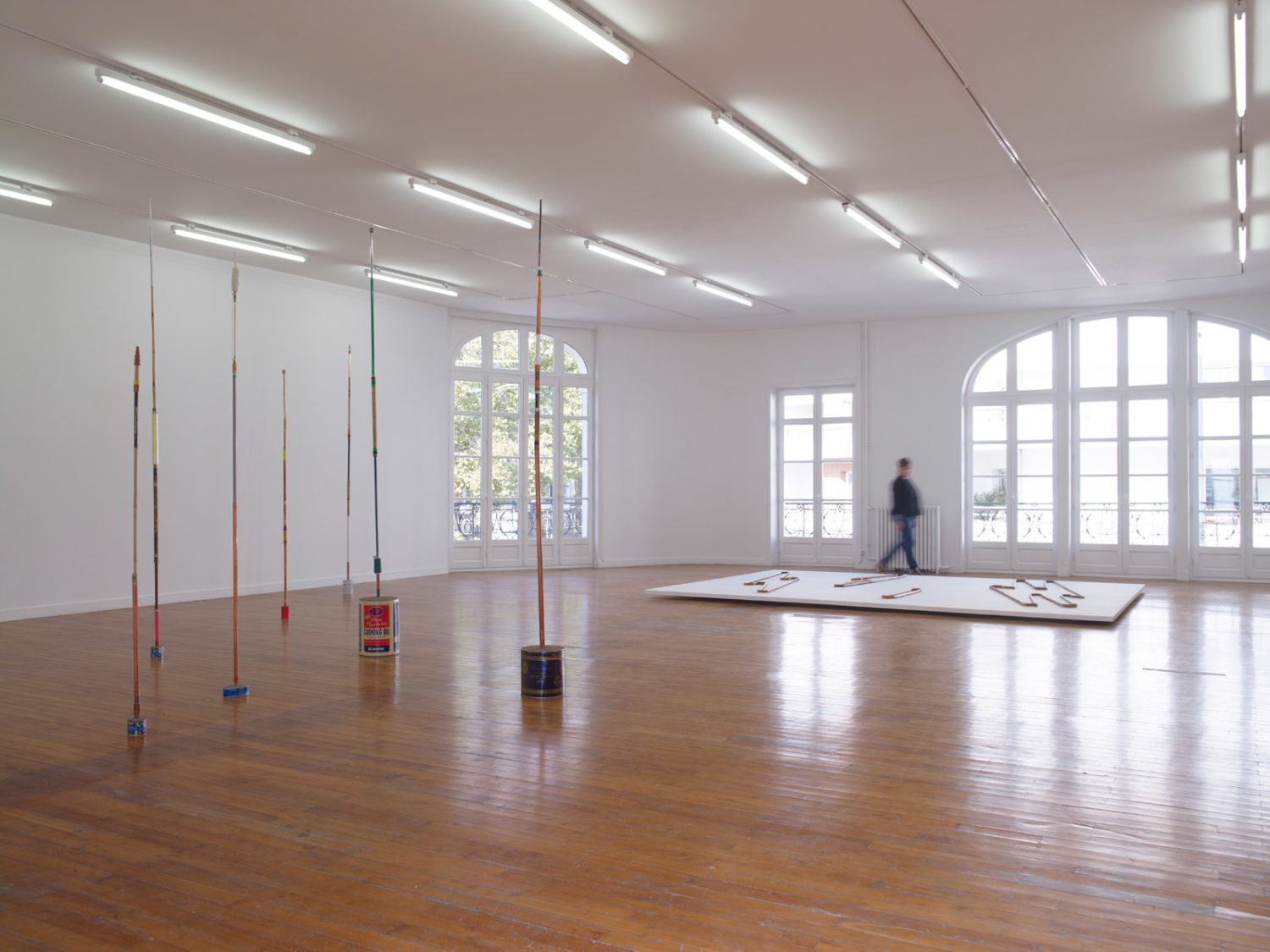 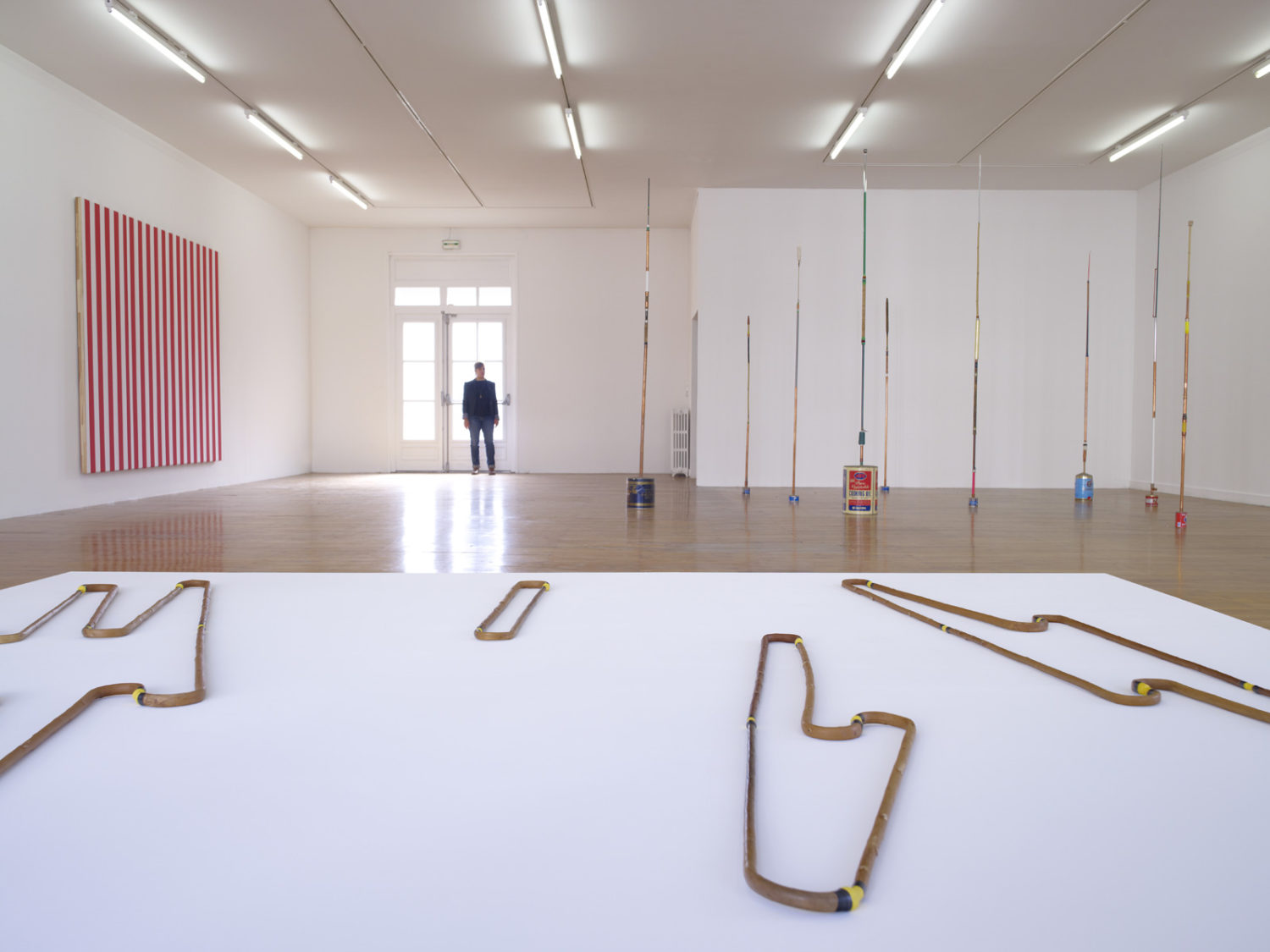 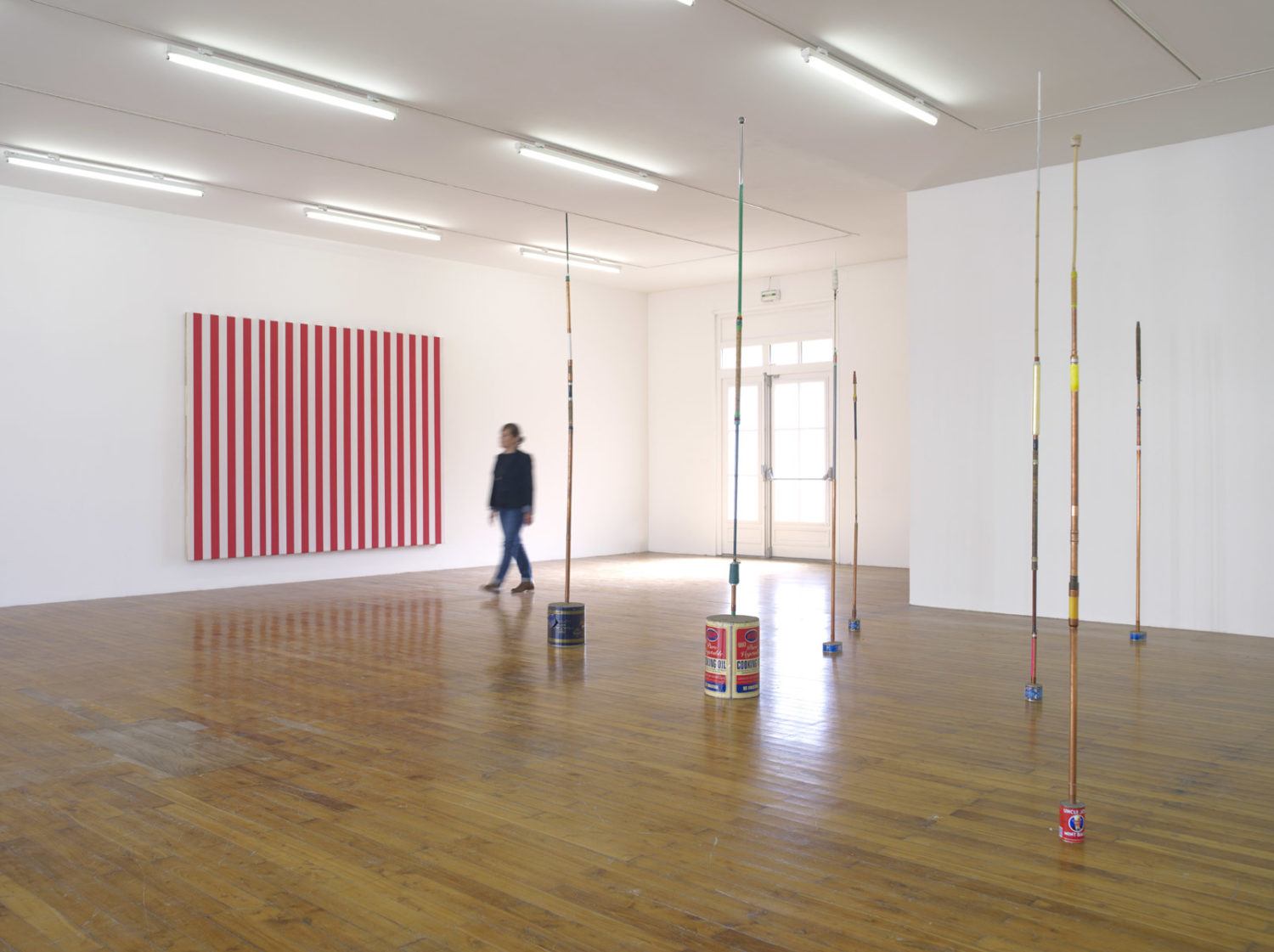 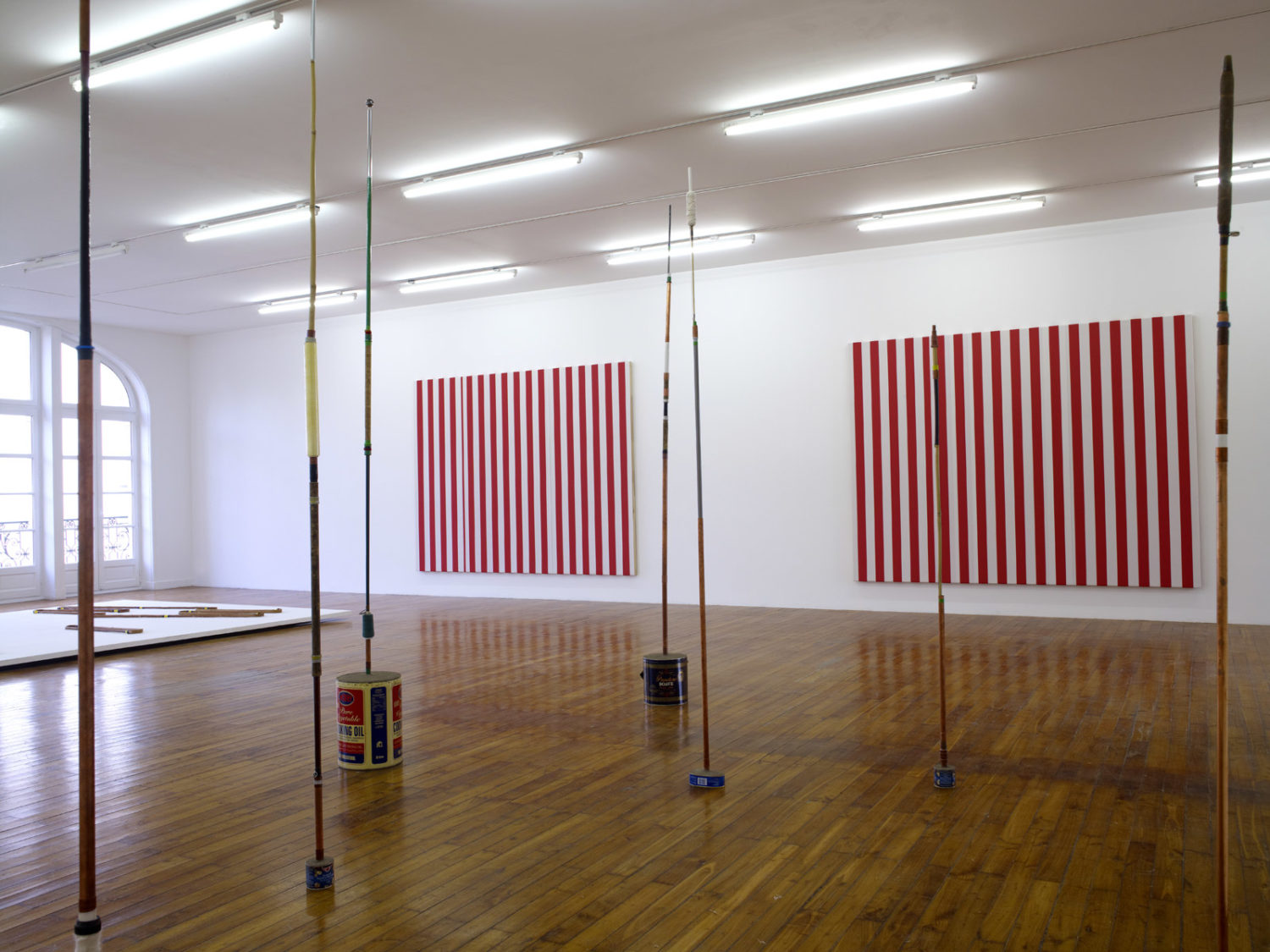 The work of Alexandre da Cunha draws upon his own dual culture, as a Brazilian artist who has lived in London for several years. At the convergence of various movements (with references to the Duchampian readymade, or to architectural modernism), his work takes everyday things and turns them into objects of wonder.

His hybrid sculptures bring together the materials of mass consumption with an artisan’s activity: the framed canvas from deckchairs mimic minimalist painting (Deck Paintings series, 2011), a colony of shoehorns standing like pot plants evoke a mutant garden (Field, 2010), the heads of toilet plungers placed atop one another play on the refinements of art deco design or on the ethnographic object, presenting themselves as if the subject for a Giorgio Morandi still life (Terracotta Ebony, 2006). With a disarming poetry, Da Cunha explores the infinite plasticity of objects and produces sculptures that create images.

Behind these games of displacement and the interweaving of high and popular culture is the desire to avoid overly rapid readings or ethnocentric certitudes : da Cunha’s formalist practice is marked by a strong modernist vocabulary, yet is also closely linked to the development of cultural studies in the sense that it explores the representational – and emotional – connotations aroused by objects according to their cultural context.

For his first exhibition in France, da Cunha presents an important body of recent works, as well as a series of previously unseen sculptures: Full catastrophe (Drums), a group of three ‘pots’ that are in fact the found drums of cement mixers, onto and into which the artist has subtly intervened. Resembling antique bronzes or archaeological finds, the brutality of the original material is transformed into a collection of works marked by a great elegance. With these new works, Da Cunha adds a important element to his family of ‘modest monuments’ and another take on modernity.

Born in 1969 in Rio de Janeiro, Brazil.
Lives and works in London.
The artist is represented by Thomas Dane Gallery (London).