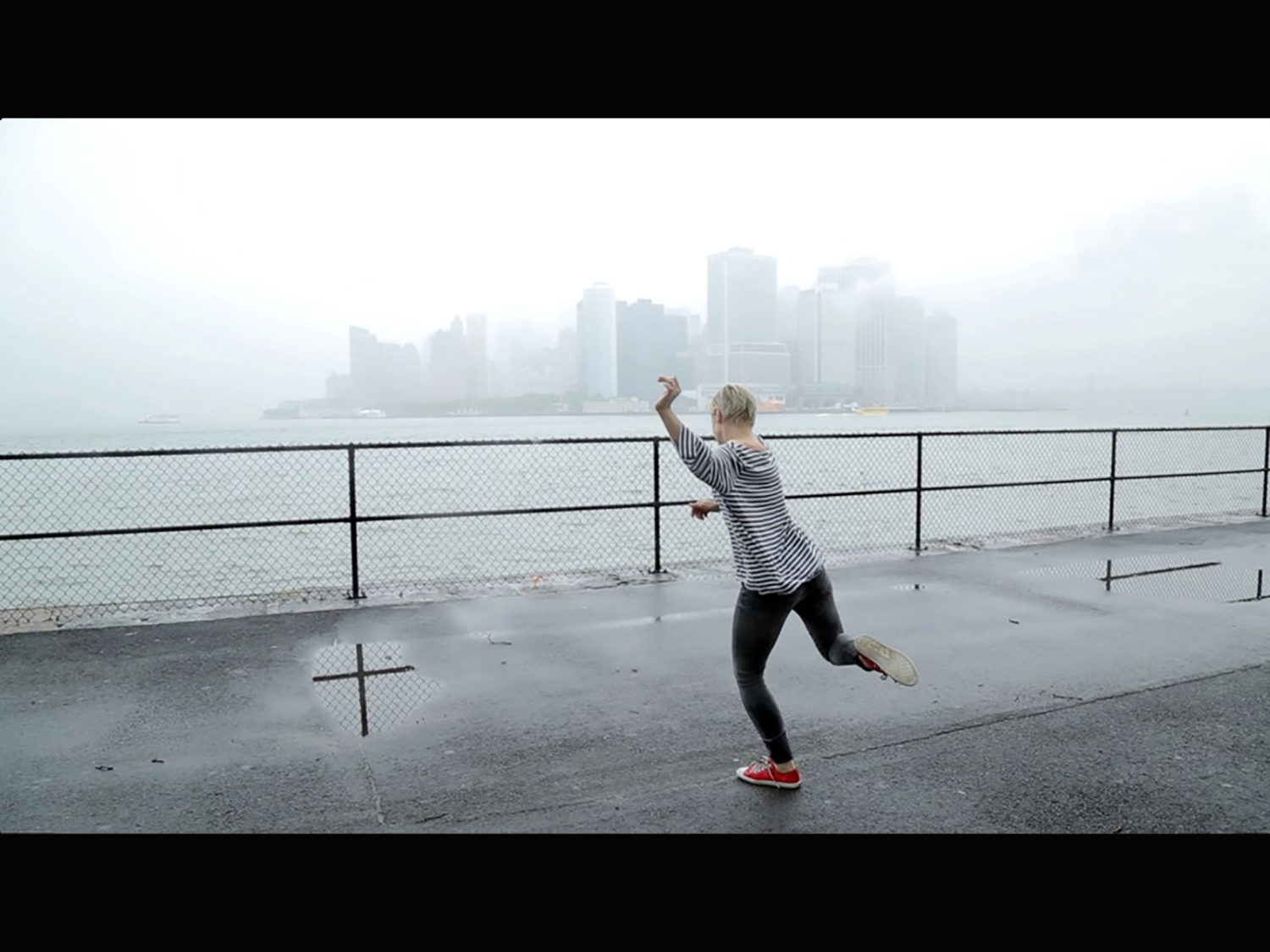 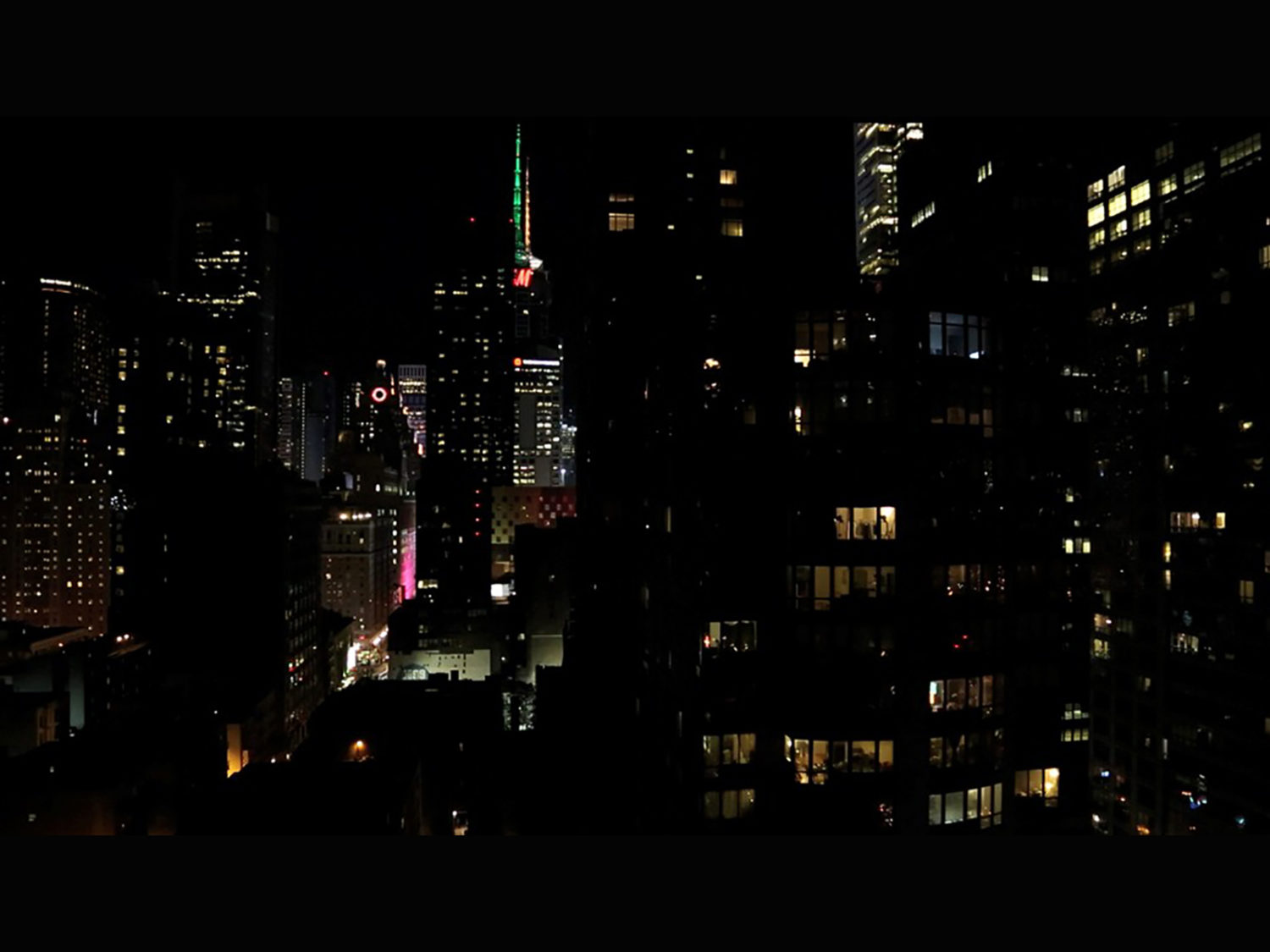 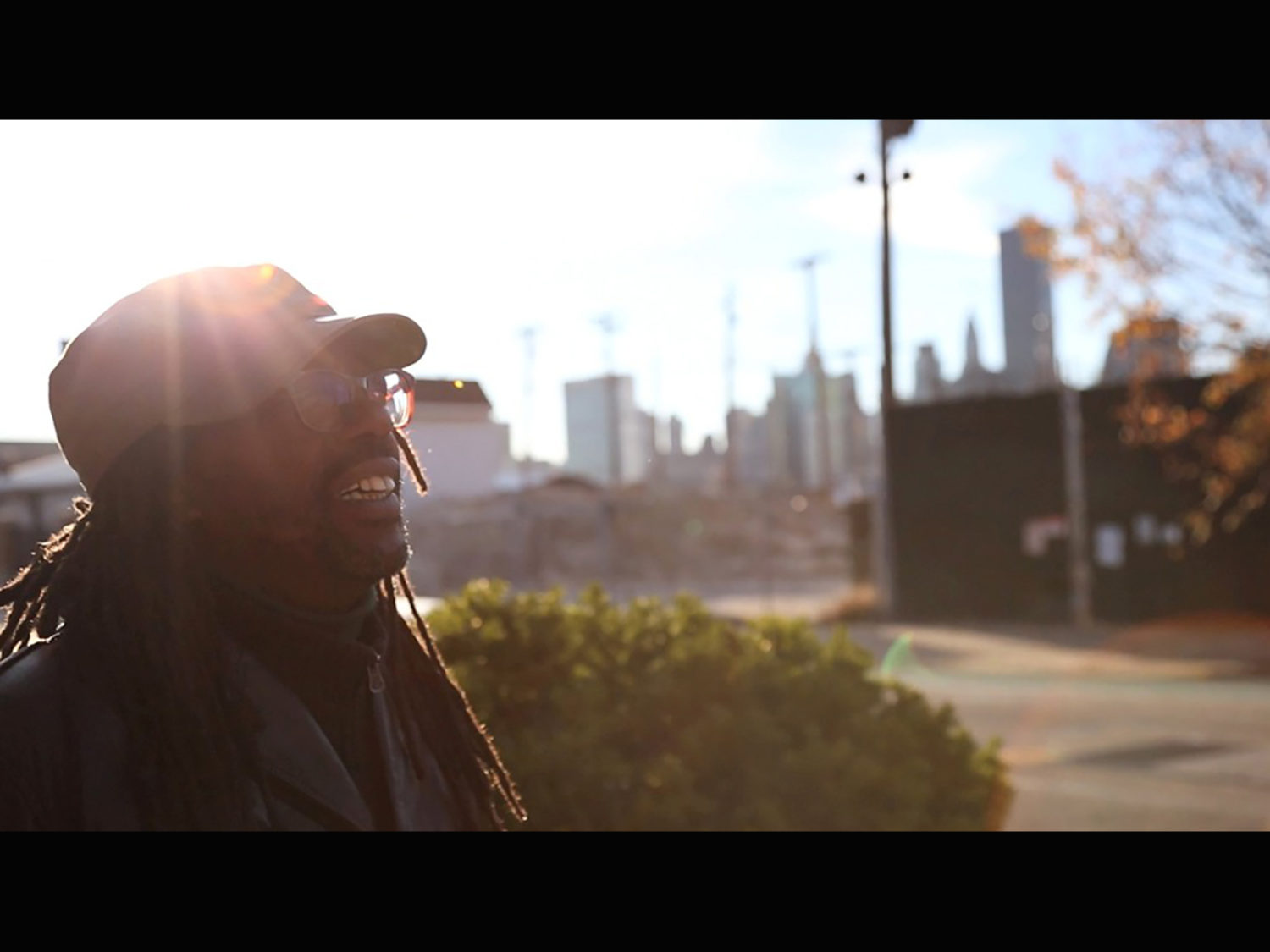 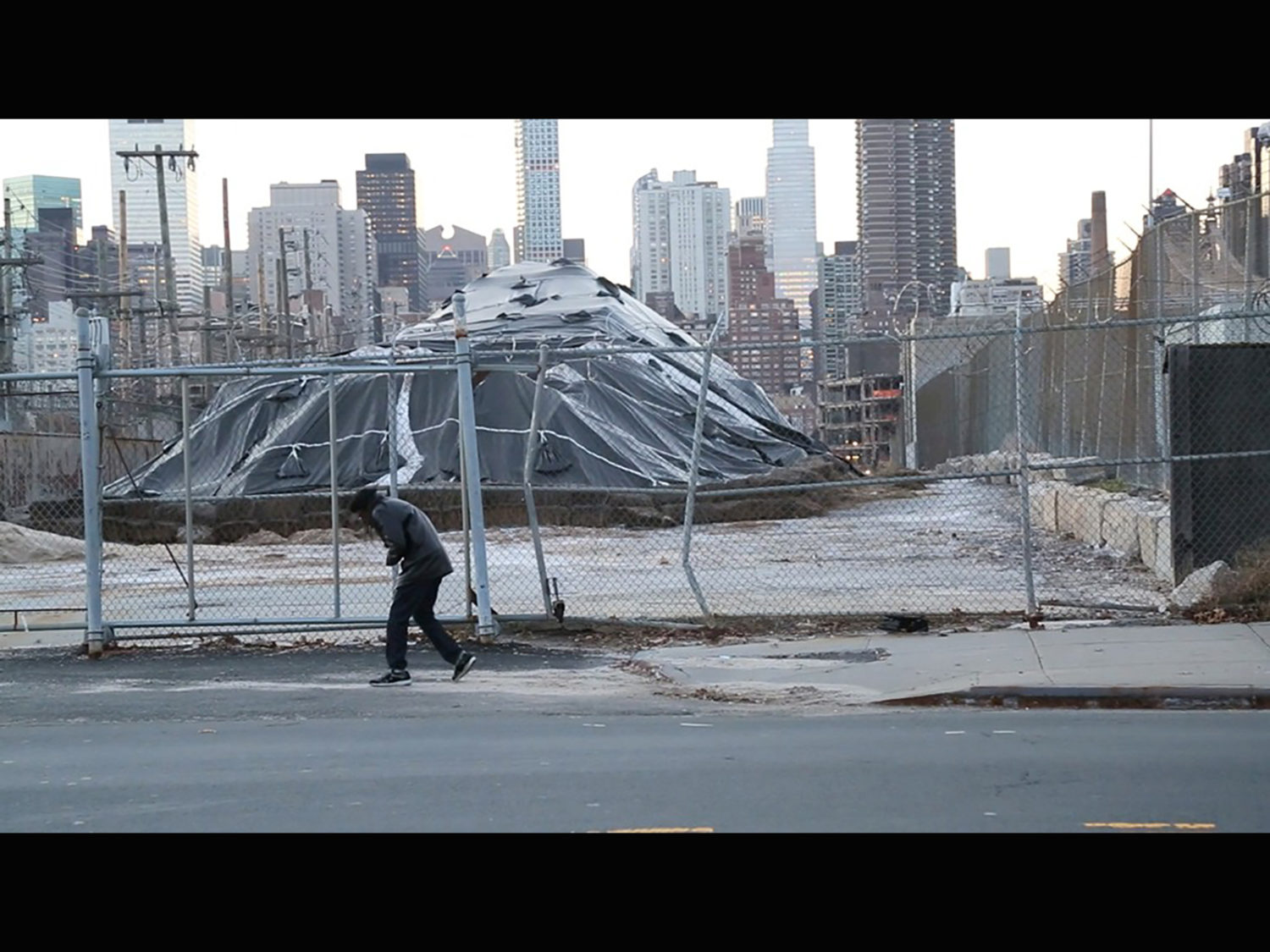 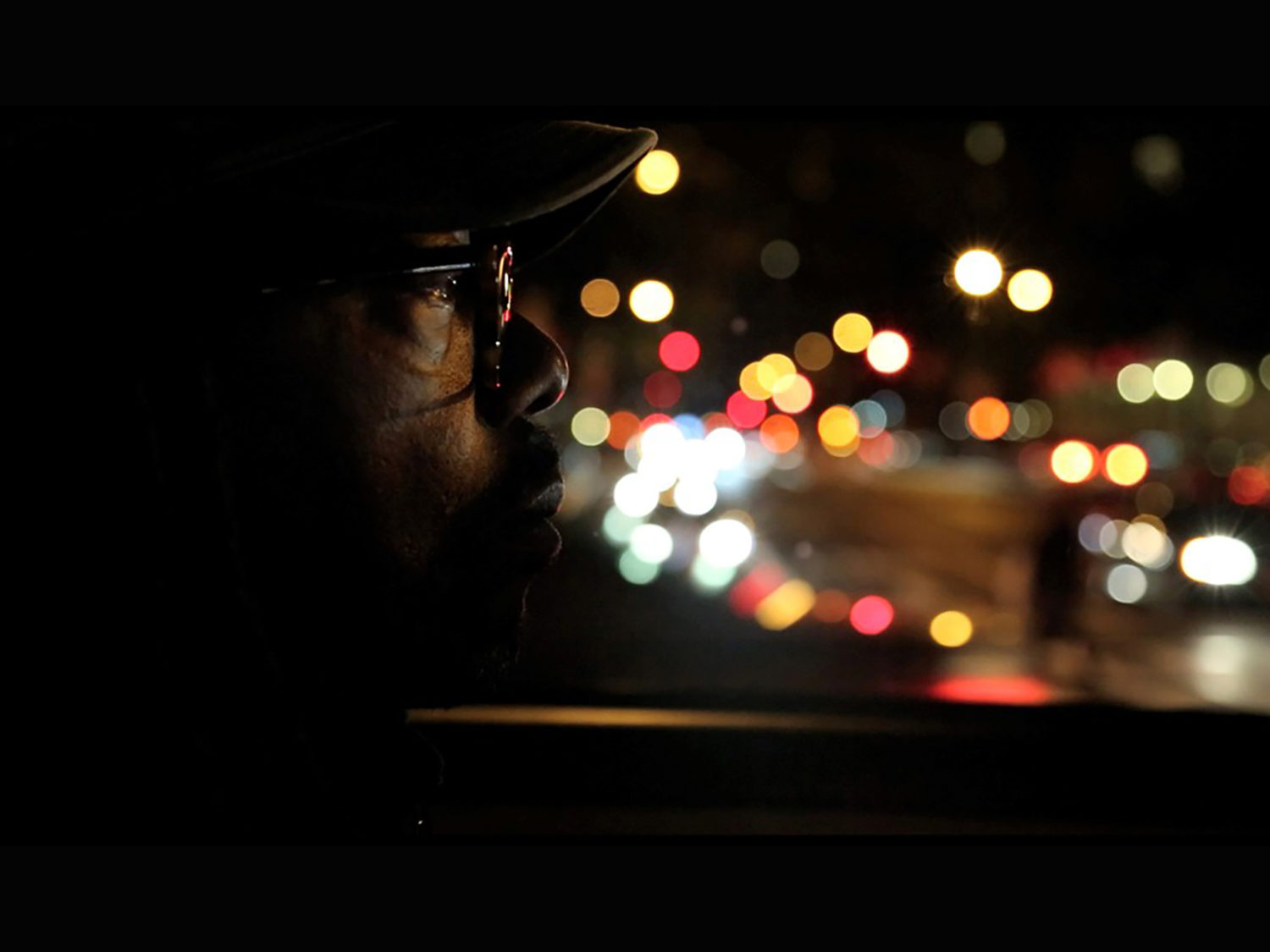 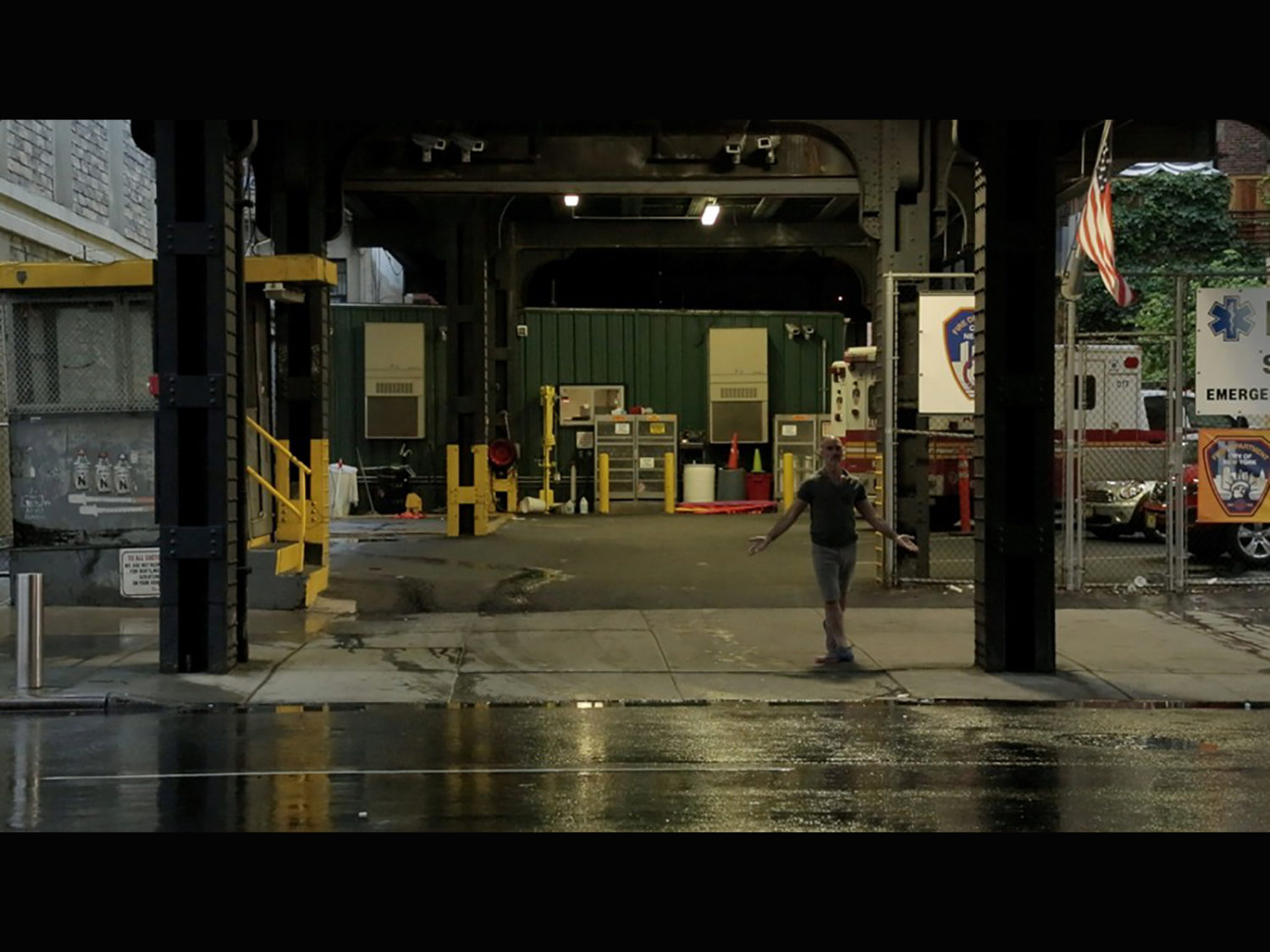 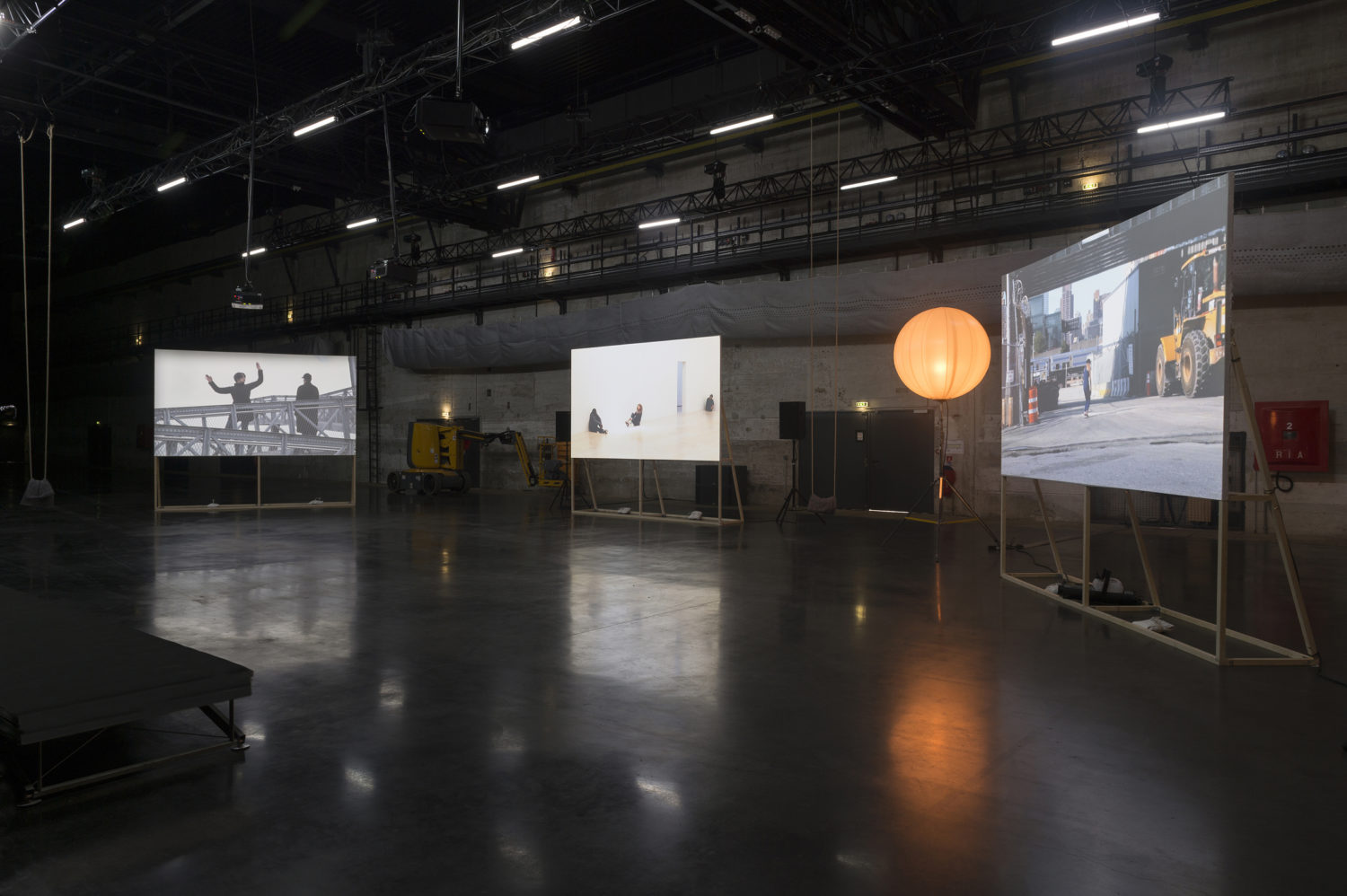 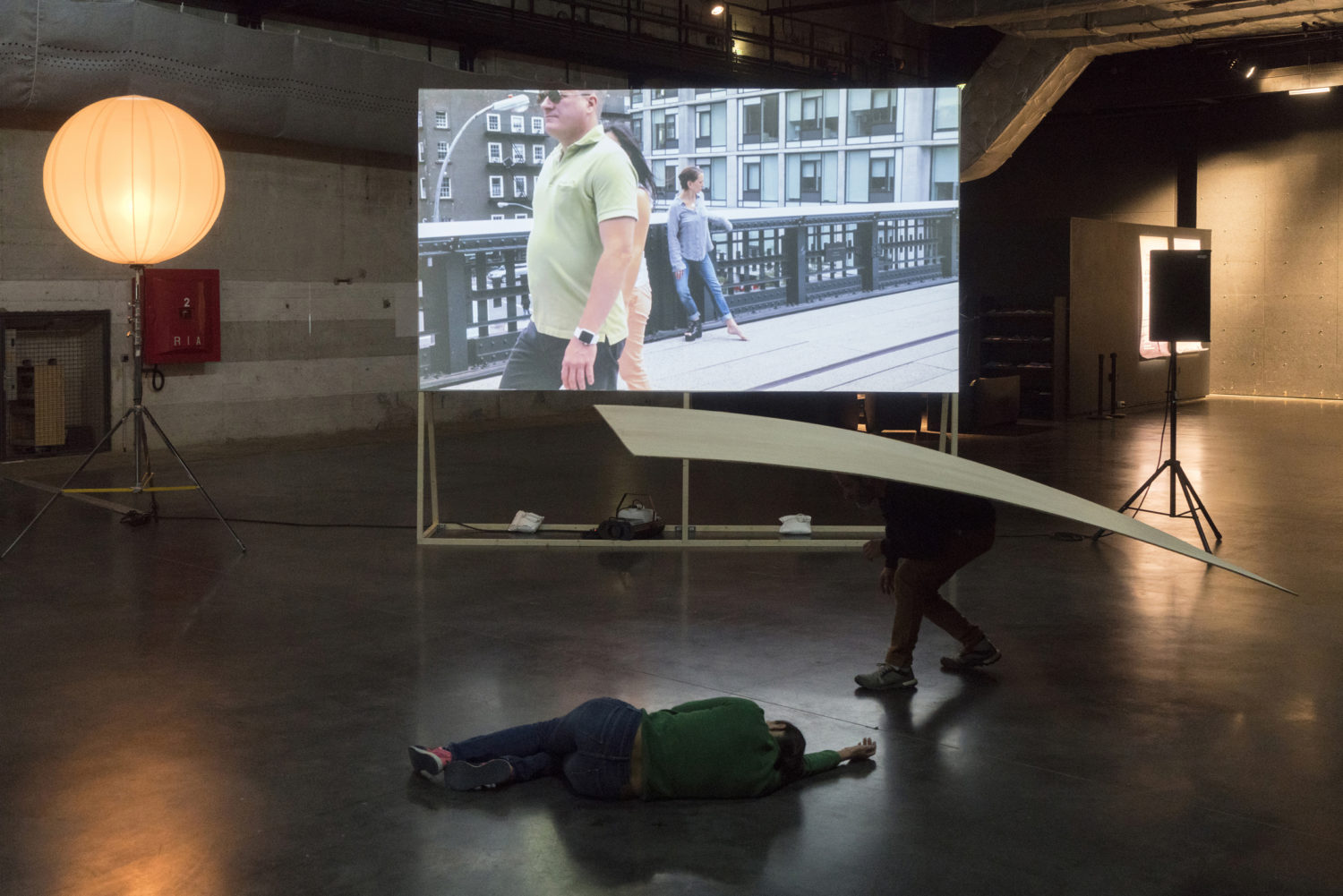 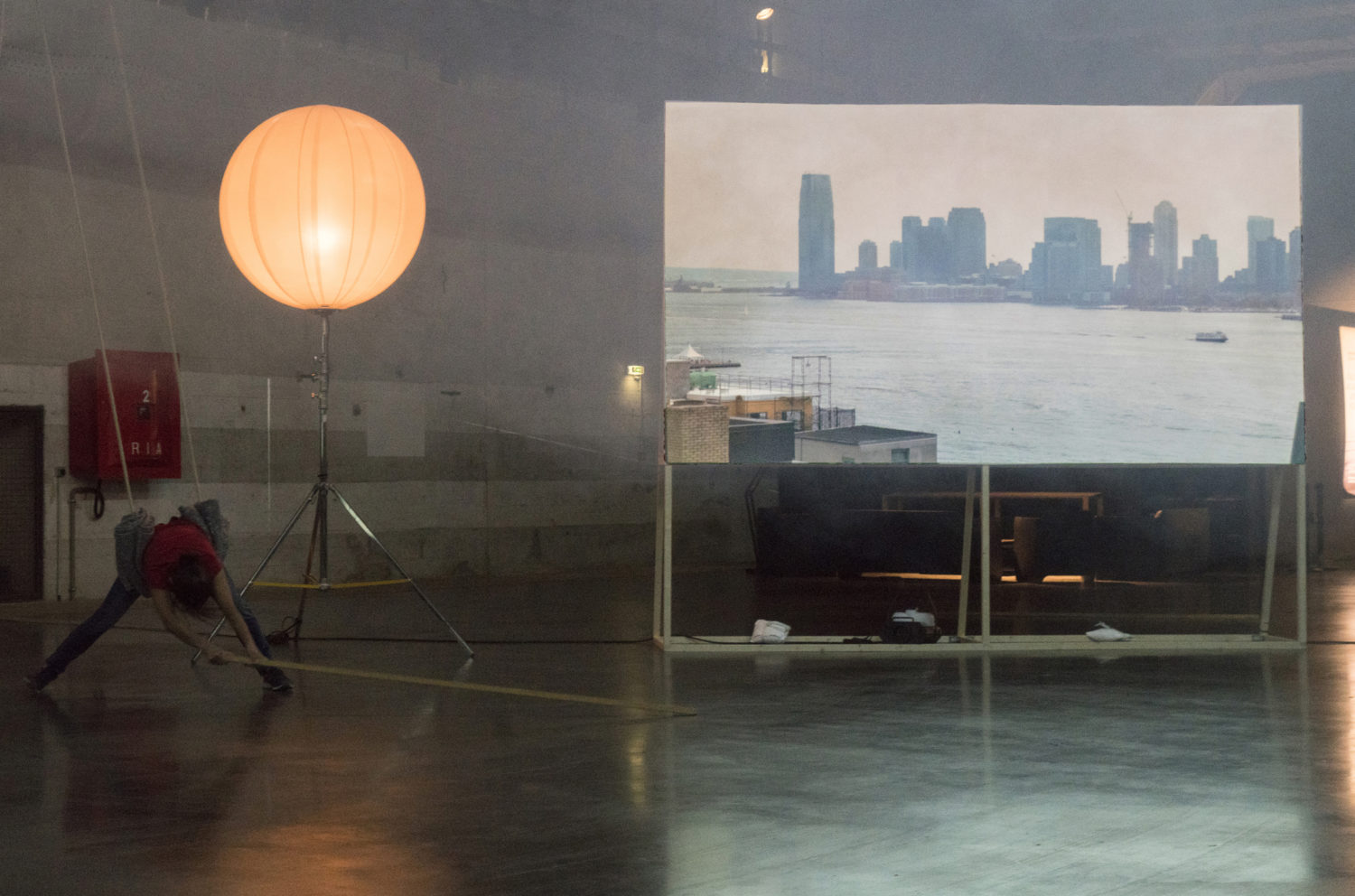 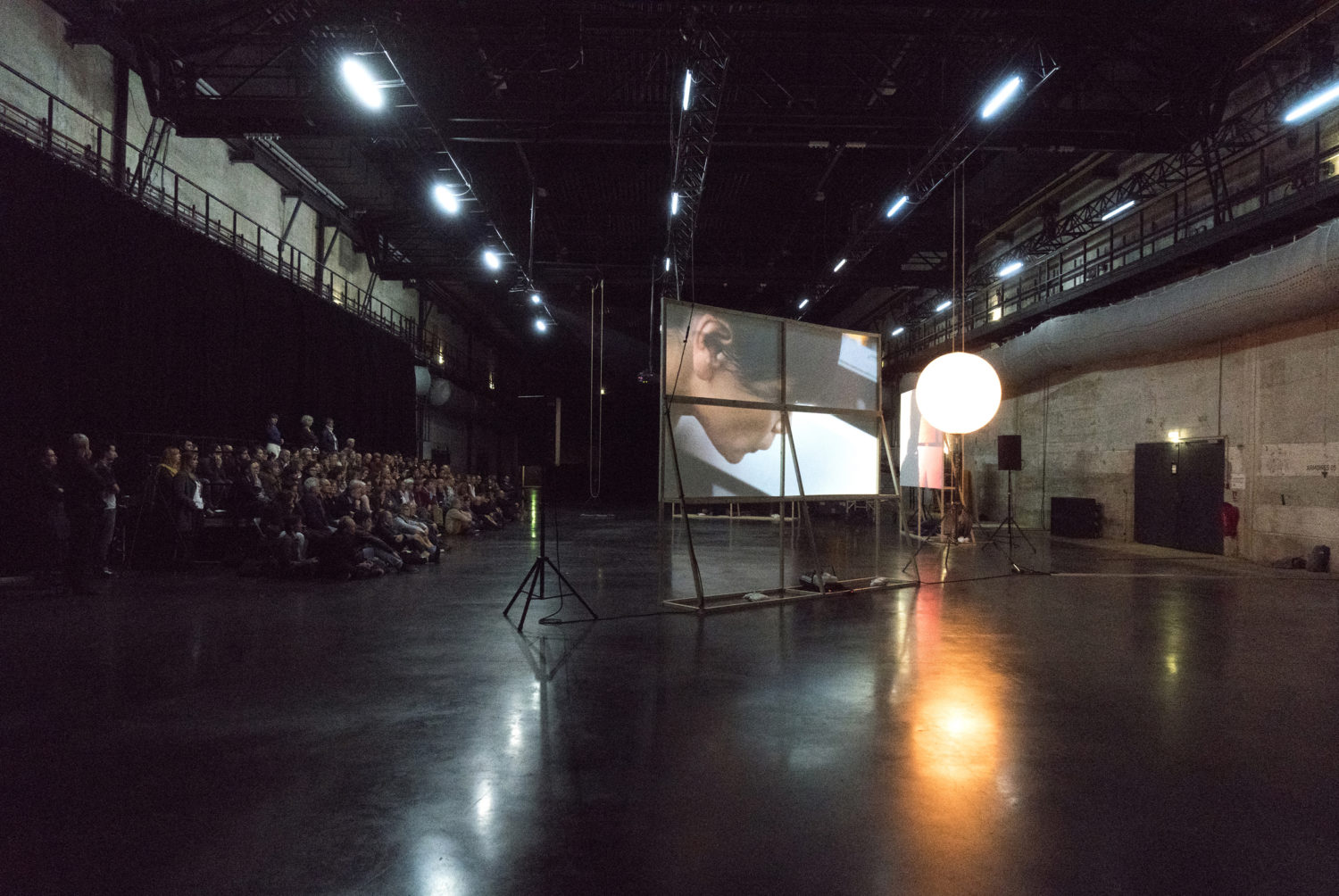 “In 2013, following an invitation from Sophie Claudel, cultural attaché at the French Embassy in New York, for the ‘Carte Blanche’ programme, I imagined a project that would compose a portrait of New York City itself through its inhabitants, its spaces and the connections between them. My perspective as a dancer and/or my body are implicated, depending on the medium employed: film, performance, soundtrack. I asked the visual artist Jocelyn Cottencin to join me in elaborating the project A taxi driver, an architect and the High Line.” Emmanuelle Huynh

New York still occupies a special place in our collective imagination, it is probably one of the most familiar cities in cinema. The project A taxi driver, an architect and the High Line doesn’t directly rely on these imaginings. It takes the body as a prism for reading the city. The body placed in space, its gestures and rhythm, reveals those of the city and its architectures. Our gaze is sharpened by physical presence, walking, dancing, and lets us actively and discreetly highlight the movements of the city, its masses and its transformations. A taxi driver, an architect and the High Line is a film trilogy. It is a portrait of the city through three characters and their relationships to space and architecture. The first two figures are a taxi driver (Phil Moore) and an architect (Rick Bell). The third is a landmark, the High Line. A green corridor in the heart of the city, the High Line is taken metaphorically as a person crossing the city, revealing it and provoking encounters between people and stories. The films simultaneously bring together physical memories, personal stories and spaces. Each film navigates between fiction, documentary, performance and poetry.

The project is above all a dialogue with each protagonist, researching their physical memory and their personal history. Gestures, movements, displacements have been identified. These gestures are re-engaged in the city. They can be returned to their original context as displacements. Every action is in a dialogue with the context and asks that space be interpreted through the space of the body. In counterpoint, the city is looked at with an interest for everyday activities, gestures linked to work, to the rhythm of the city. The project is engaged with and confronts the reality of spaces and actions. A taxi driver, an architect and the High Line is also the shared artistic adventure of a choreographer and a contemporary artist in which they are both permanently questioning each other’s fields. The danced gesture, however discreet and personal, is a tool for experiencing and defining urbanity while the space and temporality of the video installation becomes a support and then in turn reincorporated in the choreographed performance.

The performance extends what is established by the installation. The films thus become both a narrative framework and a musical score.

The principle of memory activated in the present extends to the worlds of music and the visual arts. Evocations, deformations, reinterpretations of performances by major artists and choreographers of the 1960s New York scene such as Robert Morris, Simone Forti, Trisha Brown, or David Gordon and references to contemporary choreographers, DD Dorvillier, Jennifer Lacey, Xavier Le Roy rub shoulders with the musical experiments of Moondog, Animal Collective or Suicide. Our own actions are thought of as the ̀fourth screen of the installation, a landscape made of time and movements.

Emmanuelle Huynh
Born in 1963.
Lives and works  in Rennes.

Jocelyn Cottencin
Born in 1967.
Lives and works in Rennes.